@ddsmom17 thank you. Shame about Bender. It'll be interesting to see how Mollg does midday.

Sweet looking family. Ty has grown up into a fine young man and Riley is adorable!

Life doesn’t get any better than this. Can you believe Ty is so tall and a high schooler! #homecoming2019
https://www.instagram.com/p/B3BQmj4HRQm/

Jason has been doing Friday donuts with daddy for awhile with Riley and Tye. Nice to see it's going viral.

jasonmesnick
Verified
Donuts with Daddy is going viral! If you missed this week... we’ll be munching on donuts every Friday! #donutswithdaddy

His season and wedding with Molly is currently on Netflix if anyone wants to watch again. Hoping they add more seasons too.

@Linds911 thanks for letting us know!

Just started watching on my random sick day. I find so far that I really love Jillian! Also he reminds me so much of Ben H. Or I should say Ben H reminds me of Jason? 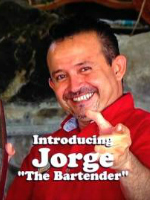 Happy belated 10th wedding anniversary! There are some nice pics in the IG slide.

mollymesnick
Verified
Tackling life, hand-in-hand, for 10 years straight!
.
I don’t think anyone really knows just how incredible @jasonmesnick is... He goes to workout EVERY morning. He reads from a book everyday. He is WILDLY successful in his career - giving 150% to his work, while also giving 160% to his family. He coaches Riley’s teams and shows up to EVERY single one of Ty’s games (corrected by Ty: he’s at 98% of Ty’s games

). He legit maintains every relationship in his life - never going too long without connecting with a friend (whether it’s over lunch, coffee or on the phone)! He’ll be a single digit handicap golfer this year, does all the laundry, never complains, never gets rattled, and this all isn’t even half of it! @jasonmesnick - you are SUPERHUMAN! I strive to be more like you every single day, and am so proud to call you my partner!
.
Happy 10 year anniversary - I can’t wait to see what the next 100 brings us! (Just kidding - we’ll be dead by then, but you know what I mean

I vividly remember watching their wedding when the heavens opened and poured on them. Somehow, the rain made it more beautiful. 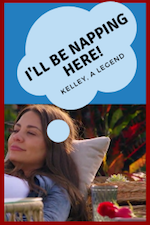 Molly didn't care, she was marrying the love of her life!

I was not a fan of them in the beginning, but they got me in the end. They absolutely do belong together.

This is the season that started my crazy Bachelor "journey"!

I had been introduced to the show by a friend of mine and I sort of half watched, not really paying that much attention until somewhere I ran across some info that there was a spoiler...what was that?...for Jason's season and that there was a switch happening. I followed the links and found FORT and RS...and fell down my very own rabbit hole never to emerge again.

I had watched this season because of Jilly. Didn't really care about Jason or Molly...they were blah. For whatever reason I didn't care for Melissa. I think it was because she was always "on"...too much peppy cheerleader for me, annoying and fake...little did I know!

I devoured all the behind the scenes info on how the show worked...manipulation, editing, etc. Mind blown!!! Eventually when FORT splintered due to infighting that was Emily's season I was invited here and here I still am.

While I wasn't crazy about the switch and never thought Jason and Molly would make it, like many others, I did come around and came to appreciate all the BS they had to put up with to overcome tptb and the public. While Jason didn't float my boat, I never thought he was a bad guy and never understood why people felt the need to hate on them. Personally, he is the one I can thank...or blame...for getting me suckered in this ever increasing idiocy. Oh, to be back to those simpler times!

I felt so horrible for Jason, and if "you want Molly you have to choose Melissa" theory.

That was a good season of sleuthing too. Molly, before we knew it was her was PDG (purple dress girl) s/cap of her walking to the FRC and a sliver of a purple dress.

Was not a fan of Melissa at all, saw right through her fakeness, (ATFR too) then had to watch her on DWTS when I used to watch every season. Credit to her, she has a beautiful little family too.

@veg_out I too remember the wedding. The weather didn't rain on Molly's parade, she was beaming that day.

It's so hard to believe that was 10 years ago and more if we count the sleuthing and airing of their season.

@GuardianAngel Love finds a way!
@Sprite Those were the days! Memories - good and bad!