Not that I think this really contributes to why JoJo wasn't shown hugging the parents, because IMO, I don't feel like that was something significant that needed to be seen, I did want to point out though that it could also be possible Luke's hometown date was shorter than the rest. IIRC, JoJo was spotted at the airport the morning of his hometown. She wasn't able to fly in the day before due to the having to spend an extra day in Florida for Robbys date. It very likely could have pushed his date back some which caused them to rush his date IMO. They had to make sure to cover the essentials for his Bachelor edit.

@GuardianAngel wrote:I am not directing my post to anyone in particular. There was discussion around why Luke's parents were omitted when saying goodbye.

My point is, what difference, from an edit standpoint would it make to air that part of the evening?

There are always events that are omitted. I didn't see Chase on the ice with a hockey stick.

As per Kasha's timekeeping, all HTD's had around the same amount of time. Luke needed his time allotted in the hanger.

I cannot believe for one second, everyone got up and left without thank you's and nice to meet you's. If it looked that way, IMO, welcome to the world of editing. There was drama at every HTD. Luke's drama happened in the hanger, just as they planned it for the cliffhanger. That was more important then the 10 seconds of goodbyes IMO.

IA with @MiniDiva - there has not been any mention of Luke's life/career as a musician which IMO is a huge factor to consider in a relationship.

It doesn't mean that him and JoJo didn't talk about it.

I have no idea why TPTB would want it out of the storyline, but it seems they did.

IMO his music career is not important to TPTB. It doesn't fit in the storyboard. He's not the F1. His role is to leave dramatically in order for him to be the fan favourite and the next lead.

If he is TB, IMO his music career once again will not be the focus going forward. It will be all about JoJo letting him go after he was a little to late saying ILY. We know that's not the reason JoJo let him go, but we'll hear about it over and over just like we do every season. He will be telling his contestants to be open and don't hold back like he did, and all that jazz.

Yeah, like one long 20 seasons of groundhog day without Bill Murray.

Yea, I just don't think TPTB care if he is trying to become the next big country star or not.

And honestly, IMO, advertising that lifestyle is what his chosen one would be walking into is not a huge selling point.  The couples have enough to deal with fan wise IRL after going public.  If you add him out interacting with fangirls to build his career all the time, with a new relationship, it's just going to be a field day with the tabloids, IMO.  Your just handing them a free pass for cheating scandals to be the go to phrase.  Especially while he'd still be in hiding with the F1, but I doubt it wouldn't get too much better once public.

I wish him good luck on the carrier and a relationship while building them both, no matter if he becomes the next lead or does it in his own time, his way.  Cause it won't be easy, IMO.  Lots and lots of sacrifice, willingness to compromise and continually work at a relationship, etc., and neither road life (and together all the time) nor long distance relationships are easy.

Thats not to say he and his F1 couldn't make it work, many in the music industry are dating long term, engaged or married.  I just think it'd be adding more for the new couple to deal with as soon as they go public.  But I'm sure he'll really think things threw and weigh all his options and ask for friends and families thoughts be for he makes his decision and does what's best for him.  JMO. 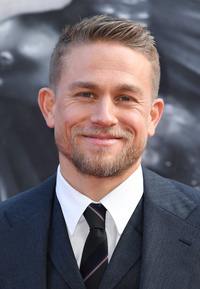 I actually disagree. I think they will highlight his singing career (among other things) and I don't see Luke doing the show if they don't. They can still do the ILY theme. JMO

@Ladybug82 Let's remember that this show thought Iowa was a selling point.

Not just Iowa but small town, population of 400ish?, Iowa!

Sorry, I forgot I was talking about the show who loves plain vanilla, no sprinkles or food coloring allowed!

IMO he doesn't need TPTB's help with his career advancements. He's doing just fine right now on his own merit.

If he was truly his own smart, confident man he would tell MF where to stick his guitar.

I'm still not convinced that he would take the next Bachelor role if offered.