@Bobette wrote:Nichole has started following Ryan, and Kade, who hasn't yet been released in the media (I assume Jacques from Daily Mail is still drafting his article

This suggests to me that either:

A. She's got insider info of the contestants for Angie's season and is assessing her options for Paradise; or

B. She's visiting our site... in which case,

Quite a few girls from this year’s Bach are following the guys - so I’m guessing perhaps there’s some insider info at play?

@NancyDrew, have you spotted any we haven't already locked down?

Names we're still looking for from the New Idea article:

Alex - 26 yo party boy from Adelaide who hangs out on the GC; pretty face/long blonde hair (could be Thor Hair IMO)

Warrick/Wazza - from QLD, has a concreting business

ETA:  No prize for guessing who Monique's set her sights on for Paradise IMO.

Aussie Dog Guy and the Dog C*** Girl. It'd be a match made in meme generator heaven. 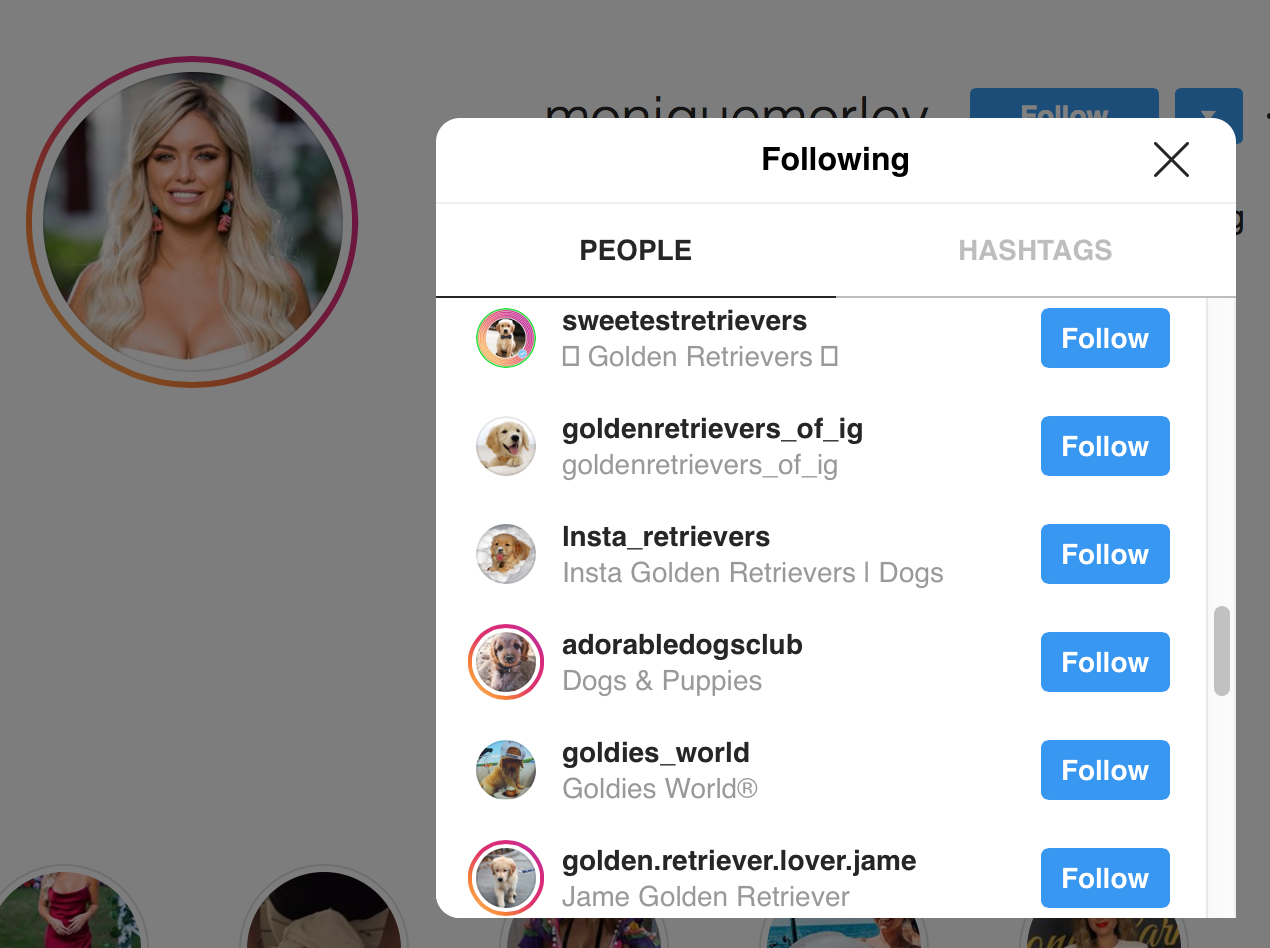 Who Magazine wrote:The Bachelorette is set to return to Australian TV screens for its 2019 season very soon, with Gogglebox star Angie Kent gearing up to find The One.

As we wait with bated breath for the down to earth reality TV star to hand out her first rose, we can reveal that the first episode is set to air on September 24, exactly one week after Matt Agnew's explosive season of The Bachelor draws to a close.

I don't think the new season of the Bachelorette will do well. Views will be fatigue from the just finished Bachelor

As for the type of man she's after, although Angie says she's not too fussy, he has to have a similar sense of humour!

"They have to be funny," she said during a chat with Kyle and Jackie O on April 1. "Like, you need to be a bit quirky, a bit nuts. In a good way! I want to have a laugh. That's my big thing."

Australia’s next Bachelorette may need to kiss a few frogs before she finds her Prince Charming… will Angie live happily ever after? #BacheloretteAU starts soon on 10. pic.twitter.com/jTGtHeenOh

This is a mighty big smile. She looks very happy IMO. 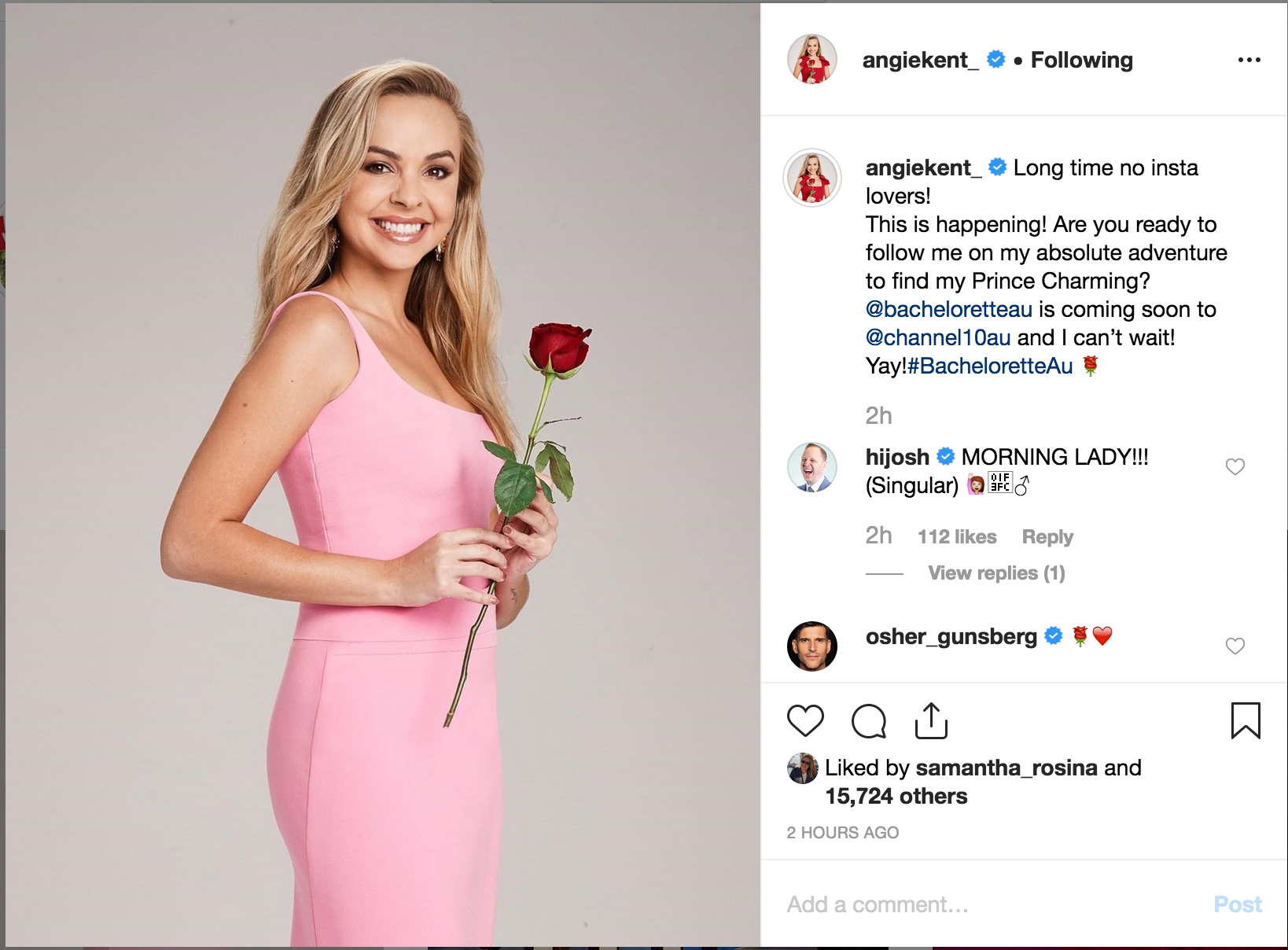 After watching Angie on TV for so many years I feel like I'm pretty familiar with her facial gestures and she's one happy camper, IMO.  If that promo was filmed recently I think we're in for a good one.

I think that pic of Angie smiling in the pink dress was before she started (or during) filming and same with the promo and not done afterwards? Unless it's been stated somewhere or sleuthed it was done after filming ended?

Looking forward to seeing the men and watching the season. Hopefully there's some good ones!

Matt's was filmed a week after the FRC and he looked VERY different to the pre-show IG pics.  No pap pics of Angie's promo being filmed but presumably that's because it was mostly shot indoors.

Angie's hair looks different in the promo to how it was pre-show IMO.  The pink dress IG pic was probably shot pre-season but IMO the promo would have been filmed after, and to me she looks happy. 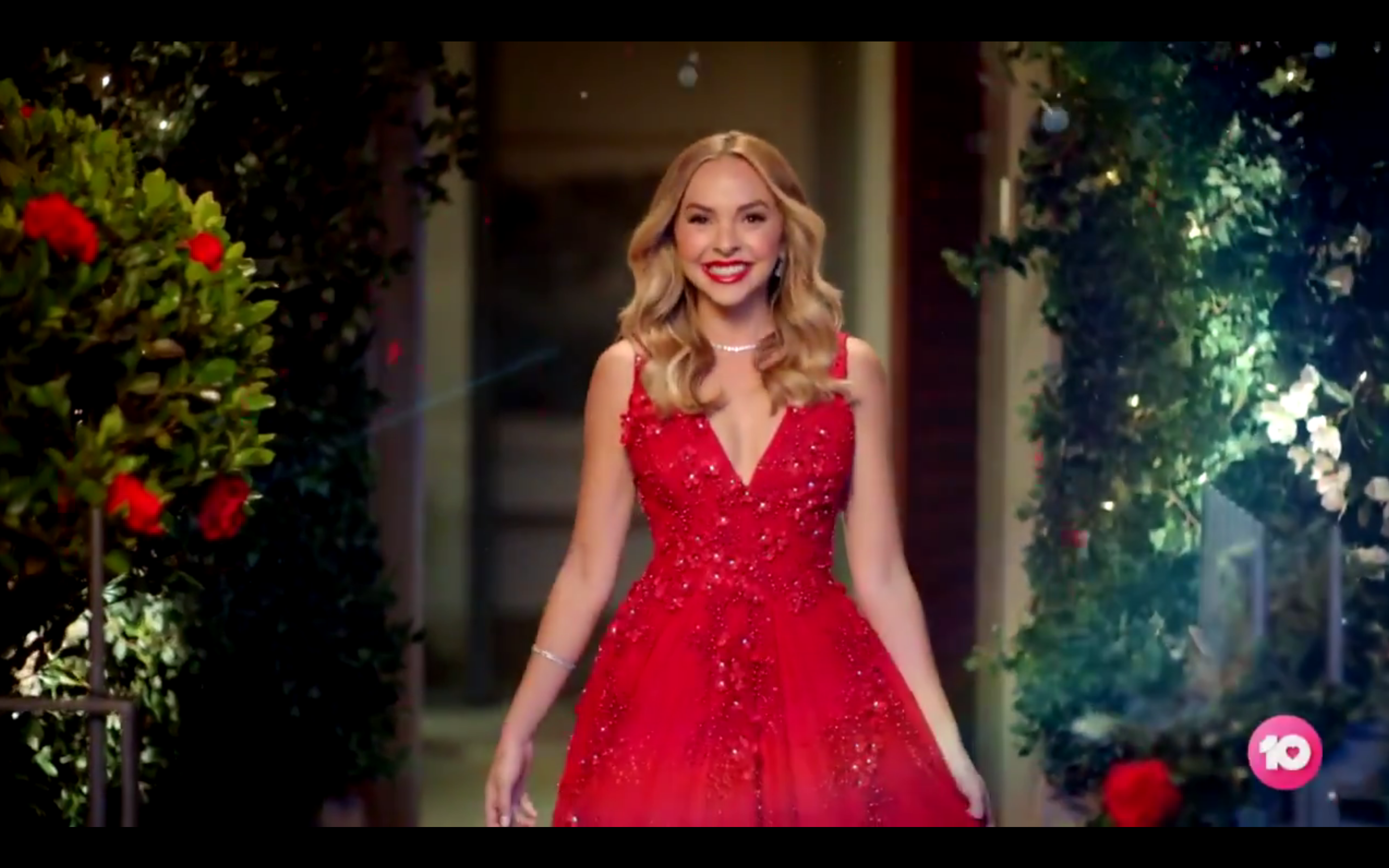 I see a difference here between Angie's normal appearance pre-show and what IMO she looks like post-show appearance after weeks of grooming.  Her hair is shorter, healthier and more honey-coloured. 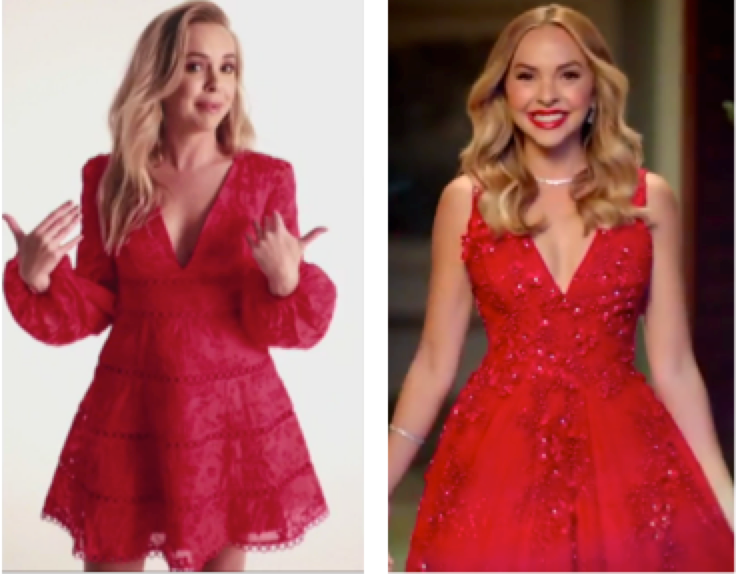 ETA:  Another indication the promo was filmed post-show - as this article points out, there is no Osher, which makes sense since IMO he would have gone on paternity leave straight after the FRC.

And this is how she looked when she was papped today: 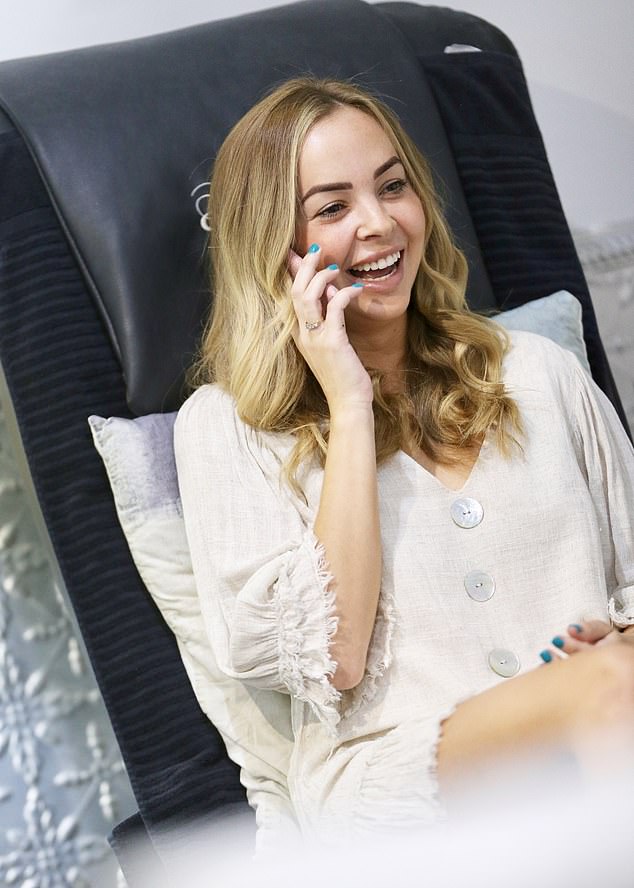 She looks a lot like she does in the promo here, IMO.

So many quick shots of MEN!  Unlike Bach, F1 or F2 are usually seen in preshow Bette media IMO.

Needs to take some screen caps...

First look: “Bring on the gentlemen!” Angie is a Bachelorette like no other. Her Fairytale begins soon, on 10. #BacheloretteAU pic.twitter.com/HJdOLJfY2R

Woohoo!! Bring on the men!