It seems like Matt is the male pheromone master. The ladies do seem to really like him. 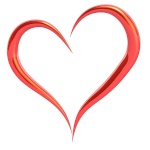 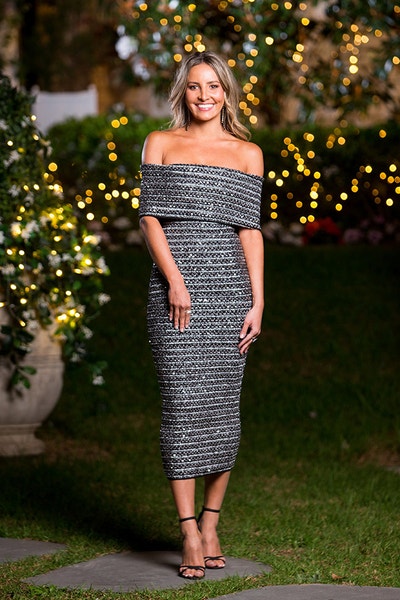 Snipped from episode 9 recap. Good on you Kristen!

@Bobette wrote: Matt tells the girls that they will be releasing their emotional baggage by jumping out of an airplane and I would like to illustrate their reactions, left to right, using a series of emojis: 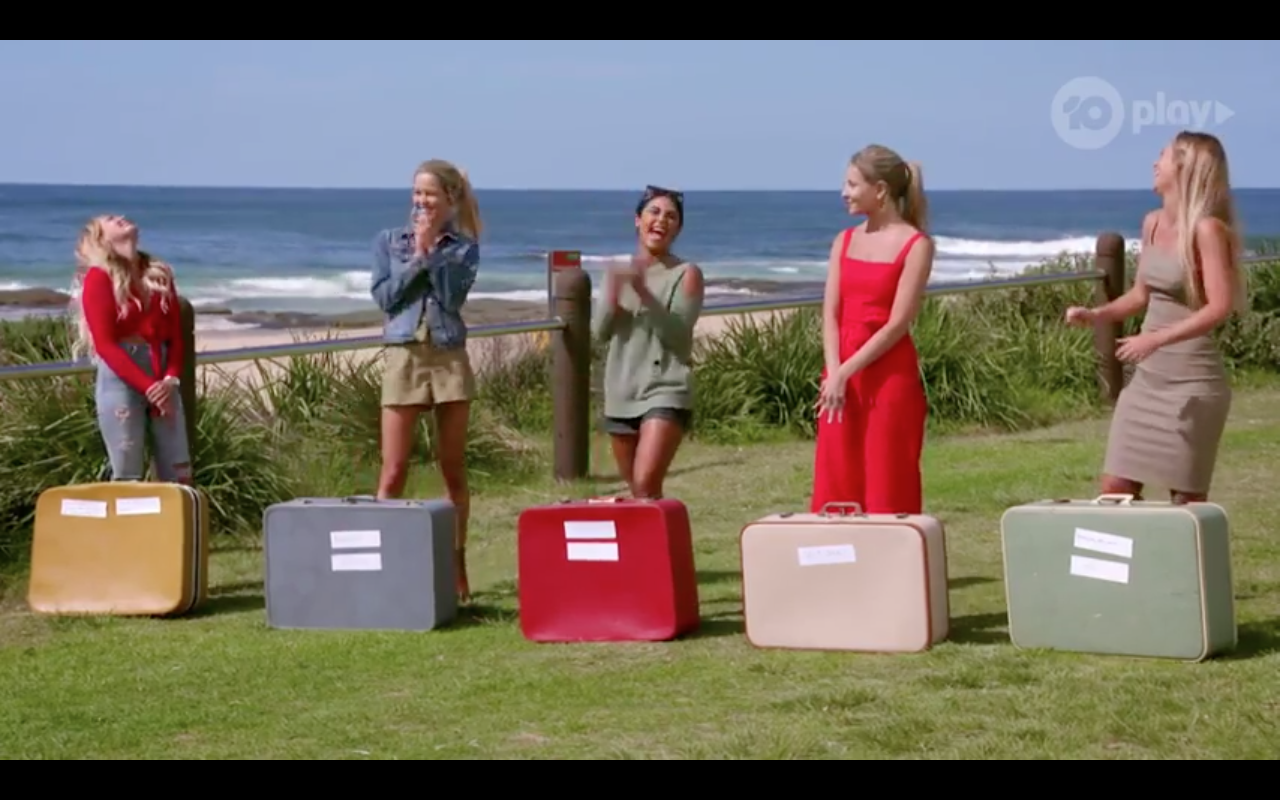 Poor Kristen has clearly made the rookie error of being truthful on her application.  NEVER TELL THEM YOUR FEARS.  Afraid of heights?  Your date will definitely be 100+ feet off the ground.  Scared of snakes?  It's a one on one at the zoo for you!

She's sh*t scared, and yet still she smiles.  Bless her sweet little heart. 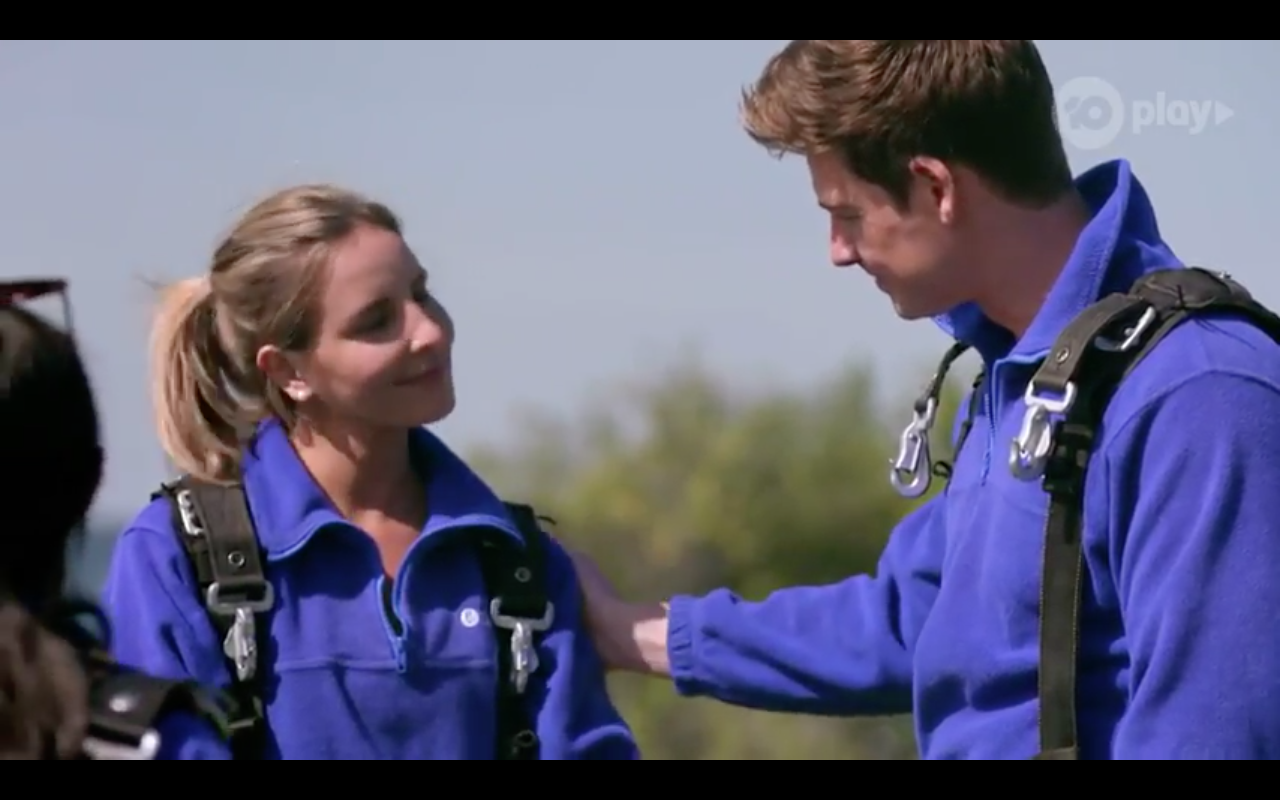 Matt is genuinely caring and supportive of her.  Once again, Top Lead IMO. 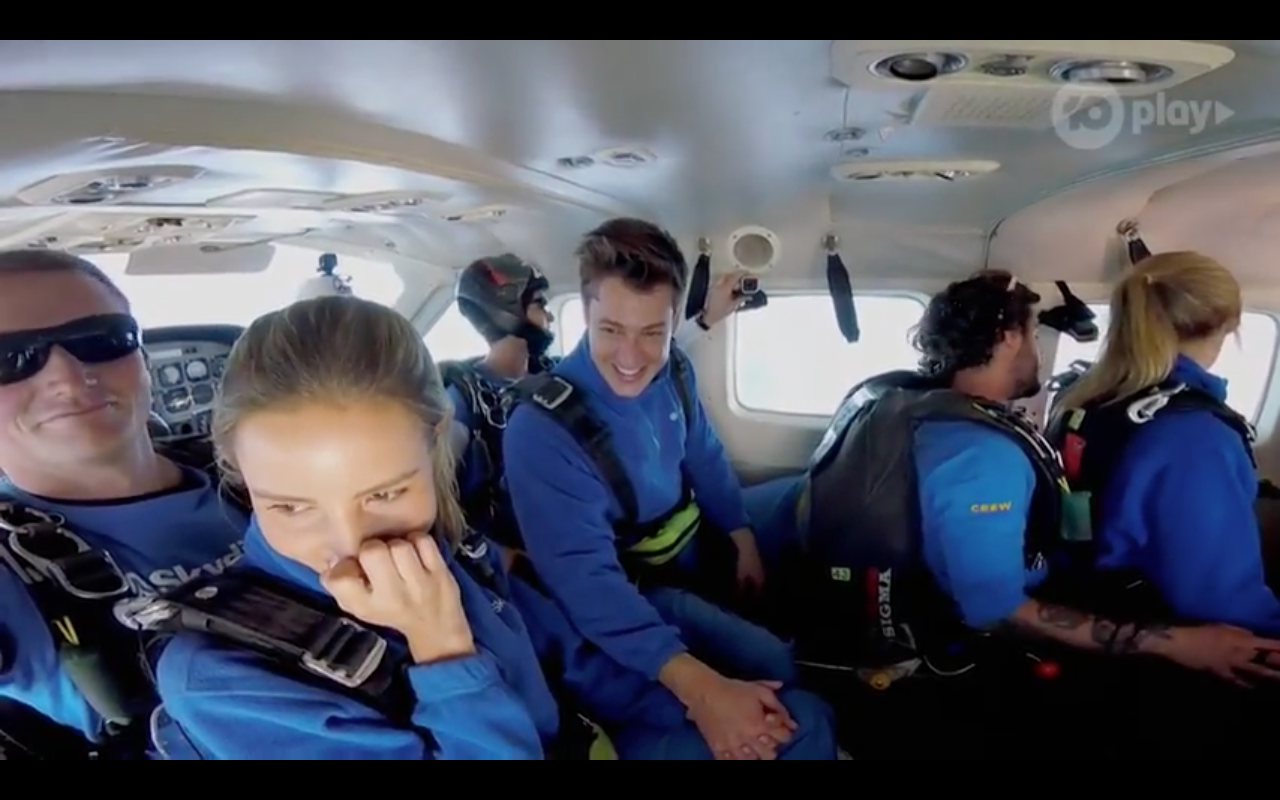 Helena loves it and her instructor seems pretty happy to be strapped to her.  They'd make a cute couple. 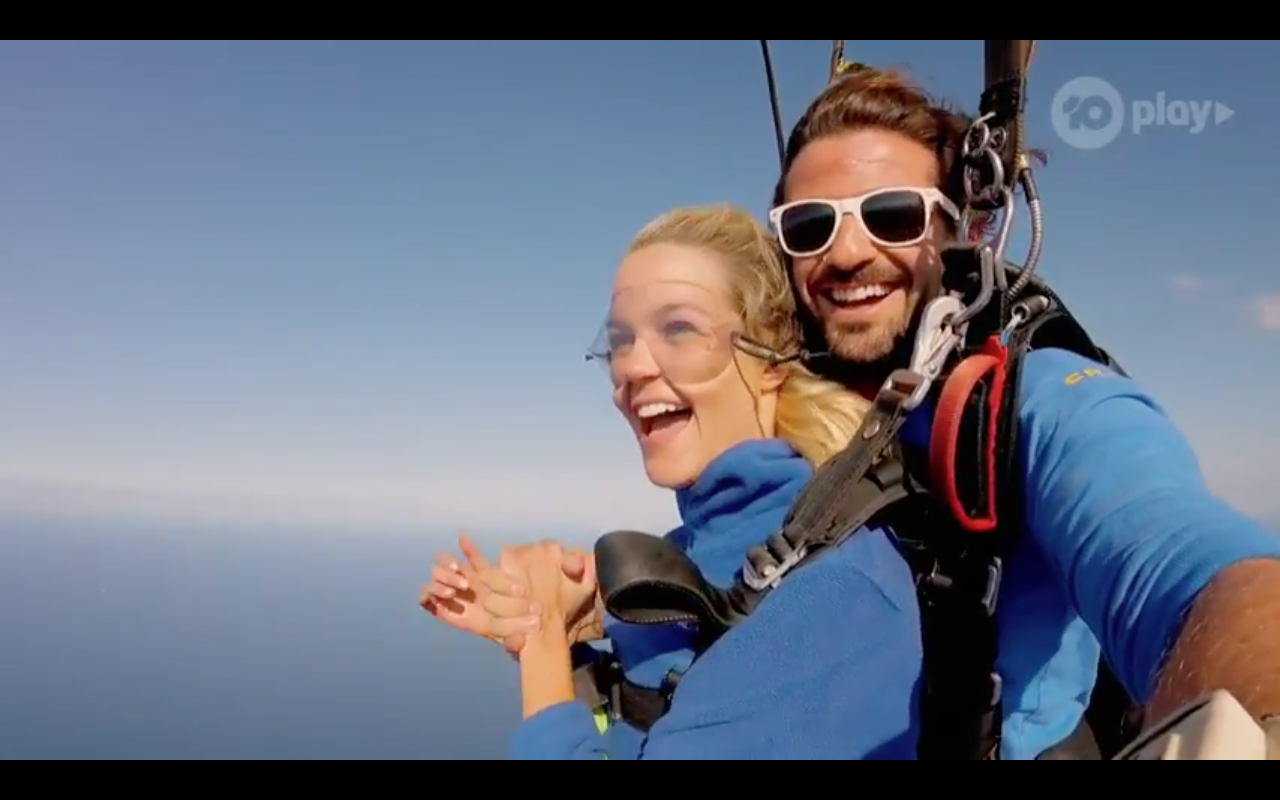 KRISTEN DOES IT! Good on her.  And what a difference in her body language before and after. 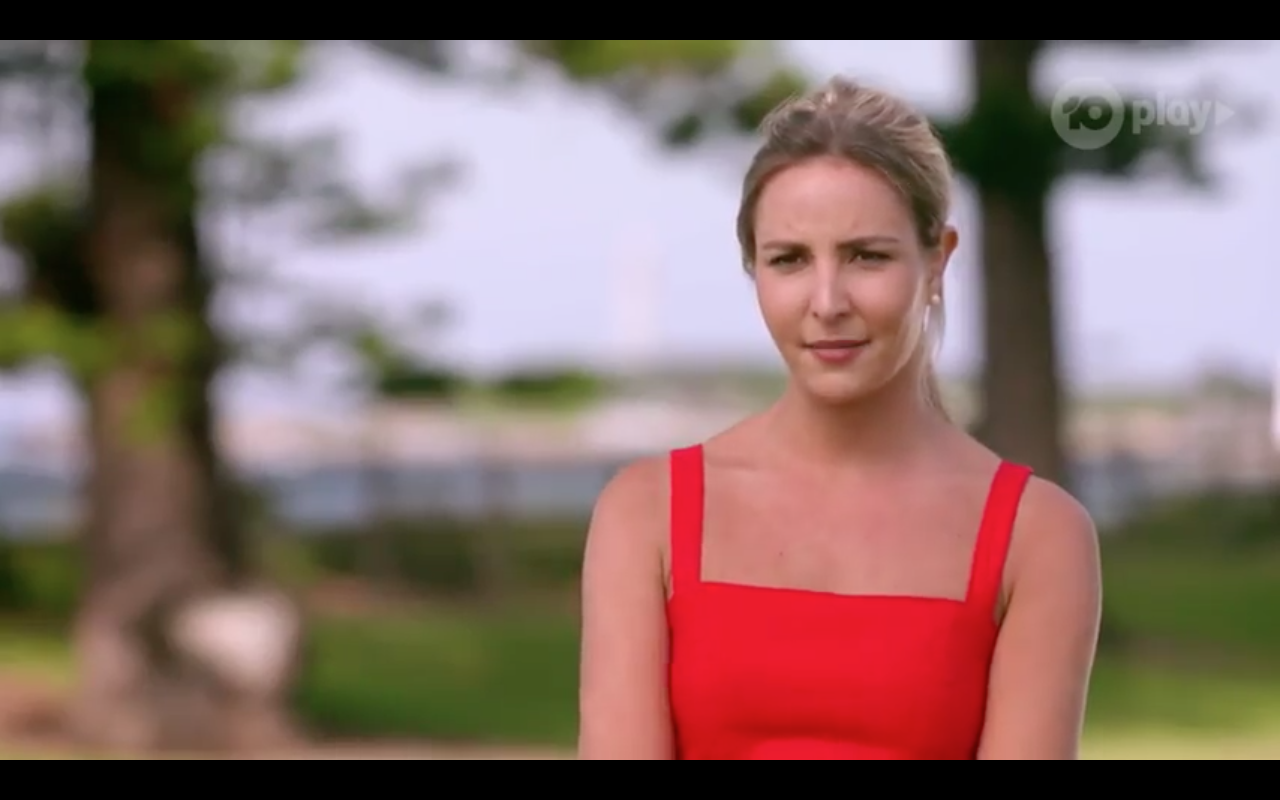 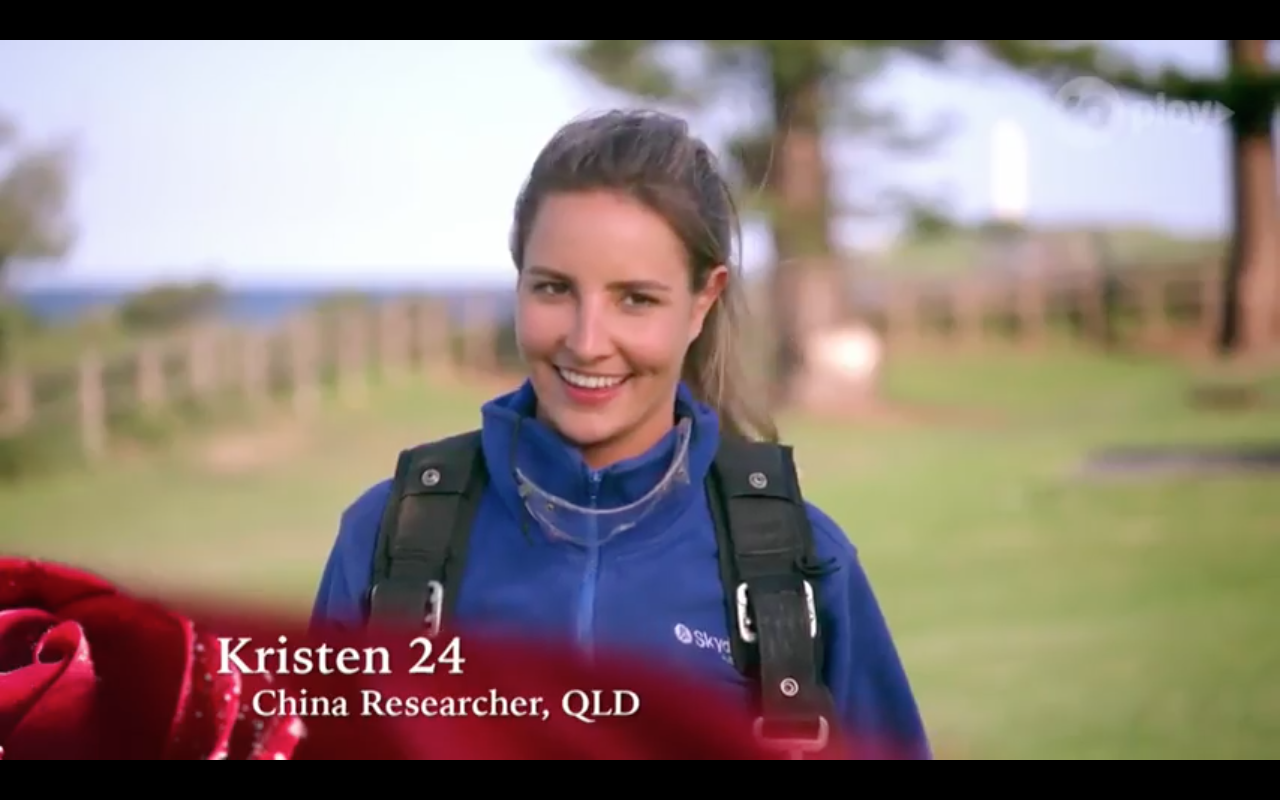 That was great to watch.  Time to make a cup of tea and then watch Part C... 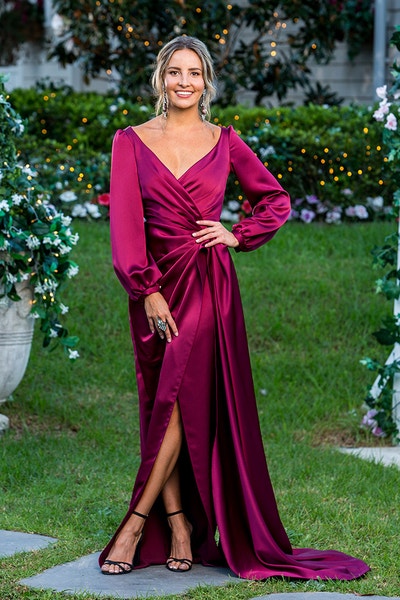 Pretty much exactly what we hypothesised: 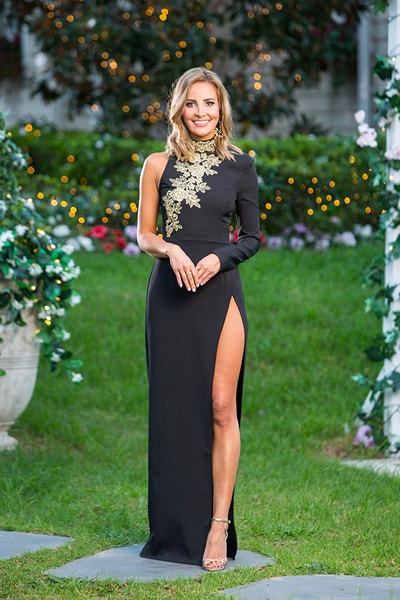 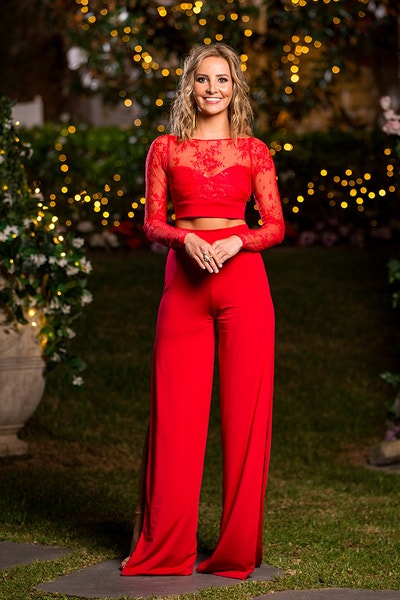 Watching the drama go down between Elly and Abbie like... #TheBachelorAU pic.twitter.com/9d7ctJYiMu

Kristen needs her own spinoff show.  They'd never make her Lead after the edit she's got but I'd love to see it.  From what she said in the Extras, she genuinely does not have a type.  They could have a whole cast of REALLY diverse men, if they had the guts.

It's a sad  to the lovely Kristen. We won’t forget how you overcame your fears and threw yourself out of a plane for our Bachelor. What a woman! #TheBachelorAU pic.twitter.com/uCe4qtjsKD

Do you think we can petition TPTB to release all the good stuff of Kristen they edited out because it didn't fit their typecasting of her as quirky China girl?

Kristen for BiP thanks. 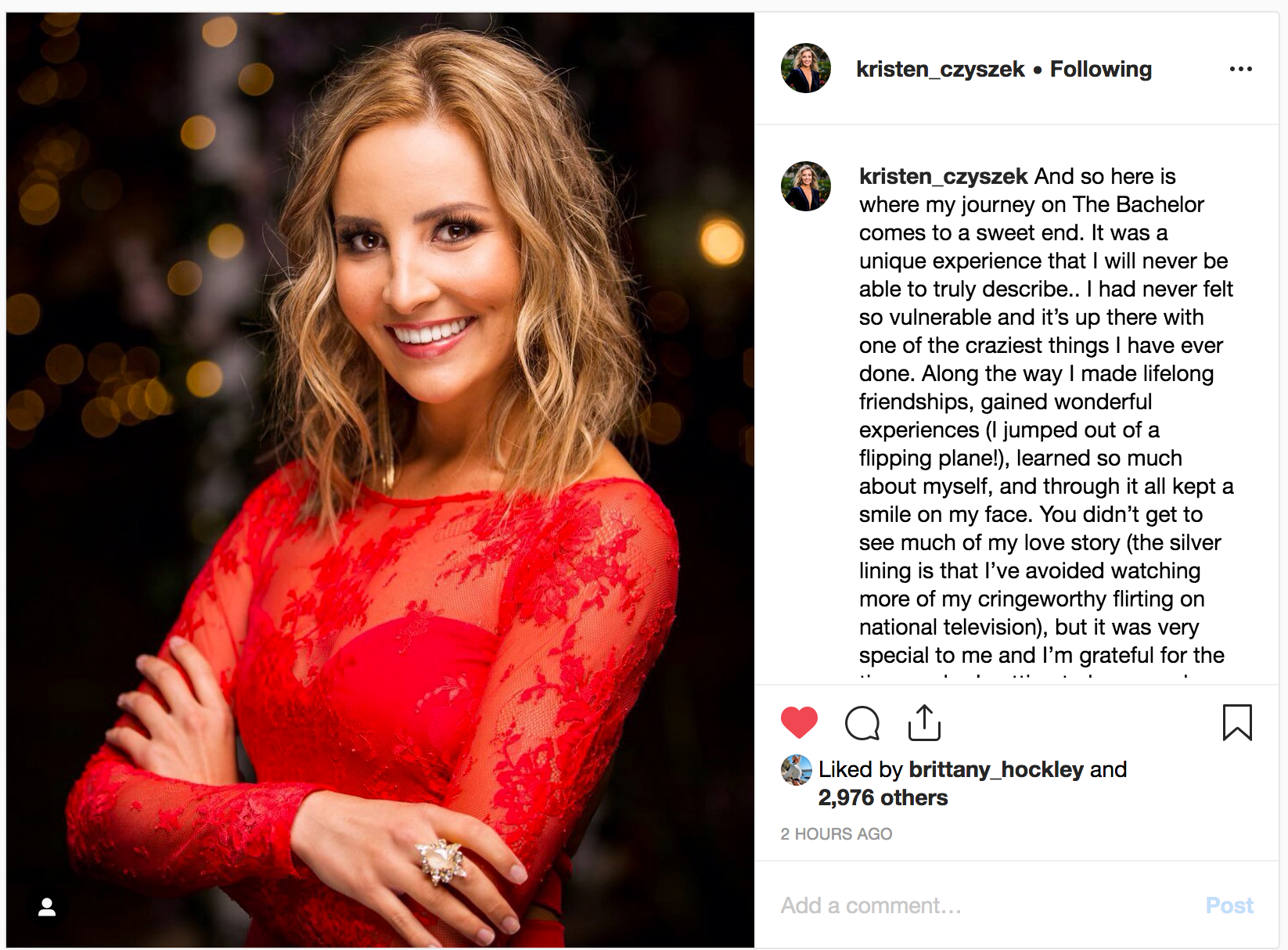 Interesting interview with Kristen confirming IMO the chemistry myself and others thought we saw from the paparazzo pics.

"I don't know what happened." The Bachelor's Kristen on her portrayal as 'China Girl'.

For The Bachelor contestant, Kristen Czyszek, there are two words Australia will unfortunately remember her by: China Girl.

In the season premiere we saw the China researcher make her way to the bachelor mansion to the tunes of stock oriental music, before telling the camera: “Hopefully I remember how to speak English,” and that “fun fact, sometimes my friends call me the China girl!”.

Watching at home, some were offended, myself included, while others were shocked, or just plain confused at the questionable cultural appropriation happening on our screens.

However, speaking to Mamamia on the day after her eviction, the 24-year-old is adamant this wasn’t a true reflection of who she is as a person. Kristen says that watching herself in those initial episodes were confronting, and she is quick to clarify that the words: “China girl” were purely a joke.

“This is reality television and we are put into characters and little did I know that that would be mine,” she says.

“It was a little bit confronting for the first couple of episodes. I had no idea this was the plan for me, and it’s disappointing to see that the only conversations that were shown of my time on the show was when I had something to say about China or speak in Mandarin, because that was what was vaguely relevant to the show or the story line.

“I shot myself in the foot by saying that’s something my friends joke about, and they kind of just ran with it, and here we are… now I’m Australia’s China Girl.”

While her passion for China was definitely exaggerated, this also meant audiences weren’t able to see her and Matt Agnew’s genuinely “intimate and close” connection.

“I knew we had such a strong connection and it was ready to be explored further with another date, but we never got to see that,” says Kristen, the disappointment evident in her voice.

“I’ve been watching the episodes, knowing they aren’t a true reflection of the situation, or my time on the show. There was so much more of me having a connection with Matt that people haven’t been able to see.

“I don’t know what happened.”

For example, while we watched her and Matt give each other sea salt and coffee body scrubs on their first and only single date, Kristen says there was more to their encounter than flirty banter and innuendo.

“After that we had time to talk over wine, and it was really wonderful to learn so much about Matt’s life and open up about mine. We talked about who we are, our interests, and what we’re looking for in a partner. It was so wonderful and intimate,” she says.

“I think that because our time together was really intimate, and we got very close, if they had shown that footage, it wouldn’t have made sense to viewers why I left when I did.

“And it doesn’t really make sense to me, but it is what it is.

Also interesting is this article confirming Kristen fled back to China after the show and became an SM ghost, exactly as we hypothesized.

She even uses the word "gosh" unironically

What a petal.  Paradise please. 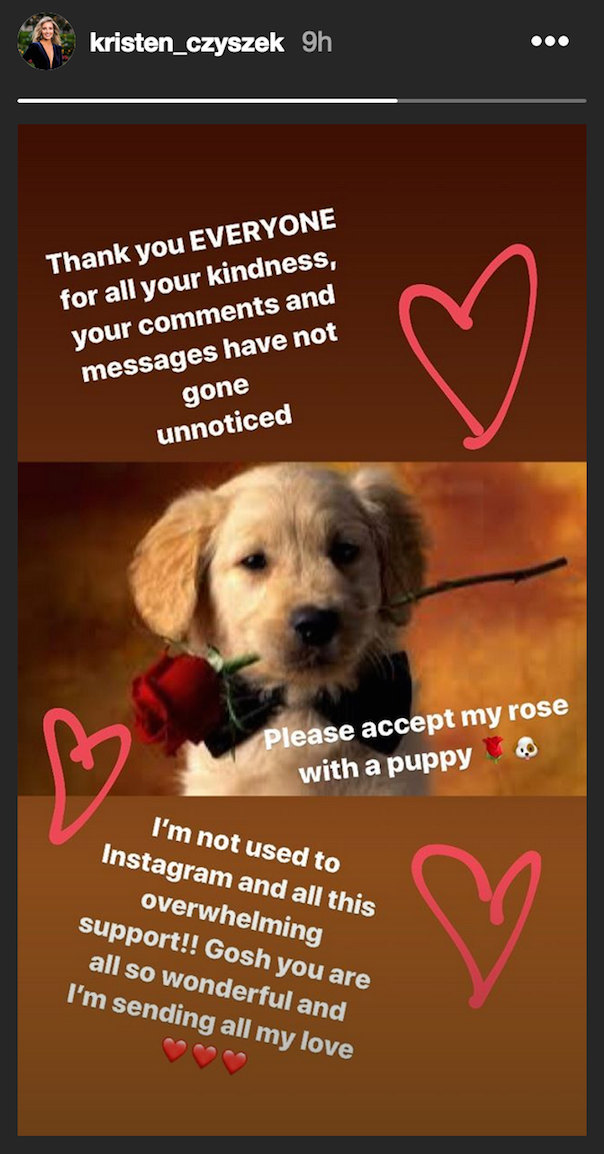