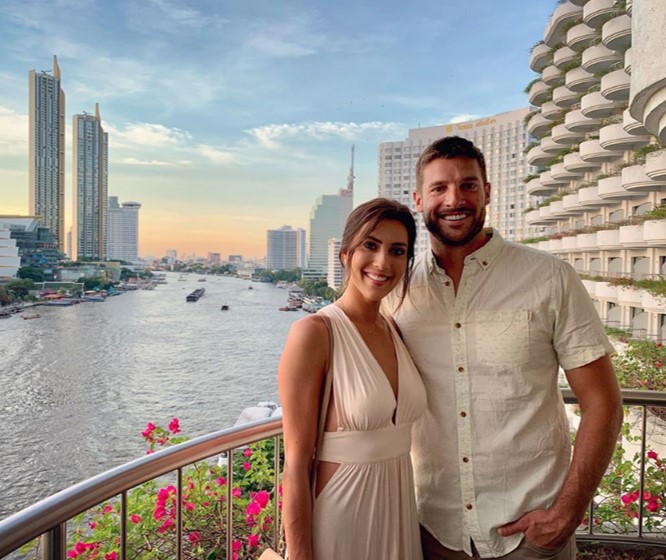 Wow that’s a stunning picture, she looks like Marilyn Monroe 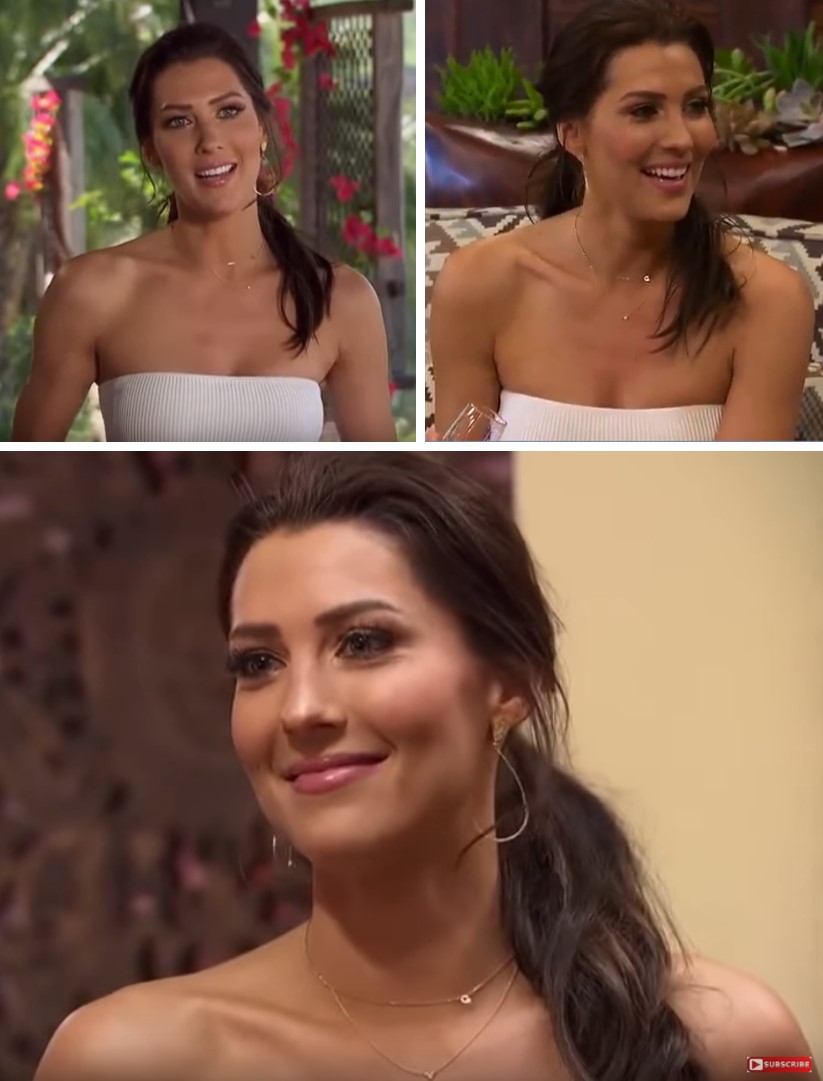 I know I am biased, but, just look at how beautiful she looked at the reunion. And that pendant! Yes, Becca! Show it off, girl!

PS: So guys, I have a question! Do you think Garrett knew that B loves gold jewellery when he chose the ring? Or did the producers tell him that? Or he just happened to love the gold ring because it stood out?

@iampawsitive I liked a lot of the Bettes at the reunion, but I really thought Becca looked the best out of all of them. Her outfit was simple and elegant and her make up was natural. They are all pretty women, but some of their clothing choices had me

I have thoroughly enjoyed following along on their Thailand trip. I might be a little sad when it's over because they've shared so much. Such a beautiful couple who truly showcases that "50/50" relationship. 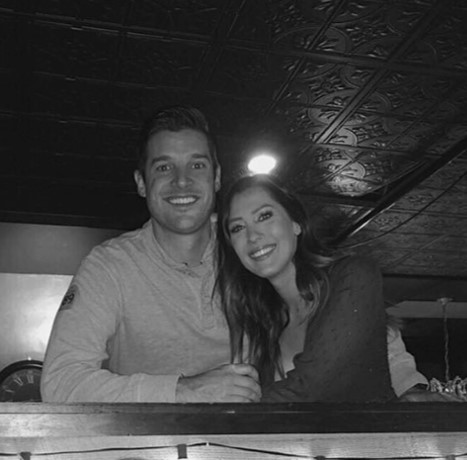 I know I am biased, but, just look at how beautiful she looked at the reunion. And that pendant! Yes, Becca! Show it off, girl!

PS: So guys, I have a question! Do you think Garrett knew that B loves gold jewellery when he chose the ring? Or did the producers tell him that? Or he just happened to love the gold ring because it stood out?

Paraphrasing Garrett back on one of the dates: "She has these freckles that come out even stronger in the sun, the softest lips, the most beautiful eyes"

I have enjoyed their Instagram videos mostly in Phuket. Well I've been there and did the tour in islands and did some those activities. 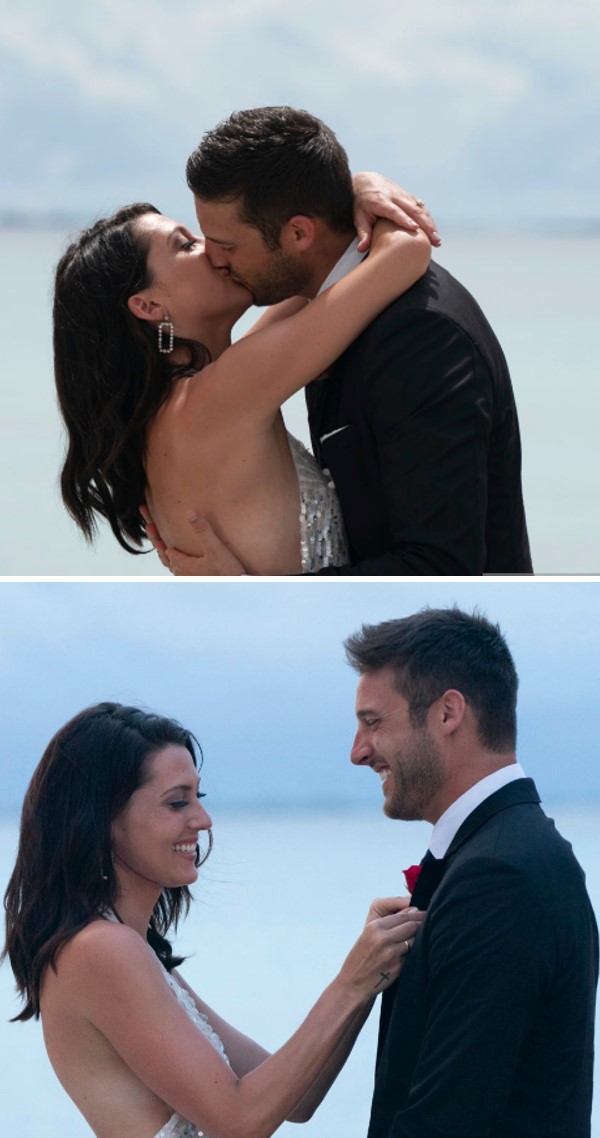 Source: https://www.gettyimages.in/detail/news-photo/episode-1410-season-finale-after-surviving-shocking-twists-news-photo/1012807780?adppopup=true & https://www.gettyimages.in/detail/news-photo/episode-1410-season-finale-after-surviving-shocking-twists-news-photo/1012807836?adppopup=true
One year ago, this day I was frantically searching the internet for any news of who Becca had picked. I knew the finale was scheduled in the Maldives and would be around this time, but wasn't sure about the exact date. I just wanted to know if Becca was happy and if she had found the love of her life.
From the day the pictures of their Park City date got out, I had been hoping it would be Garrett . She had seemed so excited, happy and giddy in all the pictures & videos that surfaced on SM that I couldn't see her with anyone else. But I told myself that Becca knew what she wanted and what was best for her. And whatever happened, I would still be one of her supporters. So, when it was confirmed that Becca had indeed chosen Garrett, my joy knew no bounds.
Becca and Garrett.. thank you for showing the world to rise beyond differences, for staying true to yourselves, for loving & forgiving hard, for being their each other's support systems, for making second chance stories real and for just being you!
Happy engagement anniversary to these two!
PS: Sorry this is long, but I'm just happy!

That second shot has me feeling all sorts of ways

Wow, a year! This time last year, I too just wanted Becca to be happy. It felt like life dealt her some terrible blows and she just deserved something great. And then walked in Garrett. Their meeting, to me has always felt meant to be and sent from above. I watch them now in Thailand and its obvious they just genuinely adore one another. The smiles, the laughter... the joy. What a perfect pair. Out of this crazy show nonetheless. They truly are one of my faves.

Happy 1 year of engagement! Their proposal was so authentic to me. I remember rewatching over and over again how G shook in his knees in pure excitement after realizing Becca loved him. It was just so darn cute.

Over the past year, it's been so much fun to watch them develop their relationship. They're so good at being best friends and lovers. I adore the way they pick on one another, laugh, support one another, and make sexual innuendos. Garrett's adventurous side has pushed Becca to do things she wouldn't do and I think Becca has taught Garrett a lot about the world around us. They may not be perfect, but They're perfect for each other.

Here's to hoping by Fall they're interested in planning a wedding for 2020.