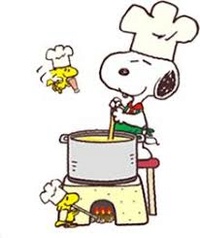 The SM shenanigans from the family members are going to be fun to watch...i am guessing she is not crying for Argentina by liking that post

Interesting that Tyler did not have his 1-on-1 time shown. But it sounds like Jed and Peter did.

I feel like they always show the F1 with alone time. What other past seasons have they not?

If Pete isn’t F1, based on CH comments and getting a lot of screen time, being last out of the limo etc., I think he is being set up to be The Bachelor. JMO.

Chris S' solo time with Des got montaged I believe. If Tyler is F1 I honestly would expect them to hide him until they can't anymore. Most of the season the edit will suggest she is picking Luke until the narrative flips. I can't wait to see how it plays out. JMO.

Imo ep 1 will be different this yr from the last few season as the FIR/F1 has been broken. Difficult not to show F1 to justify the rose. Agree will focus on Luke as front runner initially and hidden F1. Also promoting Peter- if not F1 and Mike for Bach. Looking forward to getting some spoilers and more sc. hope everyone will b happy with her decision esp Hannah as never like when couple have to deal with skeletons.

@BlackHalo wrote:Chris S' solo time with Des got montaged I believe. If Tyler is F1 I honestly would expect them to hide him until they can't anymore. Most of the season the edit will suggest she is picking Luke until the narrative flips. I can't wait to see how it plays out. JMO.

Agreed. In a different season, lack of 1-on-1 time in the premiere would be a sign to me that he's not F1, but this is the first season in a long time where the "villain" actually has a shot at winning and I think the editors are going to work overtime to make it seem like another Ben/Courtney situation is on the cards.

As for Peter, I think he's either F2 and being set up as the next Bachelor, or F4 and being set up as the star of BIP like Marcus, Jared, Dean, and Colton. Still not convinced of him as F1 because of only one 1-on-1 (and it wasn't until episode 6), and the spoilers that Garrett was originally going to get the last hometown and that Luke, Tyler, and Jed have been her F3 the whole season. It would be interesting if he was F1 and it was a slow burn, Catherine type situation! Guess we'll see.

When you think you know...

When you think you know...

What the heck is that suppose to mean??

@alwayscooking checkout bachelor.spoilers IG story for the answer to RS’s tweet...think some spoiler war is brewing between RS and the spoiler site girls...jmo.

Okay makes sense now, I saw the IG story. They're giving RS a run for his money.

If anyone is worried RS post has to do with f3. Really don't think its about Luke because Luke liked the post his brother made defending him. If he was going to come back today he would not have received his phone back. Plus someone on reddit says they say the like yesterday.