Keira, 33, and Alex, 26, will be the first to leave the upcoming season of Bachelor In Paradise - which was filmed last month - as a couple.

Laughing my head off at this pairing - Alex seems far too inexperienced for the cougar that Keira is. I guess she's taking him to school!

I feel certain that Tom the airline steward is a participant. He didn’t post between 3rd and 29th November. He’s not prolific but it’s a telling gap.

@Agent99 wrote:I feel certain that Tom the airline steward is a participant.  He didn’t post between 3rd and 29th November. He’s not prolific but it’s a telling gap.

Yeah there'll be a few sundry others not on the list above - I was just recapping those who had been tracked upthread.  I agree re: Tom. Scot was probably there for a while too IMO.  Tara (from Matt's B-team) another maybe...

Also at least one of the guys started following Alisha so she may have gone over for a hot second towards the end if they needed to boost numbers (she said on a podcast she'd be keen to go if called up) but nothing confirmed.

@Bobette thanks for the detailed recap!

Daily Mail so slack not only did they use our research for this story they also used my screenshot and claimed it was a photo uploaded by Kiki (it wasn't - it was a story which has since expired).

And while she may have been unlucky in the love then, it seems Kirralee 'Kiki' Morris was more successful on Bachelor in Paradise.

On Sunday, the 32-year-old glamour model shared a photo to Instagram of herself on a lunch date with a tattooed mystery man.

It's believed the tattooed hunk, whose arm was visible in the photo, is Ciarran Stott from Angie Kent's season of The Bachelorette.

'Sunday Sesh,' Kiki captioned the snap, which appeared to have been taken at a beachside bar in Bondi.

The photo seemingly confirms that Kiki and Ciarran, 25, got together on Bachelor in Paradise, which recently wrapped filming in Fiji. 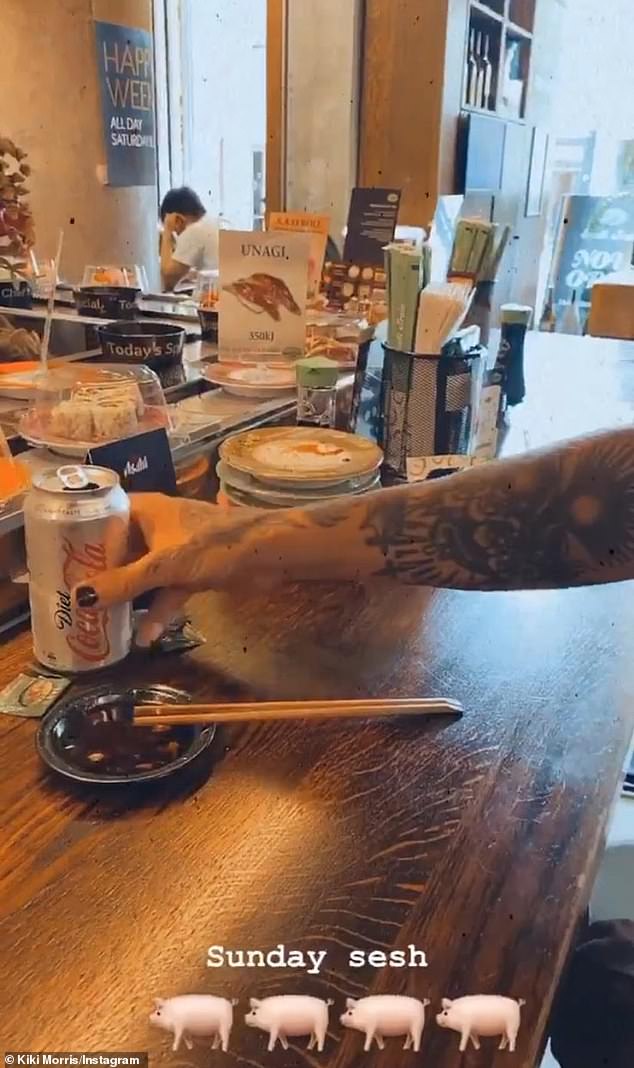 'Sunday sesh': The 32-year-old glamour model shared a photo to Instagram (above) of herself on a lunch date with a tattooed mystery man, who is believed to be Ciarran

So according to Daily Mail the finale couples would be Helena and Niranga, Kiki and Ciarran and Keira and Alex, but they're almost certainly all red herrings IMO.  TPTB must be rubbing their hands with glee.

ETA: Noting that Alisha and Tom just started following each other.

Lots of BiP peeps up in each other's business this weekend.  Not sure if any of this will provide clues later so just posting for the record:

Ciarran, Britt W, Scot, Jamie, Alisha & Kiki were at Jackson's Golf-themed b'day bash.  Ciarran/Kiki are far too visible to be a couple IMO. 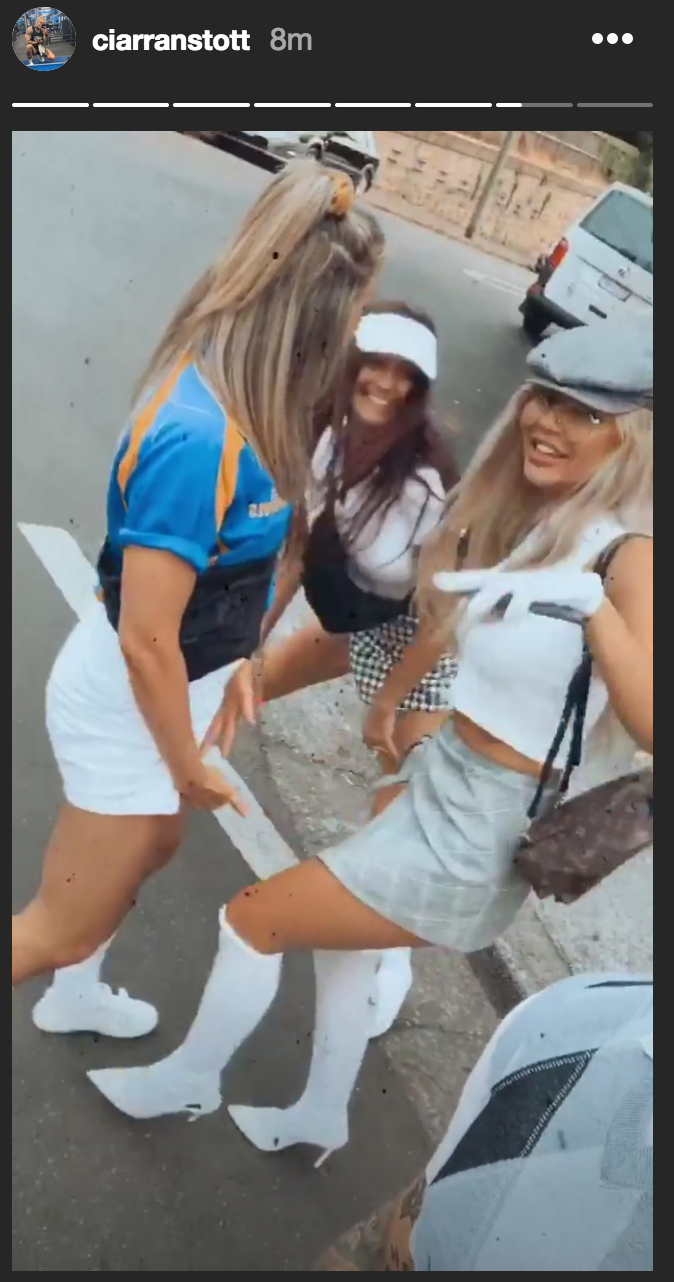 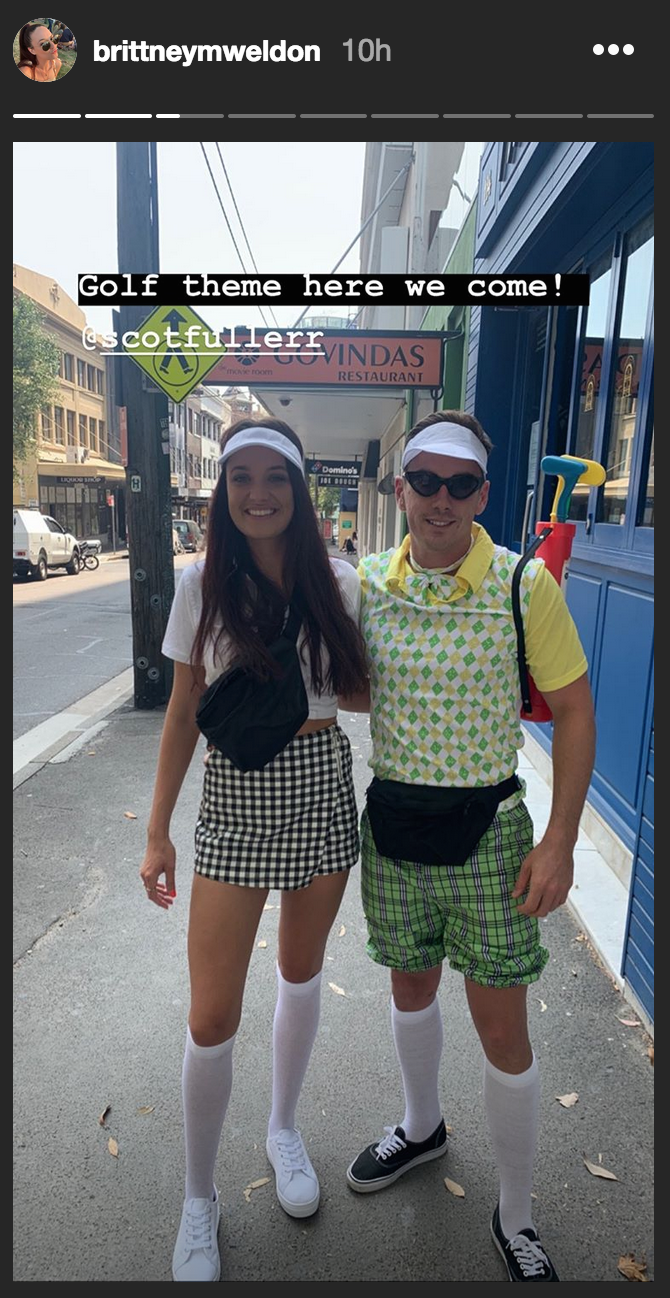 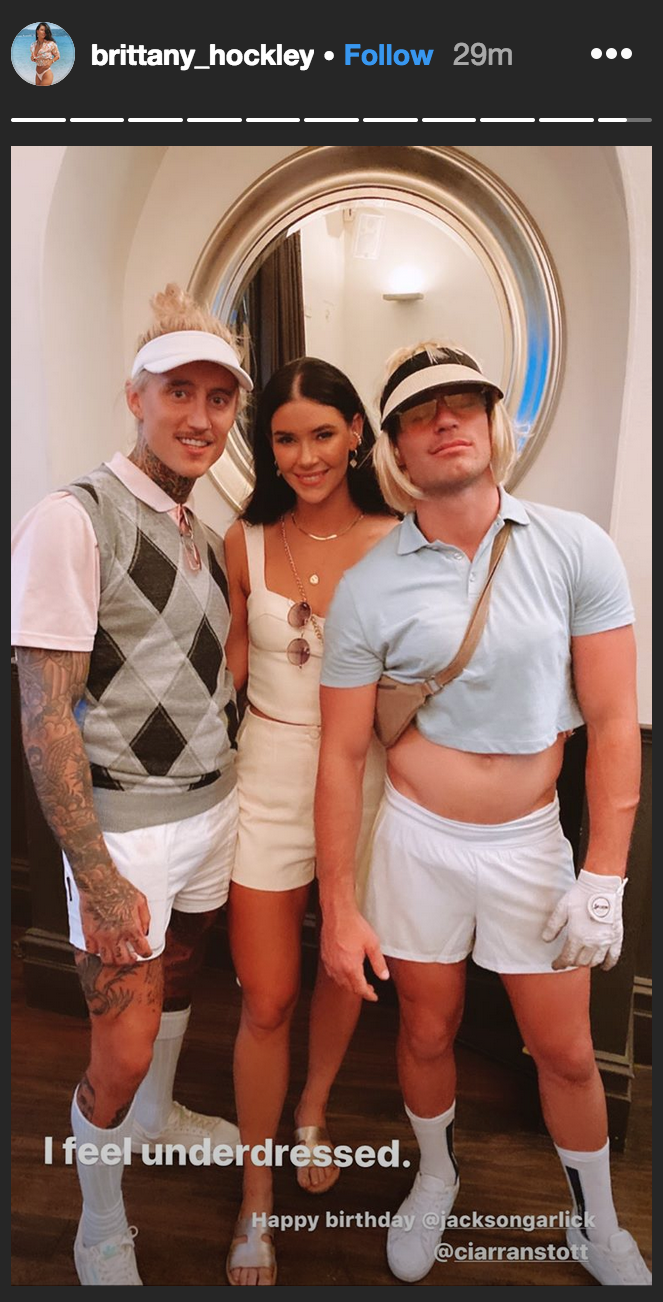 Britt W posted this which looks like Scot (they're his bushy eyebrows IMO).  Why would Scot be sending Britt pics of himself in bed... 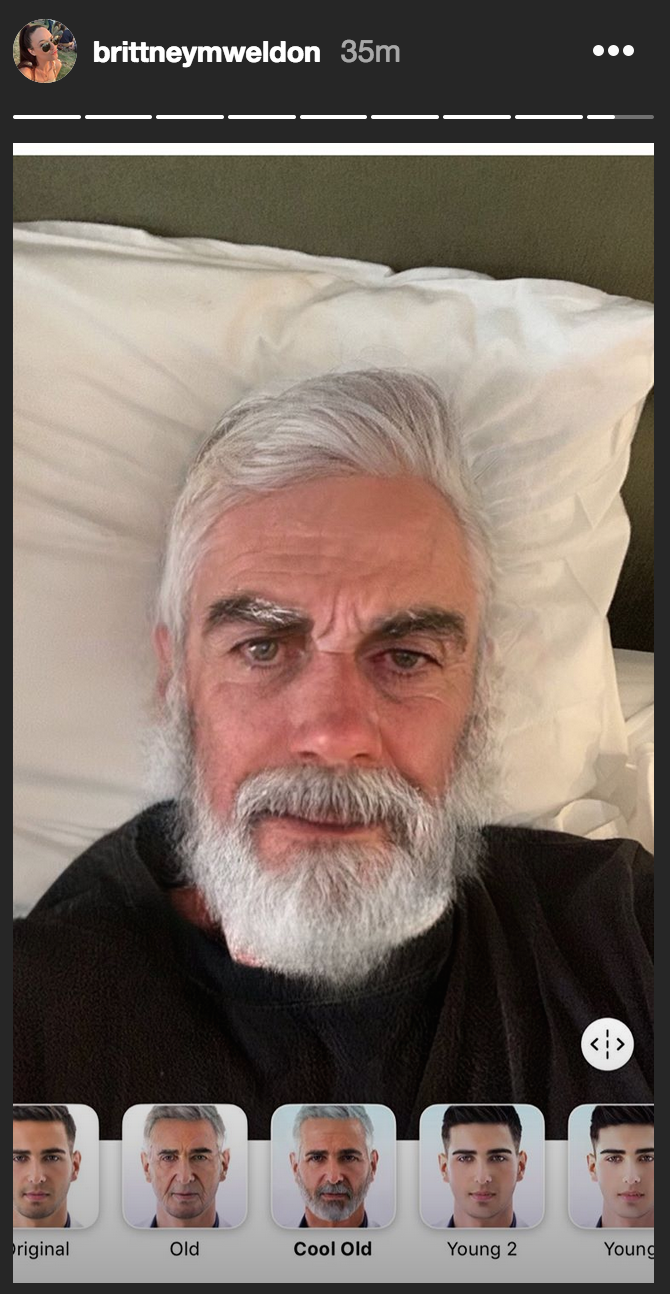 A couple of other notes:

Renee and Sam seem to now be living together in Darwin and Ciarran has moved to Syd.

Danny posted a pic of his graduation from Uni and several BiP girls liked it.  He then posted something about the best part of being made a fool of on reality TV was making "good friends" and tagged Todd.  I didn't SC it and he deleted it shortly after.  Weird.

).  He doesn't give much away but I saw some comments on another post which suggest they're a couple. 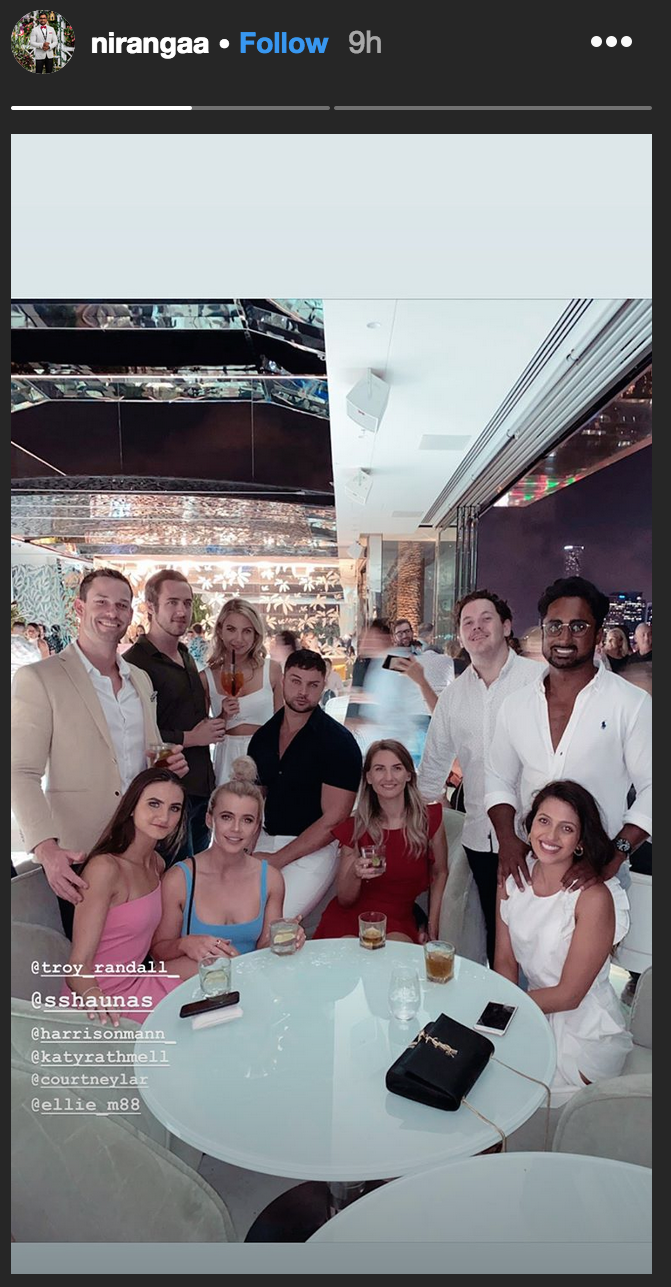 So it's been a week of merry travels for the BiP cast - I haven't bothered to keep track of everyone but Timm spent about a week in Bali then flitted up to Darwin for a hot second, and is currently on the NSW central coast. 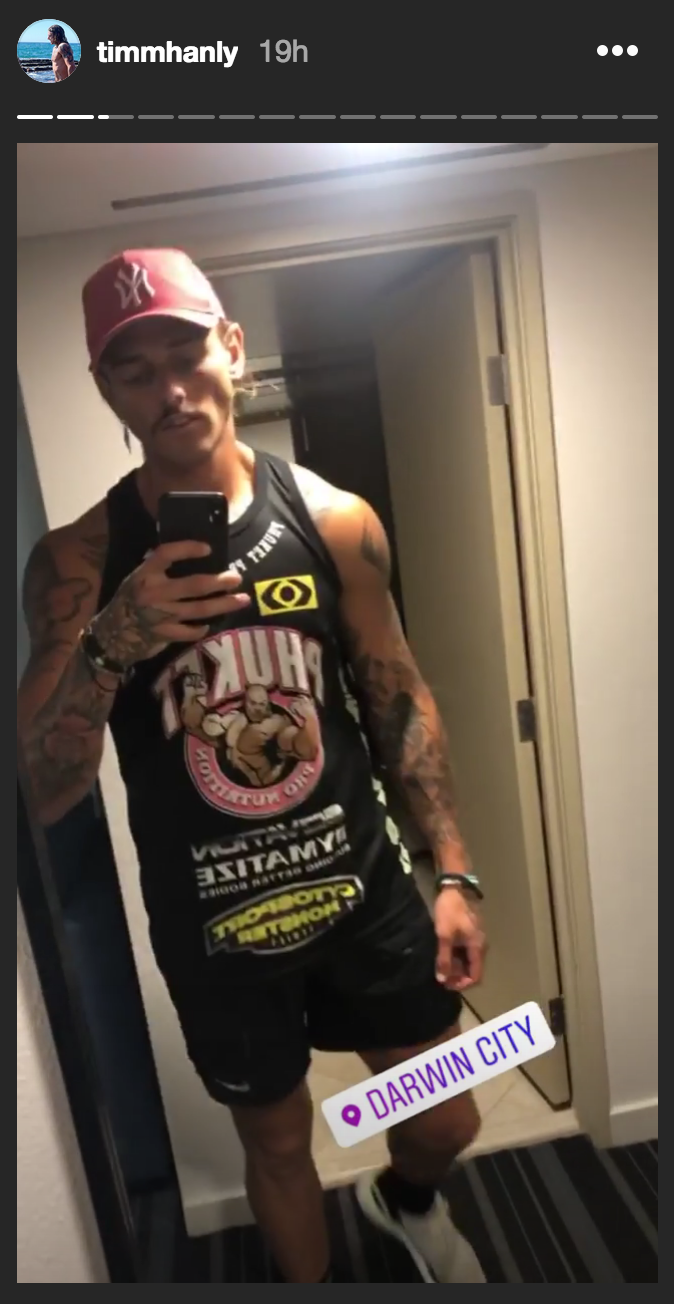 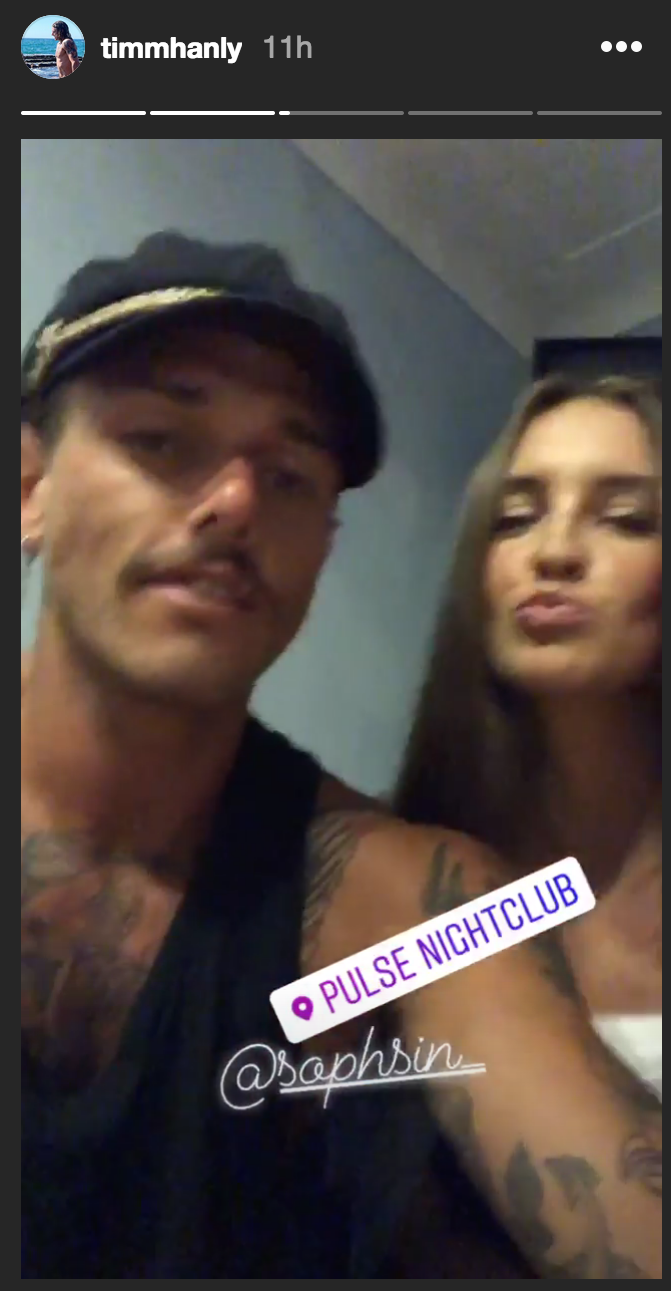 Ciarran left Darwin for Sydney and is currently in Melb.  Keira's been all over his comments section like an unsavoury rash, which makes me think she knows he's in for a good edit and is trying to look like they're tight. 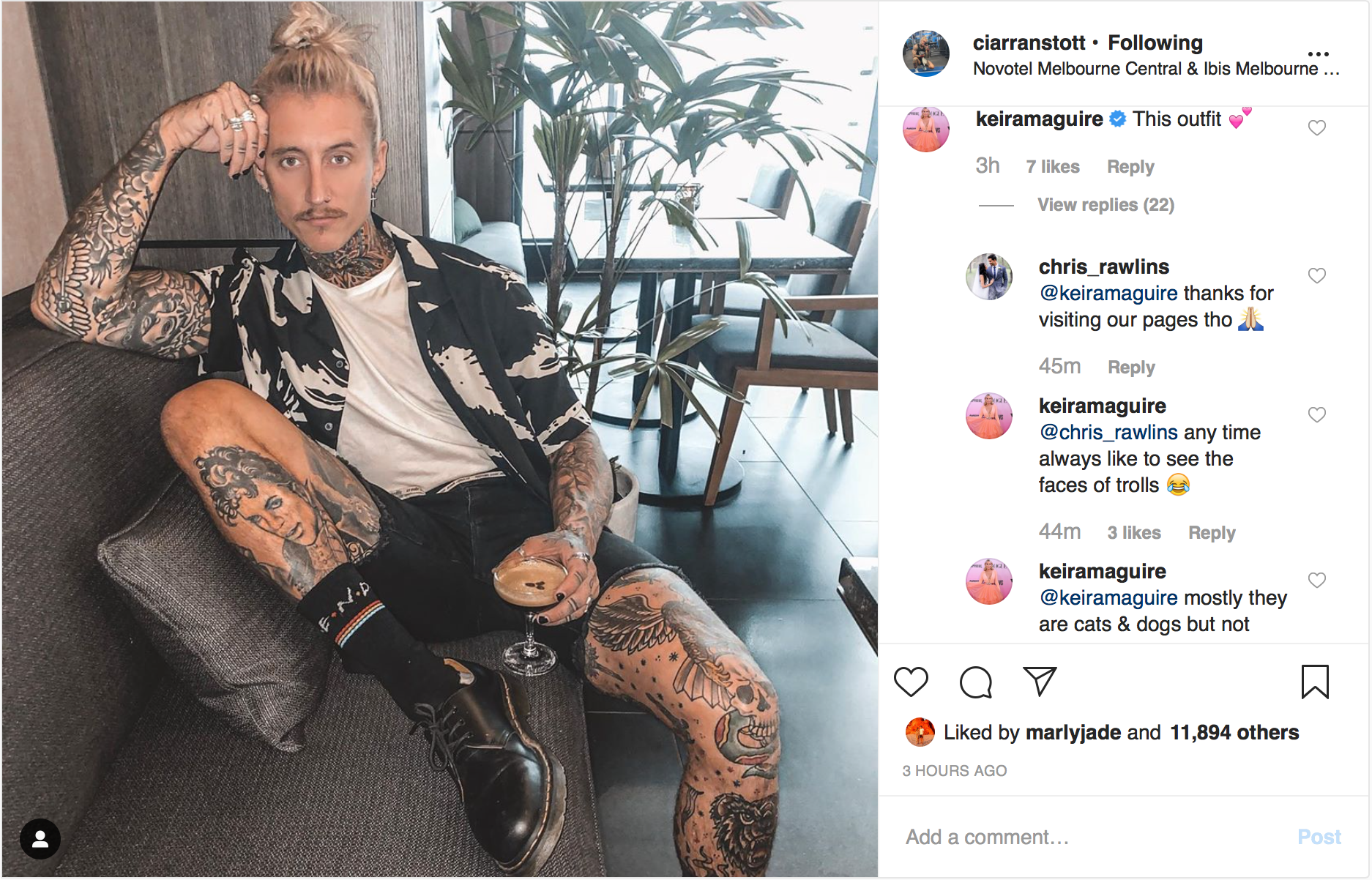 The girls I'm following seem to be laying a bit lower - not much from Britt W and Renee has been at home in Darwin.  Several people started following Alisha so I think she probably was in Fiji for a bit, possibly Tenille as well. 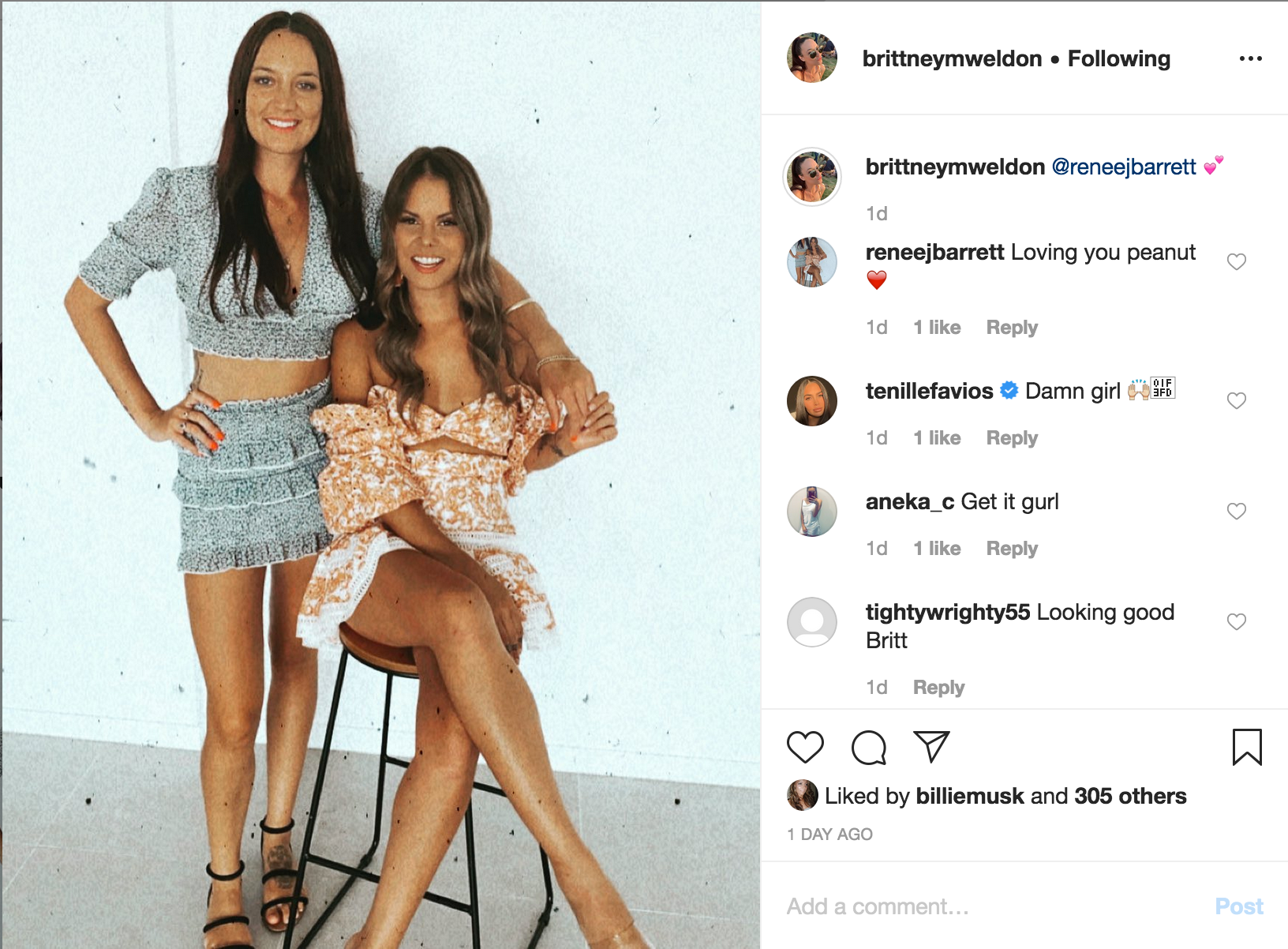 I feel like the contestants doing a pretty good job of moving around, disguising the couples and throwing out red herrings.  The media seem to have no clue who's coupled up.  Has anyone else noticed anything of interest?

It looks like Ciarran and Kiki are together, both stories are at the Melbourne Novotel Central and it seems they really are a (fame ho) couple imo.  I have just gone off Ciarran massively @Agent99 wrote:It looks like Ciarran and Kiki are together, both stories are at the Melbourne Novotel Central and it seems they really are a (fame ho) couple imo.  I have just gone off Ciarran massively

Same. Not sure I've ever loved someone then gone off them so quickly.

@Agent99 It just seems way too in your face to me.  They were pictured together holding hands shopping before they left for BiP, and have been dropping these really obvious "clues" since filming wrapped.

Kiki seemed to be back from Fiji much earlier than Ciarran (will go back through the thread to see if I screen capped anything relevant).  I suspect they both left single/as friends and their posts are red herrings.

ETA:  Ciarran flew out Nov 5 and Kiki was posting about the fires Nov 13 (upthread here) so unless she was allowed her phone in Fiji that's barely a week overlap of them both being there.  It doesn't add up to me.

@Bobette Is it confirmed that Kiki was in BiP?

@Agent99 wrote:@Bobette Is it confirmed that Kiki was in BiP?

Good point.  She was on the "leaked" cast list, but then so was Sogand, and I'm not convinced she went... 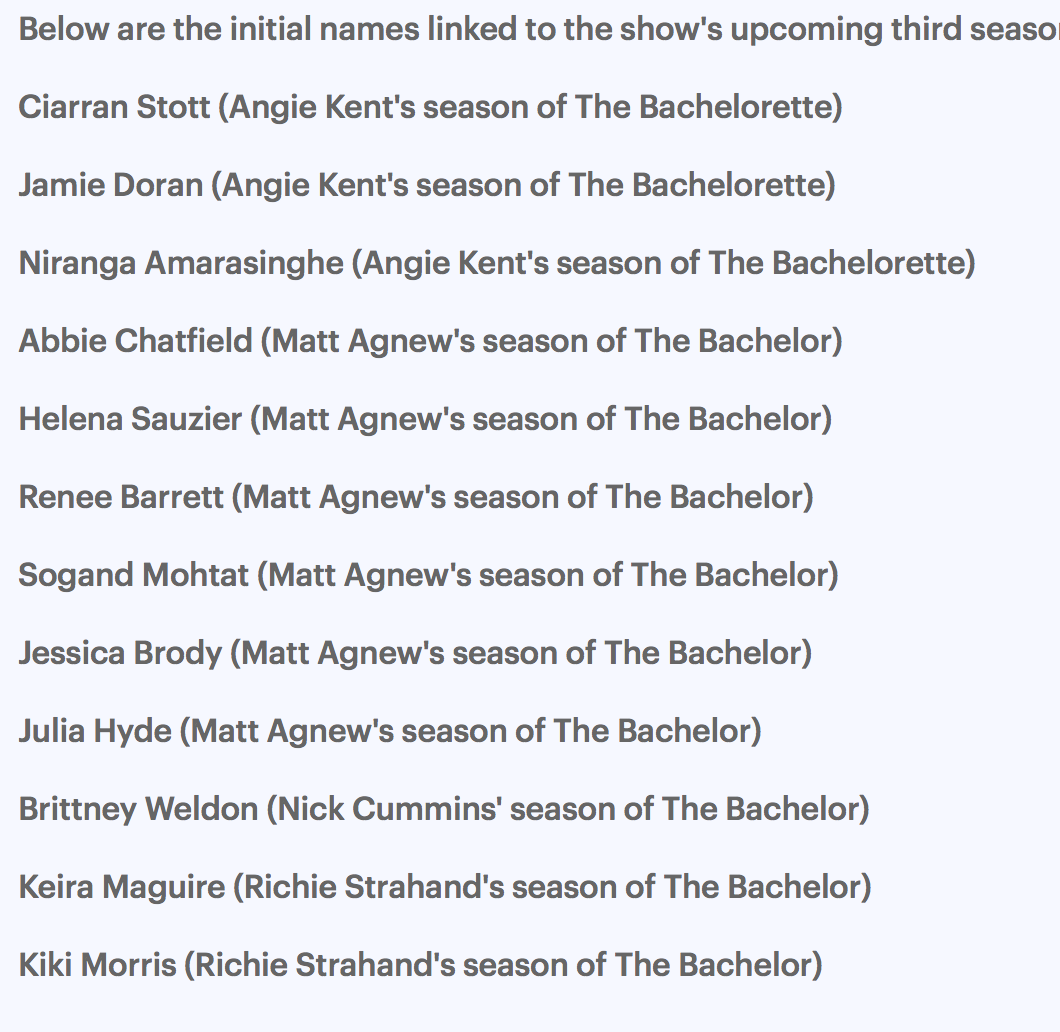 I don't think we got any photos of Kiki at the airport and she was posting regularly through Nov so maybe she wasn't there at all.  She's been hanging out with the Bach 2019 crowd but maybe she just got to know them through her Ciarran *association*.

If she did go, posting about the fires mid-Nov is a good indication she was back before then IMO.  Since the fires were unexpected it's not something the contestants could have pre-prepared posts about in the way some did with shill posts etc IYKWIM.