@Bobette Ugh! Here we go, another plastic looking wanna be ‘ struggling to find love’ PLEEEEZE... I’m gonna refrain from more comments because my blood is boiling. Let’s hope they find a human that has the right qualities!

Brooke has just split from her boyfriend, so I'm sure her name will be getting tossed around come time for Bette casting.

@Dirty Street Pie wrote:Brooke has just split from her boyfriend, so I'm sure her name will be getting tossed around come time for Bette casting.

Throw this one into the hat. Sharna Burgess.

Doesn't Sharna's name come up every year? I swear I've even seen it thrown around for the US shows. I think it's 100% PR on her end. I have no doubt she's gagging to do it though

Well is this confirmation about Sharna!!! 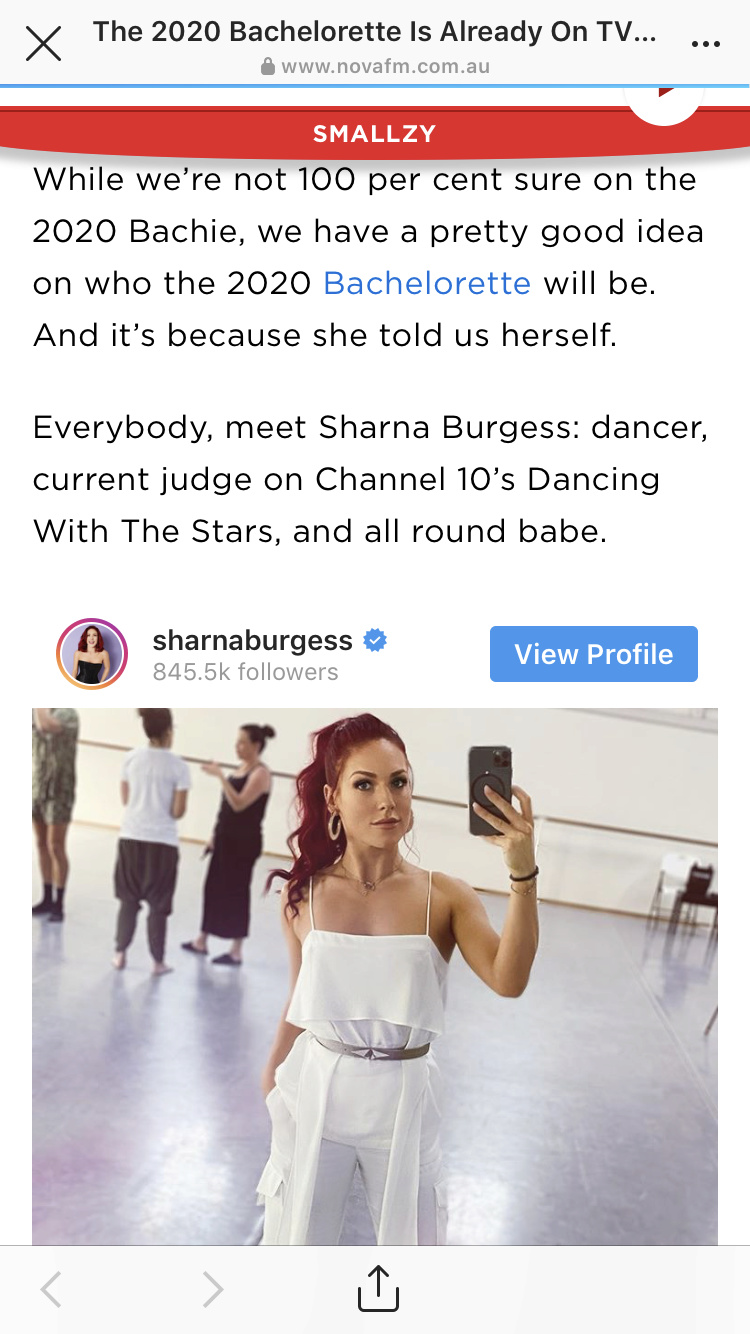 @LeapofFaith Not sure it comes from an official channel....maybe just stirring the pot a little more to get reactions?

What? That makes no sense at all.

No way IMO TPTB would let a contestant announce herself.  Either she's already breached her contract or this is attention seeking of embarrassing magnitude IMO.

Many people come out every season to say they thought they were going to be the Lead but then were dropped last minute.  And I don't even think Bette would have been chosen yet since they still haven't announced the male Lead and that films first.

Wouldn't be surprised if TPTB are speaking to multiple women and Sharna's ego has misinterpreted that as her having already it in the bag.  Not a good look IMO.

@LeapofFaith wrote:Well is this confirmation about Sharna!!!

Where did this come from? Can you post a link, thanks.

More talk about Sharna.  Still not official though imo