For someone who is so private with his persona life, surely he wont want to be the Bachelor

I don't think it's Chris Brown - he did a live IG story earlier today and his silhouette is different (very tall with broad square shoulders and thinner waist/legs).  Plus he just seems too smart/savvy to do it... I hope. 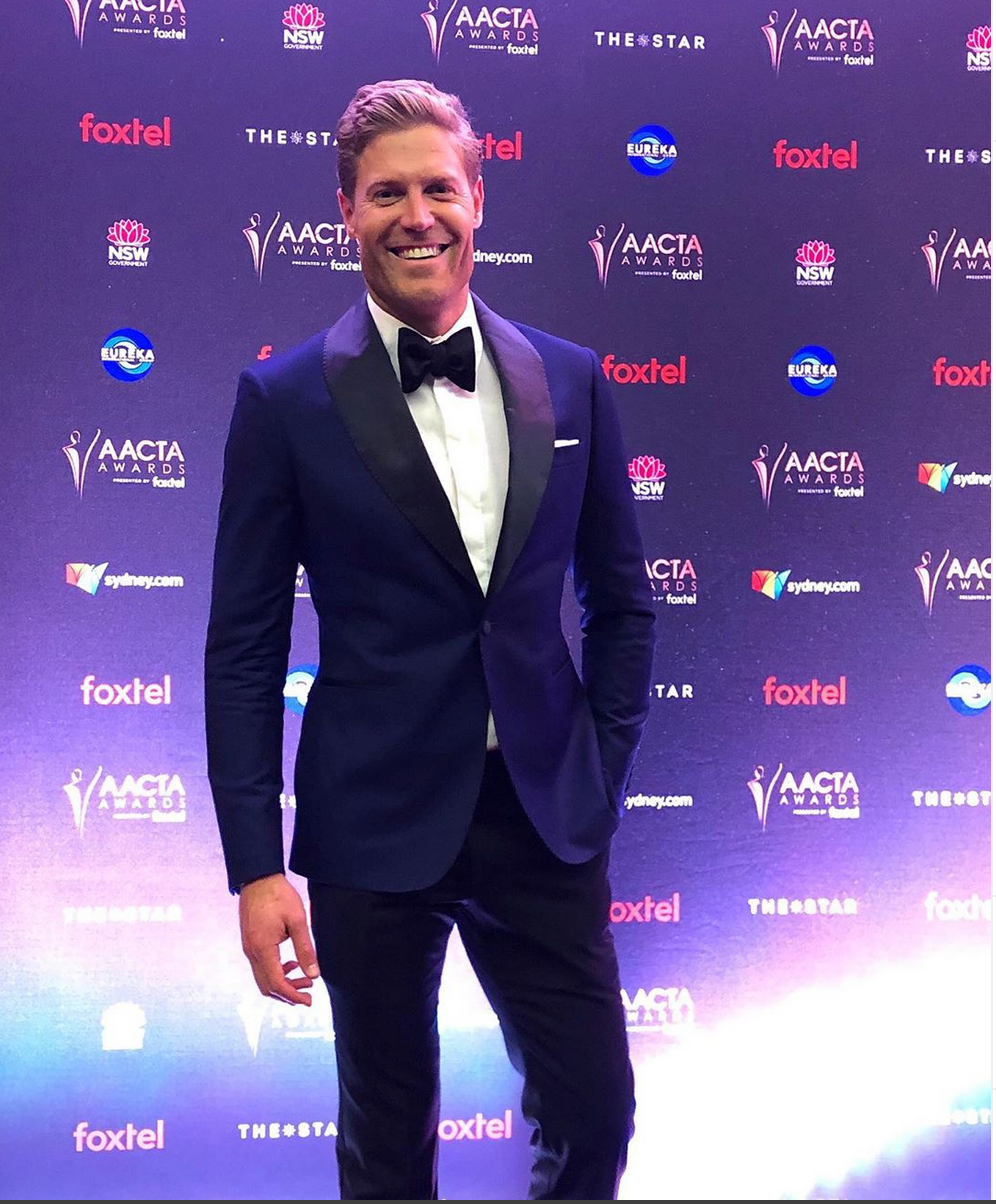 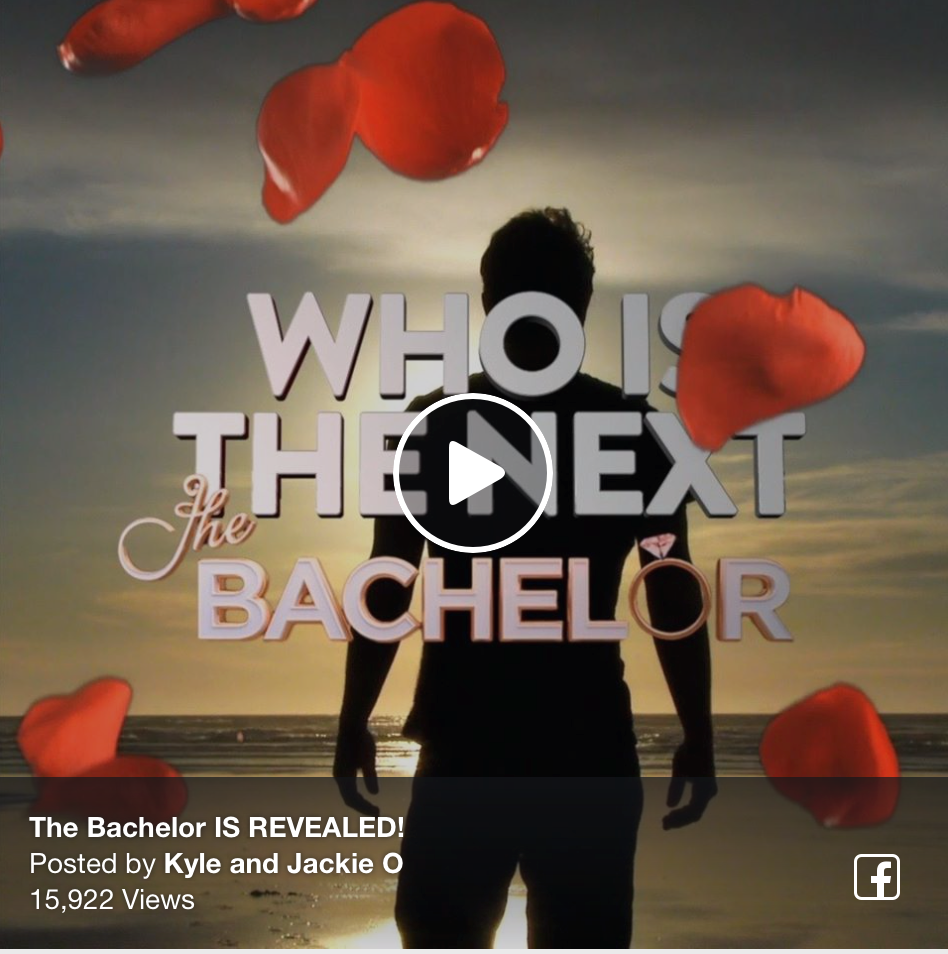 I definitely get the feeling it's someone known/recognisable though if they're teasing his silhouette.  I don't have Facebook so can't see the comments - has anyone made any viable guesses there?

Nothing on FB. Maybe a lifesaver from Bondi Rescue? That's if the beach is a clue....probably isn't.

Hmmm I have NO clue! If I wanted to be super stereotypical I'd probably guess a tradie (but just watch it be a model who is also a surgeon and about as un-tradielike as possible)

I'm guessing it's a celeb though? Why bother doing this silhouette if it's not for people to have a guess

No clue at all @Bobette!! Feel like it is gonna be a letdown though.

Sounds like we are all on the same page.

Daily mail didn’t get the 7.30am memo and have an article out already

makes so much sense now with the release date as he is doing media rounds tomorrow due to his survivor exit last night.

I’m not too sure how I feel about this choice. I mean he’s not a “celebrity” so that’s a start but I also don’t know if he’s got the personality to carry a season.

I have no idea who he is, but after looking through that article, he has the hotness that I require.

At least he looks like a man and not a boy. Let's see if his personality will enhance the first impression or blow it all to smithereens.

I watched his season of Survivor - wasn't he the guy that losy his pants in a challenge and ended up naked?  I must find the video and bring it over... for research of course!

I was looking at Survivor contestants last night (wondered if it might be Lee) but doubted they would have anyone from the current season of All Stars - guess I was wrong!

I remember him being a good guy - I'm OK with this choice. 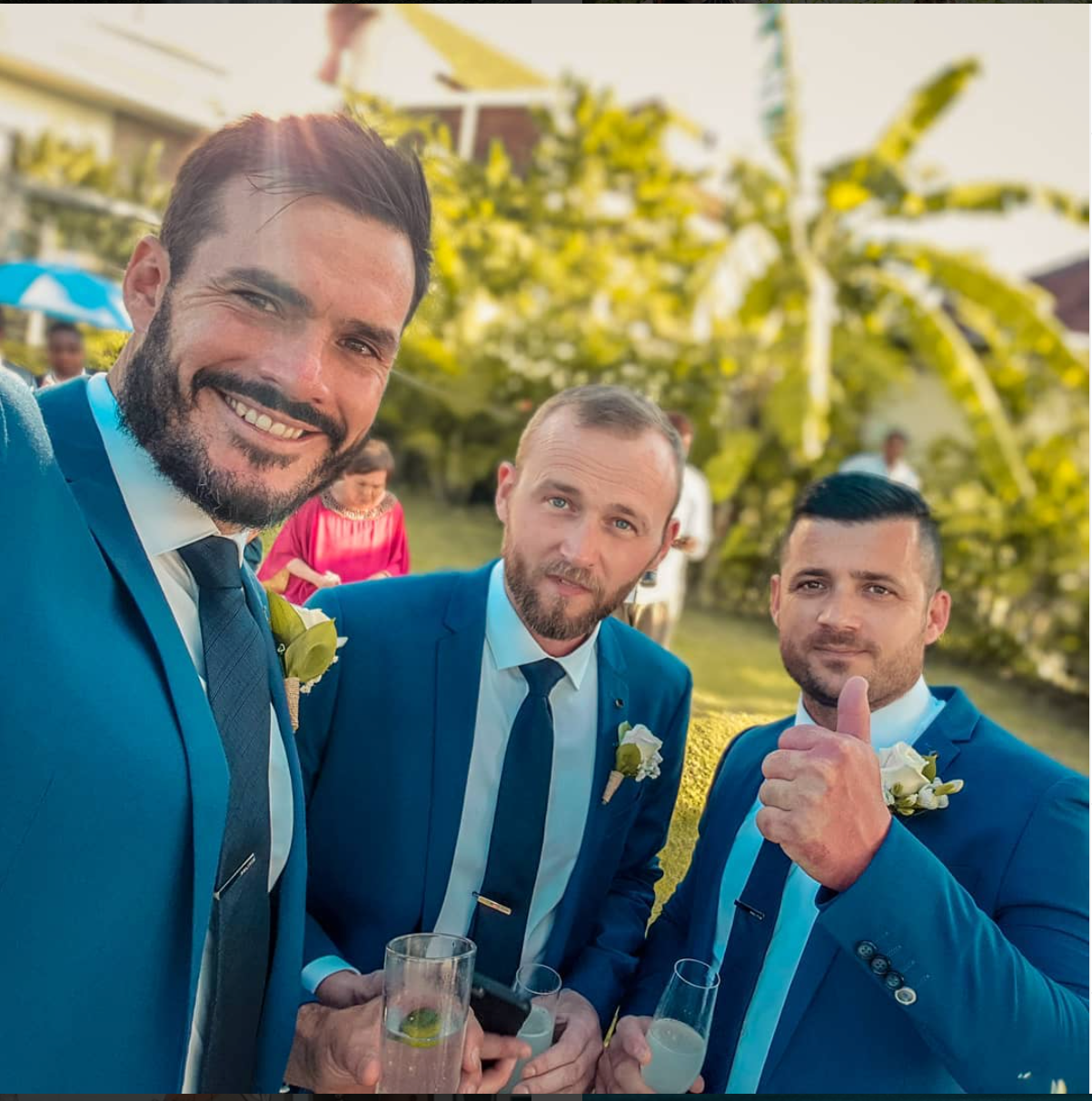 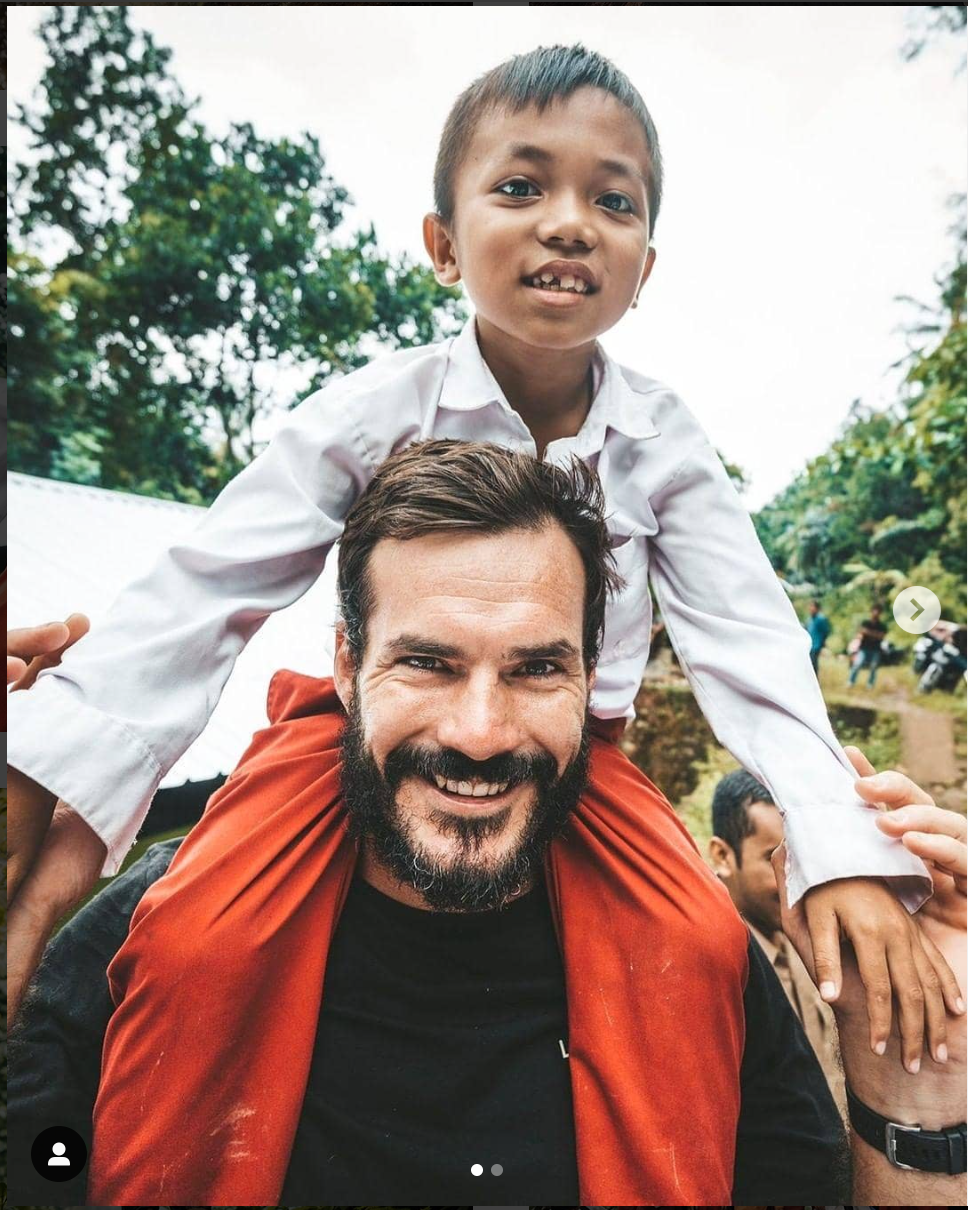 Most recent ex (I think): 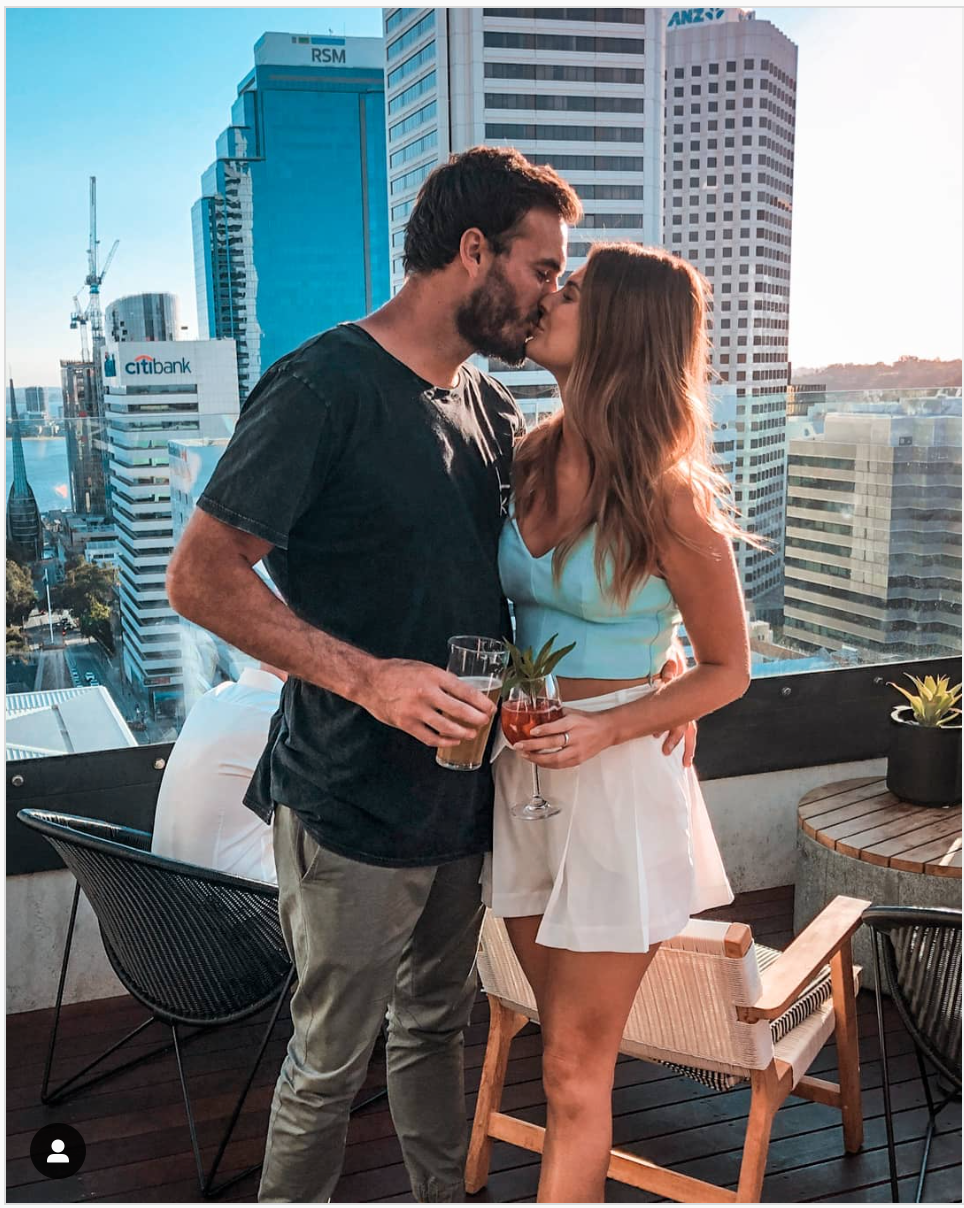 If you're wondering who the bloody hell this tall, dark and handsome man is, you're not alone.

While Locky, who first graced our TV screens in 2017 on Australian Survivor and has returned for the All Stars season this year, is hugely popular among die-hard Survivor fans (trust us, there are loads of 'em), he's not hugely well known to most of the Australian public.

In fact, Locky is so under-the-radar - well, if you call 27,000 Instagram followers under-the-radar - that he still has his personal email address listed in his Instagram profile. It's adorably naive. The poor bloke has no idea his Gmail is about to get absolutely flooded.

And eagle-eyed fans may have gotten a hint that Locky was Ten's pick for the coveted role, because just last month he told NW that he'd definitely be up for being 2020's Bachelor.

So, apart from starring on Survivor, who exactly is this guy?

Locky runs a business called Four Elements Adventure, which runs guided tours all over Bali and its surrounding islands.

"Locky has spent countless amounts of days exploring the island, hidden gems and crazy adventures. He has then been able to hand-craft adventure tours that will get your heart racing, adrenaline pumping and change the way you see Indonesia," reads a description of the company on its Facebook page.

"We offer full day tours all over Bali and surrounding Islands, consisting of hidden waterfalls, snorkelling with manta rays on Nusa Penida, mountain biking through the Baliness jungle, hiking to the top of volcanos, scuba diving through WWII ship wrecks and so much MORE. "

Locky is based in Perth and regularly travels to Bali to run the tours.

His Instagram account is jam-packed with photos of himself, usually shirtless, galloping around Indonesia's stunning natural wonders.

Locky has the phrase "Strength & Honour" tattooed across the front of his chest, as well as a map of the world on his left ribs.
On his left bicep is a picture of four playing cards and on his right bicep, a design inscribed with the phrase "You only live once".

He dated one of his fellow Survivor contestants

Locky and his Australian Survivor: All Stars co-star Brooke had chatted a bit on Instagram before they met in person in Fiji for the first time last year, but the second they locked eyes on each other, they knew their connection was serious.

"It was instant, like, you're my person," Brooke, 27, told TV WEEK on Monday, when asked about meeting Locky for the first time on the island.

"We'd chatted a bit through Instagram beforehand – nothing crazy, just talking about travel – but I thought he was cute too. As soon as we got there, we were joined at the hip."

The Melbourne-based personal trainer admits they tried to keep their growing connection "on the downlow, but it was hard".

She added: "But really, I trusted him from the start, and it was nice to have someone who made you feel good and not miss home so much."

But once filming wrapped, their relationship didn't translate into the real world, with the pair based on opposite sides of the country.

"He's in Perth and Bali, and I'm in Melbourne. His work means he'd want me to go to him, but I won't leave my family and my dog. I'm also really focused on my career," Brooke said.

"It's a lot more difficult in the real world than it was out there."

While both Brooke and Locky strictly identify as single, their current relationship status sounds very ... messy.

"It's still on the cards. We haven't completely written it off, it's just very complicated with the distance. It's such an obstacle," Brooke said of a possible reunion.

I think he’s friends with Ex bachelor/bachelorette contestants so one good thing is at least he knows about the process and what he’s getting into.

From memory I think Matty and lee have hung out with him when they are in Bali - I think he runs a touring company over there.

Yeah I think he'll be alright.  He'll buy into the process enough to have a crack IMO.

Official announcement.  From what I've read so far people are not loving this choice! 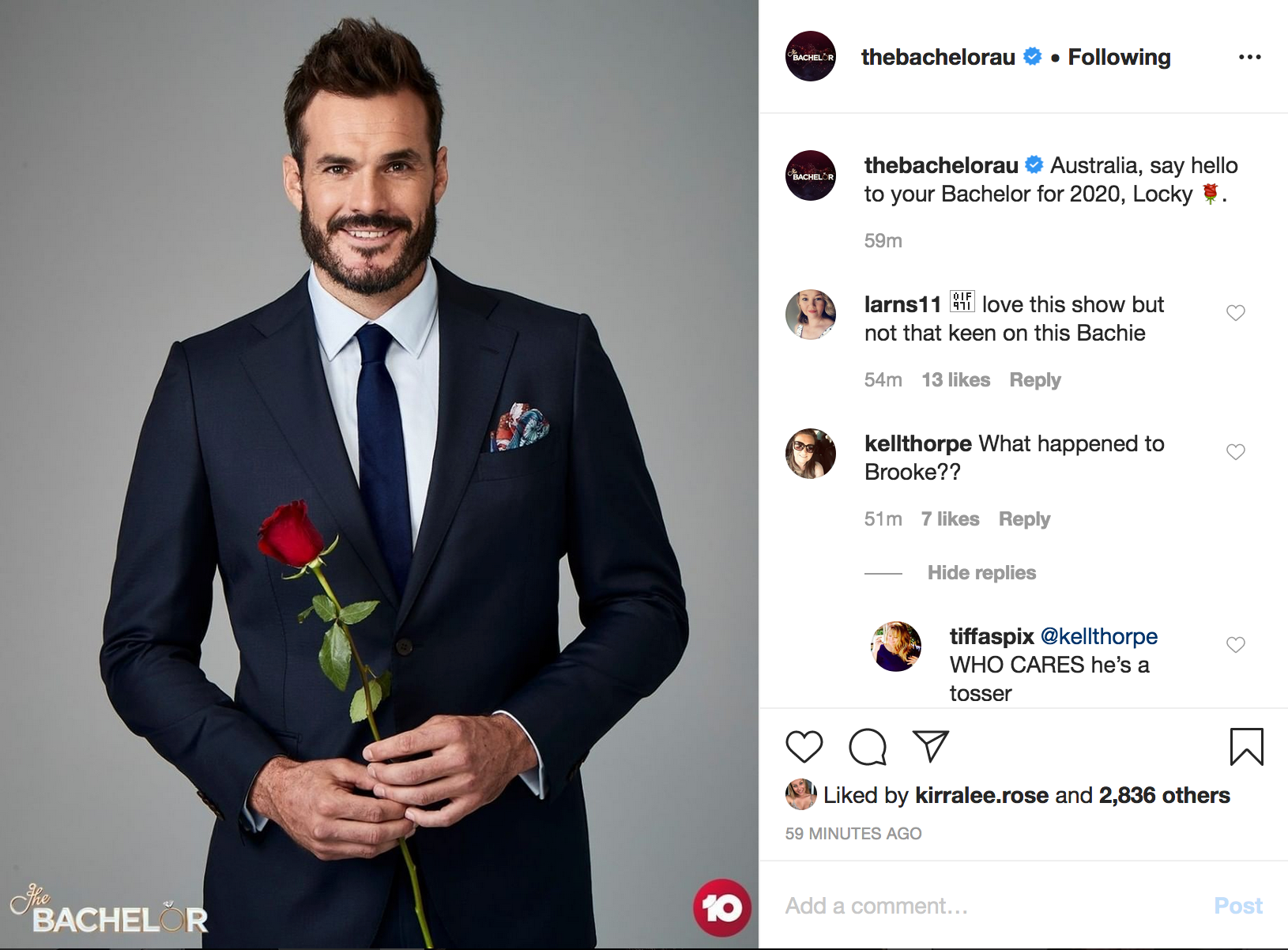 I don't mind this choice as he's not a real celeb. Not sure he has the personality to carry a season, but we'll see how he goes. It's also a little odd as production on Survivor were playing up a bit of a power couple/showmance angle between him and Brooke, but I guess maybe Channel 10 doesn't think there's a big crossover of Survivor fans and Bachelor fans?