The other reason I’m hesitant to believe it is Lily is that they were really struggling to find men and advertising at gyms. If it was Lily why wouldn’t they reveal it was her to get kooky men/lots of men to apply because they would.

She would be a great lead but I also think Courtney is the guy for her and they will get back together at some point.

Oh and on the whole phone thing. I know NZ franchise is a lot more chill. Jordan was allowed his phone the entire time while filming. He mentioned it in an interview because he said he couldn’t work without it. 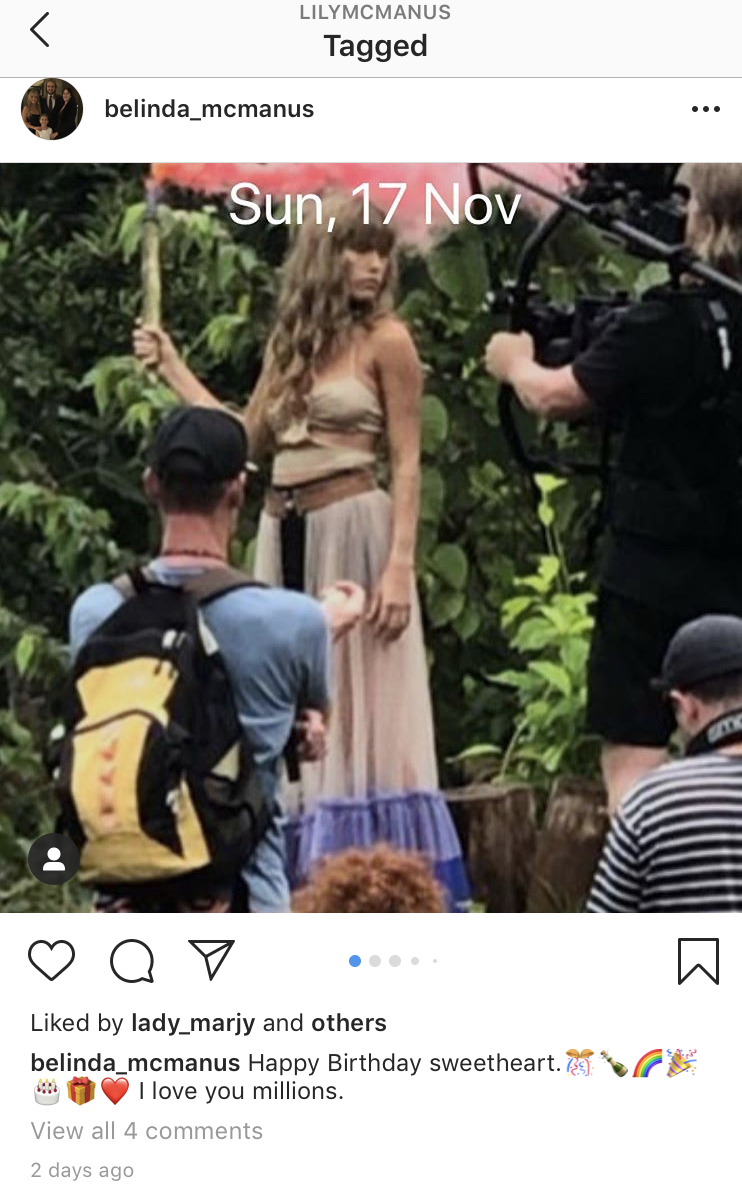 Hmm just saw Lily’s mum has posted this. Looks like it is on set...

Hmm just saw Lily’s mum has posted this. Looks like it is on set... 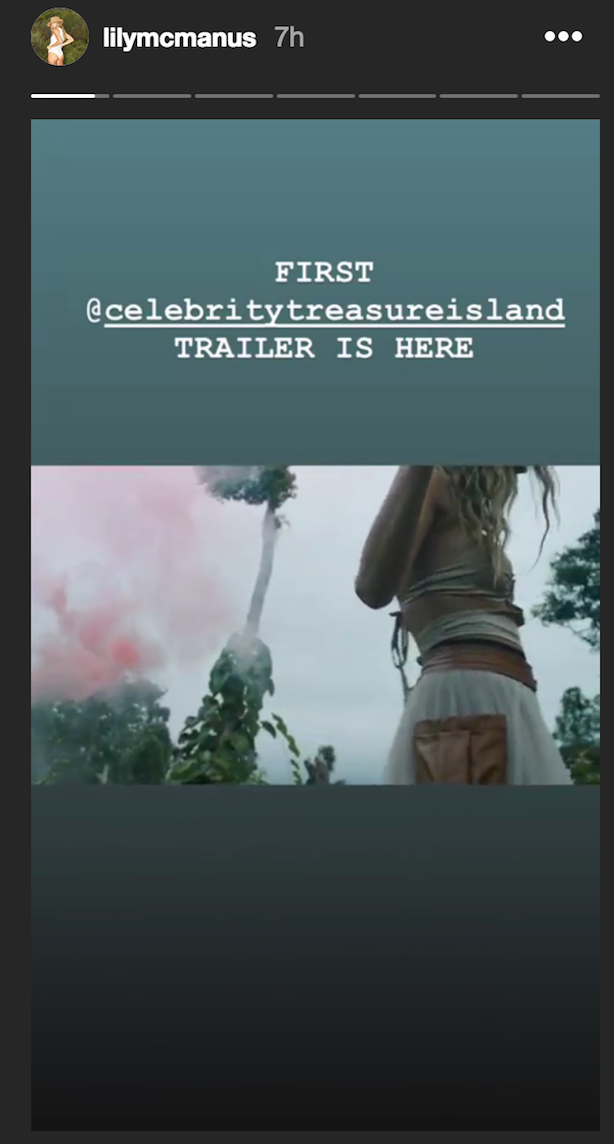 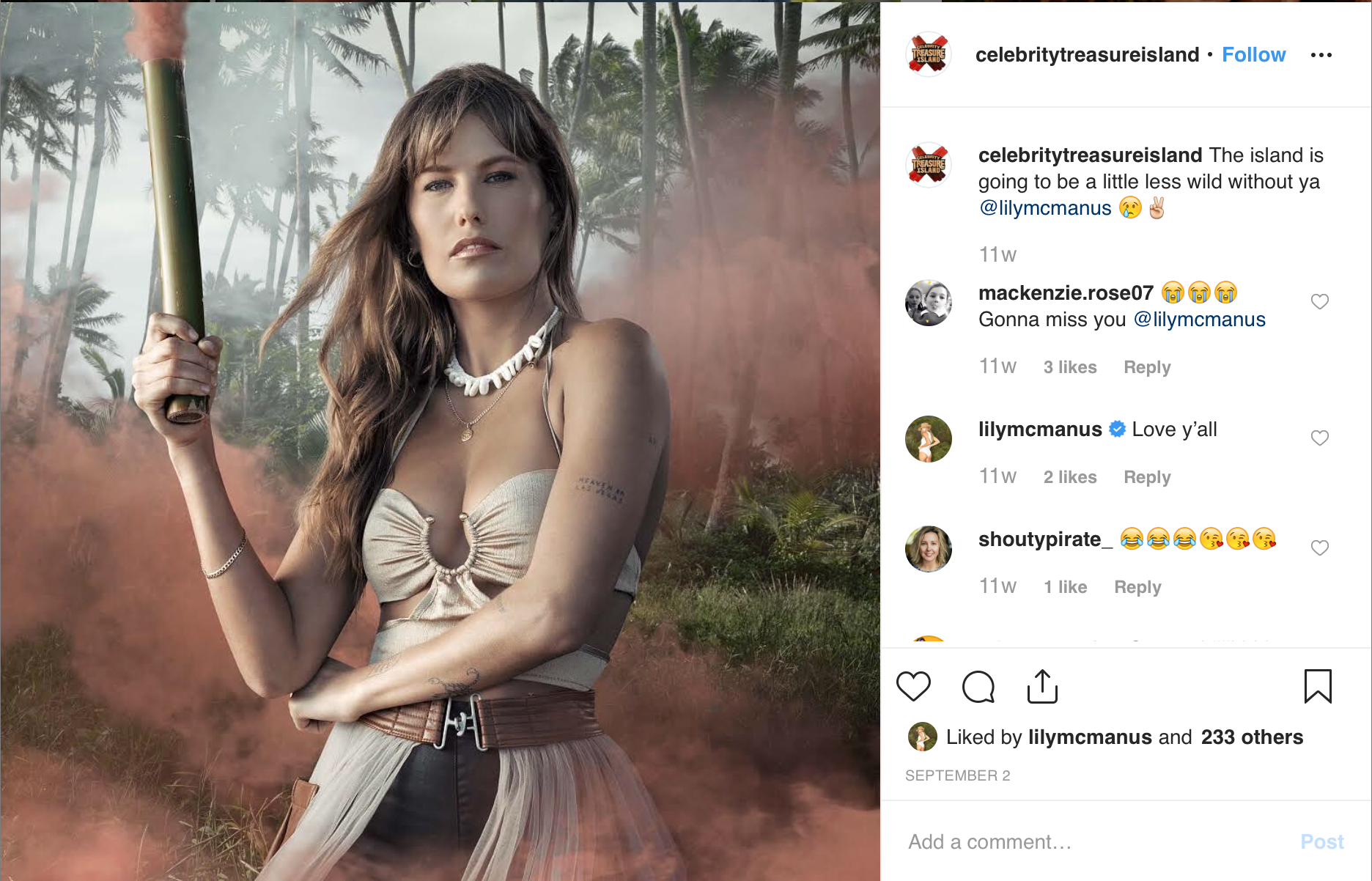 One reason I think she is the Bette and not on BIP, apart from what @Bobette wrote, is the birthday post. The reason they have her do that is to throw people off the scent IMO, and they would only care to do that if she is the lead.

Lily has answered a few comments on her post today, but she still hasn’t liked her mother’s post. It seems to me that she is online sporadically, and only for a certain purpose. I think she is monitored when she does it.
All JMO.

Is Art Green confirmed to be the host of the Bachelor/ette for NZ?

@Jolena wrote:Is Art Green confirmed to be the host of the Bachelor/ette for NZ?

@Jolena wrote:Is Art Green confirmed to be the host of the Bachelor/ette for NZ?

Do we know which one will air first? Ette or Bachelor? And when will we know who the lead is? TIA

"Trek back home to Australia"? 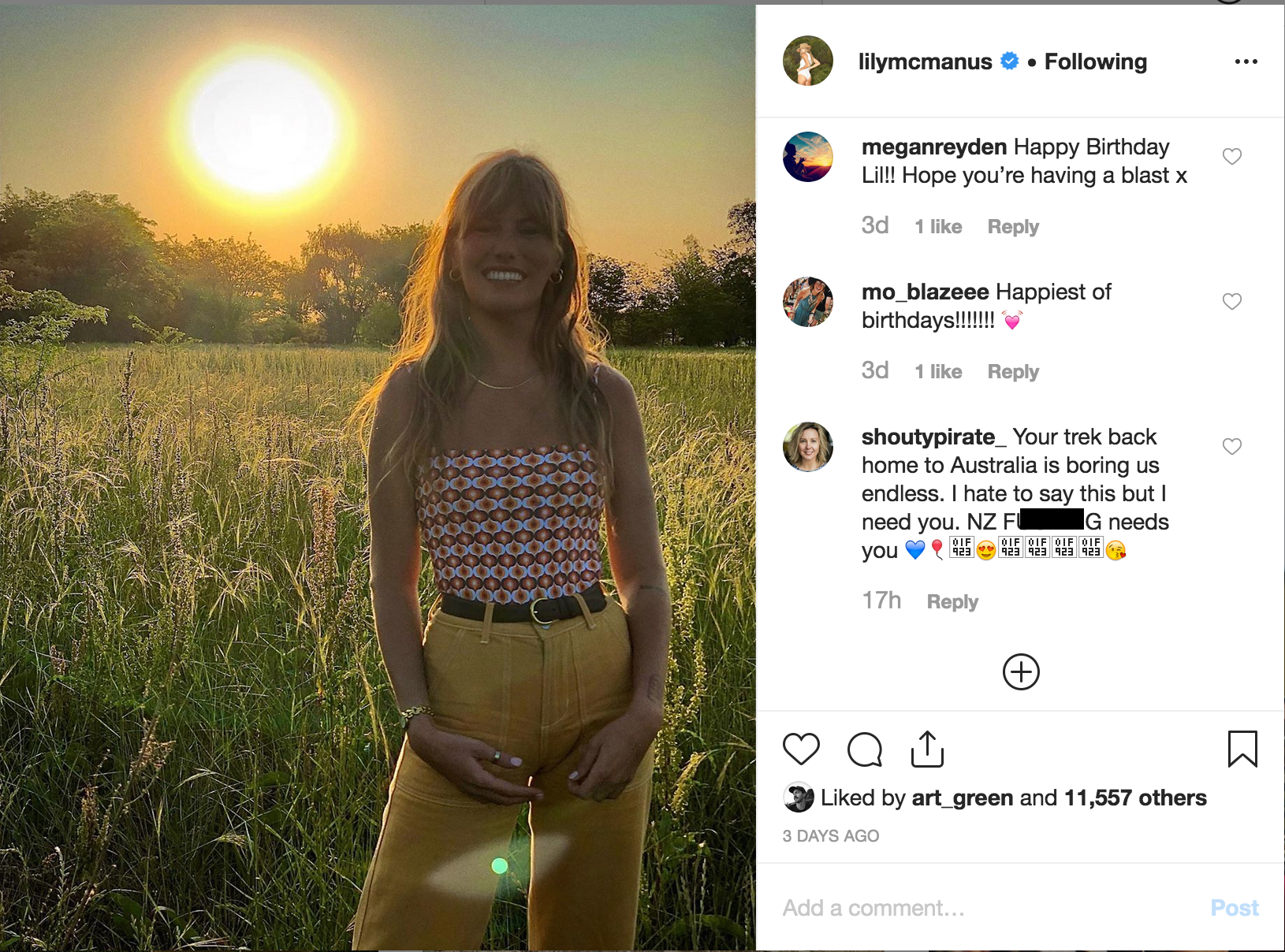 @Bobette wrote:"Trek back home to Australia"?

She was on Treasure Island, wasn’t she. I don’t think she knows where Lily is.

I bet Lily told her Kiwi friends she was going back to Australia for a while, and her Aussie friends that she would stay in NZ.
Her friends from the US, Canada, Germany and Sweden that commented probably just assume that she is somewhere down under.

When you think of it, few people can go off the grid as easily as Lily.

I hope Courtney knows beforehand. I know he would tell her to do it, even though it would be hard for him.

I don't get why Lily would be liking and commenting on Art's IG if she's not the Bette? And she only started doing that when filming for BetteNZ had started so it's not like they were friends before then and they didn't all follow each other until this year.

Yeah you're right - it just still seems too good to be true so I'm guarding against disappointment.  I MUST BELIEVE!

I also agree re: Courtney.  I was keeping an eye on his SM hoping he'd start following the Bette NZ IG but he's too canny.

What gives me pause is her liking posts and following Timm. I have a hard time reconciling that she'd do that if she is the Bette and filming? Unless he is just a friend? But he doesn't follow her so I am not sure. Even then, it's odd for her to be liking his posts if she is filming and it makes me very cautious about the men she may have if she is the lead since she made the time and intent to like Timm's posts (note: just posting of her SM activity towards Timm, no spoilers of anything else).

I'd be disappointed if she is not the BetteNZ and confused why she follows BetteNZ if she is not. The other contenders from previous bach seasons stated they are not the BetteNZ but Lily has not confirmed nor denied. I'd think she'd denied it if she wasn't, given she seems like a straight shooter? Otherwise IDK

It has to be her right?