@Astrobach wrote:@AllAboutLove @Bobette
WAIT!!! I’m so late to the party!!!
I’m still at he same spot with him I think...did we ever find his REAL birthday?

Sorry @Astrobach I wasn't able to lock down a firm date.

What you said upthread though - a whirlwind fairytale romance followed by a crash - is actually how I could see it going.  I like Aaron but the question marks for me would be the fact that Lesina seems to have a firm/dominant personality (the constant probing/questioning, clearly a driven high achiever etc) and has said she prefers submissive men.

Aaron is being submissive by saying he feels she's out of his league (which is of course how a Lead should make a constant feel, IMO) but if the other guys see him as the AMOG he obviously has a dominant side to his personality too, which could lead to a clash/power struggle down the road.  I'll be interested to see how it pans out post-show.

They kind of remind me of Rachel and Brian. Tough professional woman, but gets mushy around her laid back guy. He lets her take charge until he puts his foot down. He is alpha, but comfortable enough with himself not to be in your face with it.

he’s so soft around her it’s so cute and she melts around him. He’s confident in his own skin and she needs that but he’s also someone that will treat her like a queen imo. Perfect match and very compatible. I have high hopes for them

There’s a huge difference between being a confident man around other men and being someone who lets the woman shine in the relationship. That’s the perfect balance imo and exactly what her dad is like. Strong and confident and a leader among men but shines an even brighter light on his wife and she shines when it’s just them. I think those are the best kinds of relationships imo. And speaking as one who has been happily in this for years. I want a man who can hold his own around other men. Who will always put me first and never bros before hoes mentality. The fact that Aaron puts Lesina first before these guys (who are looking petty and granted are competing with him, yet all seem to really like him post-show) is exactly what a woman deserves. Not some guy who will put guys before Lesina. Aaron has put her first. He’s been consistent day one. That’s a man who is a true partner and truly there for her. Strong when he needs to be and always she is first priority to him in actions (not just words). It’s a very good dynamic imo and I could see Art being the same if he was a contestant and Mattie was the lead

Yeah but Aaron admitted to being a player in the recent past, so his track record for letting women shine in the relationship hasn't exactly been established at this point.

And Lesina has called other guys on the show out for being different around her to how they are around the boys, so there seems to be a bit of a double standard at play there.

Anyway I do think Aaron is the best match for her of the available options and TWT.  Your comparison to Rachel and Brian is interesting @Sprite - they are good together IMO.

But Aaron IS letting Lesina shine now imo So that is established. Literally Lily herself said the only one wo th eyes only for Lesina and putting her first is Aaron. His past then is no different to how Bryan was. And props to Aaron for being so open and honest. That shows huge growth imo. Aaron imo hasn’t been different around the guys in that sense he’s the same with them in how he had been as he is with her meaning not one person has said he’s different. So not sure what double standard is there. What he says to Lesina is what he says to the guys face. That’s consistent. I don’t see an alpha male type acting person at all with Aaron. Marc is that type imo. I hardly put a lot of stock in what Marc has to say or some of the others. I’m going with the sleuthing and Lesina has seemed super happy since filming ended and so was Aaron in his sm since before the premiere imo. I was distracted before and to me that’s all the words amog or whatever are to me. Distractions. He’s so obvious the frontrunner when Lesina herself said as much in front of Marc. I’m looking at Screencaps and how lesina has been post-show. Everything points to a very happy woman imo. Whether it lasts or not doesn’t matter to me. I’m enjoying watching their love story

Love how Lesina looks so happy around Aaron on the show, post-filming, and here too. She giggles and is so giddy whenever she’s around him or sees him. Bodes so well and Aaron has the same hearteyes when he was filmed watching the premiere with all his family and friends (typical F1 like). I think they may be having a shv this week too 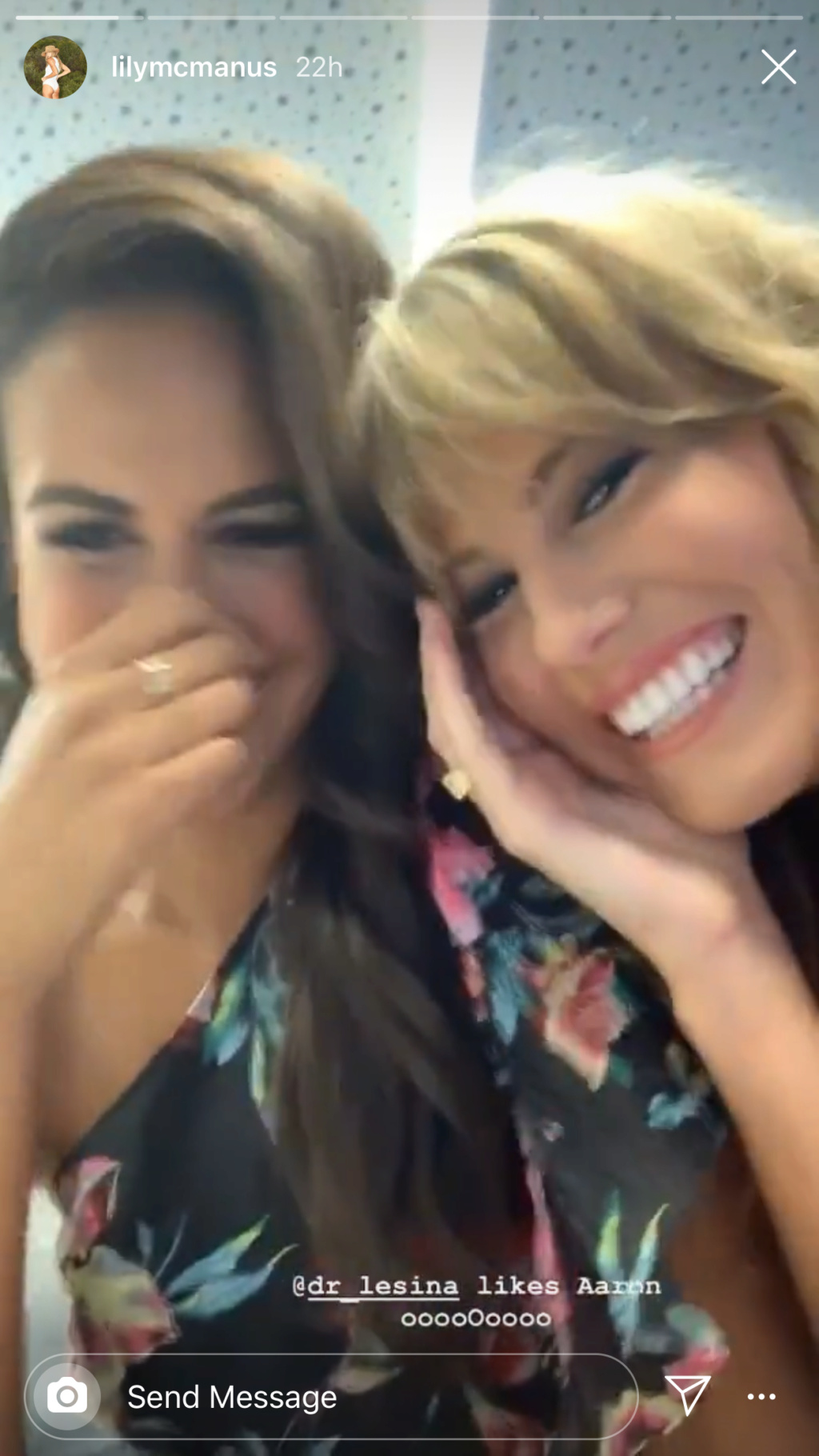 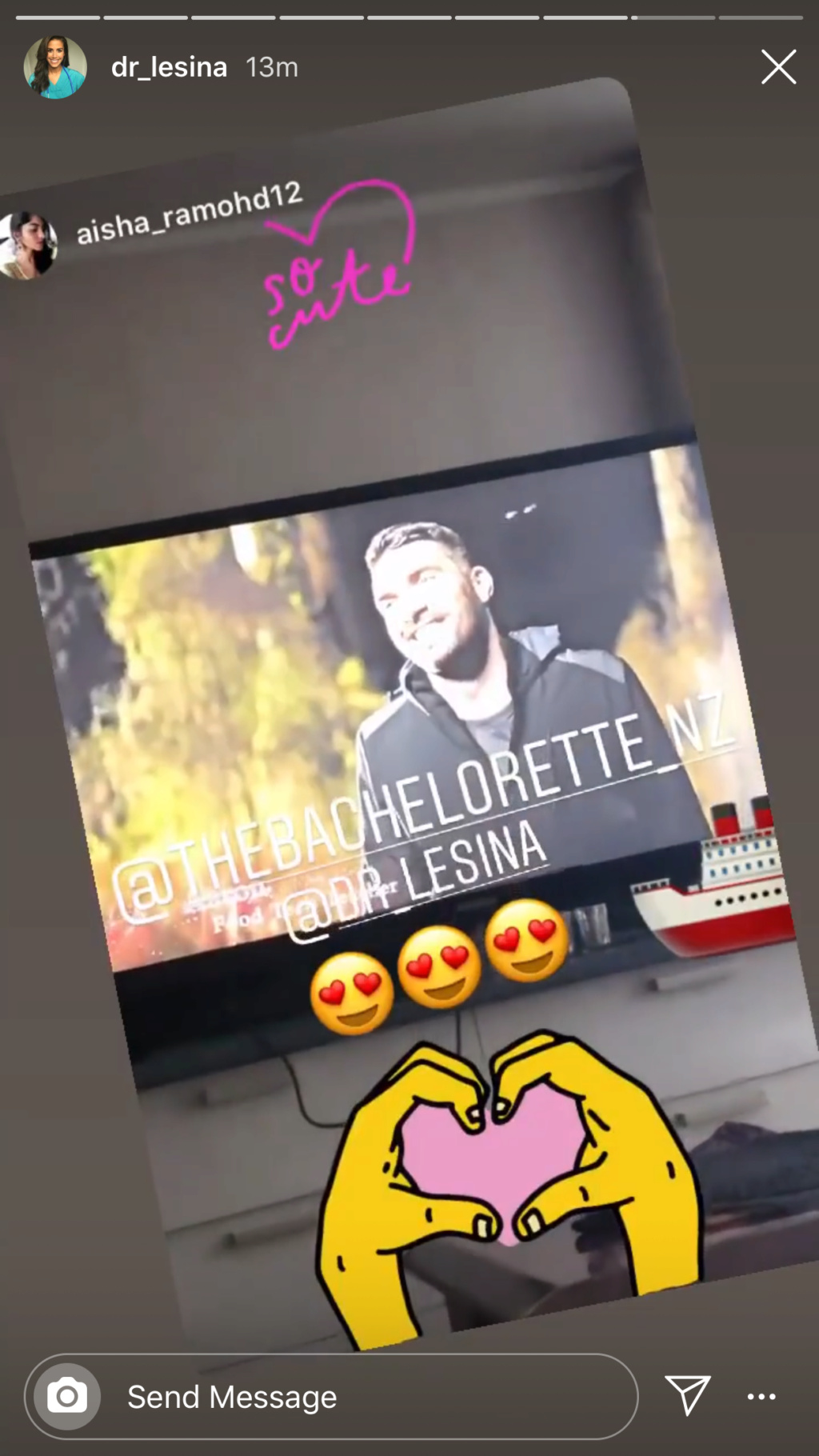 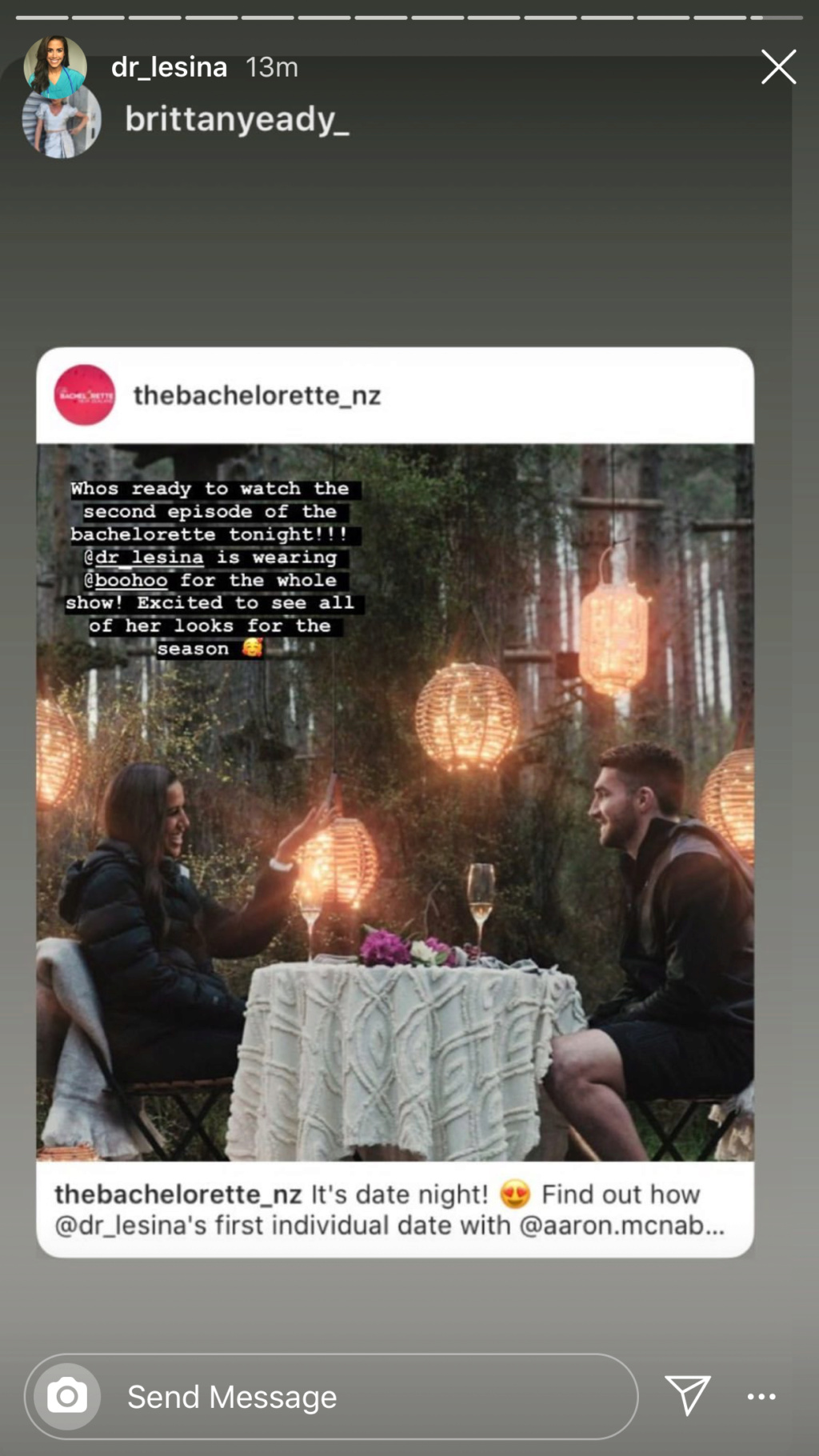 An interesting post by the Bette NZ IG page. 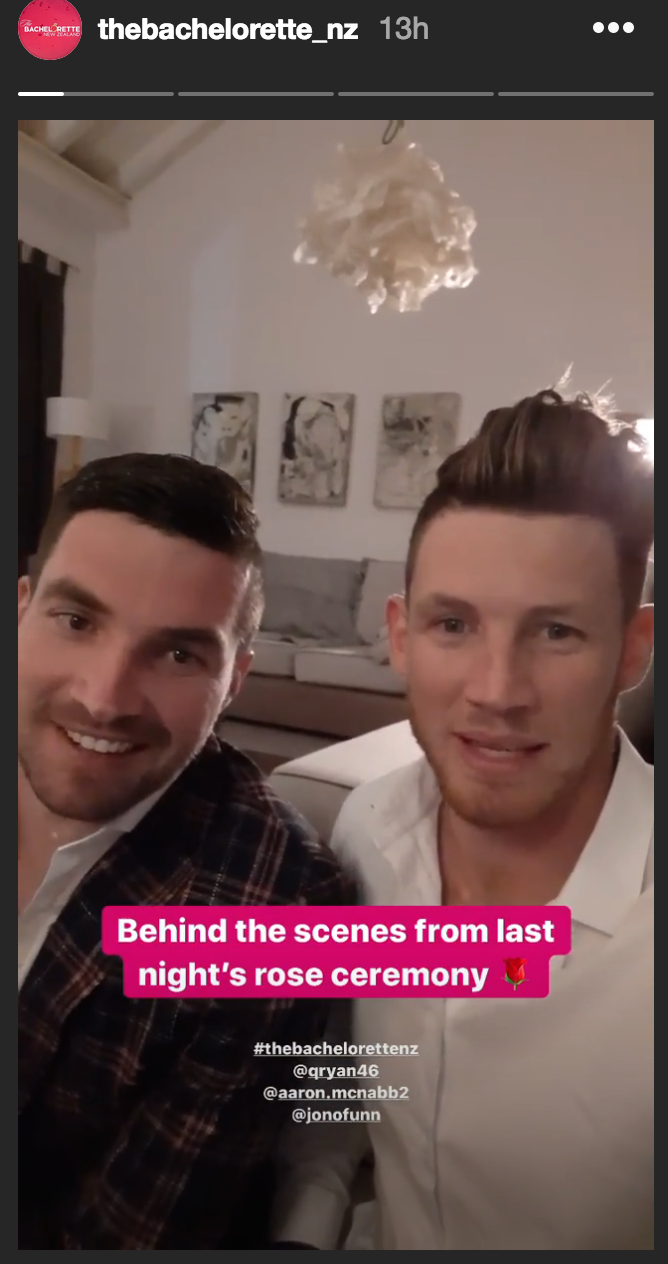 They're definitely not hiding either of these two.

Watching Aaron and Lesina is so obvious to me they are falling for each other. The only real connection and potential lasting one I see out of any of them on the show. I have high hopes for them

Just watched the last episode. Still missing a lot of their words because of the accents. The body language between Aaron and Lesina though is fiery. Those under the table camera shots sure show alot of chemistry between them. She is giddy around him. Do not yet know what this new guy Mike will bring but I think for now Aaron is way ahead of the rest- at least she is sure attracted to him the most. She did say though that Aaron is not the kind of guy she would usually date. (Wonder what kind she was use to dating?) Not sure about Steve. Do not remember seeing much spark on their date- what do you think? With Lily, Quinn is the only one I have seen she is really interested in. Maybe new guy Richie will catch one of their attentions. I wonder if they brought more guys in because it was becoming to obvious concerning their choices. Does anyone know apporximately how many more episodes there are? All JMO

I get the impression Daryl is definitely not a fan of Aaron.

@Bobette I noticed that most the other boys don't like or comment on his posts either, so not liked at all IMO.
@just me previous Bachelor seasons were about 19 Episodes, but there must be more this season because there are so many left to eliminate.

@Jordan44 Yeah as soon as they labelled him AMOG it was obvious he's not exactly Mr Popularity among the other guys.

@Bobette Excuse my ignorance, but what does AMOG stand for? TYIA