I think her facial expression is very F1-ish too!

OK so I just listened to this radio interview.

He says he didn't apply, was scouted to be on the show and decided to give it a go because "Tinder and Bumble didn't work" (

), then adds that since being announced his phone has been blowing up and girls are "already sliding into the DMs". (

He says there was a mix of "nerds and gym junkies" in the house and they made their own little circles.  The host asks if he's had his teeth done to which he replies "no, this is all Colgate" (Show sponsor alert!  He's also following Suzuki - another sponsor).

He's cagey about giving away too much date info but it's pretty clear he had one involving baking IMO.  He also mentions being filmed in the gym so I'll be watching out for that - if it's not in his episode 1 intro package it might have been filmed at his HTD.

Thanks for bringing over. He seems very calm and collected somehow to reply to these questions IMO. I don’t find him unpleasant but he didn’t give away any weird body language signs when her name was brought up. Wonder if he’s experienced with media because of his job or not.

@Astrobach I feel like he was trying hard to maintain a game face.  He stiffened when they asked him where it was filmed - then said Auckland and didn't mention Argentina at all, so that's essentially a lie by evasion/omission which he pulled off relatively well.  Noted.

My favourite part about the interview was the fact that the hosts could barely keep themselves together or take it seriously.

It's quite an achievement they were able to get a show off the ground in NZ at all - I think a lot of NZ guys would find the concept weird TBH.

@Bobette yes, I noticed the hesitation about locations as well, like he was quickly thinking, ‘ gosh, am I suppose to keep that a secret’ , I better glide over this’. Any info could lead to info about how much time he is on, so it was wise to drop it.
Now I want to see more interviews with others to compare!

@Astrobach and yet there are no interviews with other contestants.  Interesting, no?  Combined with his WD feature spread he's either being not-so-subtly promoted by TPTB or is extremely accomplished at marketing himself.  Hmmmm.... 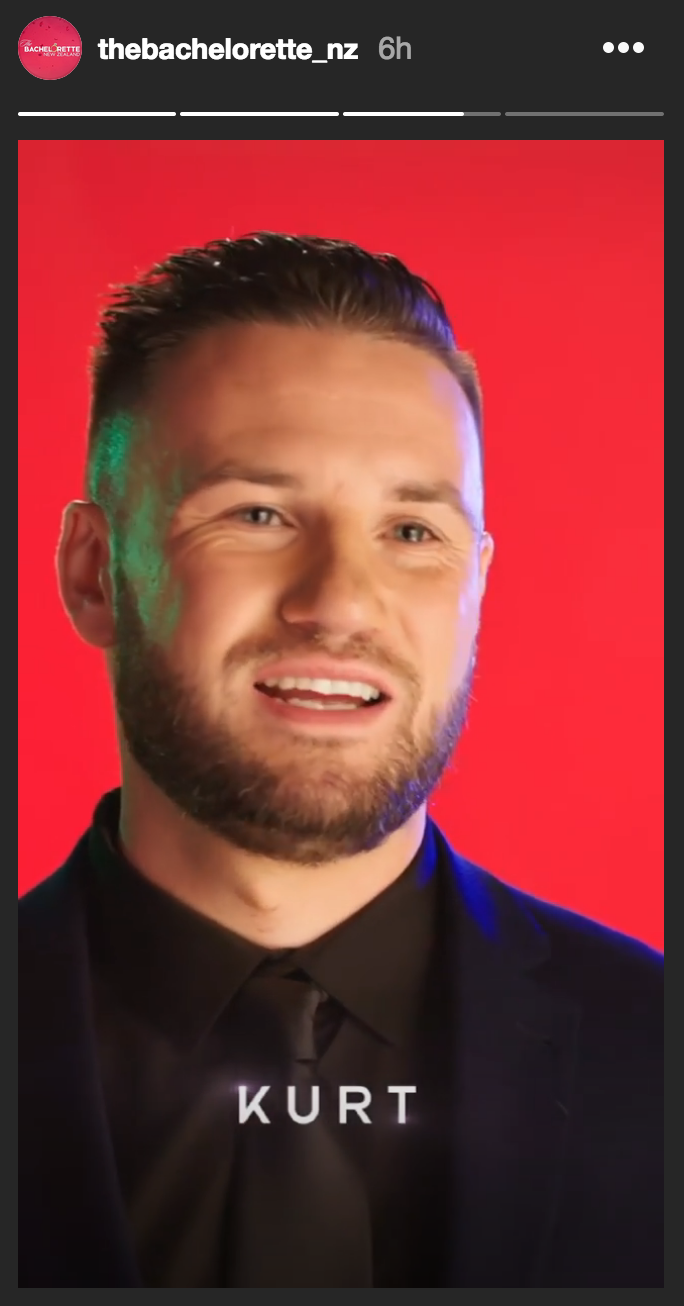 Didn’t see the story... but this media exposure would seem to preclude him from being F1 don’t you think @Bobette?
What is the past M/O , I guess with Bachelor since it’s the first Bette. Any F1 prominently featured like this? I’m racking my brain and as far as I can remember, no F1/4 were ever so ‘ mediatized ‘ but CMIAW.

ETA , ok, I started following so I can get all the IG stories . Saw everything, comments and all.
No IG story featuring Kurt...where did you see that @Bobette?
2. Art is THE BEST. Man he is so handsome and classy. And Lésina seems really nice, natural and genuine. Looking forward to next week.
Am I right that Bachelor Archive will have it a day after the broadcast? TYIA

@Astrobach The only NZ show I sleuthed was Zac's, which was unique because it started airing before they finished filming.  It was very interesting actually because the F2 was initially presented as a bit of a tomboy/funny girl/novelty contestant, and then when they realised she was going to go far there was an obvious shift in her edit to foreground her more thoughtful/wise/Old Soul side.

To me Zac's F1 was a very obvious/boring choice and I kept expecting/hoping for a twist but it never came, so in that sense it was a very predictable season IMO.  But I think Lesina's season is being produced by a different team so they might employ more of the tried and true F1 concealment tricks we see in other countries.

Kurt is a real head scratcher to me.  Based purely on being hidden in the promo and his spot in the cast photo he looks like an F1 IMO.  And the fact that he was scouted (if true) suggests he might have been cast as a potential match. But I don't remember full page media articles about an AU F1 other than Angie's F1, and they were negative (about his acting etc) not positive like Kurt's.

I'm just finding it really hard to discount his SM activity ( and his comments in that radio interview) which seem to be inviting female interaction IMO.  Maybe I'll feel differently when I see them together but at this stage I remain skeptical of his motives and feel like he joined the show primarily to get famous and pull chicks.  JMO

@Astrobach wrote: ETA , ok, I started following so I can get all the IG stories . Saw everything, comments and all.
No IG story featuring Kurt...where did you see that @Bobette?

It's the most recent story on the Bette NZ IG - he's towards the end.  And yes, episodes should be on the Archive the next day.

ETA:  Case in point.  This seems to be encouraging women to DM him IMO. 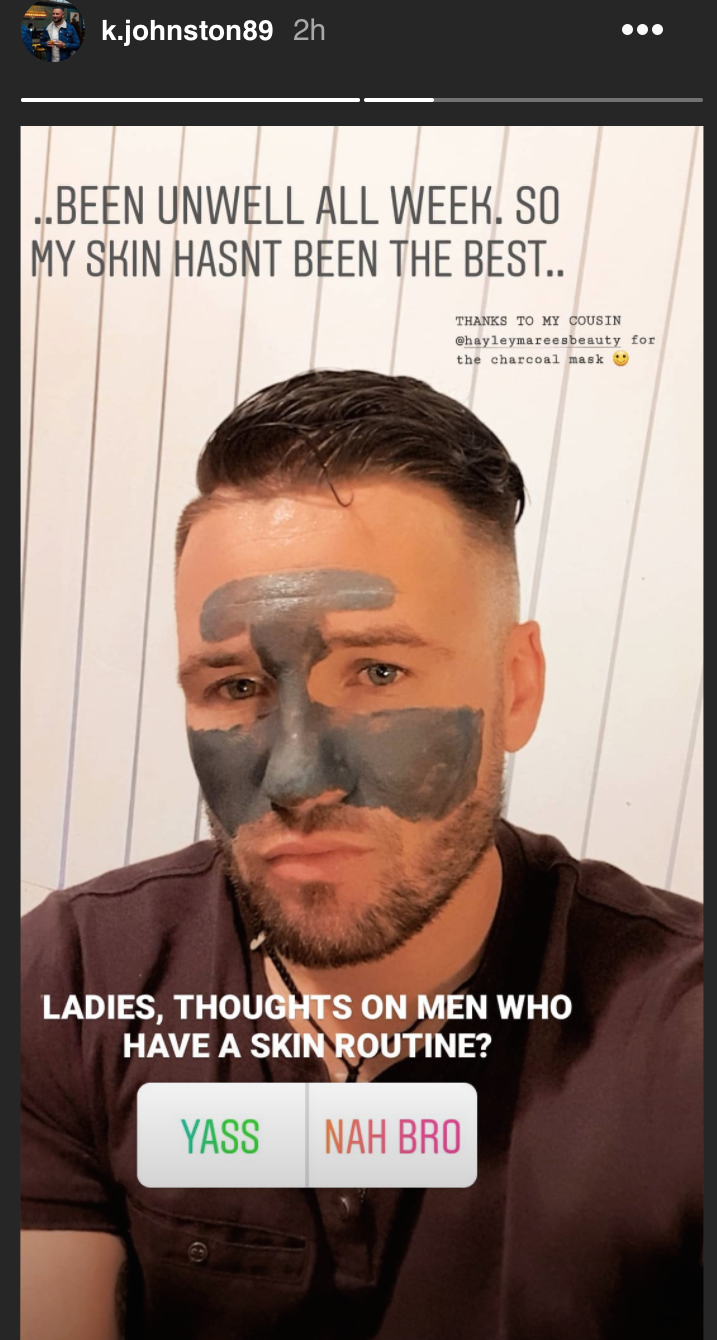 @Bobette
Yes, you raise good points about him being scouted and his overt S M activity. Would he be eyeing the Bachelor role? Could he be in cohut with management that far ahead? I’m also scathing my head. And let’s not neglect Lesina’s feelings in all this. What is she thinking/ feeling about the guys promoting themselves respective to their placements?

Perhaps he quite willingly played the villain in exchange for media exposure?

@Jordan44 wrote:Perhaps he quite willingly played the villain in exchange for media exposure?

The thing is that TPTB seem to be portraying him as a "good guy". If viewers were only going by the promos and didn't know about his IMO questionable SM posts/follows etc they'd probably like him so far IMO.

They've had clips of him talking about baking, liking a woman's smile etc - so I don't think he was cast as a villain (that role will go to Liam, Glen or Marc IMO, whose clips have made them seem a big cocky).