@Jordan44 wrote:It does seem strange how he (and select others) getting so much more exposure than others

Also noting that this podcast, who are affiliated with Daryl the spy, named Kurt as their number 1 pick (at the 22:10 mark

).  They then remind each other to be careful of spoilers, and abruptly cut to an ad....  Literally no other guys are even mentioned.

The plot thickens! Only a few days before we see them live!

Looks to me like they’re not following the US pattern of hidden media for the finalists.

@Astrobach wrote:Looks to me like they’re not following the US pattern of hidden media for the finalists.

Yeah I found that with Zac's season - F1 seemed WAY too obvious I thought surely the F2 will make a late charge but nope.  So maybe the NZ TPTB are just more up front.

In the podcast the girl said Kurt, and then the guy said something along the lines of... did you guess that straight up without seeing the first ep? (he'd seen it, she hadn't).

He seemed surprised/impressed with her pick which leads me to expect that Lesina will have a really positive reaction to Kurt in episode 1 and become an early front runner.

With this being the first NZ Bachelorette, they might be trying to lock in viewers by having everyone fall in love with Lesina's F1 by showing Kurt so prominently.

@Norcalgal Yes, quite right.  If so I wonder if they're still together now though.  His SM activity is really questionable IMO.

ETA: Speaking of which, just noting that Kurt has deleted many of his follows since he was first sleuthed upthread.

Hmmmm. An interesting upload from Daryl the spy. 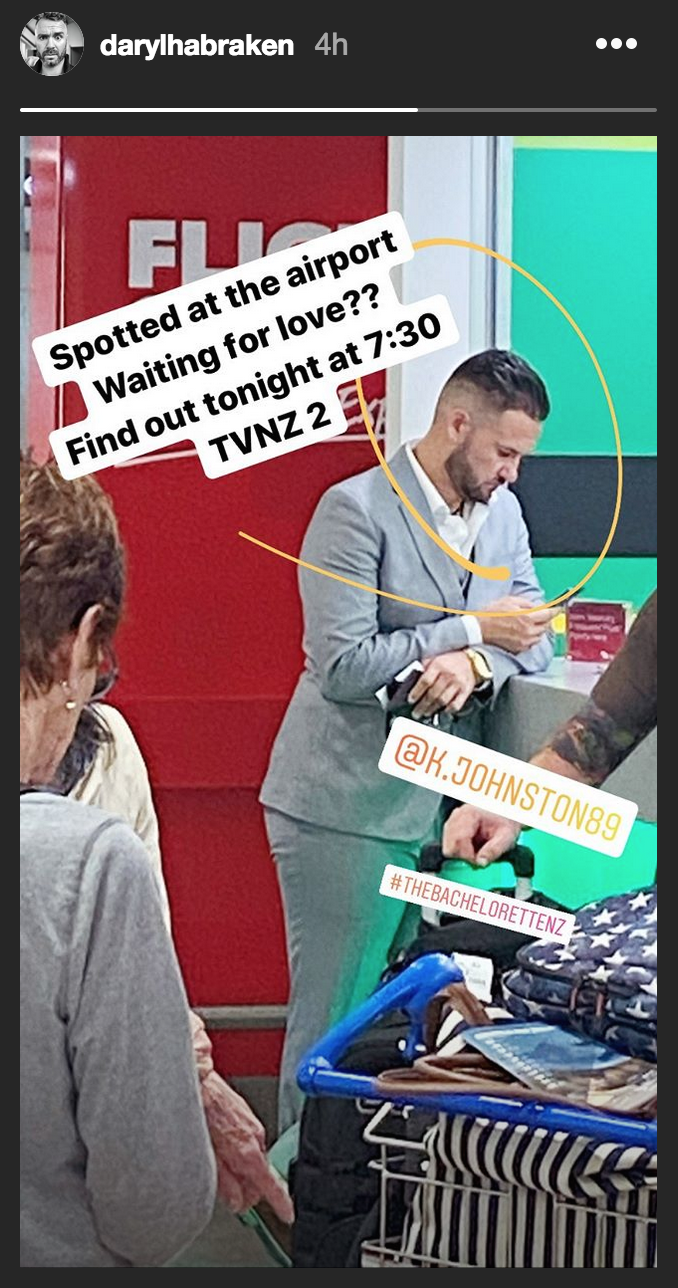 Kurt was the one I first posted about Jan 13 that I was keeping my eye on him for possible F1. The fact he was doing an interview pre-season screamed F1 imo as does his magazine spread. Bette Aussie used to be the same for their first two seasons (both Sasha and Lee were the only ones from their seasons who got an interview spread in WHO mag and the most media coverage). So a super obvious F1 makes sense to me especially with a first season. Plus the other men seem way too young imo. Idk. Will keep sleuthing in the other threads.

With Lesina being in OZ, I was wondering if she will meet her F1 there somewhere. I suspect that she will. Makes sense to do so around when she is helping out. Will have to keep and eye out (and sleuth in the SM thread) and keep tabs on Kurt too.

May need to copy this over to the possible F1 thread

ooh good catch on Jonathan! He’s shown in the short promo clip too.

The short promo vid has a bit more of the guys. I’m watching out for Kurt. He seems very excited. Also did interviews today so not sure if it was just him or others too? Need to scope out and sleuth their sm for clues to tie into filming.

@AllAboutLove oh that's an interesting idea about them meeting up in AU.  Do any of our NZ members recognise this airport terminal - is it Domestic, or international?

Re: your post quoted above, I'll also quote my reply at the time, since I neglected to take SCs of Kurt's IG follows.

@Bobette wrote: IA Kurt does seem very excited but his most recent follows include MAFS cast members and girls with big boobs so I think he's probably mostly excited about the potential boost to his dating pool.

ETA:  Kurt just posted a story which might have been pre-recorded if he was flying out of NZ in that pic upthread.  So that's suss IMO. 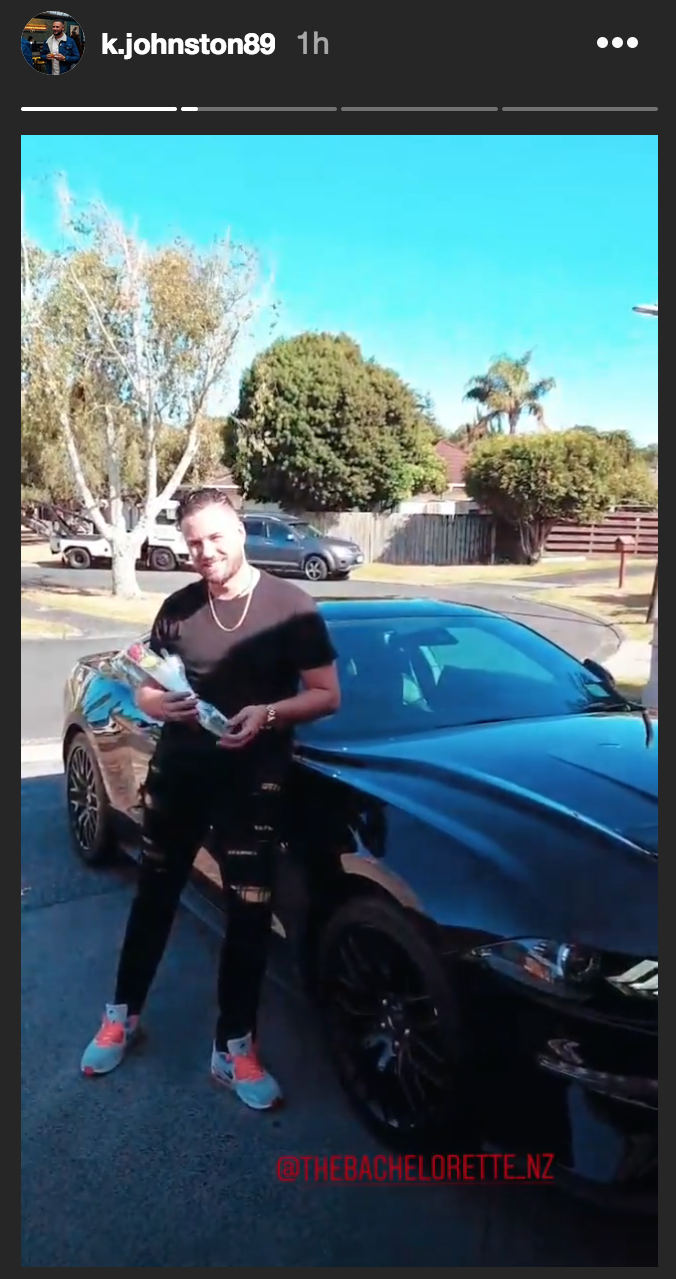 He's also doing that thing where guys include their cars in otherwise-unrelated pics, just to show off that he's got an expensive car. 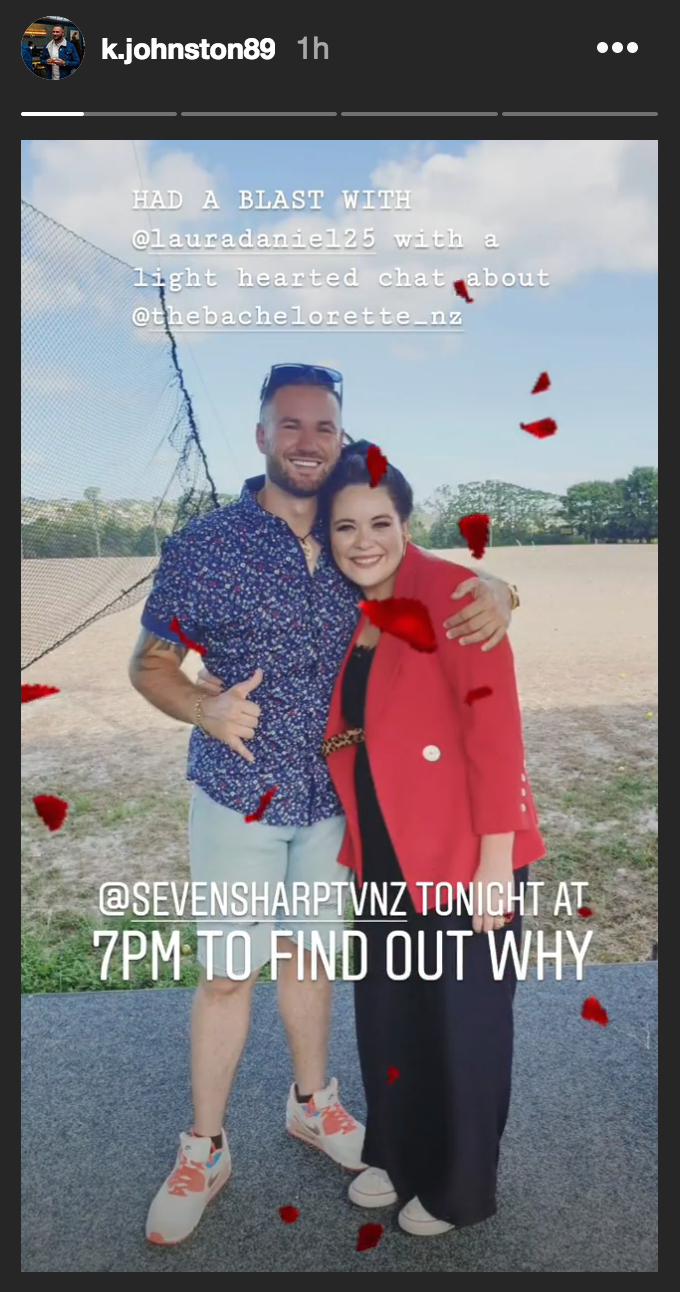 @Bobette yeah I’ll be side eyeing him too

I didn’t even notice the car

I did notice he tagged Lesina on the car in the video clip (not shown in your screencap as the tag shows up in the second IG story of him talking about will he get a rose from her).

@AllAboutLove I am trying to remain open minded but from what I've seen so far I'm not a fan and remain skeptical of his motives.

I do think Lesina will have a SHV. Not sure what airport that is? Any Kiwis know?

Sometimes I wonder if people think I'm being deliberately awkward but I just NEVER seem to like the F1s!

Yeah we need to ID that airport pronto - might do some Googling, unless @Katiebelle or @Jordan44 or any other members recognise it?