Giving some attention to someone I totally forgot who he was and had to read page 1 of this thread.

trentjespersenMe and this dude @chasevergason in the ATL tearing it up

Hi, everybody! I haven't posted this season but I have been following along. I appreciate everyone's SM sleuthing as I really enjoy it as well. I have been paying close attention and have a few thoughts.

Ashley's pic in her wedding shoes was likely taken before the wedding while watching an early episode of Season 4. This would also line up with the suspected early August weddings for this season which has been mentioned on another thread I believe. She didn't post the pic until the season started airing.

The pic referred to as a viewing party is labeled with #bacheloretteparty so again likely taken at her building before the wedding.

Anthony's video of the viewing party venue is definitely the same location as the picture of him and Nate as well as pics of all three brides. So that's a good sign that Nate and Sheila as well as Anthony and Ashley are at the very least on good terms. This appears to be a different bar than the one run by Ashley's family.

And finally I believe the pic of Anthony drinking his coffee was taken at Ashley's parents' house. I can't prove it because the real evidence was on his Snapchat the same day. It was just a video of Anthony saying hi to a man I didn't recognize. But the chair he was sitting in was the same ones you can see in the preview of the season when Ashley is talking to her family around a big dining room table. Obviously that video is gone but I swear they fabric and chairs were the same.

They both have been posting pics of each other after nearly every episode, another really good sign that they made it.

All this leads me to believe they are still together today and I really hope this is the case. They are my favorite couple this season and I thought they looked like they belonged together since before we even saw them meet. I just find all the sleuthing to be one of the best parts of watching the episodes week to week. It's a fun game to try to figure out who is still together. I hope they don't get too creeped out if they ever read these things. I am enjoying this season and enjoy reading everybody's sleuthing thoughts.

I'm getting all the advice I can from this Beautiful Bachelorette @missanna213 Can't wait to celebrate with you!!!#bacheloretteparty by @therachlindsay


When all your friends are babes you have the hottest bachelorette party ever. #bacheloretteparty #labordayweekend #hairflip #nailedit by @nikki_ferrell

@Katiebelle wrote:They have created a pick your favourite Bachelorette pool on the TV3 website...Who would you all vote for?

My vote is for Rebecca. Viewers have seen a genuine connection between Rebecca/Jordan even with her limited screen time as of episode 8. I think that's why she has a lot of votes JMO 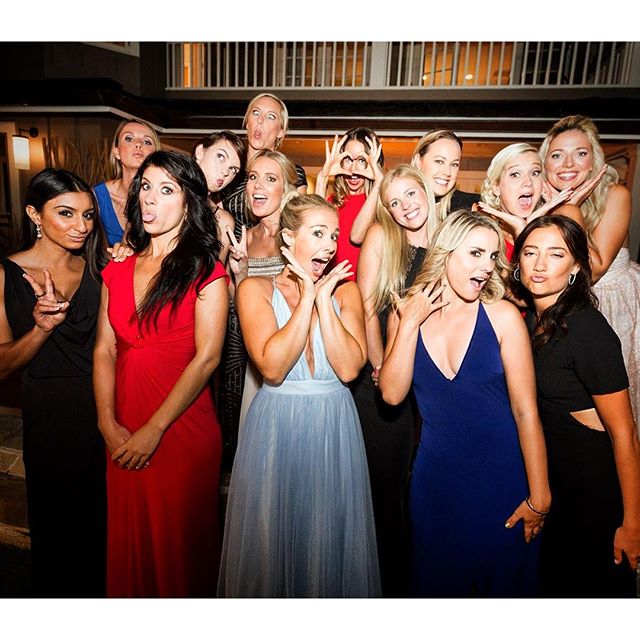 [You must be registered and logged in to see this link.] wrote:Her GPS says Virginia

Shame! she must be tired, if I knew were in Virginia I would have gone and take her out for coffee!!