That ring is stunning! and HUGE

.@TheRachLindsay and her fiancé’s leg! See the rest of him on #Kimmel tonight after #TheBacheloretteFinale! pic.twitter.com/ZJRTC3o02p 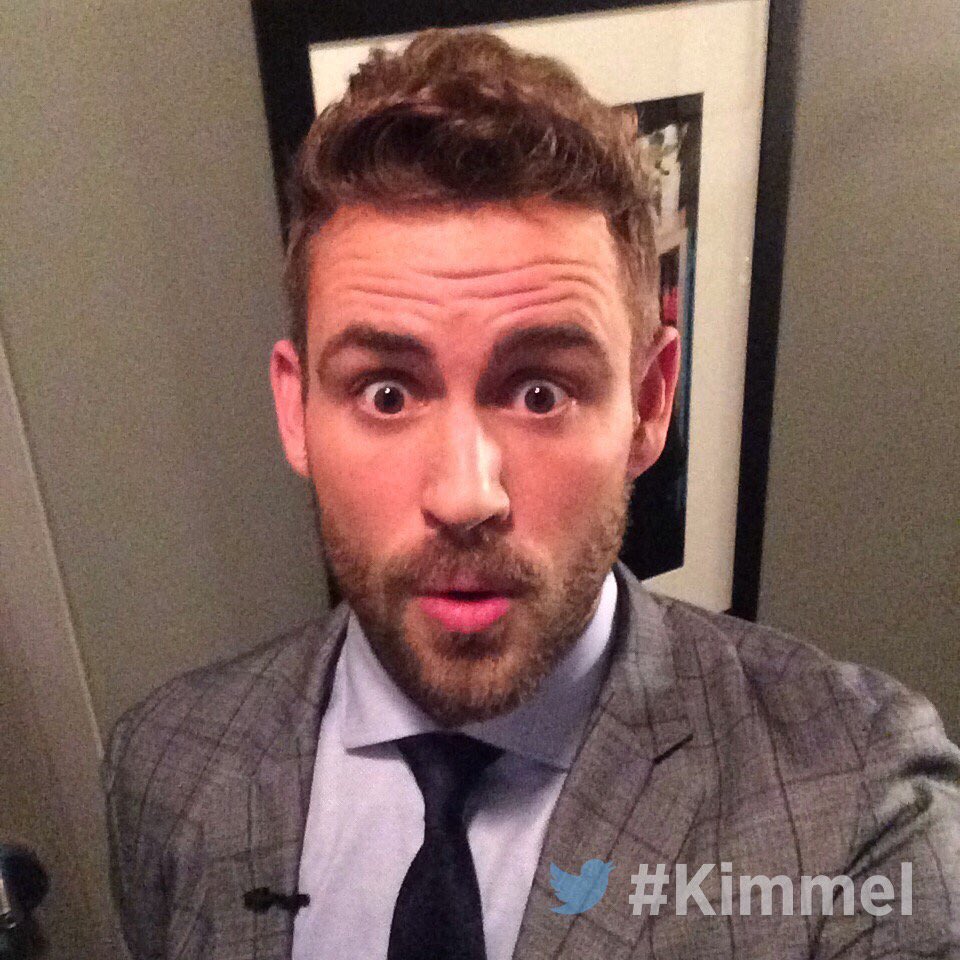 The Bachelor ‏@BachelorABC
When @jimmykimmel reunites you with two of your exes... #TheBachelor #Kimmel 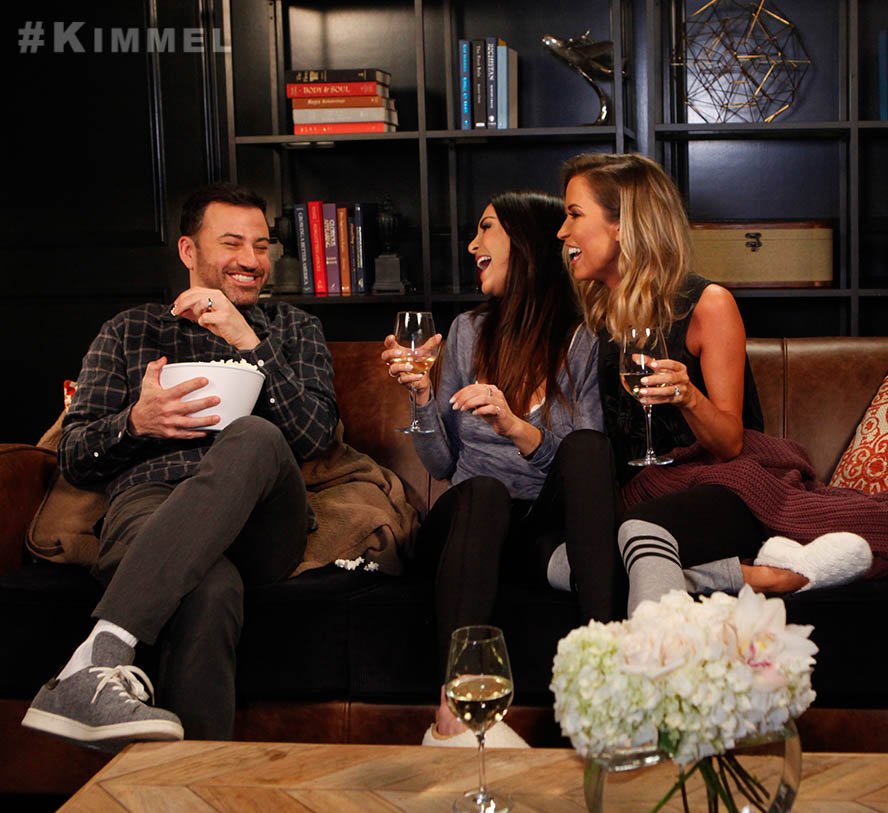 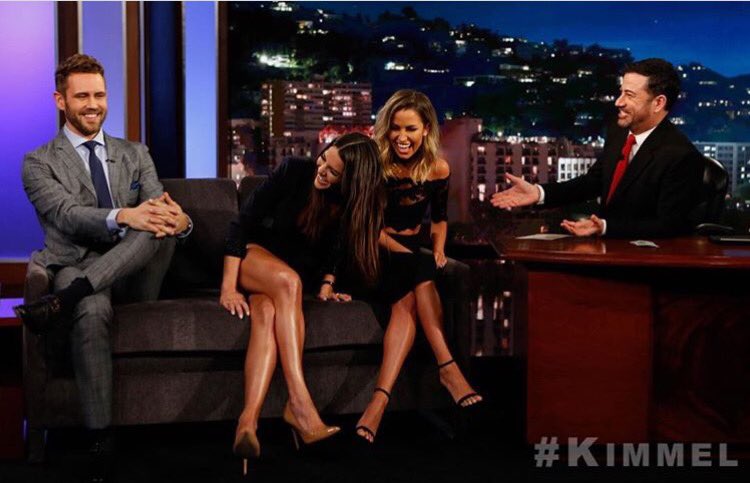 The Bachelor ‏@BachelorABC 4m
Only on #Kimmel does something like this happen! Who's enjoying Jimmy Kimmel Live: Here for the Right Reasons?

Jimmy has a lot of questions for #TheBachelor @ViallNicholas28 on our primetime special TONIGHT! 10|9c #ABC #BachelorNation @BachelorABC 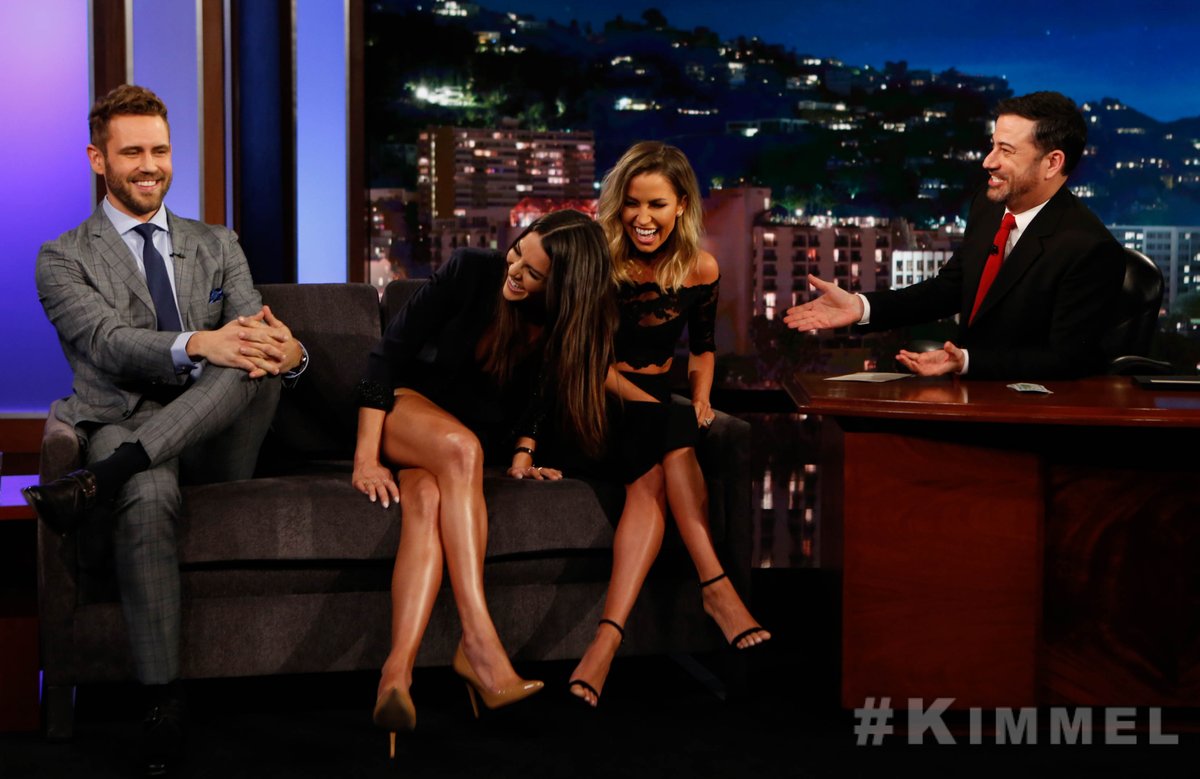 The perfect watch party for the premiere of #TheBachelor #KIMMEL IN PRIMETIME TONIGHT! @AndiDorfman @KaitlynBristowe #BachelorNation 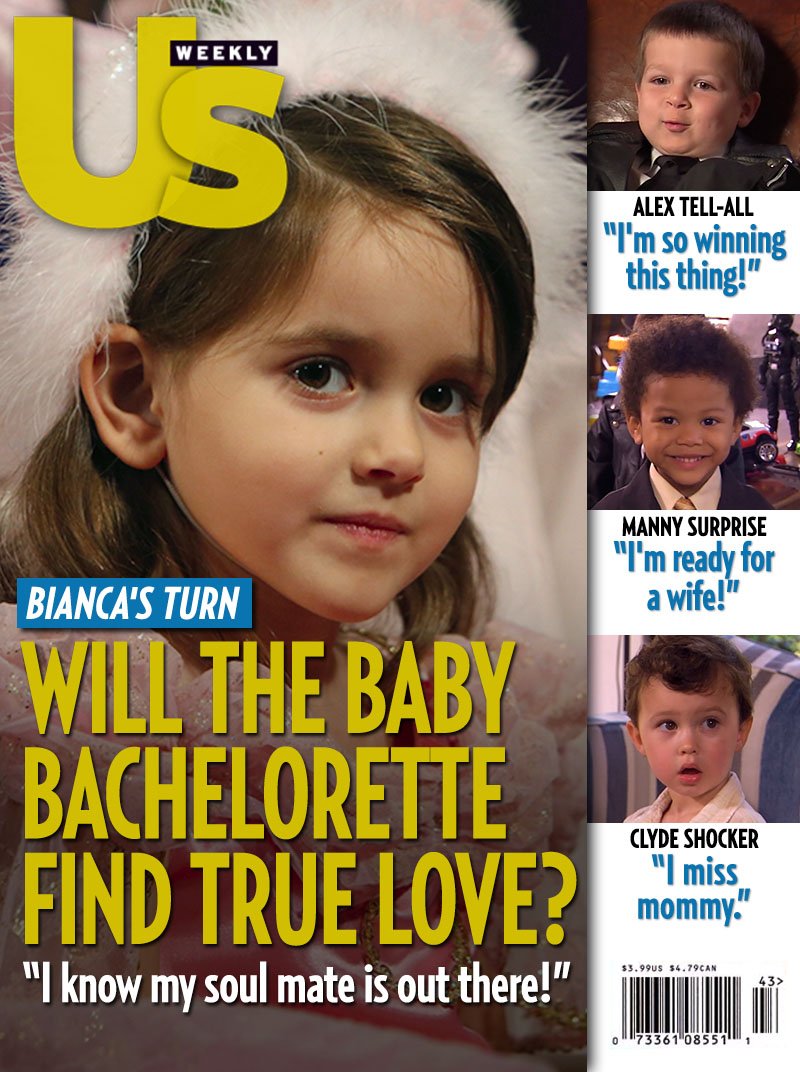 One of our San Diego Sports Directors (fittingly on the ABC station here - KGTV/10) is also named Ben Higgins.

Both look enough alike and have verified accounts that from just the little twitter pic people have been confusing them since Ben was on Bachelor last season.

The two Bens met earlier in person for press stuff because the Ben who's the Sports Director decided he's gotten enough of his emails and tweets it was time.

It finally happened. Coming up on @10News at 11a...Ben Higgins & Ben Higgins, the interview. #TheBachelor @benhiggi 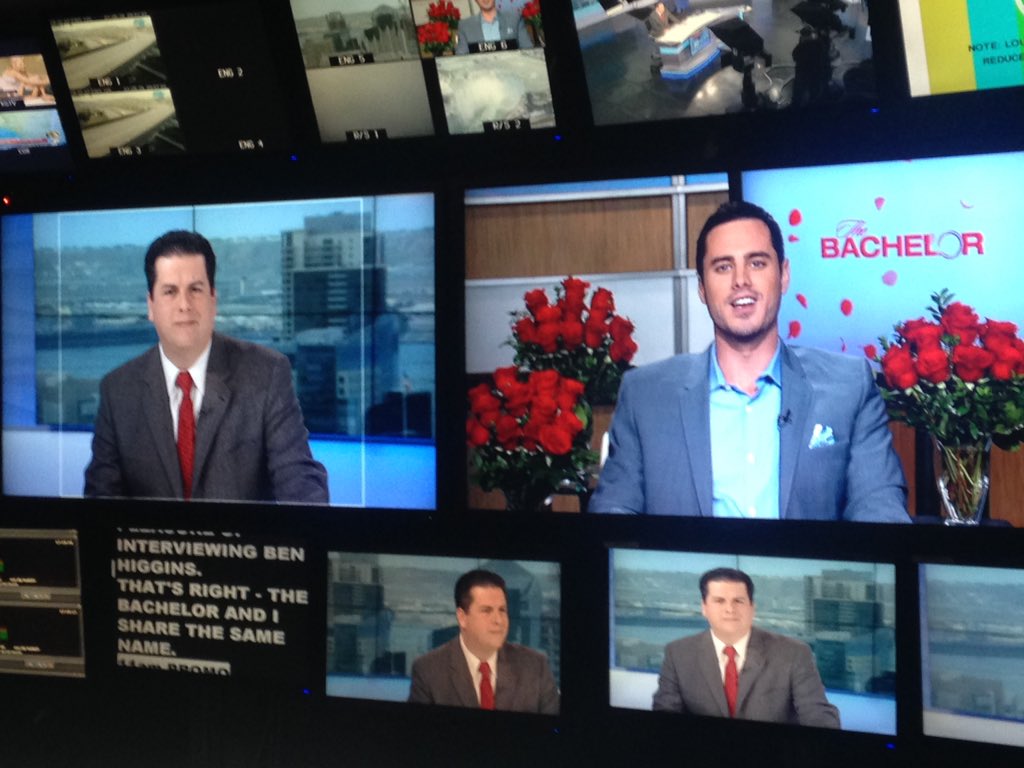 And Bach Ben tweeted about it and included it in a few interviews:

Two Bens collide! Finally I met the other @BenHigginsSD

And his station, 10 News has always done things a few times during the Bach/ette on the news at 11 pm if locals are on the show, so Becca's been talked about a lot since she's local and made it so far last season also.

I'm sure this will end up on at least Sports Director Ben's twitter account, but probably also on the 10 News website somewhere tomorrow, but in case anyone wants to watch online, it'll be on in 10 minutes and you can watch on their website or app, etc.

How did @BachelorABC's @behiggi cross virtual paths with a San Diego sports star tonight? This Ben Higgins will show you on #10Newsat11

Sports Director Ben has been posting some of the tweets he's gotten all season since having Bach Ben on, but tonight it's also coinciding with a Jimmy K "mean tweets" thing - which happens to be perfect timing since he's getting bombarded with mean tweets for letting Becca go.

Only obviously it's the wrong Ben Higgins. LOL. 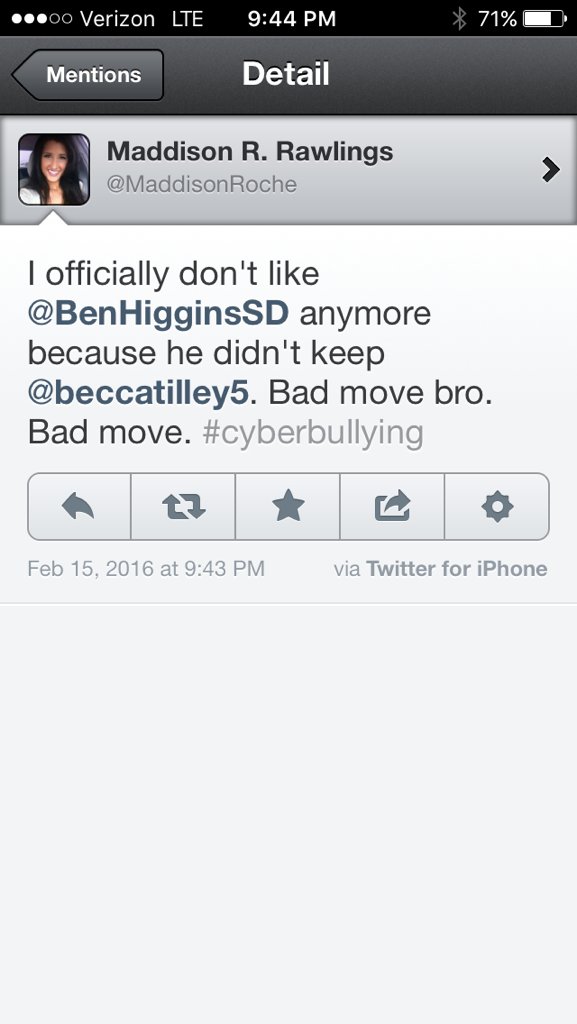 #Kimmel has "Mean Tweets" tonight after #10NewsAt11, but I can get the party started with a little @BachelorABC love 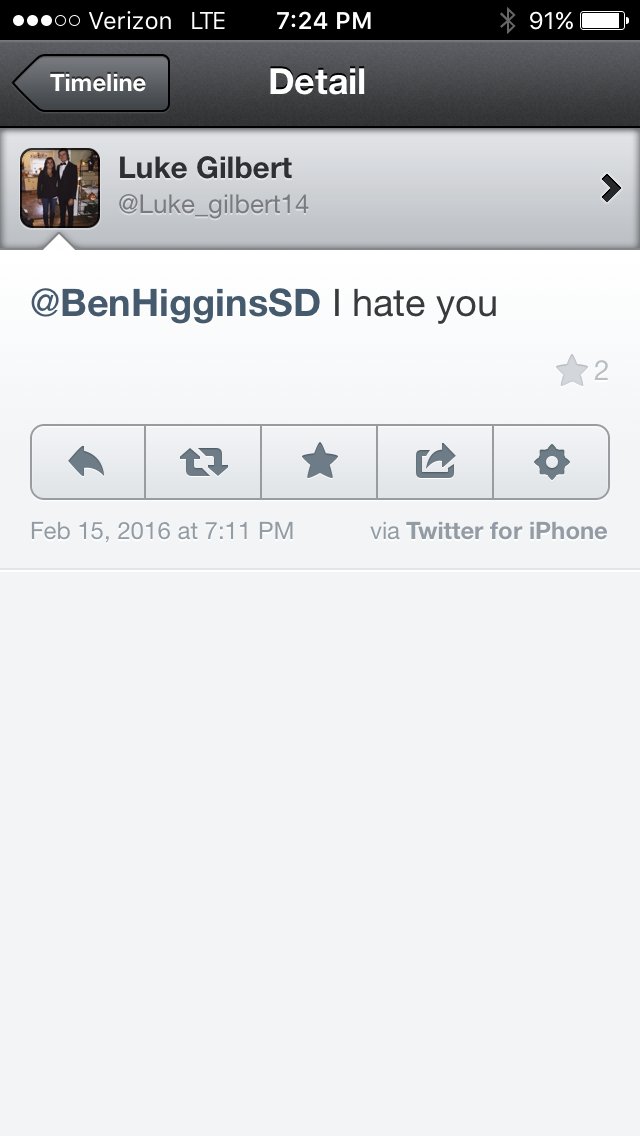 It's been quite funny to watch on SM and on the news, as it was all love notes and proposals for most of the season, and requests to date him, but he's still rolling with the hate mail so far too! Ha 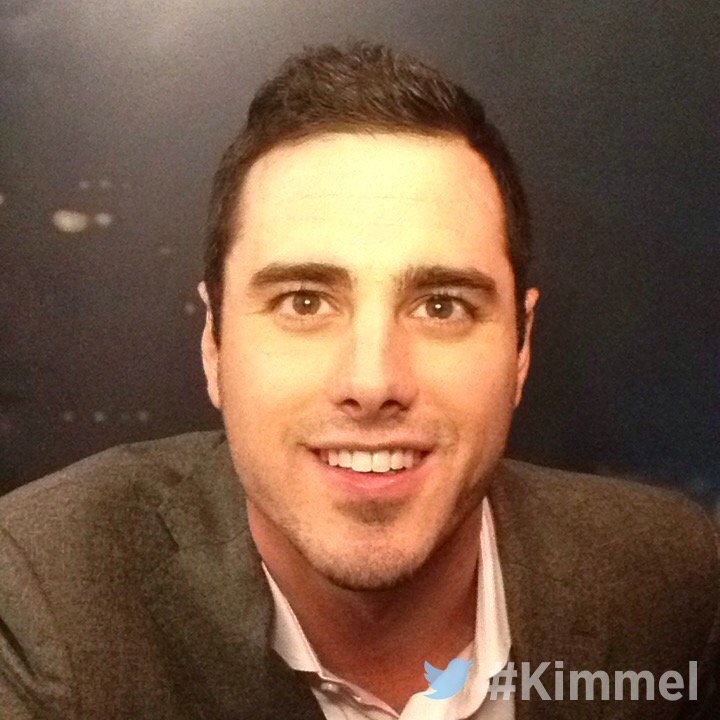 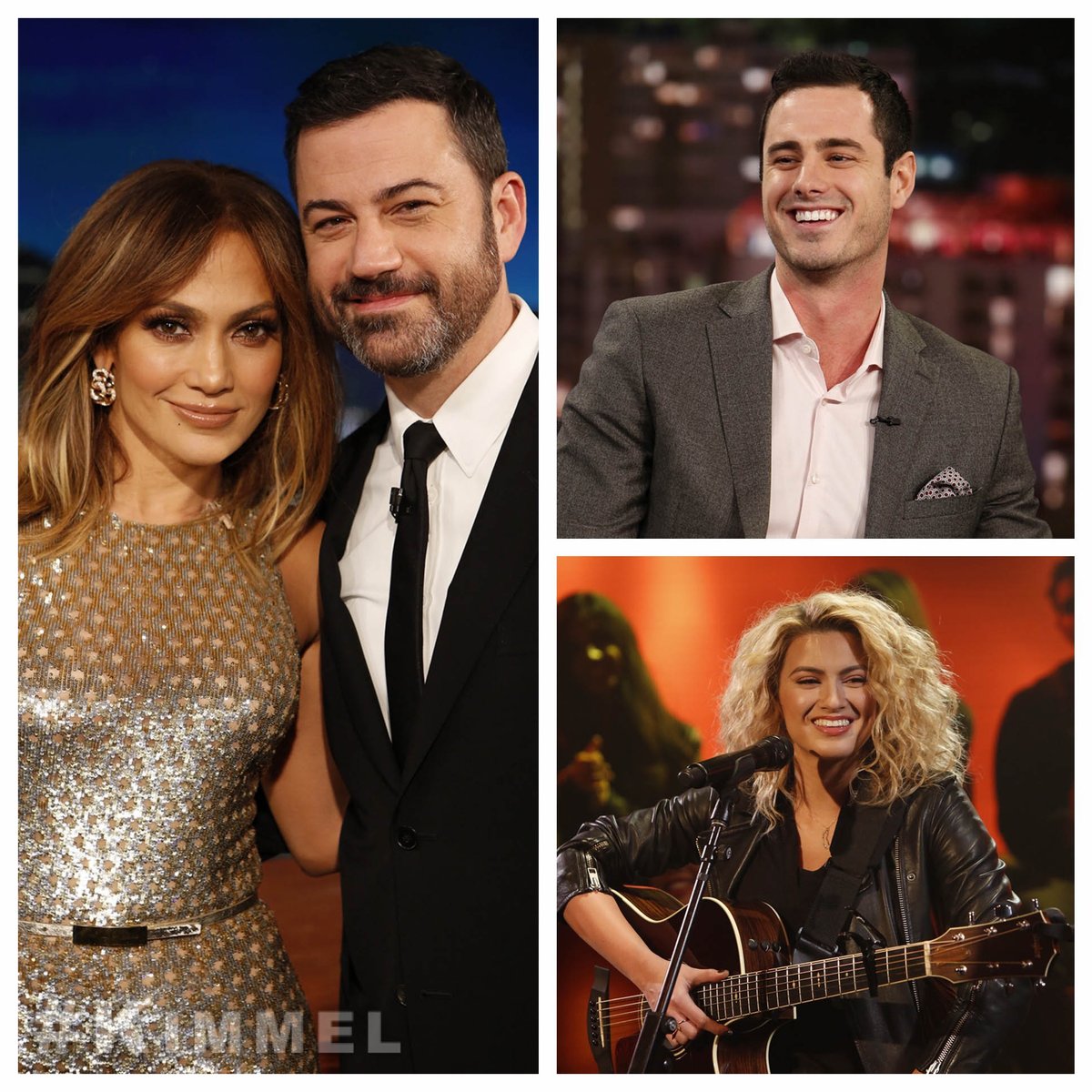 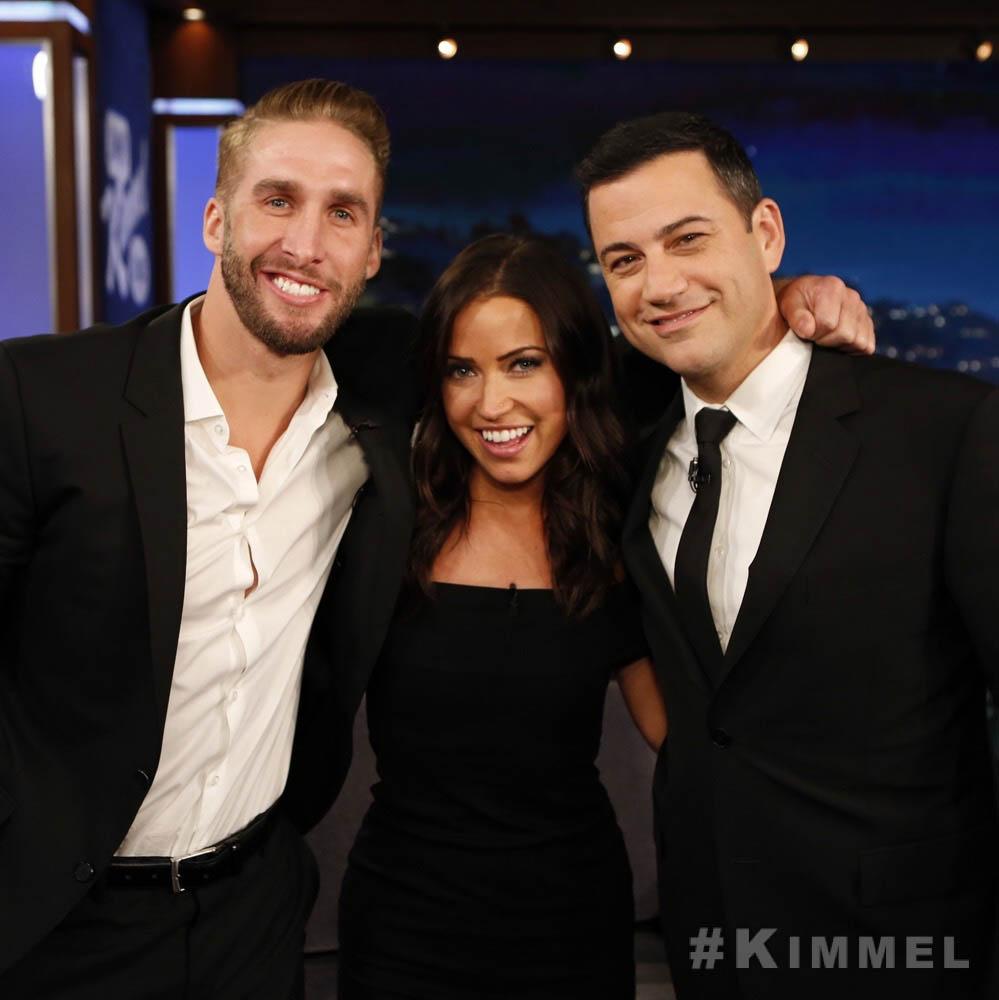 Jimmy Kimmel Live ‏@JimmyKimmelLive
Jimmy has a lot of questions for the happy couple tonight on #Kimmel. #TheBachelorette @KaitlynBristowe @Shawn_Booth

Jimmy Kimmel Live ‏@JimmyKimmelLive · 3h3 hours ago
Jimmy has a lot of questions for the happy couple tonight on #Kimmel. #TheBachelorette @KaitlynBristowe @Shawn_Booth 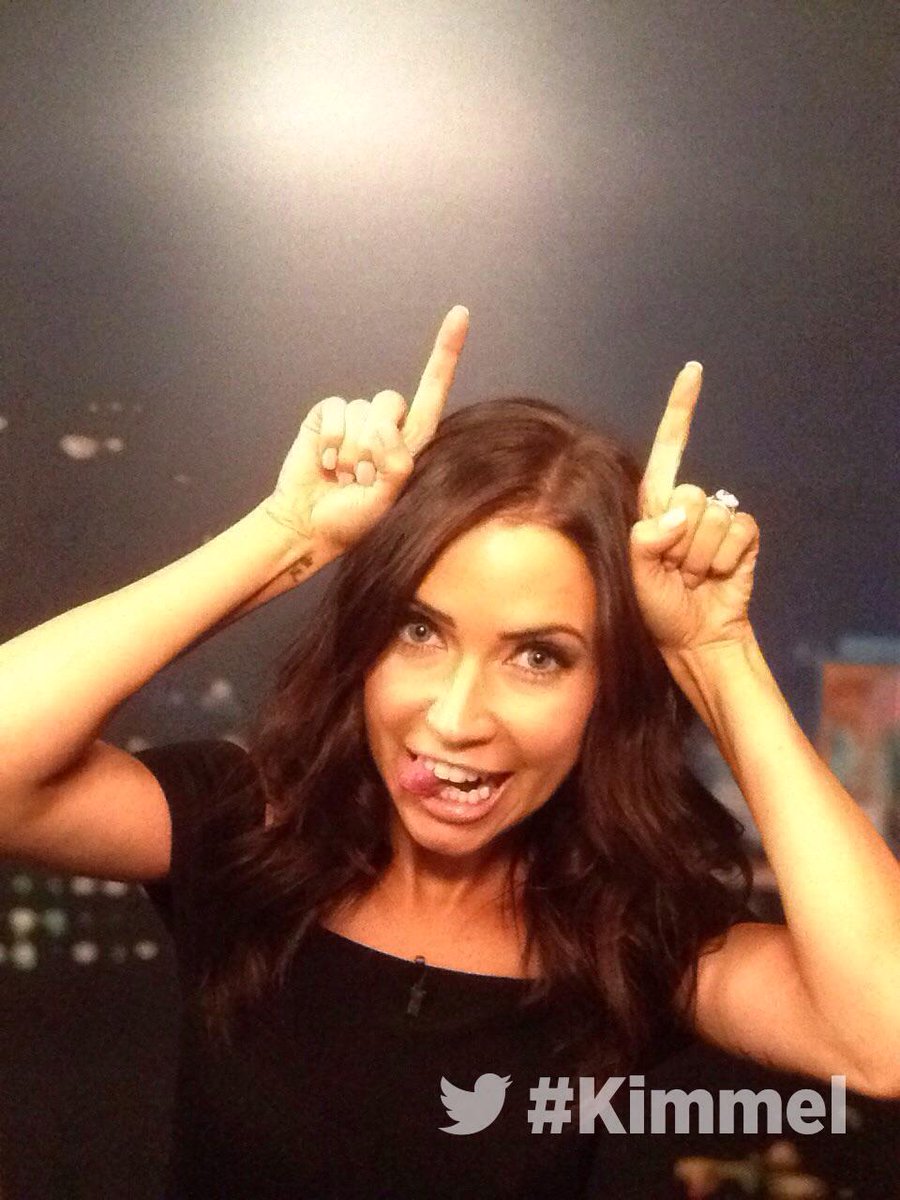 ‏@JimmyKimmelLive 1h1 hour ago
Backstage at #Kimmel with @KaitlynBristowe #TheBachelorette. TONIGHT at 11:35|10:35c on #ABC