The official art has been released for the "Love in the Wild" Season 2 contestants and there is plenty of eye candy for one of the summer's guiltiest pleasures. Check out all the hunky guys and hot girls here in our photo gallery.

There's a new twist for Season 2 in addition to new host Jenny McCarthy. There are seven men and seven women just like last year, but this year there are seven additional men who are sent to the Dominican Republic as wildcard contestants. The participants will start off the season as trios, not pairs.

Should be interesting. We aren't quite sure how that plays out, but we're intrigued to find out. "Love in the Wild" premieres Tuesday, June 5 with a two-hour episode at 9 p.m. ET/PT on NBC, moving to its regular time slot at 10 p.m. ET/PT on June 12.

U.S. Marine Corps veteran Chase hopes that his training will allow him to dominate the adventures. He was once in a long-term serious relationship and had his heart broken before heading off to war in Iraq but has been living the single life for the past three years. He admits he's been holding out for someone worth dating, someone with a big heart.

'Love in the Wild': NBC announces 14 singles, 7 wildcards for Season 2

On Friday (May 4), announced the names of the 14 men and women who will compete in the adventure-dating series "Love in the Wild." Seven additional wildcard guys will also start out the season to kick off the Dominican Republic-set season with trios.

Jenny McCarthy hosts the series, which kicks off with a two-hour season premiere on Thursday, June 7 on NBC. A list of the contestants and brief bios follow below:

TIM PARRISH (Age: 32) - hometown - Green Bay, Wis.; Resides in Chicago -- Do not be fooled by his good looks and charm; Parrish likes to play the field. He feels like there are a lot of great ladies out there, but there is only one of him to go around. He's not too worried though as he feels that this is the Year of The Tim. Parrish loves the ladies, but he loves winning even more.

JASON HOLMES (Age: 29) - hometown: Paso Robles, Calif.; Resides in North Hollywood, Calif. -- Holmes comes from a loving family; his parents have been together since high school. This personal trainer really wants to find a romance similar to his parents and hopes to find true love on the show.

BENJAMIN CLARK (Age: 27) - hometown: Chesterfield, England; Resides in Monroe, N.C. --Born and raised in England, girls like Clark for the wrong reasons including just hearing his sexy British accent. However, his sheer charm is sure to win the hearts of the ladies and keep the men on their toes. The former pro soccer player says that people either love him or hate him. Regardless, he's hoping to find true love on the show.

AARON CHASE (Age: 28) - hometown: San Diego; Resides in Newport Beach, Calif. -- U.S. Marine Corps veteran Chase hopes that his training will allow him to dominate the adventures. He was once in a long-term serious relationship and had his heart broken before heading off to war in Iraq but has been living the single life for the past three years. He admits he's been holding out for someone worth dating, someone with a big heart.

JESSE WILSON (Age: 33) - hometown: Oakdale, Calif.; Resides in Manhattan Beach, Calif. -- Wilson grew up in Oakdale, Calif., which happens to be affectionately known as "Cowboy Capital of the World." This small-town boy is looking for the perfect girl and already had the names picked out for his children.

KENNETH BARRINGTON (Age: 33) - hometown: Peoria, Ill.; Resides in Miami Beach -- This sexy bachelor is ready to give up the Miami dating scene and share his life with someone special. The Cornell graduate and successful real estate developer also has a soft side and is a foster parent for his local animal shelter.

CHRISTIAN SEKLECKI (Age: 34) - hometown: August, Ga.; Resides in Atlanta, Ga. -- As a child, Seklecki's favorite game was Capture the Flag -- and now he hopes to capture a woman's heart in the wild. After a few failed online dating experiences, he is ready to find a genuine woman with whom he can spend the rest of his life. Seklecki has his hands full juggling all his interests but insists that he is not too busy for a relationship

ALI LEITZA (Age: 33) - hometown: Little Rock, Ark.; Resides in North Little Rock, Ark. -- Leitza is a sexy, Southern belle who is not afraid to pull some pranks to find her Prince Charming. Many of her past dates lacked the capability to handle this strong-willed woman. Her dating requirements now include a man with a backbone, who can embrace her passions.

SUMMER MACK (Age: 32) - hometown: Satellite Beach, Fla.; Resides in Indian Harbour Beach, Fla. -- According to the all- American girl Mack, she's looking for a man that won't just buy her an alligator purse but will kill one, skin it and make a purse for her. An Olympic Trials finalist on the United States National Swimming Team, she developed her competitive nature early and will do just about anything to win. Her biggest regret is not marrying her first love.

SHAUNA DILLARD (Age: 28) - hometown: Kingsburg, Calif.; Resides in Hollywood, Calif. -- After recently getting out of a six-year relationship, Dillard is dedicated to finding true love and will not settle for anything less. Growing up on a farm prepared Dillard for getting down and dirty, which is exactly what she's willing to do to find the right guy. When this makeup artist and headband designer is not working, she's keeping busy with her favorite past time -- yoga.

YANINA BECCARIA (Age: 33) - hometown: Rosario, Argentina; Resides in Chicago -- Former "Ice Girl" for the Chicago Blackhawks, Beccaria is sassy and competitive and she's not afraid to show it. Beccaria knows she's attractive and loves to flirt, but she's also willing to get rough-and-tumble. She used to play football until she tore her ACL. Even though she enjoys being single and having fun, she's feeling pressure to get married and start a family.

TARA LOCKE (Age: 26) - hometown: Arlington Heights, Ill.; Resides in Miami Beach, Fla.-- Locke is a self-professed glamour girl and yachting, shopping, and clubbing activities are just a typical day in her life. Locke is looking for a great man to call her own and her strategy for this experience is to literally be "her amazing self." She admits that she is a professional flirt and will do whatever it takes to get what she wants.

CINA LUKS (Age: 22) - hometown: San Lorenzo, Calif.; Resides in San Lorenzo -- Luks is adventurous and is looking for a man who can share her enthusiasm for life. While she likes to dress up, she's not afraid to get dirty. A man will need to travel fast to keep up with her as she has her private pilot aviation certificate and a motorcycle permit.

JENNY BLATT (Age: 27) - hometown: Philadelphia; Resides in Philadelphia --After walking in on her boyfriend of five years with another woman, Blatt knows how it feels to be burned by love. Though it took some time, she has bounced back and is ready to meet her Mr. Right. While Blatt is highly competitive due to her years in professional gymnastics, she does not like bugs or getting dirty which might create difficulties in the wild.

JASON EWELL (Age: 25) - hometown: Dublin, Calif.; Resides in Dublin, Calif. -- Though Ewell cherishes his small town roots, he seeks out big adventures and larger thrills. Ewell loves to be in a relationship, and is not afraid to get in touch with his more sensitive side, even if it means shedding a few tears. He's looking for a partner in crime to join him skydiving, clay shooting and traveling the country.

LEO BORRIELLO (Age: 27) - hometown: Windsor, Conn.; Resides in Philadelphia -- Borriello loves the ladies -- and they love his six-pack and contagious smile. He takes pride in his chiseled body, but there is more to this Italian financial analyst than just his good looks. He's looking for a woman that can keep up with him and is excited about a trip around the world and the possibility of finding a new love along the journey.

FRANKY ARRIOLA (Age: 31) - hometown: Miami; Resides in Miami -- The youngest of his Cuban American family, Arriola considers himself very assertive, ambitious and blessed to have such great looks. His select dating criteria include women who are caring, supportive, sweet, good-looking, athletic, and fun. Germaphobes and inked women need not apply.

MIKE SWEET (Age: 30) - hometown: San Dimas, Calif.; Resides in Los Angeles -- As a lifeguard, surf instructor and water polo player, Sweet hopes to swim laps around his competitors and dive into the hearts of the single women in the wild. An active outdoorsman, Sweet's goal of becoming a professional beach volleyball player keeps him active and always at the beach.

RYAN SMITH (Age: 27) - hometown: Boise, Idaho; Resides in San Francisco -- Growing up with a basketball coach as a father, Smith had no choice but to be competitive. However, as much as Smith would like to win, he is more focused on finding his future wife. His other interests include wakeboarding, snowboarding, golf, tennis and people-watching.

DARWIN ZOOK (Age: 32) - hometown: Boston; Resides in Boston -- Zook is an all-American stud and former basketball player who knows how to strategize -- and he plans to stop at nothing in order to crush the competition and find love. All he needs on a first date is a fun, relaxed atmosphere, music and free-flowing drinks. Zook is looking for the right woman and he will not settle.

QUAISON "Q" DODD (Age: 31) - hometown: New Haven, Conn.; Resides in Los Angeles -- As a former football jock and college football champion, Quaison "Q" Dodd is not familiar with losing. Although physical fitness is as a top priority in his life as a personal trainer, finding the right woman is even more important. Dodd is looking to settle down and start a family and is counting on his winning streak to help him find a woman with whom he has true synergy. Dodd attended Lehigh University in Bethlehem, Pa.

Will you be watching?

Leitza is a sexy, Southern belle who is not afraid to pull some pranks to find her Prince Charming. Many of her past dates lacked the capability to handle this strong-willed woman. Her dating requirements now include a man with a backbone, who can embrace her passions.

Born and raised in England, girls like Clark for the wrong reasons including just hearing his sexy British accent. However, his sheer charm is sure to win the hearts of the ladies and keep the men on their toes. The former pro soccer player says that people either love him or hate him. Regardless, he's hoping to find true love on the show.

I like Chase. I hope that he finds a "connection". At least, the scenery is lovely even if the show lacks a little. I love the Caribbean.

One faces the future with one's past. - Pearl Buck 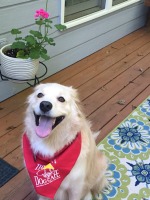 @NCGalBecca wrote:I like Chase. I hope that he finds a "connection". At least, the scenery is lovely even if the show lacks a little. I love the Caribbean.

I like Chase too. Is he going by his last name? I also like Jenny (red head) and Ben. Even if there is no romance there, they are fun to watch.

I love this show!!

I think the concept is way better to find a connection that lasts past the end of the show.
First season, final 2 couples still together, whoa, better results so far then the Bachelor/ette that has been going for how many seasons now???

More interesting/entertaining to watch as well, IMO of course.

I thought the same thing also!!