Wooo hooo!   How wonderful for Holly and Blake!

Holly on Mouthing Off With Olivia C podcast
Podcast link

I can't get this podcast to play . Did anyone else have a problem? What did Holly have to say? Anyone?

I didn't have any problems listening to it.

@Jolena there is a play button that comes up right above the brief recap.

I don't usually listen to podcasts but I've always like Holly.


She went to a gas station to pick up a few things and someone asked her if she wanted to go on the show.

She watched one episode, had just recently broke up with someone so she thought why not.

Jesse/DeAnna he came after her, they dated for 3 months, she couldn't stand him. She ended up talking to DeAnna about how unhappy she was, and they became best friends.

They were out one night and they met Michael. DeAnna liked him, but he liked Holly. She started dating Michael. Holly had a get together at her place and invited DeAnna and Stephen.

Holly and Stephen had broken up one/two months before Bachelor Pad. They were asked while they were dating if they want to do BP. They broke up before BP and she decided not to go on the show, but they told her he was going and convinced her to go. He was a best friend, but she didn't think he was the one. She told him if he was thinking of proposing not to do it, but he did anyway. Then she called it off. They got back together but didn't tell anyone. They were watching Emily Maynards season and he freaked out when she got engaged. He felt Holly took that away from him. Then they broke up for good.

They got together for coffee before the show to discuss things, they both decided they will have each other's back no matter what. She thought they'd get back together on the show.

Then she walked into the house and Blake was the only guy there at the time. The minute she talked to Blake she felt that's how it's suppose to feel, she didn't feel that with Michael. She thinks Michael is a great guy, but he just wasn't the one.

They were a good team and that's why they won.

They talked a bit about Melissa? and Blake ( I don't remember that)

Blake asked Holly on a date. Blake and Michael talked before that date. Blake told Michael he was going to ask her because he wanted him to know before hand, and Michael said keep her safe, and that he was looking to win with her on his team.

When she knew Blake was going home, she packed him Oreo cookies. She knew she was going to see him after the show.

Casey and Vienna fought a lot. Most of the drama was because Jake was there.

She got off the show, as soon as she got her phone back she called Blake. He was in California for a friends wedding and he asked her to go with him. They got engaged three months after they met.

They arranged for Blake to propose and film it so they can show it on the finale. Blake told them he did not want to rub the engagement in Michael's face, he didn't want Michael to be blindsided, they took their phones so she couldn't tell Michael what was going on, Blake signed a bunch of forms that said they wouldn't do that to Michael  and they did the exact opposite. Blake was fuming. They got so much SM backlash because of it. Blake doesn't have anything to do with TPTB, and never will.

Holly never was able to talk to Michael to explain. She didn't feel right to call him after they got engaged. But didn't expect to see them film it at the finale.

They split the money four ways.

(That was very nice of them)

She's on the bus going to the chapel to get married. The bus was full of bridesmaids and her Mom etc, Every Rose Has it's Thorn comes on the radio, (a singer sang that song when Holly and Michael were on a date on BP) she told the driver change the station!! And it started on another station, she was freaking out.

They are parents!!! She didn't tell her family about trying to have children. It was awful, everyone asking all the time. It just didn't happen. They went through all the infertility. 11 embryo's, Got a surrogate she lost two babies. (How freakin sad is that) No more embryo's left so they got on the adoption list.

Some lady wrote her on IG telling her she was aware they were having difficulties. They talked for months, (I'm guessing this lady didn't want the child) the lady had the baby and they adopted. (Can you just do that? )They are still on the adoption list. Poppy? it cut out so I'm not sure if that's the baby's name.

They have been on the wait list since Nov/18.

They flew up to meet the mother three weeks before she gave birth.

She has never cried so much through the infertility, she had to find joy in other things. Travelled the world, she didn't want to be surrounded by the sadness of infertility. Statistics indicate one round of IF increases chances of divorce, but Blake was always encouraging her, she cried a lot, had to inject herself a lot, he suggested she start going to the gym to get stronger physically and emotionally.

The last try, was really tough on Blake because there were no more embryo's.

Ok her name is Poppy!! They love her so much, she's ok if there aren't any more children. What a cute name!

Blake has been so helpful and has been great. He takes the night shifts during the weekend. She wakes up once in the night to eat and goes right back to bed. She loves feeding her in the middle in the night.

Olivia asked what was the RS thing all about. RS asked her if she was doing BP. She signed contracts so she said no. He found out, contacted her and told her she had lied and was mad. She hung out with him one time with Natalie Getz, once, so it's not like they were friends. He was so angry with her. He tried to do the same thing to Erica Rose.

Oh my gosh I heard Poppy in the background!!!

^^In answer to your question re adoption, "yes" it can be done that way in a private adoption. You do not have to go through an agency if the right circumstances fall your way.(we adopted our son that way_) Happy for them that they could adopt, infertility is very, very hard on a marriage. Glad they are doing okay.

The way TPBP did to them re Michael about the engagement was really ugly, BUT Michael and Holly were broken up for a while, it really was none of Michael's business, and he played the hurt victim, when imho he really had no right to it. He wasn't screwed over, Holly and Blake were single, and they really didn't owe Michael anything. I honestly didn't get the backlash at all. Jmho.

Cocoasneeze wrote:The way TPBP did to them re Michael about the engagement was really ugly, BUT Michael and Holly were broken up for a while, it really was none of Michael's business, and he played the hurt victim, when imho he really had no right to it. He wasn't screwed over, Holly and Blake were single, and they really didn't owe Michael anything. I honestly didn't get the backlash at all. Jmho.

Tptb played Blake dirty as well since Holly said he had production sign an agreement that Micheal wouldn’t be blindsided. It really was all about the show wanting drama and doing Micheal, Blake, and Holly dirty to get that drama. All 3 good people IMO.
I think fan backlash happened because of shipping mentality. Some viewers ship the idea of past lovers reuniting... very Hollywood romance. That would make the new guy Blake an intruder to their fantasy. Unfortunately the real love between Holly and Blake was under attack just because it didn’t suit some people.
All water under the bridge now. I admire how strong Blake and Holly have been waiting to be parents. So happy for them that they now have the little one they’ve always wanted

Seriously, people should really read their contracts. They willingly sign their life away and are then surprised that they are screwed over and misrepresented by the tptb. This has been happening for years. It should no longer be a surprise to anyone...and it shouldn't have been that surprising even then. It's too bad it happened, but that can be the price of reality show fame.

I do appreciate that Blake cut those production jackals ASAP post show and has had zip to do with them since. He was bland and not exactly breathtaking tv, but I always thought he was a stand up, nice, normal guy. Something that unfortunately is becoming more rare with each passing season as they all seem to be trying to outdo one another for more screen time and producer a** kissing with their unique crazy act in hopes of the easy life influencer stars in their eyes.

What a lovely story and a precious baby!

hollyjulian's profile picture
hollyjulian
There is a very old poem that was written during WWI about the barren battlefields and how the only flower that would grow there were the poppy flowers.
She is our Poppy that grew on our barren battlefields.
We have welcomed Poppy Marie Julian into our lives a month ago and I’ve never felt a wholeness like this before. She was the missing puzzle piece in my life.
A huge thank you to @laurentaylorlaw for being an incredible adoption lawyer and making this possible! Guys, I highly recommend her!

Thank you @andreafriedmanphotography for being such a sweet, kind woman with Poppy for this photoshoot!

Thank you @jennieraff for telling me about this poem!
https://www.instagram.com/p/B3XIl6QFIOk/


Canadians wear the poppies on our lapels through the month of November. 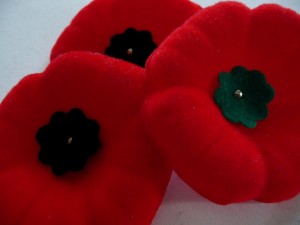