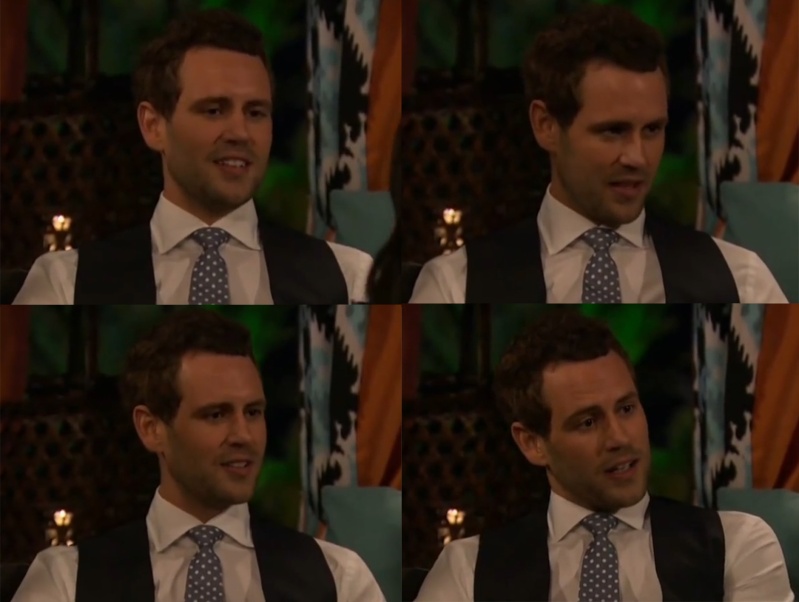 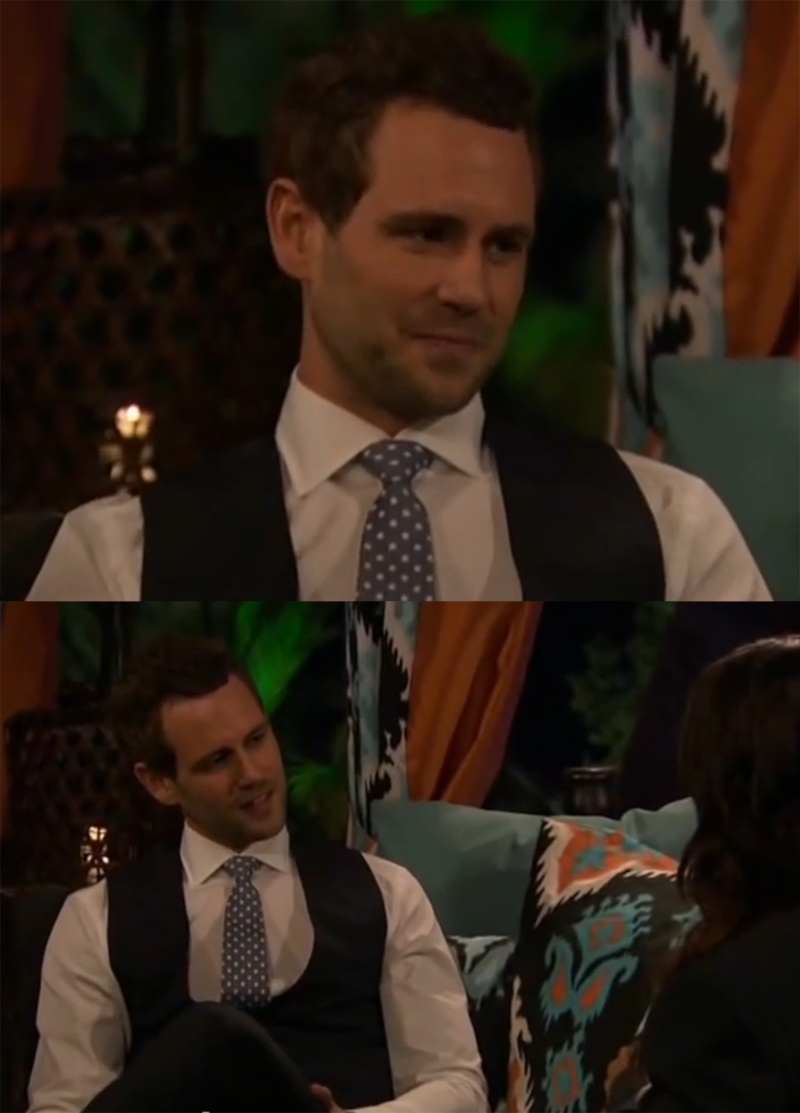 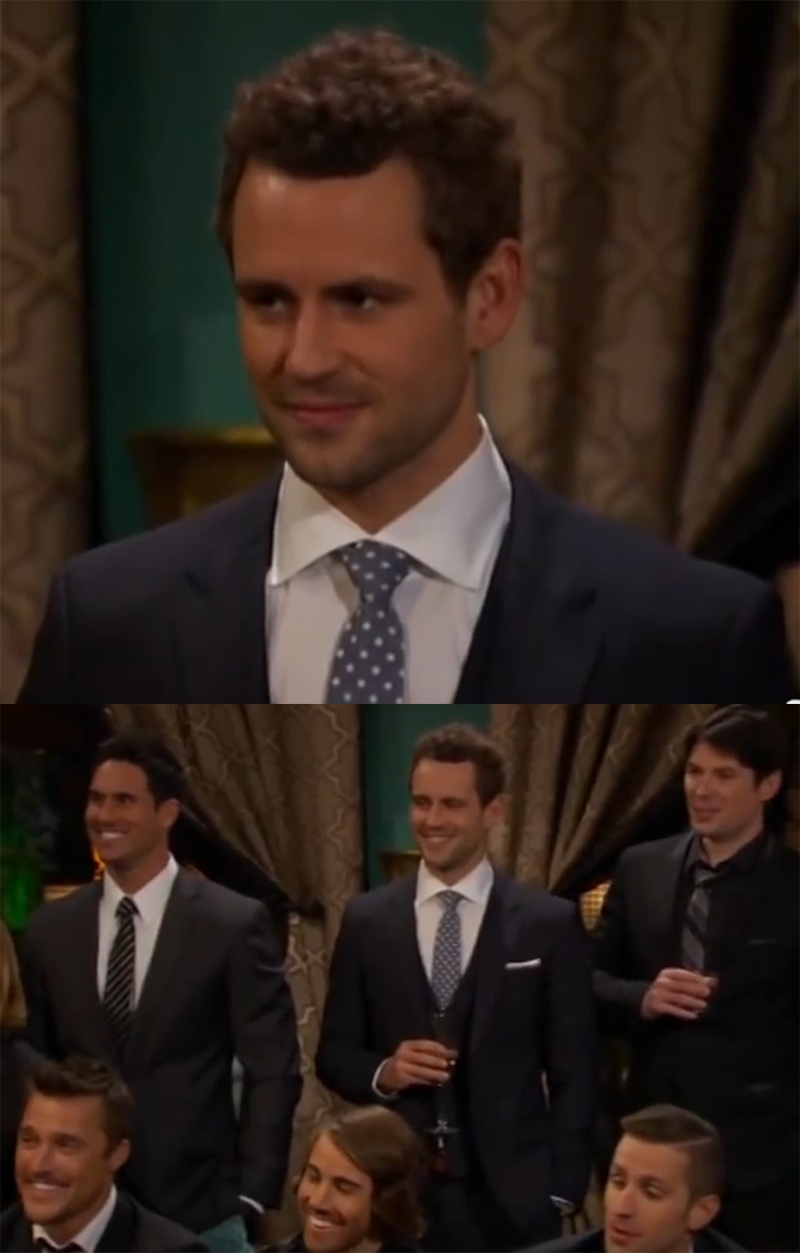 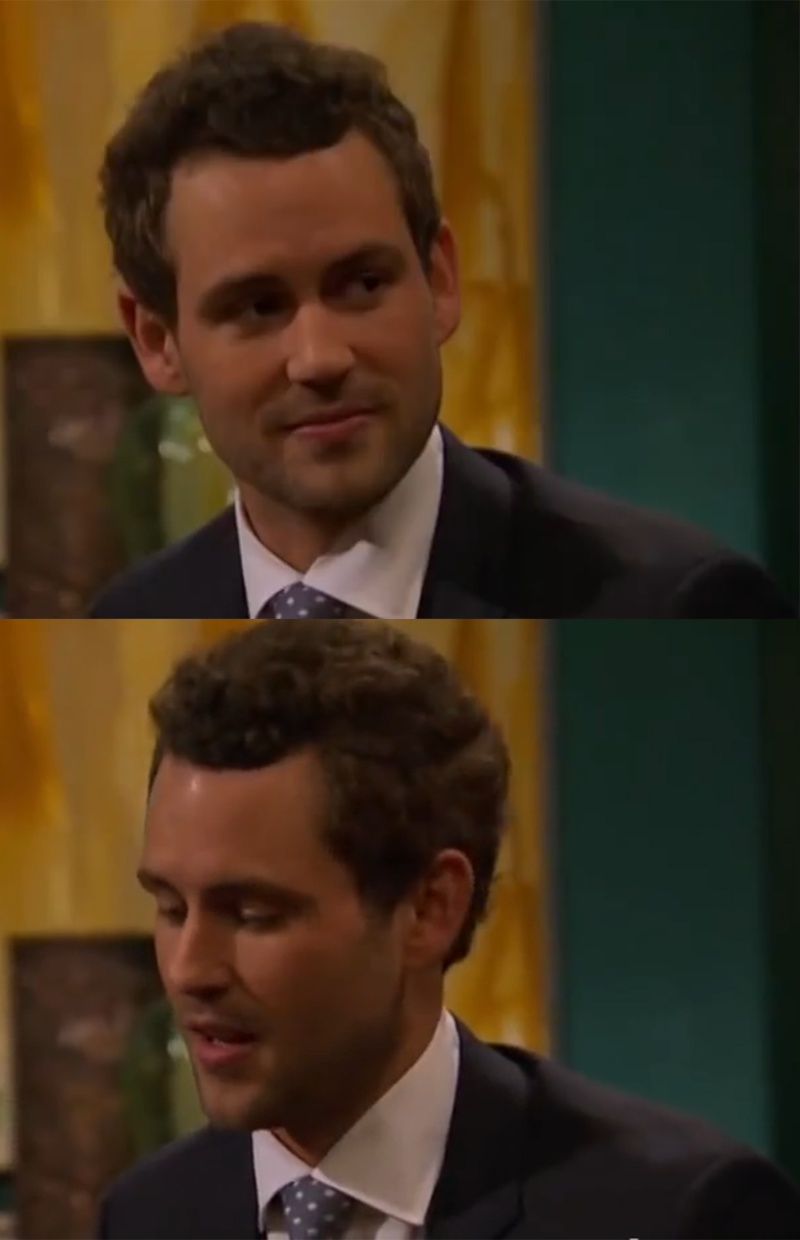 'Bullseye on the back' ep.1 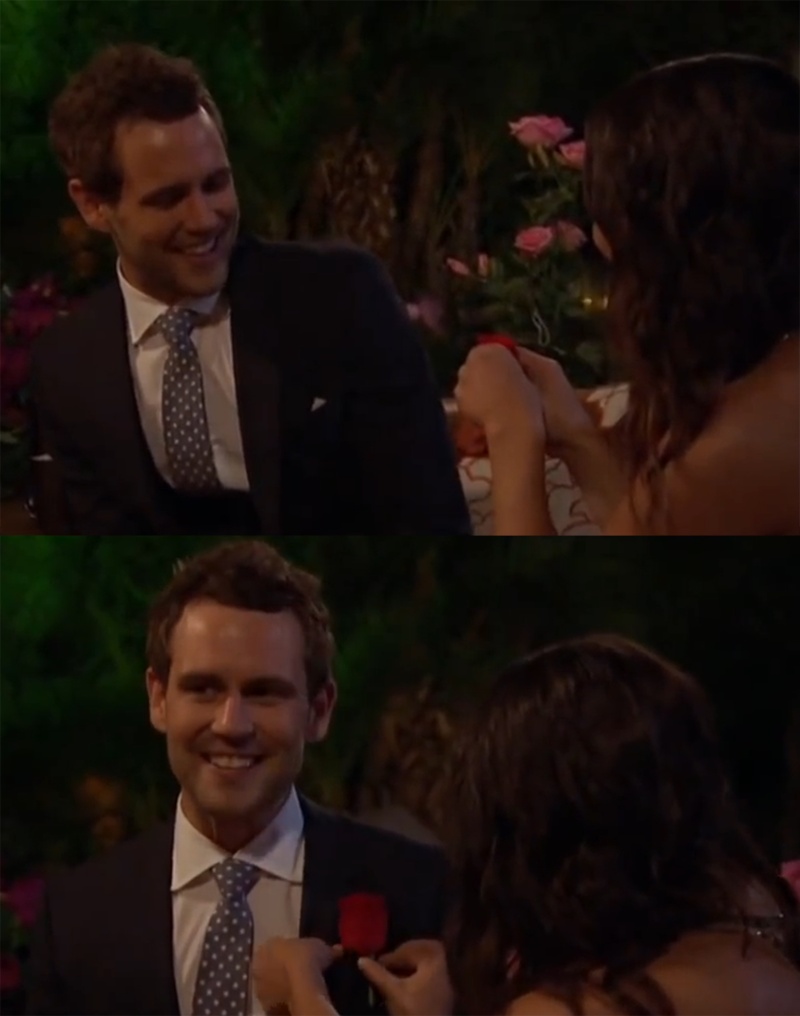 'I'd tell you made my day, but it's tomorrow morning' ep.1 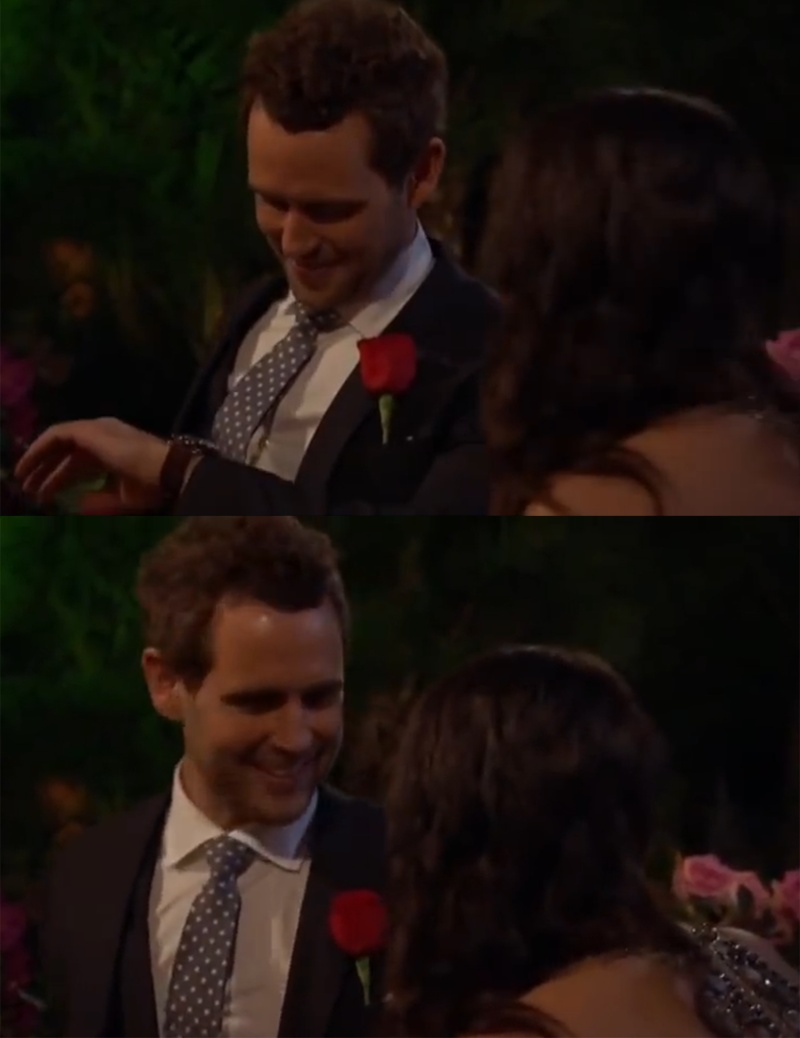 Nick and Andi's relationship is not about "control" or "dominance".  It's about who takes initiative at what point when they interact. They trade off during a single kissing scene - her then him then her then him. They are both communicating their needs and desires. 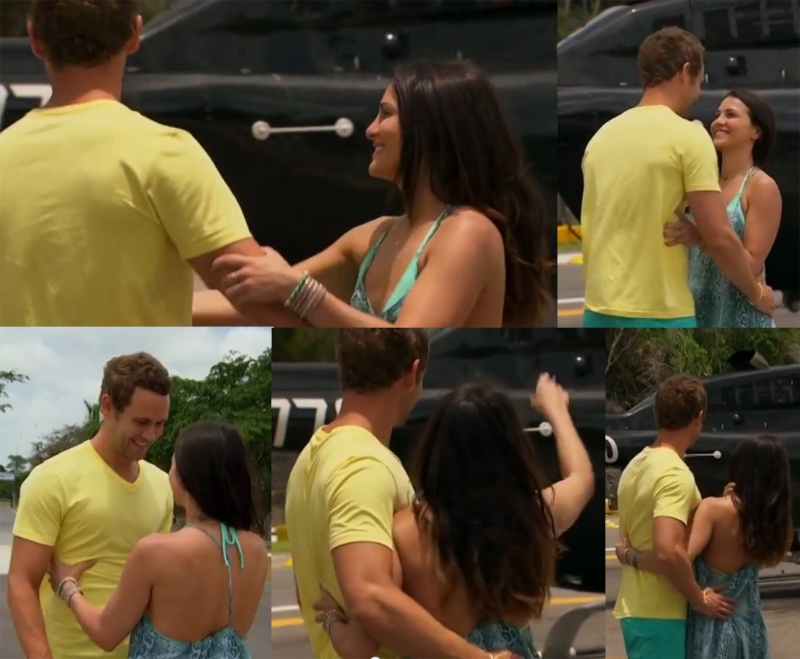 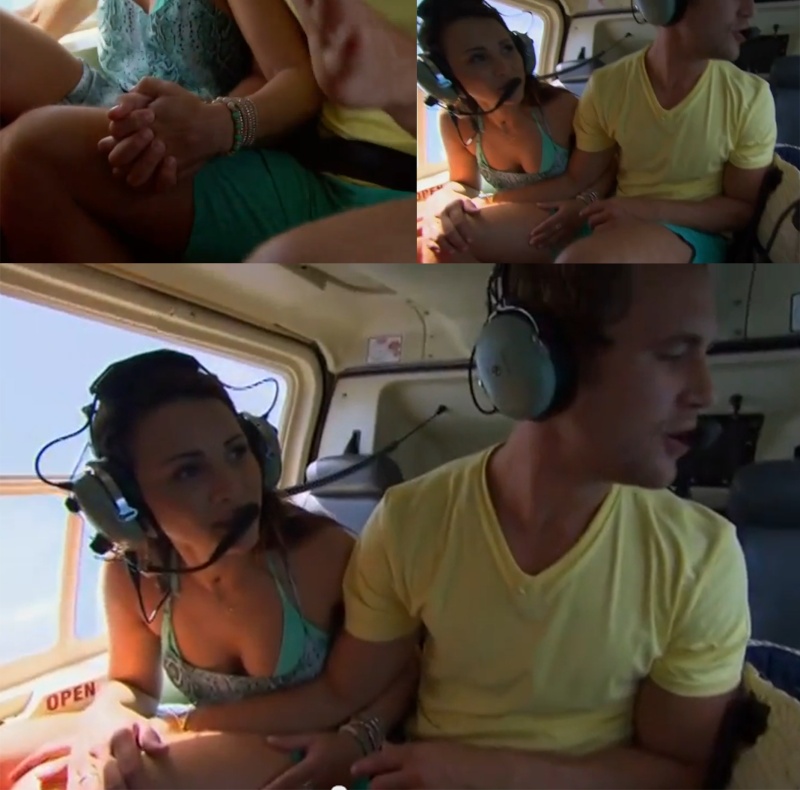 Did anyone mention how Andi has her hand on the onside of his thigh and how his hand gets loss in her lap?

I did a while back, but it certainly bears repeating!!

ETA: Also - might as well note it now.. the way her body (chest) is leaning into Nick's arm is VERY intimate and sexy!!

She really is protecting her investment

"Nest egg" for the future.

Remember when Nick, in an ITM, said "you don't get what you don't ask for".  Looks like Andi is "asking".  I think it's great to see an "adult" courtship rather than the sometimes sanitized version this franchise promotes.  Andi & Nick are 27 and 33 with long term relationship histories.  Along with intellectual and emotional compatibility, they must be aware that their life partner will be their last and only sexual partner 'til death do they part.  A great marriage has a balance of passion/desire, shared humour, clear communication, mutual goals in some areas, and the ability to problem solving that respects the interests of both parties.  Too often, the physical is seen as something less than what it should be.  I think the physical is really a tender, and sometimes, exhilarating way of communicating when words are not enough.

When it all began

@happygolucky wrote:Talking about Venice ... another strike for Andi ... just like for HDR, in Venice she made her bold move ... and in one scene I've seen the same face expression as on her mini 1on1 in Belgium, when she was happy as a partner-in-crime with Nick, aware that she has made somebody angry, but when she just doesn't care ... anyway .. you asked: 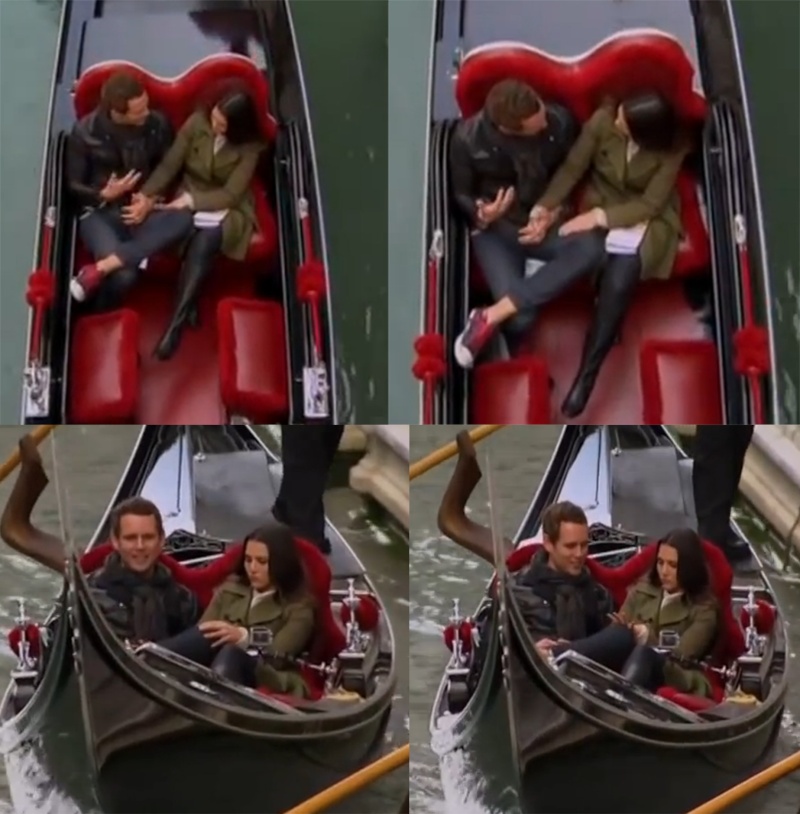