@Sundy wrote:Can I just throw something out there. When was Faiths single date/dates?  The order could be all out of sync when you factor in Faith?  Unless she did a Michael and didn't get a single date?

We don't know if she even got a date. She could've had one that was hidden but, we won't know for sure until we watch the longer season promo at the end of ep 1.

@Sundy wrote:Can I just throw something out there. When was Faiths single date/dates?  The order could be all out of sync when you factor in Faith?  Unless she did a Michael and didn't get a single date?

Based on the filming schedule (in filming schedule thread) and what the media reported, it seemed like the first SD was on March 14, which was Nikki's date. On March 15th there was a GD. I think SD for Nikki and GD were in Episode 2 (since Aussie show has 2 episodes per week and only two events/dates are in each episode and thus more RCs per week).

From what I recall, Bach Aussie films first episode and then after that they have a day or two off from filming to unpack and get photos done, pick-ups, etc, so I am thinking March 12-13 were off days and then they filmed SD on March 14, GD on March 15, and CP possibly March 16. Unless they started filming before March 10 or 11, I don't see how Faith or anyone else would have had a SD before March 14th SD/Nikki but it is possible.

Will need to check again in filming schedule thread but it is possible Faith had a SD for Ep 3 or 4. I don't expect her to be like Michael at all since there's no comparison to Bette AU S1 (less contestants, shorter filming schedule, no Intruders). I expect Richie's season to have F4 who have all had SDs and 2nd SDs (as mini-dates in F5 episode as both S2 and S3 had) if not more than 2 SDs each.

Agreed. I Think from what we can see Nikki had the first date, from then on not sure who had what date and what order

Bubbly and endearing, Nikki is a born and bred country girl. She is looking forward to getting out of her comfort zone to find her perfect someone; her only criteria is that he needs to be taller than her. Nikki has a positive outlook on life, describing herself as “driven in a nice way”.

Describe your dream date.
Good company, good food and wine in a lovely setting is my idea of a dream date.

Who is your celebrity crush?
David Beckham. He’s the ultimate family man while also being incredibly put together.

If there was a movie made about your life, which actor would play the part of you?
I think Margot Robbie. She’s an Aussie blonde chick who smiles a lot.

Who is your style icon and why?
Lindy Klim has this natural elegance and grace about her, while continuing to stay ahead of the fashion game. I adore her style.

When do you feel your hottest?
I feel my hottest with my hair and make-up done and a racing outfit, complete with millinery and gloves. A complete lady look is when I feel my best.

Hmmm... Nikki's bio is interesting compared to the other potential F4/F5. Could mean something or not... I do think she is a good match though for F1 - on paper - for Richie. Both have done real estate. Both are more country orientated. Her sister following Richie doesn't make me think she'd do that if Nikki was F2. But then not sure. Richie could have been very kind when eliminating girls. Even f2. I'm still thinking F1 is between Nikki, Rachael, and Faith.

I posted my comments here so we can sleuth for F1 in the thread about F6 so will be easier to keep track but wanted to post in her thread as well with the pics, etc. Interesting that they were papping Nikki while Richie was in Sydney... I think if they are papping Nikki then it is likely they are doing so for a reason. I think she may be F1... or even if not, then definitely someone they want to get pics of and in Perth too in the rain! Seems a bit desperate to do all this for a non-F1?

Then again, this is the paps...

Missing a certain someone? Bachelor contestant Nikki Gogan looks downcast as she jogs through heavy rain in tie-dye tights and puffer jacket

She is set to compete for Richie Strahan's heart in the upcoming Bachelor Australia series. And on Saturday, contestant Nikki Gogan looked downcast as she jogged through the heavy rain in Perth, Western Australia. 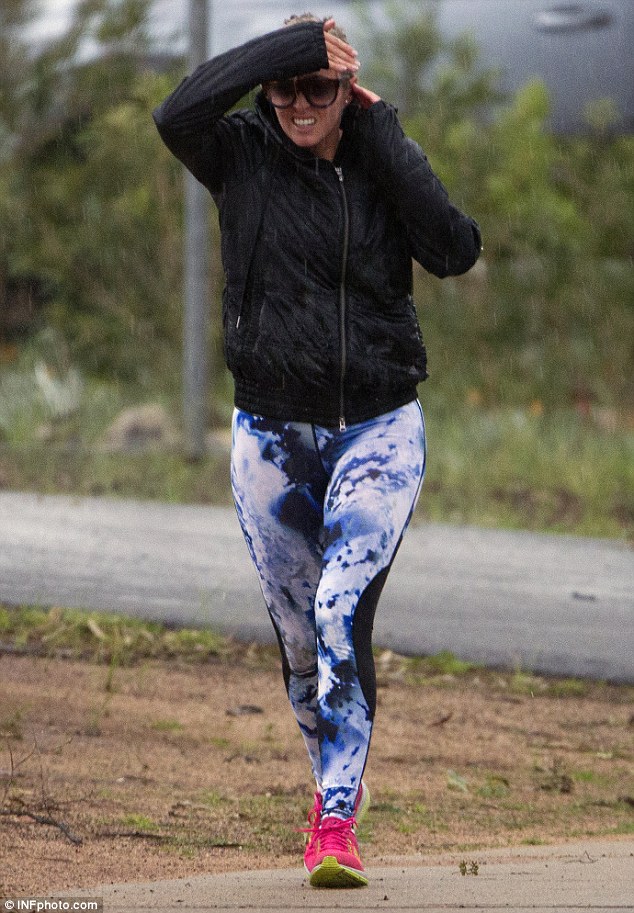 At first I thought she was visiting her sister in Perth but why is she still there? Doesn't she live and work in Northam? No wonder she hasn't been posting on social media. The paps are literally following her!

I just don't know. I used to think she was a contender but since reading her bio where she talks about feeling her best in make up & hats or something ie races, Richie seems more down to earth than that. She's big on fashion & seems in the clicky perth social scene. I'm not convinced she's F1.

Further to my comments on Faiths page I have checked Nikkis agency and she is also currently selling houses and attending open for inspections. Perhaps they do all keep working during screening

So now I'm a little confused. I just checked a local reals estate site and it lists the homes that have been sold where Nikki is listed as the selling agent. They have attributed sales to Nikki on 8 March, 7 and 14 April and this one in May????

I'm a bit confused? The only thing I can think is its a decoy or the houses have been on the market for months and she was the agent and someone else took over and they didn't change the listing.

Someone else probably took over and just forgot to update the site. It couldn't be her bc she was still seen filming during May.