OK... I am hoping this isn't considered a spoiler, but I will let the moderators decide and I am OK for this post being deleted.

This link is ABC's official "extended" promo for the series posted on New Years Day, which has been easy to view all season long on their main site and on YouTube: https://www.youtube.com/watch?v=9U2YkVxDbB4

However I had not seen it before until I was searching for last night's finale promo. I was quite surprised by it. Not only did it include extra clips like Nick commenting that the Backstreet Boys are all married, but also a very startling shot of Vanessa all upset that I don't recall seeing before. While it is possible that she may just be upset over him keeping Corrine at a rose ceremony, the hotel room is small with no other ladies around. I am thinking this scene is after hometown week when everybody has their own room between dates. Now it could possibly be a deleted scene from the last two episodes (hometowns or fantasy dates) only we haven't seen her this upset in any footage before.

... could Vanessa be F2 and he eliminated her before final rose ceremony?

Curious point: Looking back on the Women Tell All show, there sure was a lot of time spent on Kristina being told good-bye earlier than she expected and she herself was not happy at how Nick handled it. Also Danielle L. was sobbing about having that second date and feeling lead on as well. Were these two ladies "speaking for" (so viewers will understand any future drama) a F2 runner up getting blindsided ahead of time?

Now... to flip a coin and toss things in Vanessa's favor, she could ALSO be upset about something else entirely, but Nick knows she is upset and, while choosing her as his F1, is unsure she will accept his proposal.

However I think that is a rather long-winded scenario. To me, it makes a lot more sense that Vanessa was a key front-runner during much of the season but "my heart went another way" as his relationship with Raven got deeper with hometown, fantasy date and last chance date. Vanessa did nothing wrong, just as Kristina and the two Danielles and even Corrine did nothing wrong. Also add to this Nick constantly repeating that he was F2 and heart broken... TWICE! 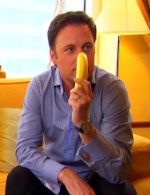 If it hasn't aired, it cannot be posted. Thanks.

JBF, good reminder that Nick knows the heartbreak of the F2 position all too well. But as much as I am a Raven fan, at this point I think Vanessa has it in the bag.

I'll back up a little bit. I continued to love Finland as a locale. I count on this show to deliver exotic locations (Farmer Chris's season was a severe disappointment in that regard.) So watching the finalists snuggling up to Nick in Lapland has been lovely.

Nick has also finally had a chance to shine. He seemed bewildered in the larger group of women. He does best when he is able to hone in on a woman who interests him. He's been relaxed and charming in Finland. Rachel was articulate and charming as well. Her final date with Nick highlighted why she is a superb choice for the Bachelorette.

But the editing told the tale. Only Vanessa appeared to have a deeply intimate, complex conversation with Nick. Did the others have such a conversation as well? Perhaps, but we will never see it. With that edit, the producers were building a case for why she will be Nick's final pick.

I didn't see the entire WTA, but of what I did see, I felt that Liz was able to redeem herself, Taylor was not, and Corinne more than held her own.

I can easily see Nick choosing Raven because she is great with dart boards.

I thought the conversations with Vanessa highlighted why they shouldn't be together. Vanessa is too much in her head. She has too many concerns/questions/disappointments. Why is she in tears so much ? In the preview for the finale - Vanessa is shown telling Nick that she will not be comfortable if Nick picks her because she is only slightly better than Raven. Who says that ? She's uncomfortable about so many things. I just can't relate - to me this is difficult/painful/high maintenance !

Ha ha! Meanwhile Raven just snuggles the husky puppies. Nick loves his dogs and that may be a way to get through to him.

@CHO wrote:I thought the conversations with Vanessa highlighted why they shouldn't be together.  Vanessa is too much in her head.  She has too many concerns/questions/disappointments.  Why is she in tears so much ?  In the preview for the finale - Vanessa is shown telling Nick that she will not be comfortable if Nick picks her because she is only slightly better than Raven.  Who says that ?  She's uncomfortable about so many things.  I just can't relate - to me this is difficult/painful/high maintenance !

Nick seems drawn to high-maintenance women. He batted out with Andi and Kaitlyn, but now (IMO) he will get to try his luck with Vanessa. She is not who I would pick for him based on the reasons you mention. But I think that this is an experience that he feels compelled to have. If she's his F1, time will tell.

The editors did a pretty good job keeping Raven and Vanessa neck & neck with all of the former's lovey-dovey talk and the latter's hesitancy. Yet I kinda figured what would happen when the shots of Vanessa getting ready for FRC looked later in the evening than Raven's, suggesting she would be the second lady to arrive. It was that Finland evening glow that finally gave it away.

Congratulations to Nick and Vanessa!

Interesting to hear via CH that there have already been some epic fights between the two of them. I know that some couples are that way, but it wouldn't be my choice for how to live my life. I was also interested to hear from Vanessa that they haven't spent a whole lot of time together recently. DWTS will not improve that, even if she has temporarily or permanently relocated to LA. OTOH, I was intrigued to hear that Nick started to have feelings for her early on. Perhaps it was less of a horse race than what we thought.

I *hated* that Nick sent Raven away without her coat. It's freaking cold there, guy! Get her wrapped up! She was probably too stunned from the rejection to notice. I was really impressed by how Raven handled herself during the rejection and during the interview at ATFR. I have mixed feelings about her going to Paradise. I really like her and just hope that she doesn't get eaten alive there. I also hope that she is one of the early arrivals.

I honestly was not a fan of Rachel meeting some of her men early. I would rather wait to see that. Yeesh, I wish the show would fully close out one season before it starts another!

Once again, it was nice to share the unspoiled side with all of you.

Thank you for all your great insights this season.

I realize all of this discussion will be taken over to the spoiler side since everybody is spoiled now, but I will add here...

Like I said before, Vanessa is the new Andi Dorf for Nick. He likes aggressive take-charge women. Raven was the polar opposite.

Although the tears at final rose ceremony were nice to see, I did not feel too gooey over the happy couple post-show. Yet I wonder if Vanessa being so hesitant ("I worry it won't work out... blah blah blah") was more of a plus than a minus for Nick. Nick himself looks so unsure of any long term relationship himself, at least while he still has his looks and can play the field. (Maybe after 50 or 60 he can settle down, but I think he may enjoy some solo outings of the Liz kind.) Vanessa at least gave him an "out" here. They can amicably split with no hard feelings. Splitting up with Raven would be more complicated farther down the road for I-am-not-sure-what-I-want Nick.

Nick may genuinely want what his parents have, but he is not a duplicate copy of his parents. He rushed into things with Andi and Kaitlyn and didn't do a whole lot of planning aside from show "strategizing" (which the other guys in Andi's season accused him of). I remember his silly speech about ending the season getting married to Andi on a mountain top and getting a dog named Murray. Nonetheless I kinda "bought" his relationship with Andi that season. Alas... I never understood the Nick/Kaitlyn connection at all. She and Shawn always look compatible even in recent interviews, as if he was already "family" to her right out of the limo. They just naturally... fit, in terms of the way they talk, joke, criticize and so forth.