Lyrics to the song. The bolded speaks so much about R and B's relationship. I think the have it in the wrong way, Bryan is Rachel's halo according to this lyrics IMO

Welcome to the party @luv2laugh I agree with how much I respect Rachel for breaking the cycle. That's truly not an easy thing for people to do and in lots of ways, I think that's what made Bryan someone she was so scared of, and makes him such a risk to her.

But, I have to say, so far, he's made her right. He is every single thing she's told us he is and why she loves him and then some. Bryan (and their relationship) just impresses me so much the more we truly get to see and ~know him/them, no edit involved.

I especially get Rachel's frustration with the edit now. I mean...

He revealed in one of the interviews that he told Rachel he would have married her the day after he proposed. No hesitation. He also said in an interview like... he can't wait to marry her. Which matches Rachel saying she's the one who pushed the timing out a bit. He wants her, he loves her, he's committed to her and is not shy about wanting to take every single step to give her the life she wants. The Player label has to grate so badly given that's not who he is now, and/or not who he is with Rachel, or never was, or whatever.

They have revealed so many little things about why Bryan is the epitome of her breaking the cycle and such true love in these interviews it is incredible to witness.

I mean watching these... He's just so incredible and multi-faceted and so attentive, and thoughtful, and genuine, and protective of her, and supportive of her, and he validates her non-stop. He is always aware of what's going on around them, so in control, makes it so easy for her to not have to carry the weight of the world. It's so easy to see why she says she's never had this and he makes her better.

And sometimes, when people make you "better" and "stronger" you have to be careful because they don't really see and love you, and they're really just trying to change you in to what they want as opposed to truly accentuating and bringing out your true best self and your true best qualities.

When Rachel says Bryan makes her better, he's not trying to change her, he's just trying to support her, bring out her best self, and give her security and so on.

He totally embraces and lives for the fact that she's "a lot," and I love that he said in more than one interview in reaction to that sentiment from her, that self-awareness of hers and that fear that that will drive him away, his response is, "I still love you. Of course, baby. I love you to death." How can one not root for them and him for her? WHUT? How can one not see that she found in a man everything she needs and she might not have known this was what she wanted when she walked in to this show, but yowza. He's a walking and breathing checklist of a counterbalance to her in the best ways. So, so, so, glad she leaped with him, I think she's got such huge potential to get everything she ever wanted and more than she knew she ever wanted and it took her recognizing past mistakes and bad cycles, and then getting over that fear, but I think it's going to be such a huge reward for her. I think she was really sweet yesterday in an interview when she said, "I'm the winner." Yas. Everyone wins in this equation.

@Dessler wrote:He thought she has a halo ....so sweet !

Wait, what?! WHUT? This is so precious that I have no words.

Does anyone have a link to an edit of all their scenes from the finale, including the AFR? I had a lot of distractions on Monday and missed some stuff. I caught things here and there and have seen video of the proposal and parts of their FSD but I can't find their LCD, the morning after the FSD and their AFR interview.

someone woman brought her dog to Lord and Taylor to see Rachel and Bryan! Looks like a lot of people from IG story which is GREAT to see! 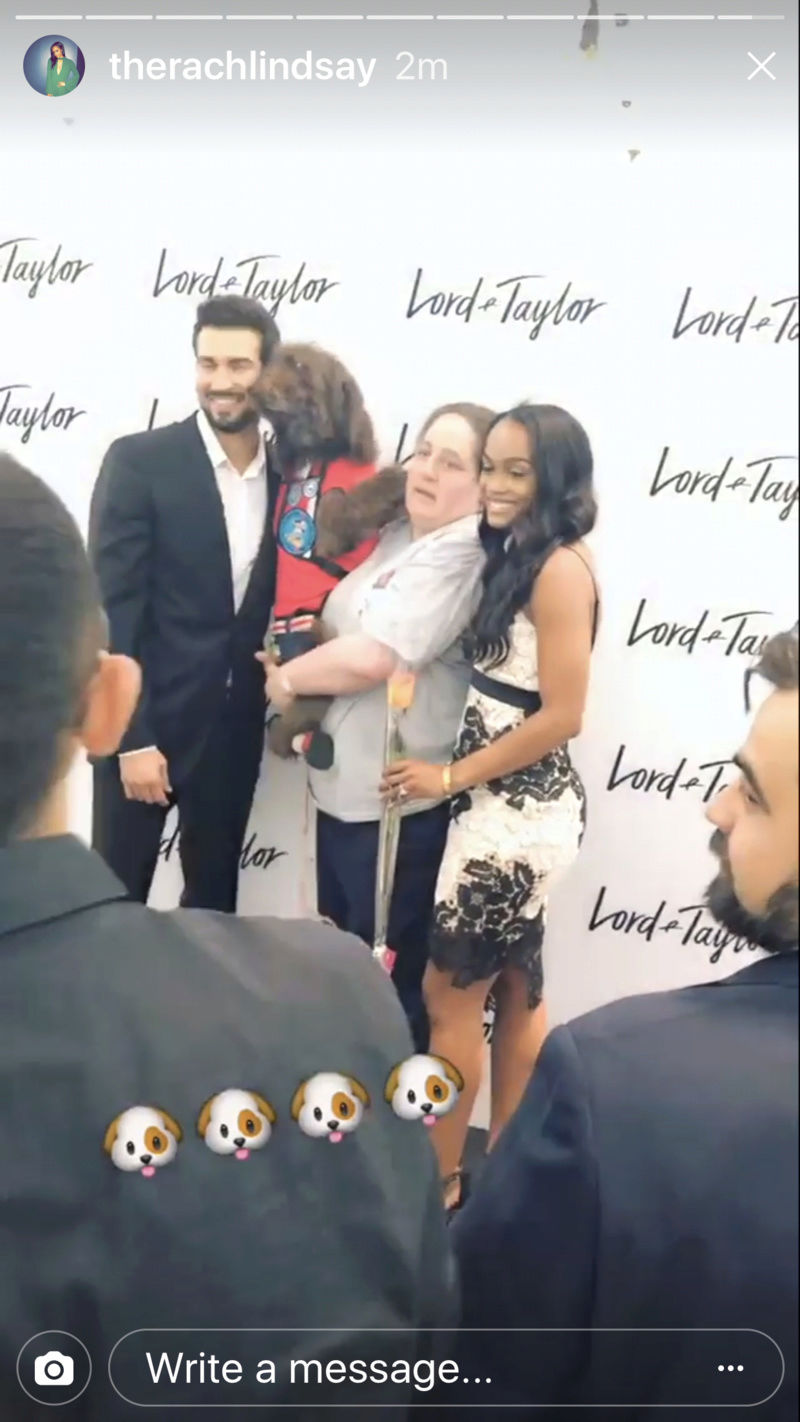 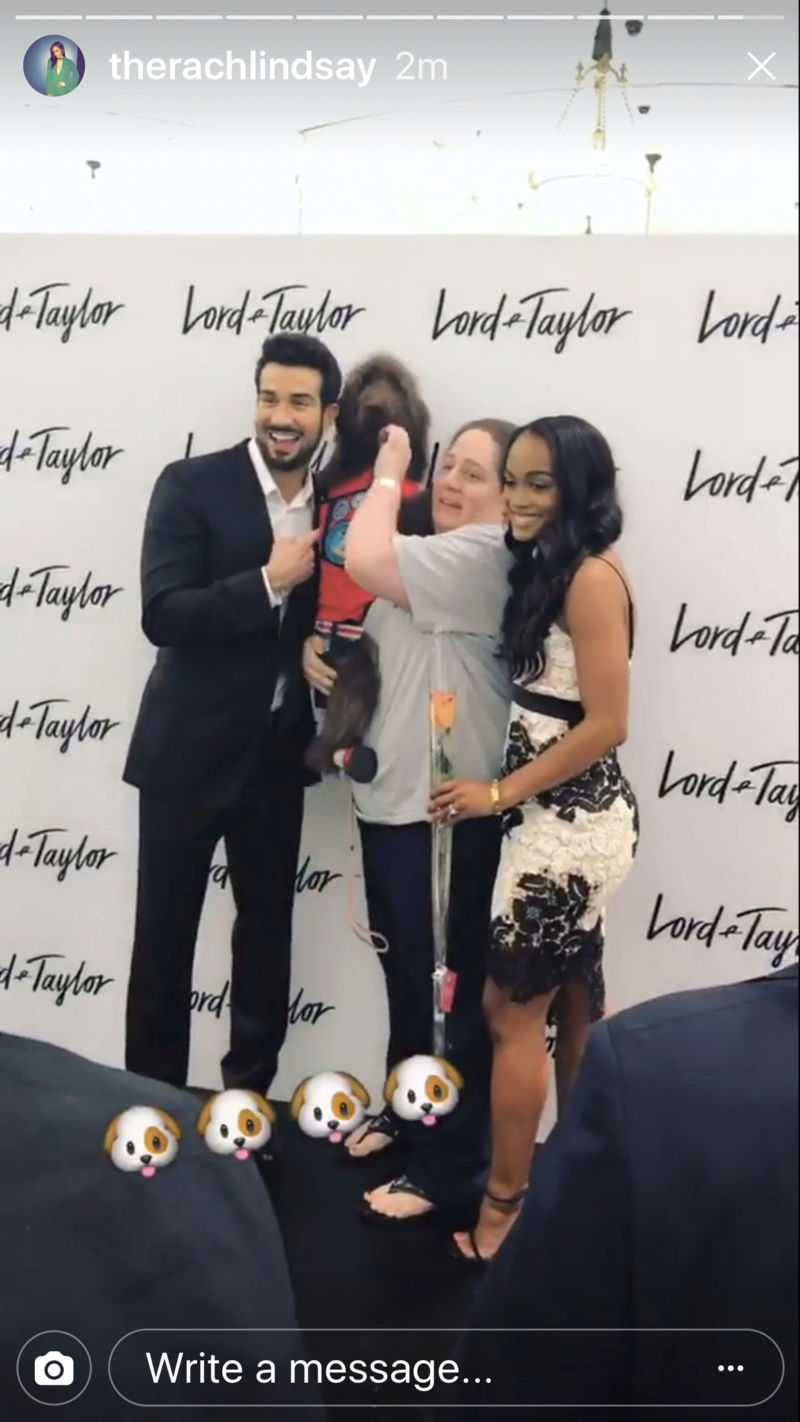 @Dessler wrote:Lyrics to the song. The bolded speaks so much about R and B's relationship. I think the have it in the wrong way, Bryan is Rachel's halo according to this lyrics IMO

Agreed. Bryan's so her halo. I think it precisely echoes what he said on their fantasy suite date night. "I have been waiting to break those walls that Rachel's built up. I'm ready to take that last brick down." There's no doubt, imo. 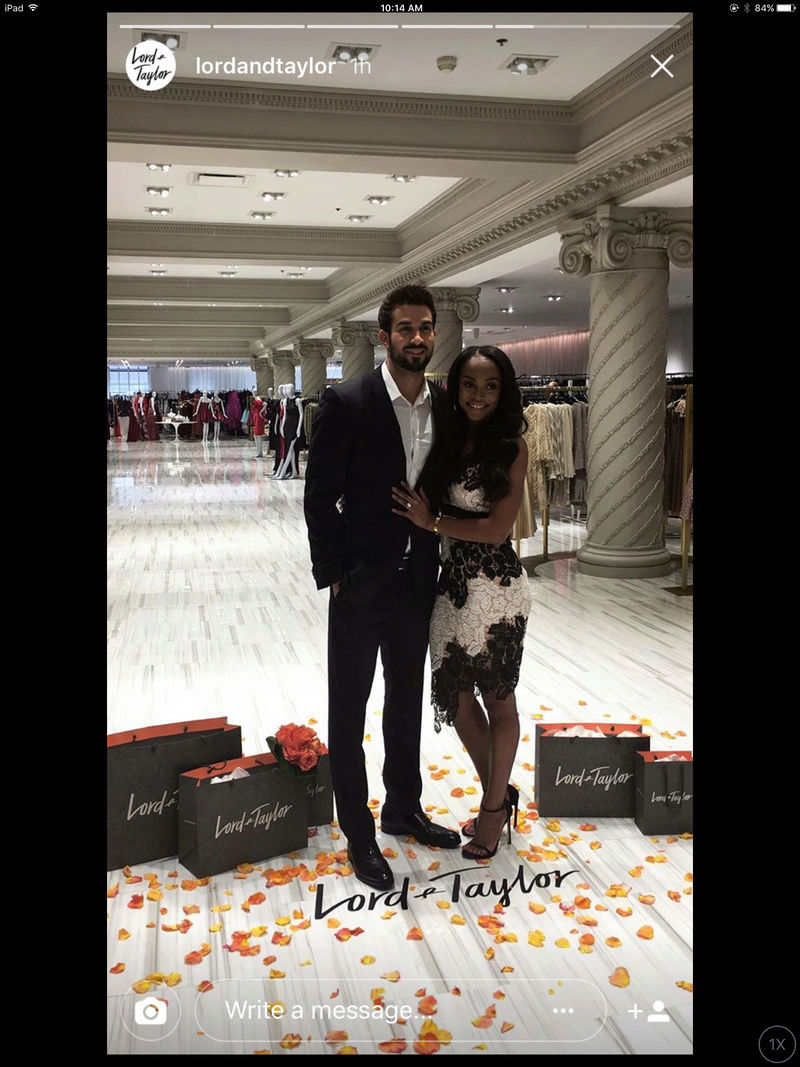