When Jon showed up at Dany's door I said to my husband, look, honey, she's taking him into the fantasy suite!

From how sensual the looks, how steamy the scene was, once is all it'll take .....IMO!!! 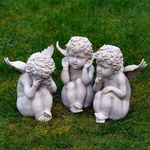 Waking up this morning and realizing there's no Game of Thrones for two years #GameOfThronesFinale #GameOfThrones pic.twitter.com/QLCTN1oX1F 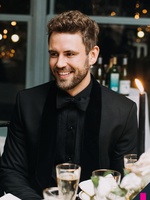 @coolangel Have you read the books? If not it might take you close to that and by then you will be ready for the new season.

I may start up anew.

@Kashathediva wrote:@coolangel Have you read the books? If not it might take you close to that and by then you will be ready for the new season.

I may start up anew.

@Kashathediva, Yup! I have read all the books. I was so hopeful that Winds of Winter would be released by now but GRRM doesn't even have an estimated date.

It's just so disappointing coz so many storylines are different from the show and we would never know what happens if he doesn't finish them - Arya's warging capabilities, Victarion Greyjoy, the dragonbinder/horn of joramun, Aegon who is a whole different character and might throw everything for a loop if he is real, etc. The show has diverged so much which I get coz they only have so many episodes/budget but as a book reader, I feel cheated that I will never know what happens to all these characters after investing so many hours.

I feel GRRM has just lost the motivation and is now finding it difficult to tie up all the sl in the vast book universe which is a shame coz the books are so so good and well written.

Sorry for the major overreaction.. It happens to me after the season finale.

I need help for my GoT obsession.

*****************book spoilers*****************************
I agree. My favorite storylines not discussed on the show were Arya's. Whole books it seemed! The Aegon stuff threw me for a loop! I had to actually google wit last night.
But--I am glad for the show because they are tying it up neatly in a way I fear Martin might never, even if it is on another plane.
I am so pissed. Like what is wrong with this lazy PHUCK. He has now had years to finish this. Years. Get a ghost writer. He has to have outlines. I read from his own website yesterday where he blames part of it on his "aging health". He is only 68. I thought he was actually 84!

So he still has time.
Actually, to be honest my least favorite storylines of the books were Dany's. They were good, but--just good.
I am wondering what will happen with the ghost of Cat Stark or whatever she ended up. There is so much to be tied up. By far my favorites are the Starks.

Kasha, ITA! I am glad for the show as well. D&D are doing their absolute best to tie up the storylines even though teleportation has become a reality on the show.

I mean the Unsullied are stuck at Casterly Rock and are supposed to die of starvation due to their fleet burning but still somehow reach King's landing for the truce talk in yesterday's episode.

I agree about Dany's SL in the books. I feel it started out on such a high that maintaining it was difficult and now it's just stuck in Essos. And she has way more gray shades in the books IMO. I think her SL on the show has been handled much better. I really wish the show had done Lady Stoneheart coz it was such a powerful moment in the books but I guess the budget limitations made it difficult. Even Ghost had to sit this season out.

I am very curious as to how all the prophesies will come together. The Night King, Azor Ahai, Prince who was promised, all the visions Dany saw in the House of Undying, dragonbinder - It's just so fascinating. The show has omitted half of them so I think they'll take some creative liberties. I keep going back and forth between who is the Azor Ahai rebirth between Dany and Jon. All the foreshadowing makes it obvious that there would be a JonDany baby with the 'only death can pay for life' and Viserion dying. I didn't see it coming before this season but now that adds another layer. I can't wait for next season! Can we jump to 2019 already?

@Kashathediva, yup! There is so much to tie up but I think that's partly the reason why GRRM has lost interest. He created this huge universe with so many threads that it's hard to consolidate them now and with the show going in a different direction for many characters, I think he is not sure how interested fans will be in the books esp. if they release years after the show has ended.

I am not sure how D&D are going to squeeze everything in 6 episodes next season. I believe the episodes will be longer in length. GRRM said he was inspired by Lord of the Rings and the ending is bittersweet. Based on that, I am keeping my expectations low on who survives.

It reminds me of this famous cartoon. I hope Jon, Dany, their baby, Arya, Tyrion, Jamie and Brienne make it even though I don't think all of them would. I think GRRM's version of bittersweet would be something on the lines of everyone dying with either Tyrion/Arya surviving and raising JonDany baby as the future heir.

Sharing this awesome video which shows how similar Jon and Dany's journeys have been. #ItWasALoveStoryAllAlong #Feels

I re-watched the season seven finale last night. Is it just me or were the white walkers marching in a specific formation past the fallen wall?

@Kolormiblnd wrote:I re-watched the season seven finale last night. Is it just me or were the white walkers marching in a specific formation past the fallen wall?

I read about it on another forum as well. It is rather interesting, isn't it? Forming the Stark sigil. The Night King keeps getting more interesting by the day.