She's still instagramming and getting drunker and drunker.

Half the cast is in her room and things are getting messy.

In the last one she was saying she hates Courtney because he spilled guacamole on himself.  They're totally in love.

I love it that Lily is still exactly the same person we saw on Bach NZ.  "Reality TV only changes the weak". 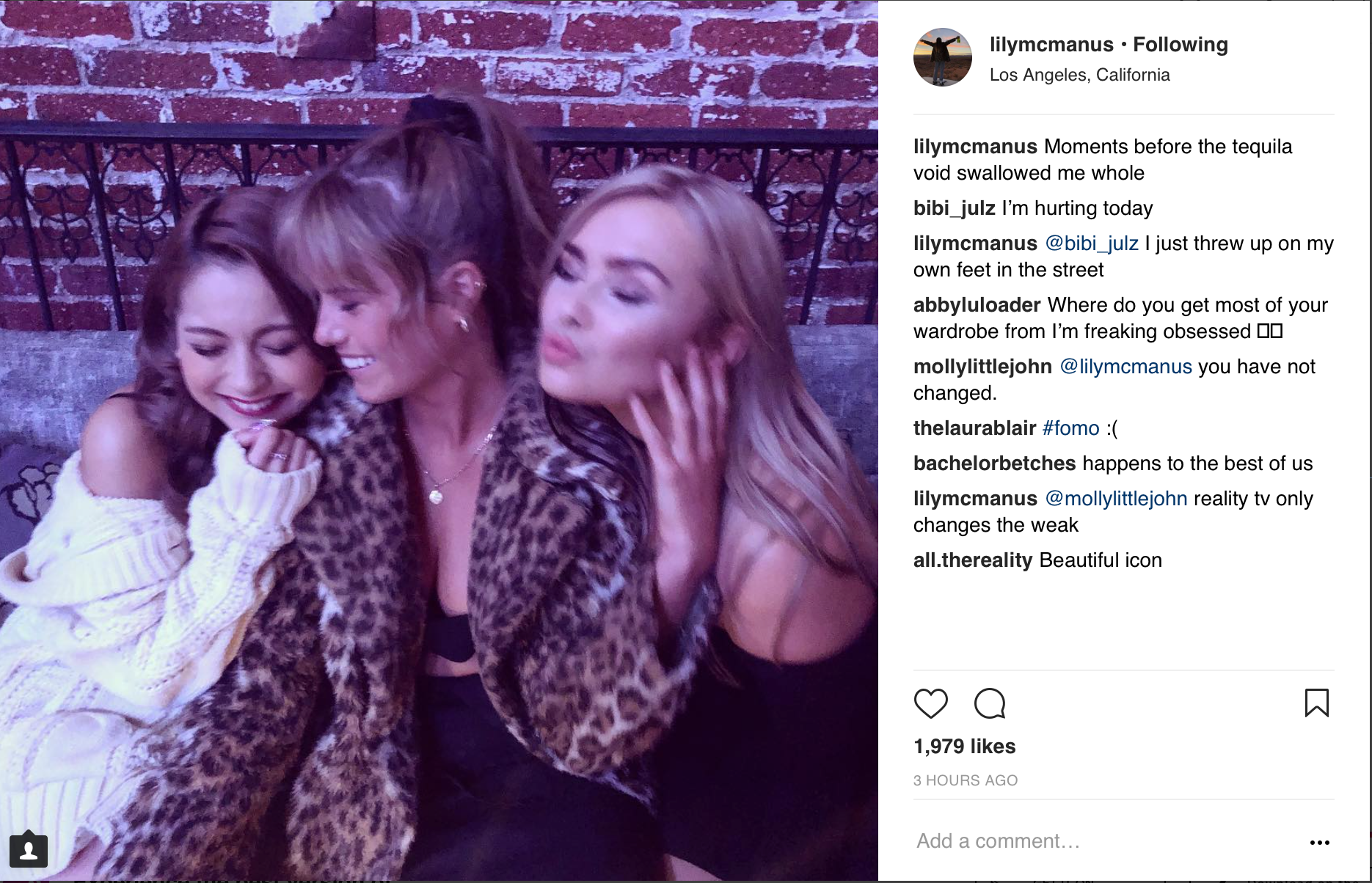 Courtney on the other hand seems like a completely different man around her - relaxed and affectionate and jovial, nothing like the IMO hesitant, emotionally closed-off guy we saw on Bachette AU.  He must be so glad he signed up for this show. 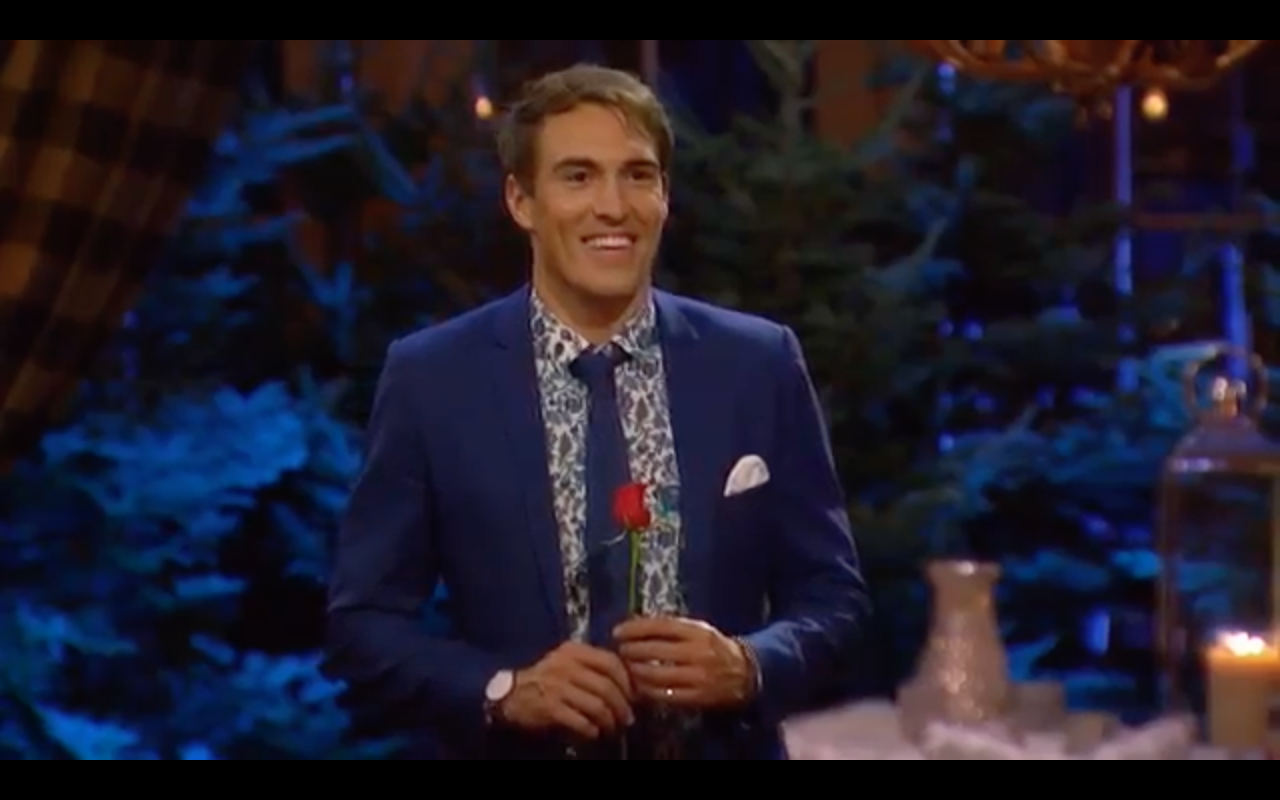 Love it! Lily is the real deal. Even though she's only 21 years old, she knows who she is and is wise beyond her years. I'm so happy for her and Courtney that they found each other on this show

I was surprised that he ended up with Lily. I thought many of the other International women were more attractive but they do seem cute together. Is he a lot older?

@albean99 wrote:I was surprised that he ended up with Lily. I thought many of the other International women were more attractive but they do seem cute together. Is he a lot older?

Yeah he is.  He's 31, she's 21.  But Lily's no ordinary 21 year old; she's very self-assured and wise beyond her years.  I can't imagine her being fulfilled in a relationship with your average 21 year old guy.  Not surprised at all that she's attracted to older men.

Courtney's not your average 31 year old either - he's achieved a lot in business (he's CEO of a company that produces medical alert bracelets for kids, which has won several awards in AU). He's also done a lot of TV/film work and runs a production company.

They both seem to love travel and laughter and adventure and don't take themselves too seriously and I think that's where the main connection lies.  Their age gap may lead them in different directions eventually but for now I see fun times ahead for these two.

Per RS Courtney and Lily living in LA now. I could see it and it matches Lily's mom's post about Lily leaving and Courtney I can see being there too (he's stayed there many times and I believe he has friends or even family there). Perhaps they will both get some opportunities for their interests while there (easier to do than in their respective countries).

I still can't get over that Court and Lily were roadtripping together because that's totally something I thought they'd be doing together when speculating they were together back when he was MIA on sm. So glad you were able to confirm it @Bobette with the RV pics. I hope to see many more roadtrips with these two

Courtney/Lily...never actually spend the night together, they just take the date. This is brought up at the Tell All taping, and the reasoning that Courtney, Lily, ... gave was that it was more of a privacy thing to them.


Courtney and Lily were sitting with the group the whole show and they were interviewed first. They said they are still together and dating, just RV’ed across the country, and they are now living in LA.

Yes I think Lily has family in LA.  She posted an IG story of herself having breakfast with some kids and the cup she was drinking from had "Lily" scrawled on it and a stick figure drawing of a blonde girl so IMO the cup was made for or by her and she was probably staying with an aunt, sister or sister in law.

I think she'd have a good support network there and Courtney has always seemed very "together" so I can imagine them getting settled pretty quickly.  I expect they'll come out of WG very popular with the US audience so they'll be able to use that as a springboard for whatever they plan to do next.

It must be such an exciting time for them.  Ah, young love.

My favourite Bach couple ever, without a doubt!

ETA:  It just occurred to me that IMO these two are a much better match for each other than either was with the Leads on their respective seasons.  You remember @AllAboutLove when Courtney made up that date for Georgia and it was wakeboarding then dressing up and being silly?  Lily would be all over that, IMO!

It would be a cliche to say "everything happens for a reason" but it does all seem to have worked out well for them both.

And performing a Bachelor favorite in the kissing competition Courtney and Lily! #TheBachelorWinterGames pic.twitter.com/eOXtKkRoUQ

I can't believe she's so young. What an old soul!

We’re keen to adopt, you in?


Ohhhhh love ya buddy. We're going to adopt you.

We’re keen to adopt, you in?


Ohhhhh love ya buddy. We're going to adopt you.