Horrible.! A guy who sh***s in public and now possibly  a sex offender!?!?

Won’t be able to look at him the same on the show until he gets eliminated. MTA should be interesting if they even bring this up.

It is absolutely horrible.

I doubt he’ll be at the MTA or that they’ll talk about it there.  My guess is they are in the edit room right now feverishly cutting as much Lincoln footage as possible.  I think they’ll cut any exit time with Becca, too.

Never liked the guy as he was OTT from the beginning on the ATFR, IMO.  If they are in the edit room, I hope they leave the Richmond debate footage in where both Lincoln and Conner self-destruct.

And we thought the

He always came off as a total scam artist (I'm still not convinced his accent is real) but this is next level. The p--p situation and now assault? He hasn't rehabilitated himself, he's obviously still an egregious liar:

1. Judge orders him to practice sobriety and go to AAA several times a week for 2 years, that conviction was in May 30, 2016. The 2 years wasn't up during fliming. How is he drinking on the show? Is he in violation of the conditions of his probation or not? It's obvious he's not attending AAA meetings.

2. TPTB asked if he had any previous sexual misconduct and he lies to their faces in such a convincing manner that they believe him. Of course, their search didn't turn up anything but it sounds like there is no guilt or remorse on Lincoln's part.

3. And his emotional control is questionable? He seemed to be able to cry on the spot about the picture of him and Becca being destroyed. He also garnered sympathy from some of the other men on the show because of it. That type of control could be suggestive of all kinds of destructive personalities.

It's lucky Becca never liked him, TPTB put her in more danger than we may even realize at this point. Wouldn't be surprised if there have been previous juvenile or expunged records in the UK or whatever other countries he's lived in before.

@kerriway The conviction was in 2018, just last month after filming ended. The assault happened in 2016.

The case was pending when he was filming the show.

I didn't like him from the minute he was on the ATFR. Guess my gut didn't lie on this one!

@havadrpepper Thanks for clearing that up for me!

Unless I missed this, he does have to register as a sex offender according to this source
https://www.nbcnewyork.com/entertainment/entertainment-news/The-Bachelorette-Contestant-Lincoln-Adim-Was-Convicted-of-Groping-Assaulting-Woman-in-Boston-Massachusetts-485576651.html?_osource=SocialFlowFB_NYBrand

Kudos to the woman who reported him. Clearly she is a person with established sexual boundaries and the confidence to not only stand by them but protect future women from possible insult by a guy who doesn’t respect no.
This is definitely a potential wake up call for him.

Did ABC wipe him off their site? I don't see his bio or photo in the gallery...I mean good riddance and all...does this mean they are editing him out of remaining episodes? Or maybe I'm blind LOL anyway just curious. And I agree someone needs to be fired... 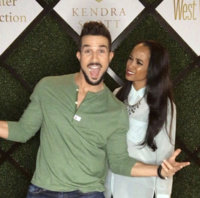 @Fangirl26 wrote:Did ABC wipe him off their site? I don't see his bio or photo in the gallery...I mean good riddance and all...does this mean they are editing him out of remaining episodes? Or maybe I'm blind LOL anyway just curious. And I agree someone needs to be fired...

He is still there.

@Sprite Okay thanks! I think I was looking at the wrong site: https://www.disneyabcpress.com/abc/shows/the-bachelorette/photos/ ?? ....my personal opinion is that they should remove him or edit him out

My Gosh! What a mess! I never did get a good vibe from him somehow and it was confirmed with his antics on the episode with the photo. That said, I cannot see how ABC would completely wipe him out... more likely re-edit a lot until he is sent home. So many viewers are NOT following spoilers and they would need to explain a lot before the time is right. Of course, MO. I think it’s gonna possibly give more air time to other men, like Jason and Wills, which I will be grateful for. I guess, we’ll see next week. OTOH It’s probably why Becca has not yet posted a blog this week.. Imagine what she can say... that must be a hard blow again...