@ReneeM wrote:Looks like she's on a date with 8 guys. #1 is Nick Spetsas, #2 is Clay, #6 is Lincoln ,#7 is the same guy from the pineapple pic Fleiss posted a couple days ago, #8 is David Ravitz 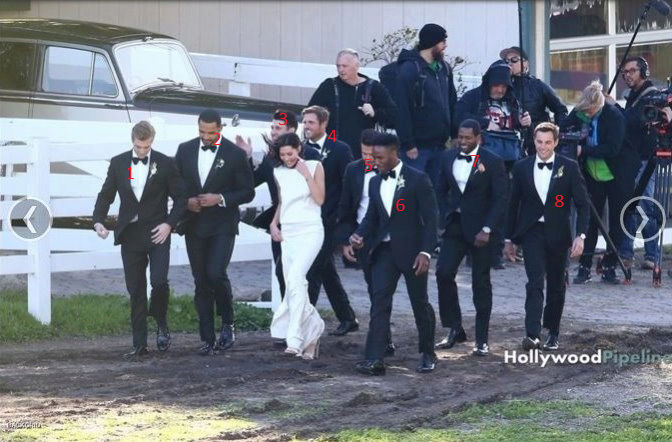 Apparently #5 is Chris Randone per RS.

#3 is Connor Obrochta per https://www.bachandbachettefans.net/t4744-connor-obrochta-sleuthing-spoilers#1303578

The bold is new info.

@realitysteve
(SPOILER): A couple quick updates. Becca currently on a group date at Ventura College. Looks to be some sort of football game as there’s a marching band and cheerleaders there.

(SPOILER): Rose ceremony #3 is tomorrow night then traveling begins. They will be in Park City, Utah for episode #4 beginning early next week. Here’s a public date you can attend happening on Tuesday.
https://twitter.com/realitysteve/status/977289826142769152?s=21 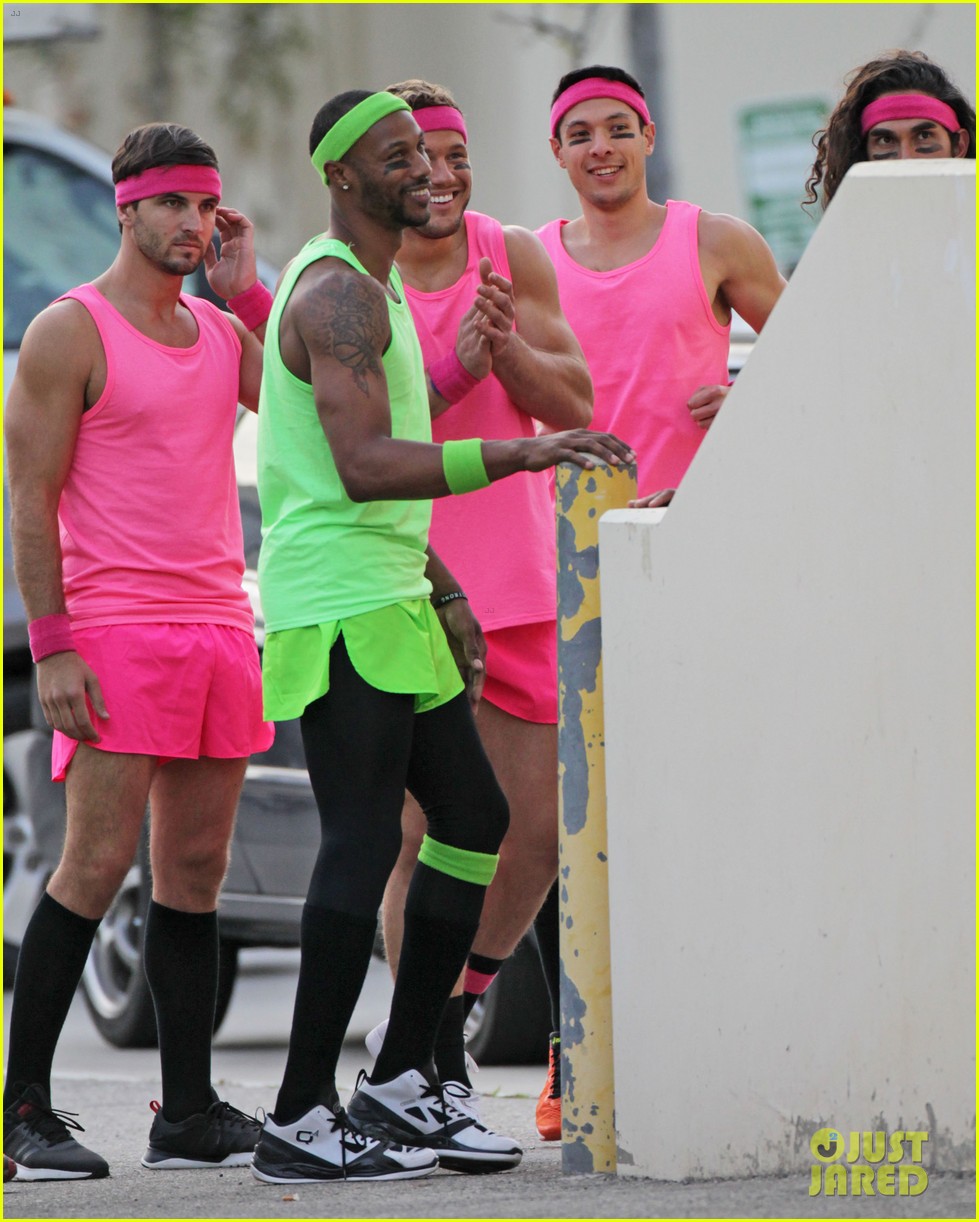 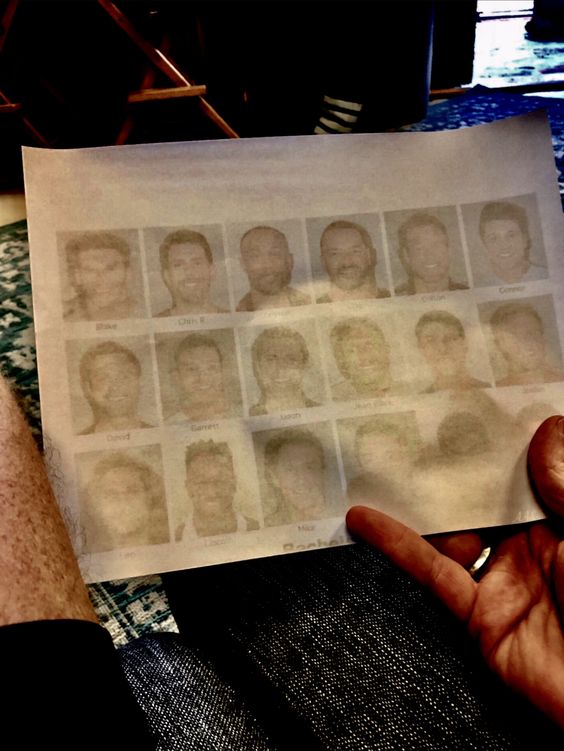 Asian is still there. I updated my pic and added some photos as reference. I think his name is Jim.
And the unknown white on wedding dress date in probably Jordan. 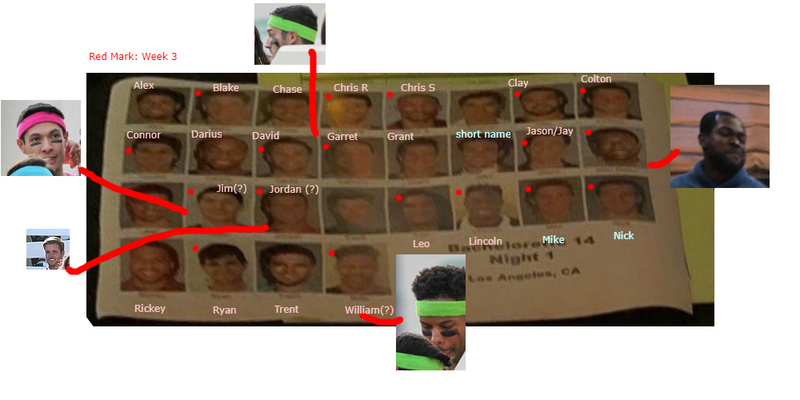 @ReneeM wrote:Can't believe it took me this long to put it together but I'm pretty sure the guy between Grant and Jason is Jake (that's the name I can make out on the page and it matches alphabetically) aka J.B. from that reddit post a while back. @GuardianAngel already created a thread for him.

@AllAboutLove wrote:Fleiss just tweeted a pic of 18 guys with their first names backwards that he almost immediately deleted and uploaded the same pic that is more blurry (he must have realized he was giving away the cast list names

). There are fewer guys in this pic than the previous one so thinking it's the guys who are currently on the show.

I managed to screenshot the first pic Fleiss tweeted and have some new names to add for the contestants list:
Garrett
Jean B (Jean Blake?)
Jordan (spelling unsure of, but I think he is the "unknown/ear guy" guy on the tuxedo date with his head down)

Original tweet by Fleiss with the pic of 18 guys and their names backward. 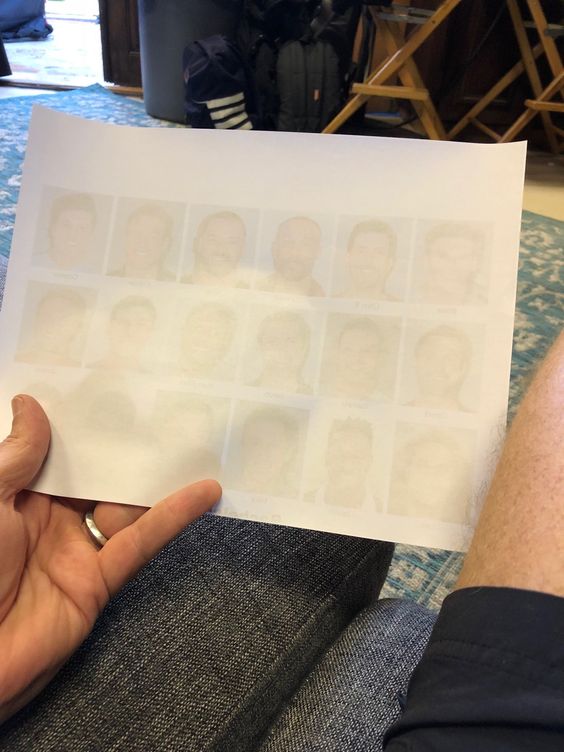 I darkened the pic and flipped the image so the names aren't backward and can be seen more clearly.

The names I see are:

Middle Row: David, Garrett, Jason, Jean B, Jim?, Jordan (sp?) (* Jim per @havadrpepper and @star_D, which IA that the letter after J must be e or something that comes after e, given the names are alphabetized)

Bottom Row: Leo, Lincoln, Mike, Nick, Ryan?, ?? (last two names/faces are blurry but based on alphabetized list, thinking may be matched to Ryan and last guy possibly William or Trent or contestant sleuthed already and on the previous list)

Next tweet by Fleiss he posted after deleting the other one

@havadrpepper wrote:Could the 2nd row be this:

Alphabetically, Jim would come after Jean and before Jordan.

Labeled pic to go with my post upthread here. 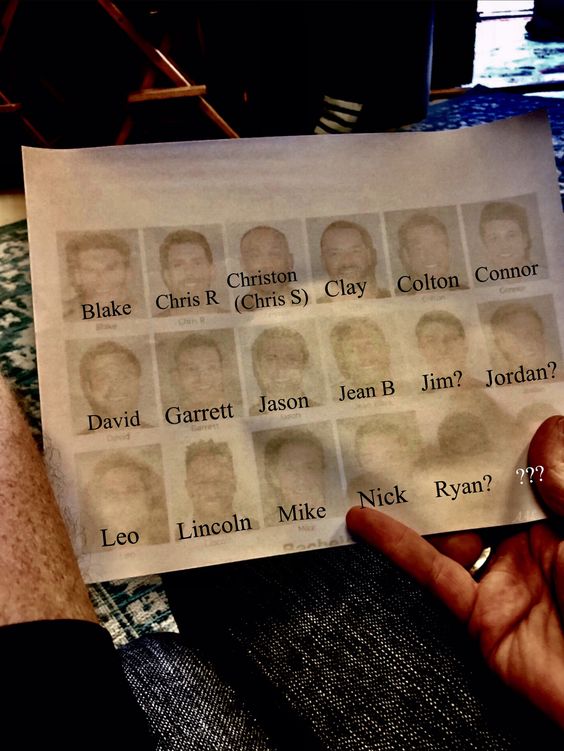 It’s not Jim, by the way, but damn are you close!

I am so impressed with the sleuthing here. Yawll are wild.

@vermillionaire wrote:All I can say is you’re CLOSE! Try a different vowel ?

@Aunties_Love wrote:So here's clear indication that Grant is gone.....his is still private (I am following him) and he has one more follower and is following 2 more people.....bach producers.

Considering he's private, he would of had to accept followers and follow others.  But who he is following makes sense for him to of been let go. IMO

good catch. MF's list of 18 guys on episode 3 confirmed this as well, IMO. He is not on the list, meaning he is out.

He is out as per MF's last tweet of 18 guys still around on episode 3 (he is not on the list) IMO.

@MiniDiva wrote:The guy on the left last name "Jespersen".  The poster is from Iowa.

my cousin is representing the Jespersen name (on the far left) pic.twitter.com/ZcmujHfqAR

@Ladybug82 for the lead!

@GuardianAngel wrote:When I put them side by side, it looks like Ryan to me by the shape of his hair, and that's not Trent IMHO next to him because his hairline looks different than the thumb pic. You can see from the first pic that was posted of all the guys, the shape of everyone's hair/head. The last guy's hair has the same shape IMO as William? BTW someone refresh me how do we know that his name is William? TYIA

@star_D wrote:There is a pic WITHOUT thumb. You can see the hair, space on background, color of background, head shape, it’s not Trent. IMO. The original photo’s has already been changed many times m. Why  not analyze pic without thumb directly?

Here, the one next to Williams is Ryan, you can also see the difference in skin color. 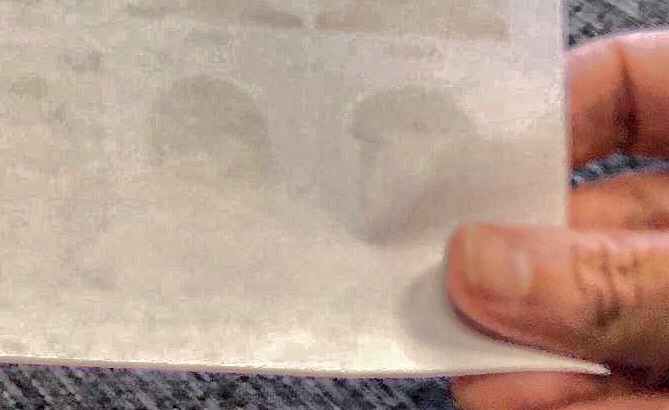 @havadrpepper wrote:For reference sake, I have numbered the dodge ball date photos and are including them here: 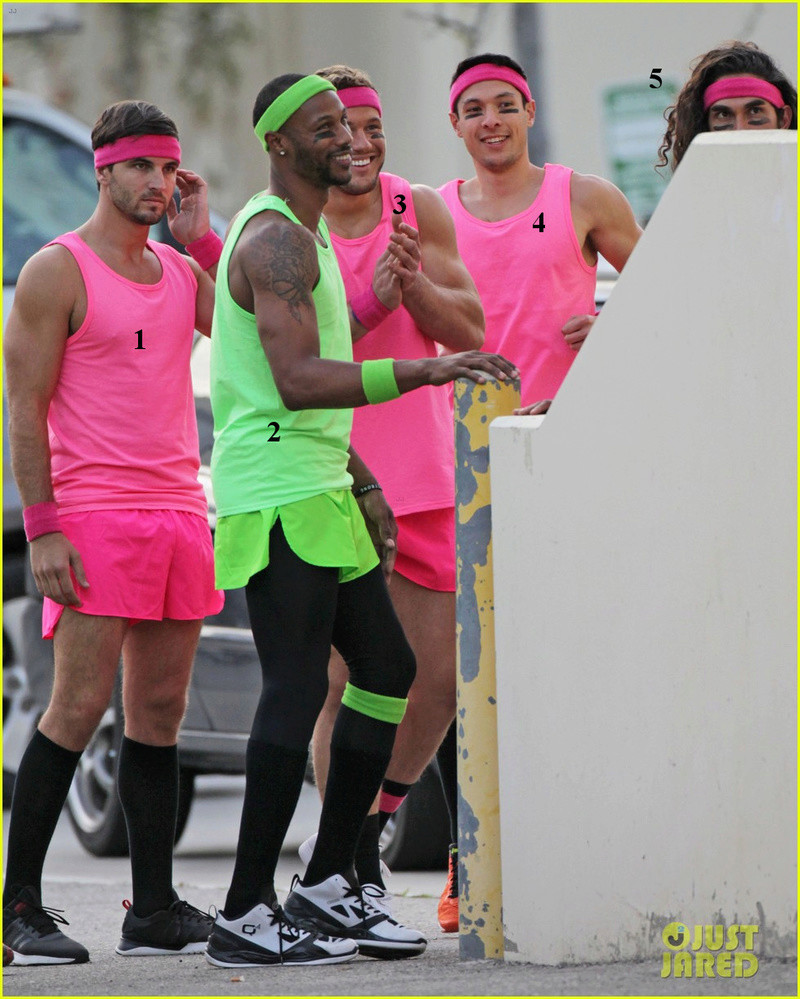 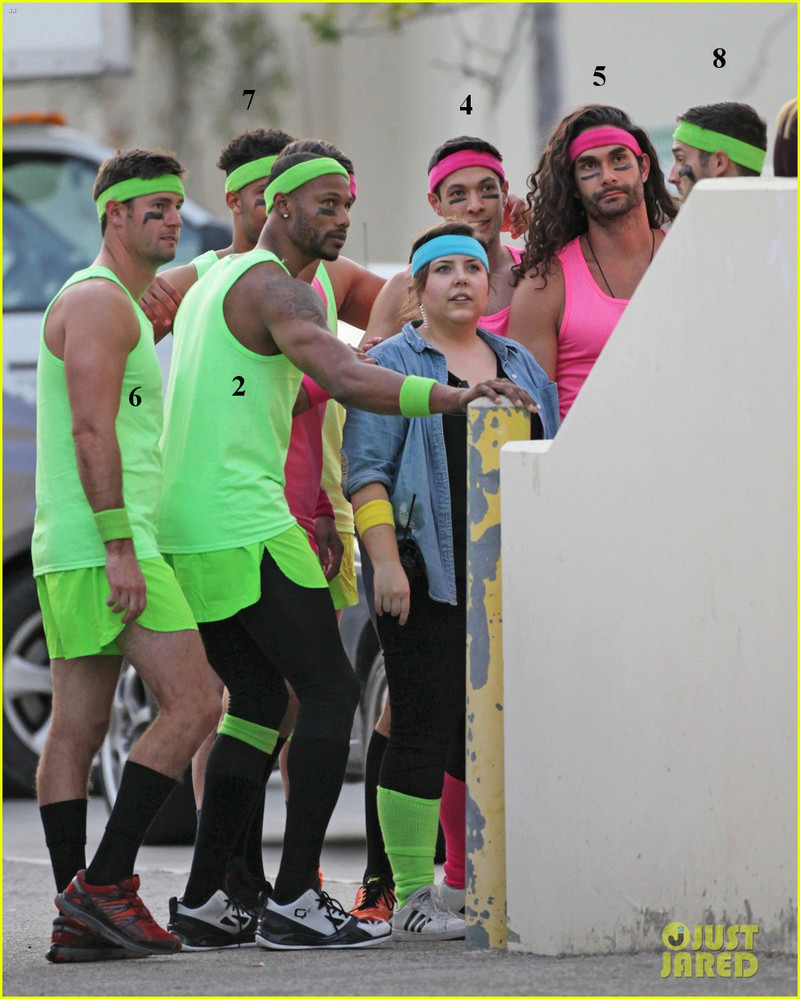 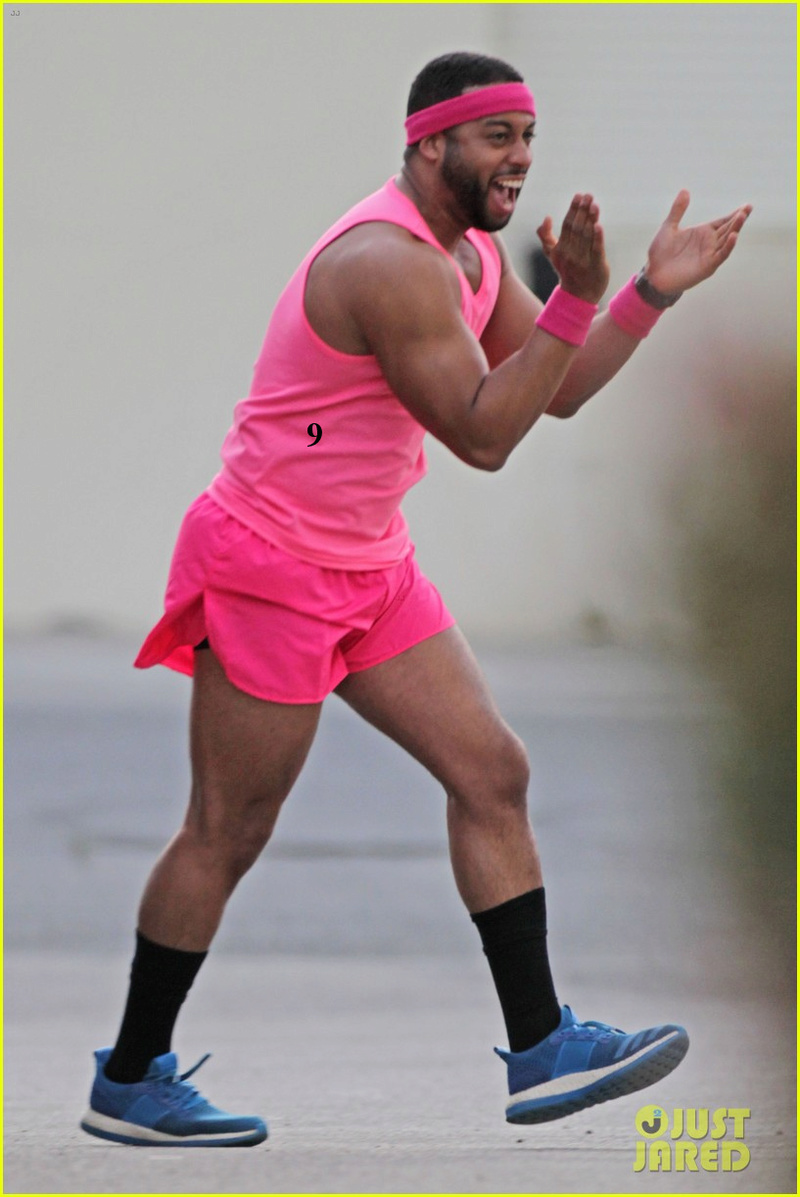 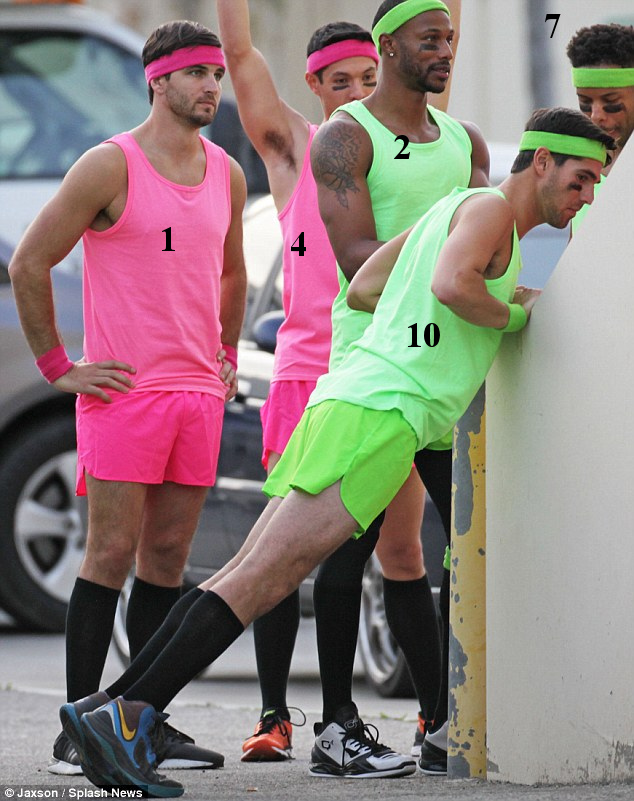 If I have any wrong, please let me know!