What is this sexual harassment being thrown around by Bekka M?
All over reddit but have no idea what's going on. 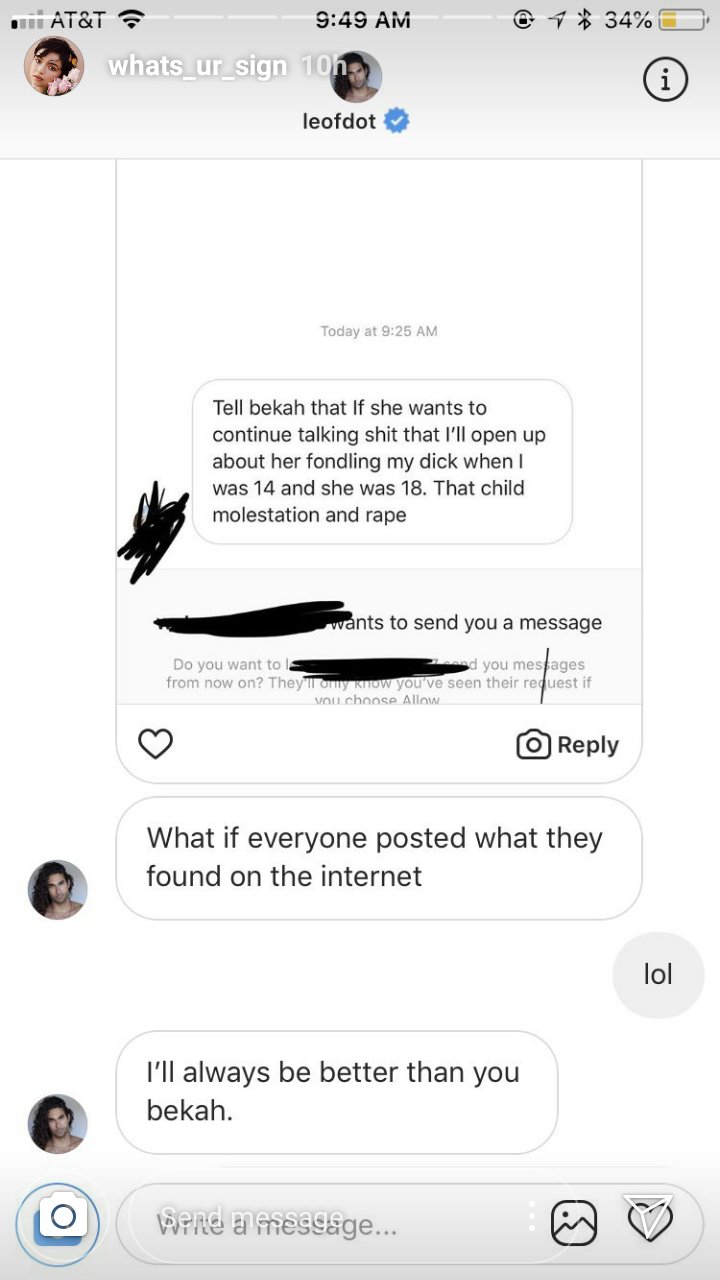 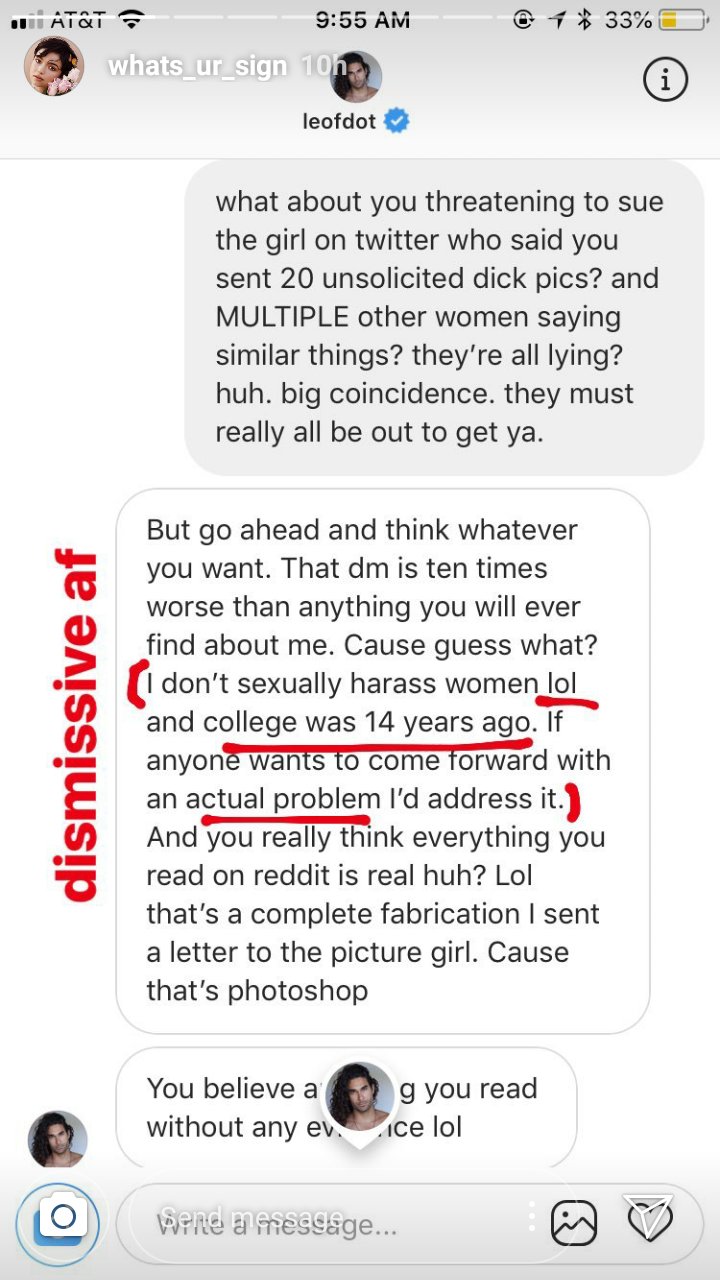 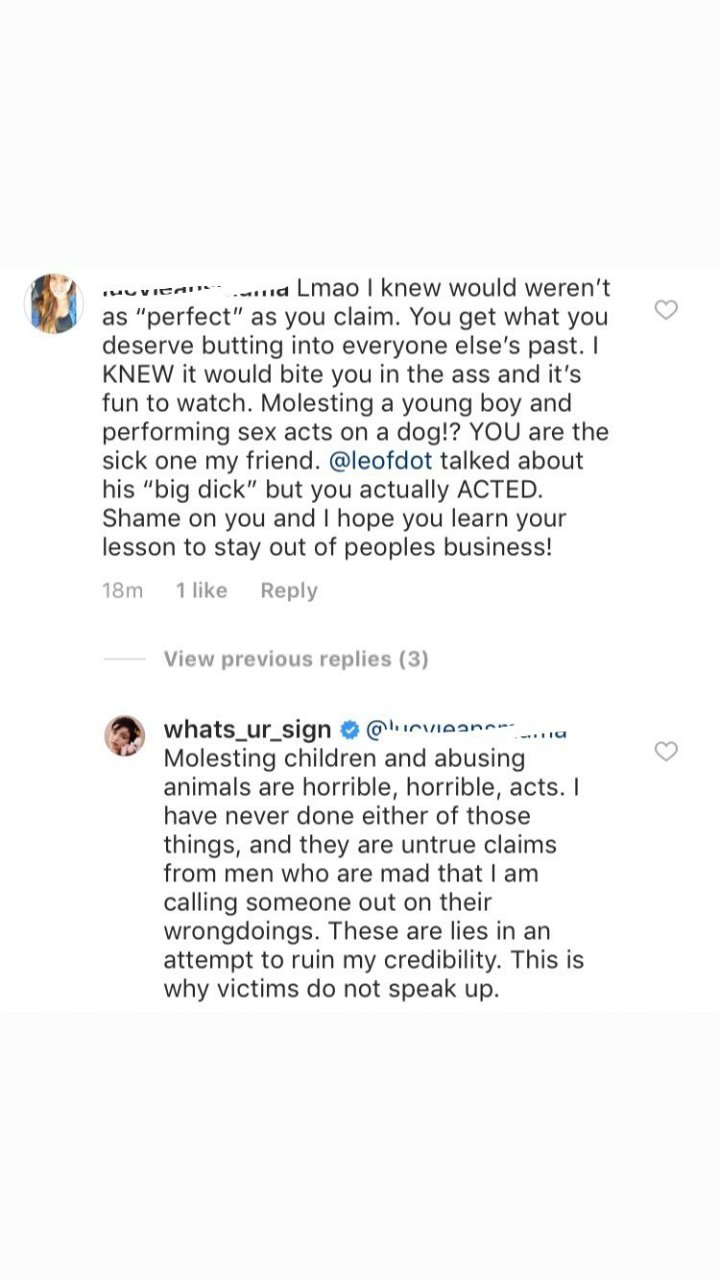 Interesting. If anyone knows how to save his Instagram story before it disappears, it would be much appreciated. TYIA 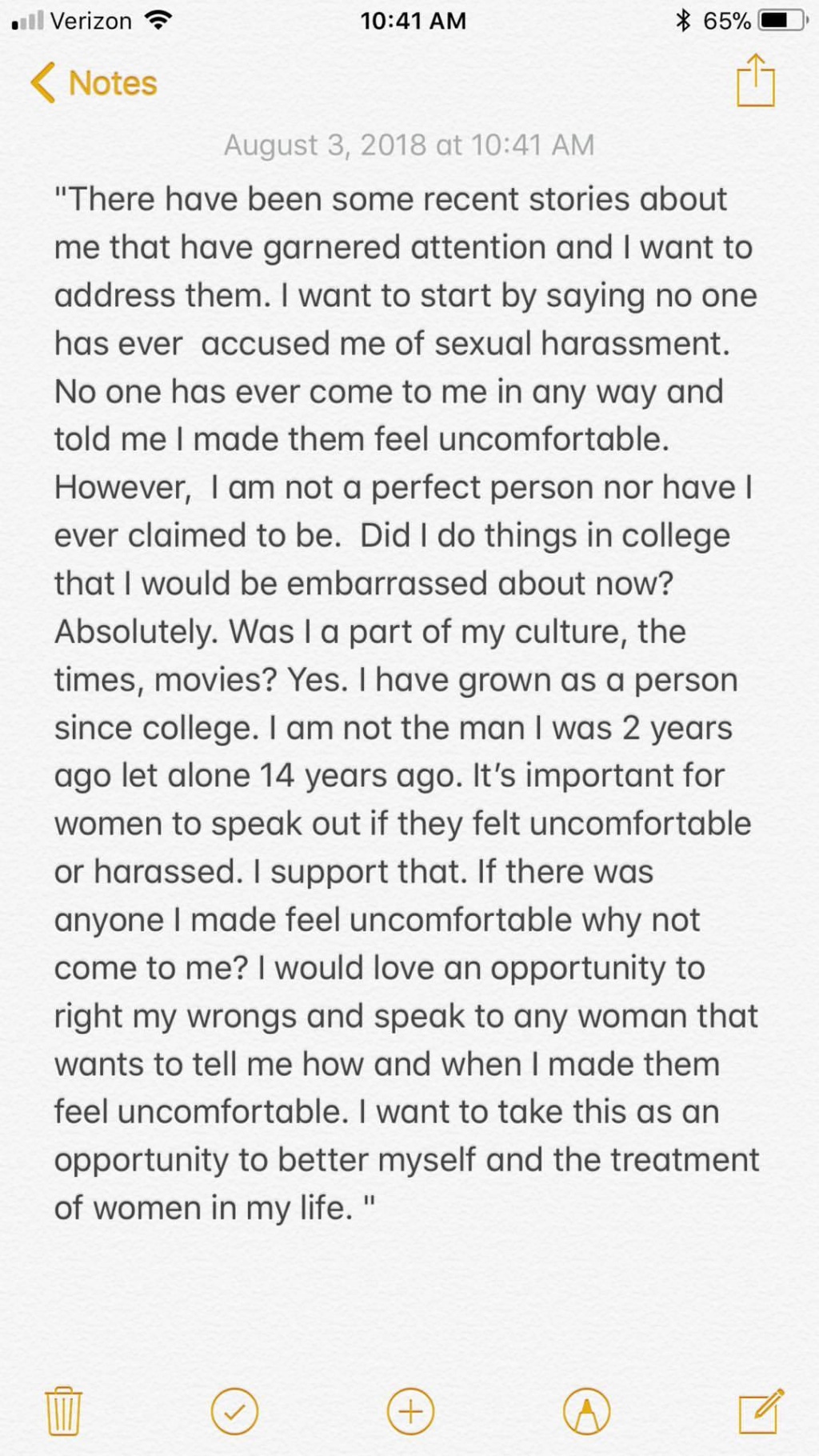 @charriotoffire there's been multiple women on various platforms accusing leo of sexually harassing them, the claims span all the way to back his college days but aren't limited to them. When he was first announced a few girls had said he sent them over 20 unsolicited d*ck pics on IG. There was also a comment under a random girl's IG pic saying 'you want a piece of my big d*ck' or something to that effect. He has since deleted the comment and has been lying that the screenshot going around is photoshopped. It isn't, when it first came out I went to the page and saw the comment for myself. He threatened to sue the girl for defamation so she stopped speaking. He also tried to do the same with Bekah but she got some legal advice and didn't back down. He then posted screenshots of dm's he got (which I think he sent to himself just based on the timing of Bekah putting him on blast and when he posted these ss) accusing Bekah of having relations with a 14 year old and a dog. Honestly (imo) Leo's probably top 5 worst human to come on this show.

Smh at the “quality” cast this season.

TPTB really need to step up their game and stop casting for the drama/ratings or else they're going to find themselves in a situation that they can't dig their way out of. And when that happens, that's going to be the end Bachelor Nation.

I think the show is in a tough spot when it comes to the Leos of the world, as he's never been charged with a crime and there is no record of his decade long history of sexual harassment. Which is going to be true for most men who've sexually harrased women. The only way that someone like him can really be prevented from being cast is if the show releases the cast before filming and people are able to write in. I just don't think that will happen. I think we're just living in a new era, because of social media and #metoo, and that's why these men are being exposed and why people are actually listening. I don't think any of this is new. I think the show has likely been casting bigots, abusers, and sexual harassers from the beginning of time. IMO.

Seems to be more “news” about a few individual contestants due their behavior and character than buzz about the show.
Since SM equals $$$ more and more unsavory people seem to have applied for these shows. Background checks are a must and it does not take long for results. A lot is overlook solely for storyboard purposes and to get a reaction. Any individual with a positive hit for misconduct should be automatically removed from the show even during filming.
TPTB needs to put out a full statement on their inept efforts

And meanwhile in La La land, Becca keeps saying: “ I had SUCH AN AMAZING BUNCH OF GUYS” Yep. Quite A- MA-ZING...!