@GuardianAngel wrote:What's with the crying? Can't believe i just did what Arie did to me??

Oh Oh this is when I change my mind on Jordan.

Say it ain’t so...@guardianangel...did Becca actually said the bold? Sorry I didn’t watch but was only expecting her to say she was in love with 2 guys yada, yada

I thought she said I can't believe he did the same thing as RE did to me. I will have to watch it again...

This is what I heard too.

This is interesting! so is a switcheroo possible? or one of her guys dumped her for her friend(Colton-Tia?) depending on what she said?

This was my impression also...that a guy dumps her...perhaps for a girlfriend back home that he had broken off with but couldn't stop thinking about.

As for how Becca is reacting to this news...I won't be making any judgements just yet. It is still early days in this fiasco and I suspect the pressure on them will build a lot more. I will be waiting to see how she reacts by the end of the season before I jump on her for her decision. I am wondering if she will be cancelling any upcoming media. That might be an indication of how things are going.

It has taken me a while to simmer down after Beccas plead to us all to be kind to her men - oh please! Felt like I was having an allergic reaction. How old r these men? And just like G was non judgemental and loving to the folk in those posts he liked. My tolerance /empathy for Becca is become very limited. Everyone knew what they were signing up for as it is well documented especially Becca and it was her choice who was F1 as it is her choice now to stay with him. Fed up with the excuses and the cover ups. THis imo is not political this is common decency. I do hope this goes viral as can not stand the thought of him making money from a deceive sm fan base. IMO Becca needs some serious professional intervention to assess why her picker is soooo off. I'm not happy with Jason T either LOL as saw his bio and was intrigued so decided to stick around. Big mistake as instead of escaping reality and immersing myself in a 'romance' story I have plummeted into the dark side of humanity and deceit. As for the no face trying to rubbish this forum - come work with me and see what continuous bullying, hatrassment, torment and degrading does to innocent folk who had no say to their circumstances. Thank you to all the fantastic contributors of this forum - at times it isn't easy with so many varying options but respect is always upheld. Love reading/ thinking about all the post/views, esp love the humour.

Another one bites the dust. This is gross

OMG...one of the guys on #TheBachelorette used to harass me with dirty Instagram comments back in the day....Becca, run!!! pic.twitter.com/b3lk6VShr3

I will never agree with Garrett's likes on IG and if bachfan43 that has 0 followers and 0 followings thinks I care about their opinion, they are grossly mistaken. Another one that doesn't have the balls to talk to me directly but hide behind a screen and post on other forums about BBF. I suppose they miss us, and have nothing better to do other than come visit under hidden IP's.

That's just tacky for someone to do this to @Guardianangel.... They need to put their big girl panties on and act like an adult....

I'm only gonna mention this once because I don't have the warm fuzzies about Garrett, but I kept watching him on the show tonight and in the previews and there's something about him, I don't know if it's the way his face moves when he smiles or if it's the awkwardness about him, but he reminds me of my oldest brother, who just had surgery for prostate cancer and is the last of the 3 brothers that I had left. Why oh why??? However, until Garrett can put his big boxers on and acts like an adult and does some groveling I could never get behind him... I sure wish Becca hadn't picked him.. End of rant.

@Loulou   what did Jason do that has you not like him?  what I have seen is good.  I just got done watching (west coast).  I might have missed something here.

I did enjoy the show.  I see why Leo stays.  He is hilarious and will be good comic relief.  I did like Jason a lot on the show, pending what LouLou says I guess we'll see.  I really like Wills.  I still like John and even though Ryan had next to no time, it was nice to see his face.  I realize Mike is a matter of time guy, but he seems so sweet I like what I have read and seen of him.  Nick does remind me of Wolf of Wall St as Becca described him.  He's fun though, so it will be nice to see a few more episodes of him.
Some nice locales in the preview.

I agree with albean.  Even without what we know about Garrett, he's a strange dude.  I don't see what the big fuss was from her about him, but boy, I do think she's hooked.  Blake was even better than I expected.  IDK what else to say.

@GuardianAngel wrote:What's with the crying? Can't believe i just did what Arie did to me??

Oh Oh this is when I change my mind on Jordan.

Say it ain’t so...@guardianangel...did Becca actually said the bold? Sorry I didn’t watch but was only expecting her to say she was in love with 2 guys yada, yada

I thought she said I can't believe he did the same thing as RE did to me. I will have to watch it again...

This is what I heard too.

This is interesting! so is a switcheroo possible? or one of her guys dumped her for her friend(Colton-Tia?) depending on what she said?

I watched it again and she said "he literally just did what RE did to me". I thought of Colton because of Tia?? I don't know...

Well seems like we are in for yet another crazy season! She seemed smitten by Garrett so I can see why he got the FIR. Blake is a cutie. Jordan the model? will be the narrator of this season

but he bugs me already.

I guess my only consolation this season is that I will be able to enjoy Becca/Blake right up until the end. Seems like he fell for her hard, per the preview, and I thought their conversation was really great.

Also, Garrett's Chris Farley impression was AWFUL. Shame on whoever laughed at that making him think it was funny/impressive enough to do it again. :\\\\ 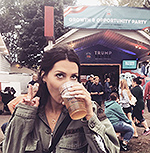 finally watched and i don't see any connection with the guys other than maybe blake? i really don't know who chris farley is-sorry:no idea: and i can't be bothered googling him because i didn't enjoy the impression of him from Garrett...my only question is WHERE WAS RYAN! my fave preseason banjo guy

he didn't get anytime!!
i actually found Jordan to be a bit of comic relief

so he didn't bother me.
I loved Clay and am so upset he doesn't last long....

anyway from preview it looks like colton and jean blanc say i love you to becca?! looks like a few guys do fall in love with her...don't blame them..

This crying on the bed and saying he just did an Arie to her is upsetting to me. I can't push the feeling that its Colton. If Tia or colton have anything to do with those tears i will not forgive them..rant over. ajmo

I don't think I would like him in real life but he is good TV.