We have a nice little Sean-Wolfner-Arie back-and-forth pertaining to the wedding and what I imagine to be Arie's bachelor party: 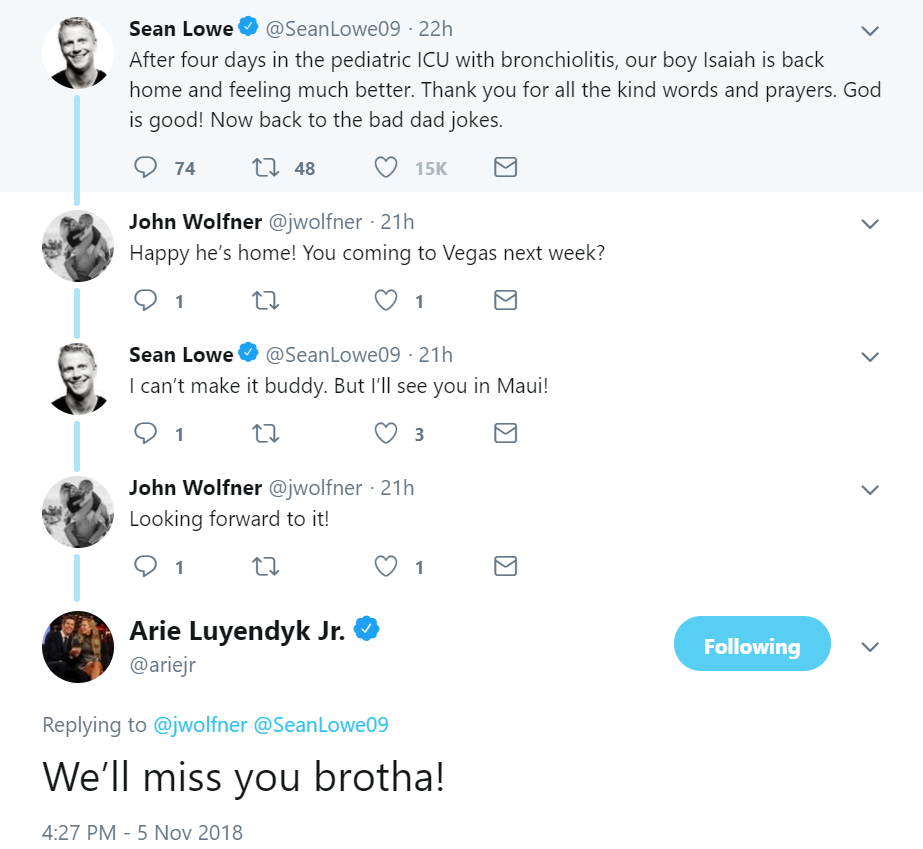 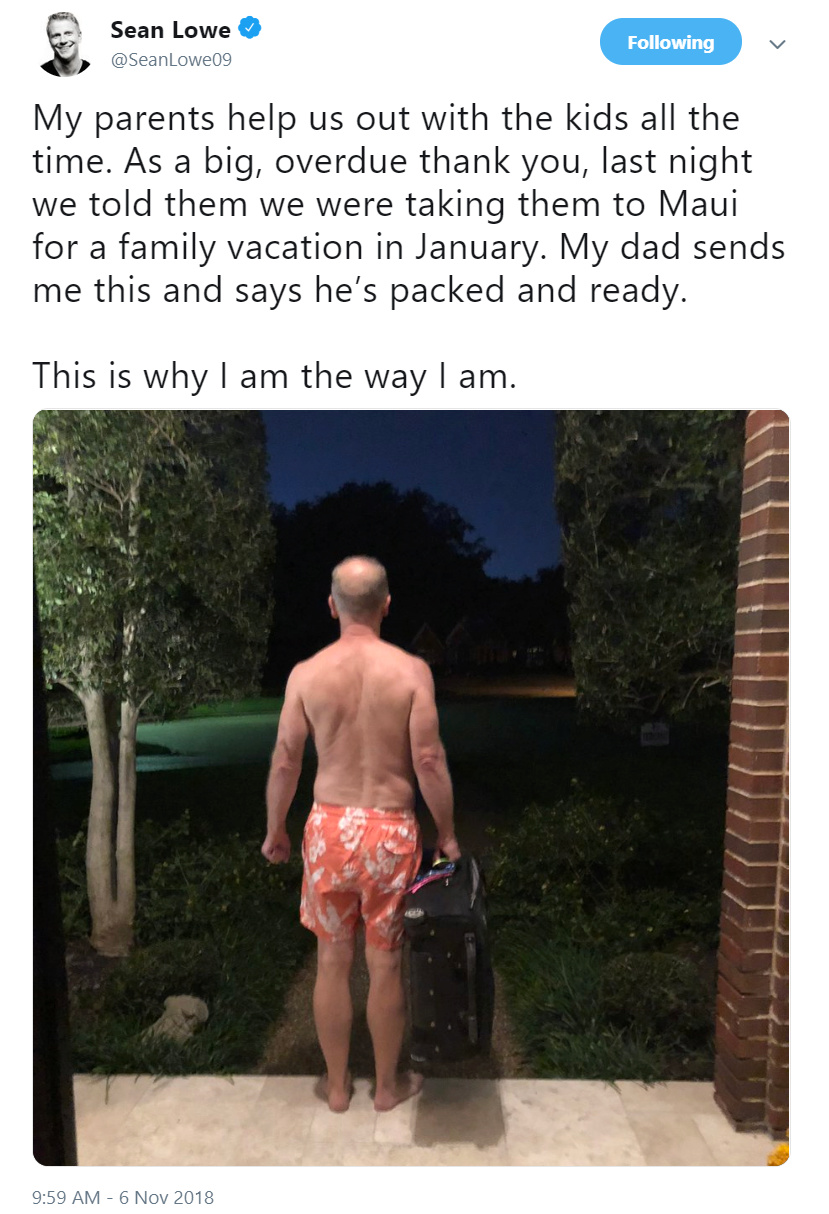 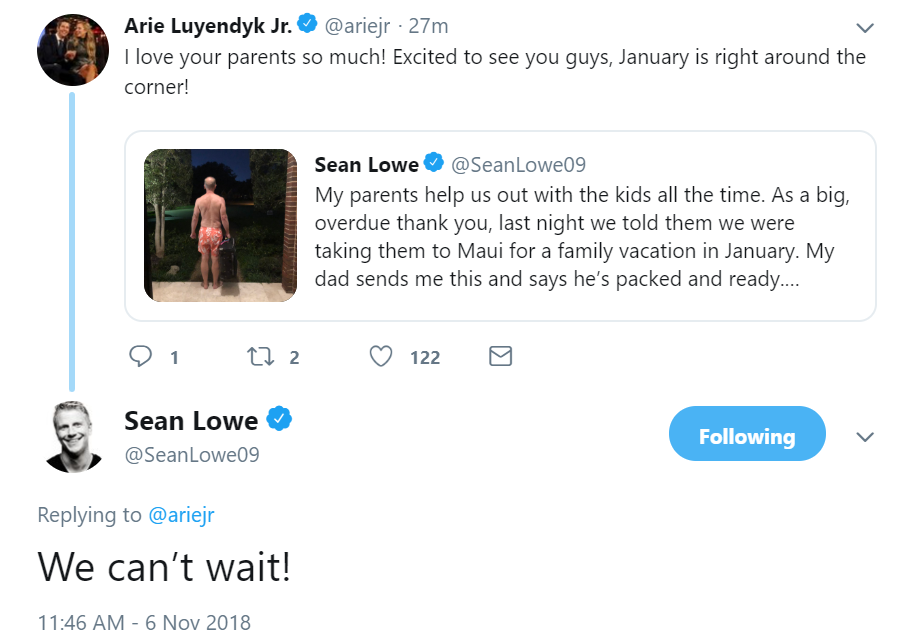 It's nice to see how close some of the former contestants remain.

Let the festivities begin! Do we know what Lauren has planned?

@GuardianAngel Not sure, but I know Maquel will be there.

We can add Seinne to the bachelorette party list. And...Jenna... (but since this is a fan forum I will restrain myself...)

Source: Me being a weirdo on IG

Looks like the parties are a wrap! I've been checking it out this weekend...they looked fantastic! To give some background, Arie and Lauren hung out with their AZ friends and those that could make it on Thursday with dinner and poker. (East coasters were tied up by the snow.) Friday was the height of festivities, when everyone else arrived. For lunch, the two joined together at a restaurant with diabetes-inducing dessert, went to a cool igloo experience, and went on Gondola rides at the Venetian. For the evening, they split off into their respective parties. Arie and the guys played poker, went to a sushi restaurant, and went to a wild nightclub. Lauren and her girls were in a party bus, attended a Vegas show that one would expect at a bachelorette party, and also went to a giant and wild nightclub. Saturday was more low-key and was generally split up by parties (except for what I gather was a group photo). Arie and his guys went on some Vegas rides, did karaoke, and went to another nightclub. Lauren and her girls went to the sushi restaurant that Arie went to the night before, saw one of the Bellagio fountains shows, and finished up at a nightclub as well.

All in all, it looked like a great bonding experience for everyone there, and now Arie and Lauren's friends are more mixed. It's also really nice to see that Arie and Lauren are on such good terms with so many girls from his season.

Anyways, there are so many pictures and videos, so I'll be posting them throughout the next couple of days! Will also omit some things...to remain PG

Here's another summary with some added details! https://www.etonline.com/inside-arie-luyendyk-jr-and-lauren-burnhams-co-bachelor-and-bachelorette-party-in-vegas-114131

I get all updates about them here https://www.instagram.com/arieandlaurenneedsleep/?hl=en

@Shantal Thanks for the tip! I do like ordering everything chronologically for fun/OCD and having it centralized here, but that's a good resource to have!

Starting off with Thursday night...

Girls drive to LV...brace your ears for some horrific singing 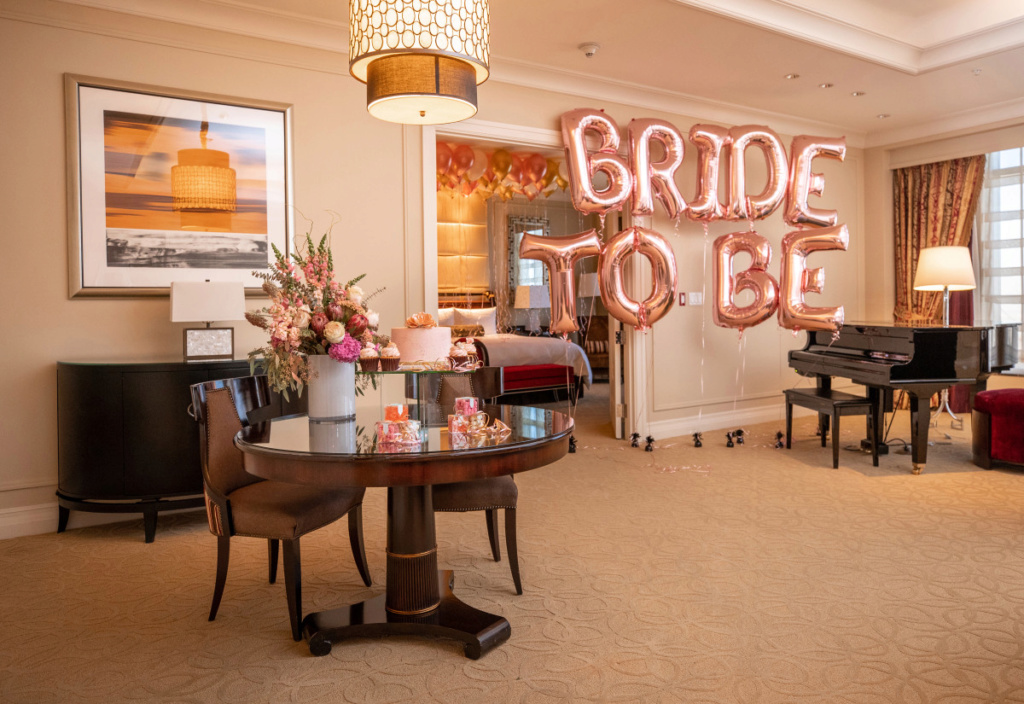 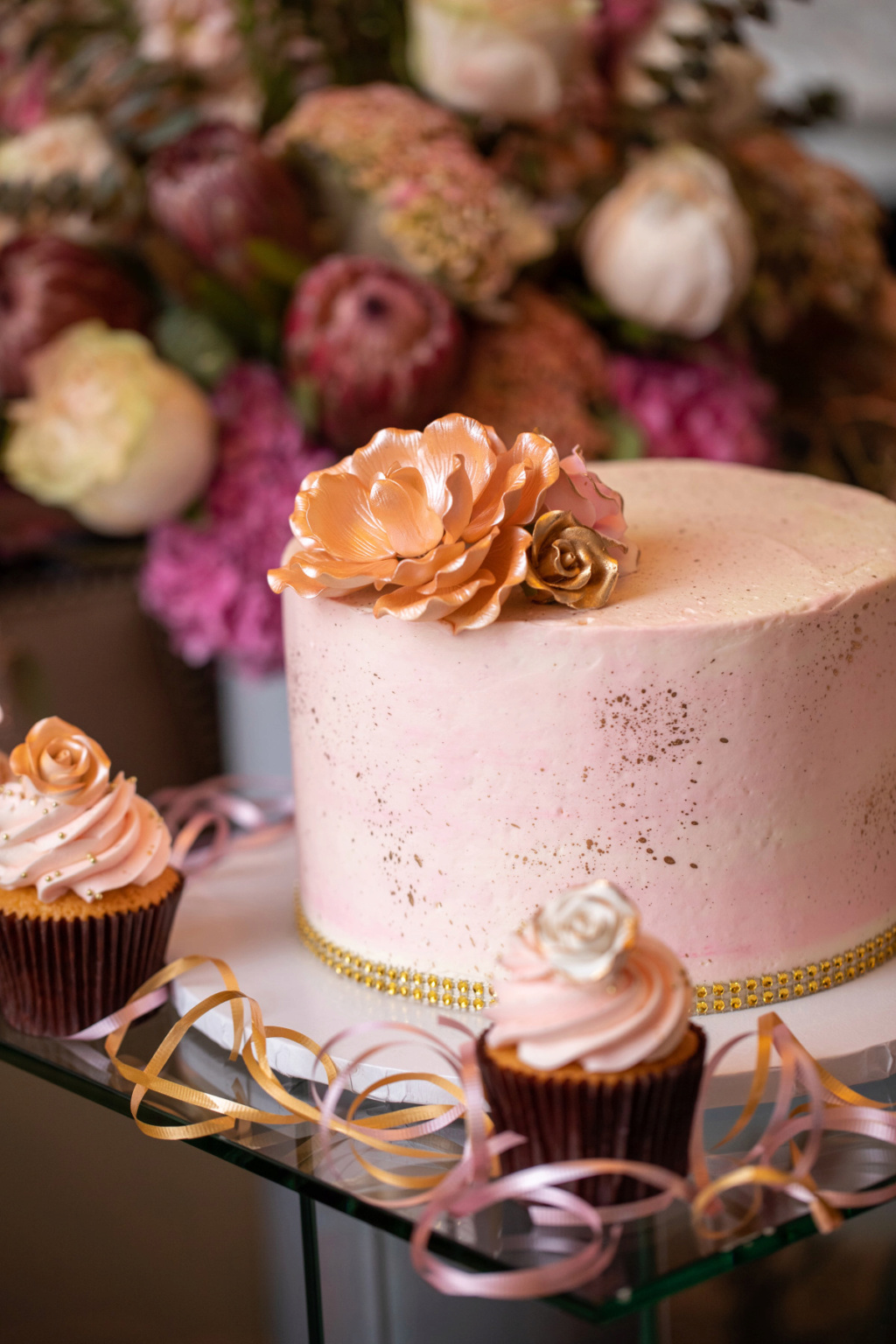 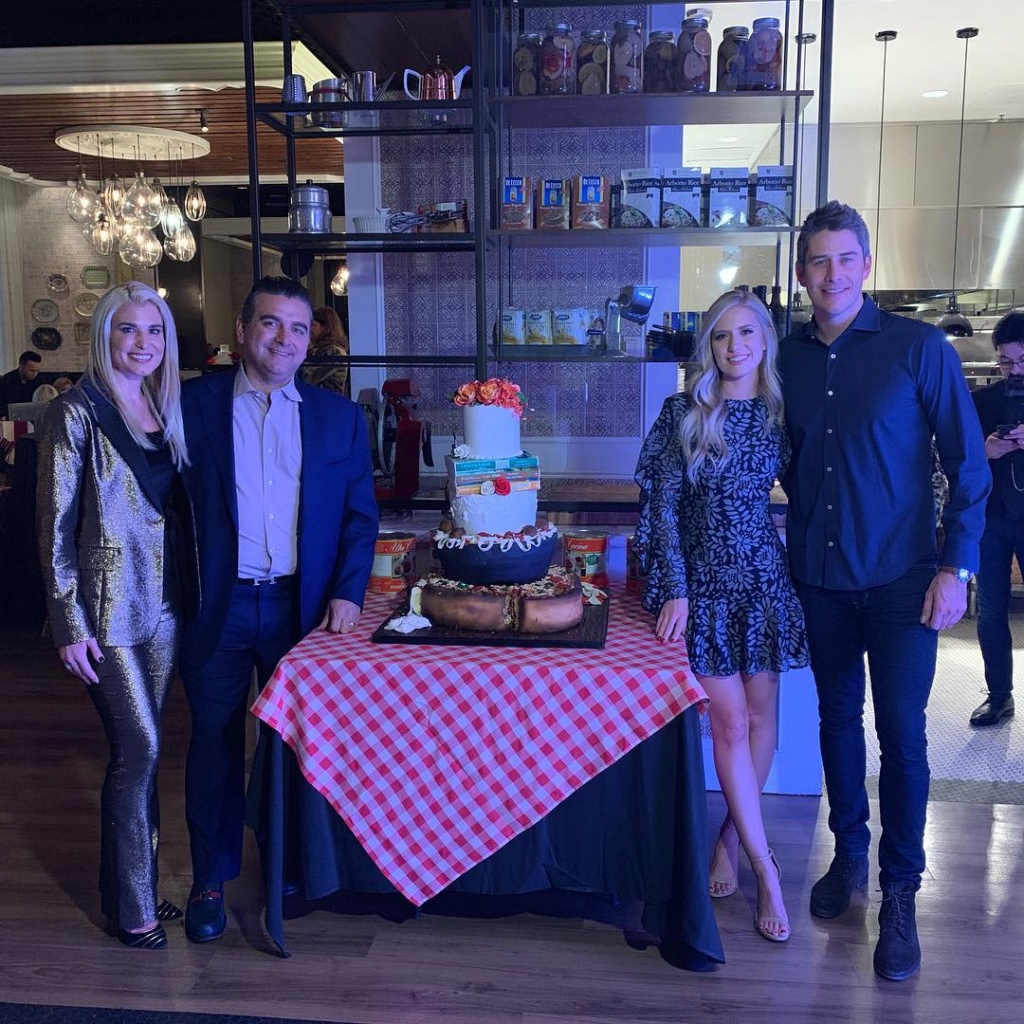 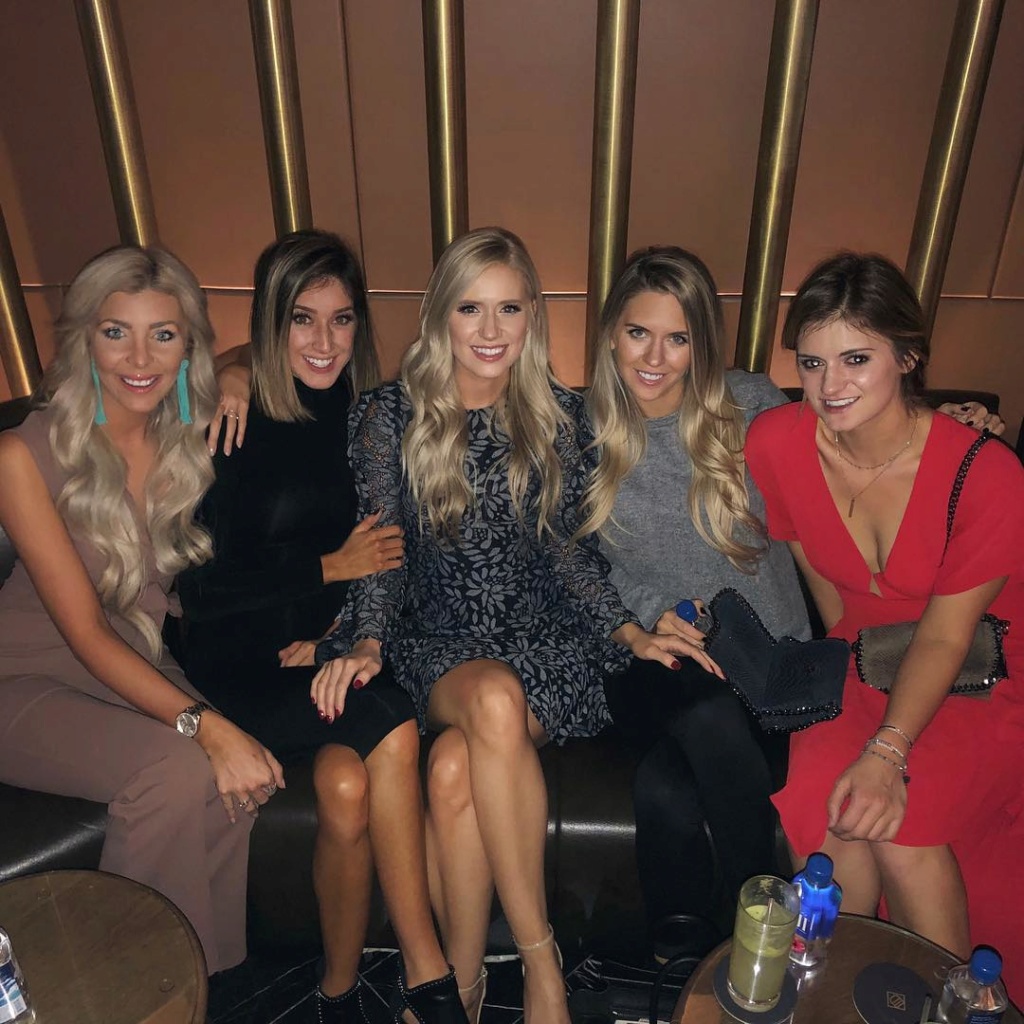 Much more to come ;)