When I got back, Lilya was at the end of her chat with mom. I guess I missed this whole meeting.

He walks her out to the car and they kiss a bit, but he seemed to spend a longer time with Sophia. I don't know what happened with Dasha. I will have to go back.

Nikita has a short chat with the folks before he leaves.

Next we see Nikita getting his video messages from the women.

Here come the ladies all glammed up. What were they saying?

Dasha gets called first. What was Nikita saying to her and about her in his ITM? She gets a rose and Sophia rolls her eyes. Dasha gives him a hug and a peck. What did they whisper to one another?

Sophia up next. What did he say to her that made Dasha look so smug and later clap her hands? The whole time Lilya is trying not to cry. No rose for Sophia. What did they talk about when he walked her out? What was she saying in her ITM and in the limo?

Lilya's turn. He pulls her close, rubs her arms and leans forehead to forehead. Dasha is rolling her eyes and the smug look is wiped off her face. What did Nikita say to Lilya? Dasha thinks that Lilya is manipulating him. What was she saying in her ITM?

Preview from next week FS. Looks like Italy. The weather is bad and both ladies look like they are arguing with him. Some hot tub makeouts, but lots of pissed off people. He proposes to one...I wish I had paid closer look to their hands. Lilya is in black and Dasha in white. Is there a pattern to what the winner wears? Dasha looks more like a bride.

At the AFTR Nikita's parents are there. What did they say?

Dasha is first on the hot seat. They showed her time with the old man who was cooking with her. The kept replay a phrase that she kept saying...What was it? It made her cry and mama was not too happy looking! What was Dasha saying about 3 months and the rest of it. Mama said something after and Dasha seemed to calm down somewhat. What did mama say?

Next up is Lilya. What did they discuss with her and what did mama say to her? She seemed a lot happier than Dasha during her time on the couch....at first. What did mom say to get her to start crying? What did Lilya then answer to one of the experts to explain the tears?

Finally Sophia's turn. She has dyed her hair dark. What did they say to her? Mom was getting teary watching back what they showed of their meeting. I think despite everything mom liked her. Mom and dad are holding hands. Sweet. Mom called her a "prekrasna djevojka" … beautiful girl. Dasha and Lilya don't look thrilled. What else did mom say and what did Sophia say?

What was that bit that they showed on the AFTR that we didn't see in the episode? … the bit with the film. What were they saying there? Dasha and Lilya did not look happy.

What did the experts tell Sophia and what did she answer?

What did mom and dad say at the end?

Obviously I don't know the ending here, but watching that, Dasha and Lilya both looked absolutely miserable. Despite being dumped Sophia looked happier and more gracious than those two. I don't know, I can't really get behind either of them.

Thanks for the recap @Sprite 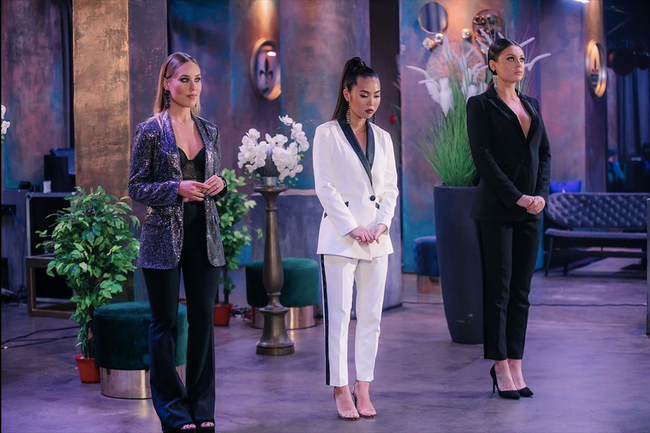 @Sprite wrote:First meeting the folks is Sophia. Mama doesn't look thrilled and pulls her aside. What were Nikita and his dad talking about while they were gone?

Nikita's step dad asked him if Nikita had a conversation with Sophia's mom and what she said. Nikita said that her mom was worried about her future and needed somebody to take care of her. And he said that he didn't mind to support somebody, but couldn't be a father for her.

@Sprite wrote:I think mom asked Sophia about kids and seemed to warm up after the answer. What did she say that made mom hold her hand? Clearly it was what she wanted to hear since she started crying.

Mom asked Sophia wat was love for her. Sophia said that love was when you felt like giving and wanted to do it. Mom started crying and said that it was unexpected, nobody ever gave right answer to that. Then mom asked her if love was a feeling or a decision. Sophia told her that it was a decision and mom was shocked that she was right again.

So Dasha is f1?? Did I see right on her ig that they are engaged??

@LeapofFaith wrote:So Dasha is f1?? Did I see right on her ig that they are engaged?? 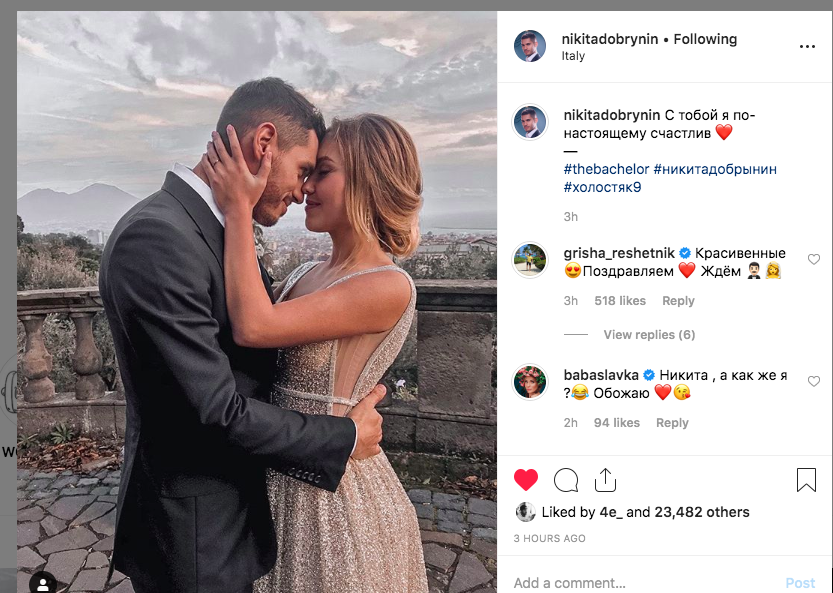 Wow that’s awesome!!! I wonder if they are still together?? I honestly thought lily was going to be f1...now I need to watch the episode

@LeapofFaith wrote:Wow that’s awesome!!! I wonder if they are still together?? I honestly thought lily was going to be f1...now I need to watch the episode

Ditto.  Did not watch because I thought Lily was F1 and could not see it with her drinking and jealousy.  Definitely watching when I can.

This is great! The spoiler was wrong, which I am happy about