TWO MEN’S CRITICAL INJURIES AND ANOTHER EXPLOSIVE SECRET BRING CHAOS TO
THE HOUSE AND BECCA’S DREAM OF FINDING HER SOUL MATE,
ON ABC’S ‘THE BACHELORETTE,’ MONDAY, JUNE 11

“Episode 1403” – Becca looks to recover after last week’s drama as she takes six gentlemen on a spa date, where they unexpectedly must offer the services to some of the Bachelorette’s close friends from the most recent season of “The Bachelor.” Chris joins Becca at the iconic Capitol Records studios where GRAMMY Award-winning artist Richard Marx not only sings to the couple but tasks them to write heartfelt lyrics about each other. One hopeful bachelor has a freak accident which could have terrible consequences. A group of men meet Becca at a football field to run drills with professional Legends Football League stars and then play a lively game. Former NFL star Keyshawn Johnson joins Chris Harrison for the play by play until a devastating tackle ends the fun and games. The injured suitor will need to make a decision that will impact not only Becca but the rest of the house, on “The Bachelorette,” MONDAY, JUNE 11 (8:00–10:01 p.m. EDT), on The ABC Television Network, streaming and on demand.

Becca has a surprise for six men as she takes them to a spa where they will need to pamper Tia, Seinne, Bekah M., Caroline and Kendall from the last season of “The Bachelor.” One dashing man has the jitters: He had a relationship with one of these women who is close to Becca. Will it put an end to his chances with the Bachelorette? Two bachelors have a face-off at the after-party, arguing about one man’s questionable dating history. One lucky bachelor overcomes his dating past to capture the group date rose.

Lucky Chris gets the only one-on-one date of the week. He and Becca meet GRAMMY winner Richard Marx, who serenades the pair with his smash ‘80s hit “Right Here Waiting.” But when he asks them to write their own sincere lyrics, Chris gets writer’s block. With Becca’s help, Chris becomes inspired and Marx creates a song with both of their lyrics. But will the emotional night end with a rose?

One bachelor suffers a serious injury in a fluke accident overnight, leaving the rest of the men shaken. However, 10 men must motivate themselves to confront each other on the football field. Legends Football League superstars Malissa Miles and Dina Karwoski run the guys through drills until Becca reveals that they will play a football game rooted on by raucous fans. Popular former NFL star Keyshawn Johnson and Chris Harrison follow the action as the winner of the fierce contest will walk away with the MVP (Most Valuable Partner) Award. One man’s desire to excel turns into a stunning injury as Becca looks on in disbelief. Later, a few of the guys make great strides in deepening their connections with the Bachelorette, but a surprise return by one of the bachelors throws cold water on the men’s confidence.

One of the injured men faces a serious medical diagnosis and he must make a life-changing decision. Will he stay and fight for Becca’s heart or leave her in tears?
Becca’s 18 suitors are:
Blake, 28, a sales representative from Bailey, Colorado
Chris, 30, a sales trainer from Orlando, Florida
Christon, 31, a former Harlem Globetrotter from Los Angeles, California
Clay, 30, a professional football player from Chicago, Illinois
Colton, 26, a former professional football player from Denver, Colorado
Connor, 25, a fitness coach from St. Petersburg, Florida
David, 25, a venture capitalist/chicken from Denver, Colorado
Garrett, 29, a medical sales representative from Reno, Nevada
Jason, 29, a senior corporate banker from Buffalo, New York
Jean “Jean Blanc,” 31, a colognoisseur from Pensacola, Florida
John, 28, a software engineer from San Francisco, California
Jordan, 26, a male model from Crystal River, Florida
Leo, 31, a stuntman from Studio City, California
Lincoln, 26, an account sales executive from Los Angeles, California
Mike, 27, a sports analyst from Cincinnati, Ohio
Nick, 27, an attorney from Orlando, Florida
Ryan, 26, a banjoist from Manhattan Beach, California
Wills, 29, a graphic designer from Los Angeles, California

Hosted by Chris Harrison, “The Bachelorette” is a production of Next Entertainment in association with Warner Horizon Unscripted & Alternative Television. Mike Fleiss, Elan Gale, Bennett Graebner and Nicole Woods are the executive producers. “The Bachelorette” is broadcast in 720 Progressive (720P), ABC’s selected HDTV format, with 5.1 stereo surround sound. This episode carries a TV-PG, L parental guideline.

2018 American Broadcasting Companies, Inc. All photography is copyrighted material and is for editorial use only. Images are not to be archived, altered, duplicated, resold, retransmitted or used for any other purposes without written permission of ABC. Images are distributed to the press in order to publicize current programming. Any other usage must be licensed. Photos posted for Web use must be at the low resolution of 72dpi, no larger than 2×3 in size.

For more information on “The Bachelorette,” visit abc.com.

So we may get a Tuesday episode next week if the NBA finals goes to game 5.

@umngirl wrote:So we may get a Tuesday episode next week if the NBA finals goes to game 5.

I looked earlier today and the ABC website has it airing on Tuesday already. 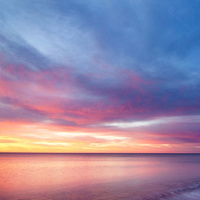 Some pics of the football date are up....i am so sad Clay gets injured

IMO he would have made it to f4 and next bach

I do believe in hope and positivity. If TPTB were truly inundated with clay fans and clay wanted the gig, he could be a contender.

Evidently 1 guy does not get a date this week... There are still 18 guys left. 10 on football date, 6 on spa date and 1 individual date... equals 17. Between Ladybug's screencaps and the press pics, Nick is not shown on either date.

Am I selfish to want GS to sweep the NBA series just so I have my regular Monday night Bachelorette session? Mondays are not fun to begin with and this show/forum helps make the day more enjoyable. Plus, I'm just impatient.

'The Bachelorette' Sneak Peek: One Man Is Rushed to the Hospital With 'Blood Everywhere' (Exclusive) 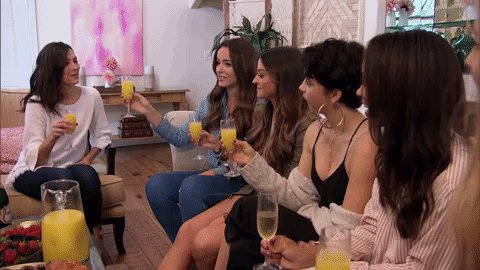 The Bachelorette @BacheloretteABC
Raise a glass to #NationalBestFriendsDay! Becca's BFFs will be joining her on #TheBachelorette this week! pic.twitter.com/cXWQPdWvmq 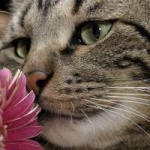