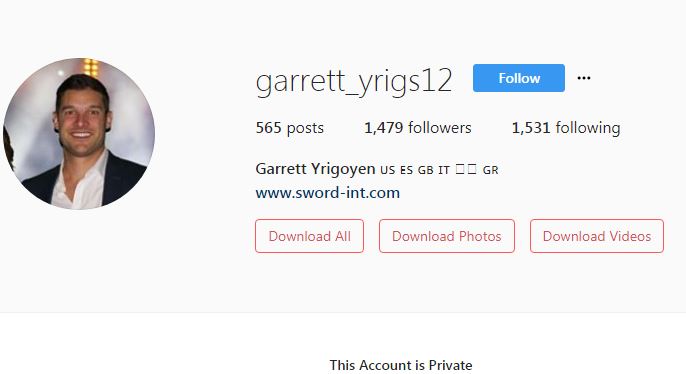 
He or someone found the time to remove the link, 12-15 hours or so after the FRC. If he thought that was enough, he's got another thing coming.

I will never look at his IG so thanks to those who are posting his SM activity.

I personally wasn't comfortable seeing the vid when he grabbed her head and went for the kiss during the concert date, and that was before I knew anything about him other than the sword link. I found that to be far to aggressive from someone you hardly knew, and in public. To me that would have made me very uncomfortable.

Thank you, GA! What the heck? Is that his company? Why was it in his bio?

I have been skeptical of this guy from night one. Now this. My instincts have been seemingly spot on.

@Aria wrote:One of his family friends posted in a FB group that she cheated. It's definitely not 100% confirmation or anything, but it's also more than speculation, IMO.

If this did happen, then I think it's commendable that is wasn't mentioned on the show.... people have blamed Garrett for his vagueness but this would make sense as to why.

I've stated earlier, I don't like speculating about past relationships of any contestant, as the other party did not sign themselves up for a reality show.