@Bobette wrote:I'm willing to "bet" Sportsbet will be on the money once again.

In fact it's more suss than ever this season IMO because they somehow knew to add "Final contestant not accepting will be settled as winner", yet Taite's reluctance to commit isn't something you could glean from a few long-lens paparazzi pics.

@Popcorn For All wrote:Sundy you and I had doubts all the time because of episode 1 and also because you were aware that this year Sportsbet was wrong. I am so happy that I didn't let myself influence by the odds. Whatever happens tomorrow will be fine, but at this stage I cannot imagine Taite as the winner. He is also going to reveal something else, apparently... @sundy don't you think sleuthing is more enjoyable knowing that the betting agencies cannot be 100% trusted? In the end I saw no reason not to see Taite on episode 1.

Unless Ali chooses Todd (which IMO she won't) Sportsbet are correct.

Even if Taite turns her down, they are still correct because of this clause:

Final contestant not accepting will be settled as winner

I already moved on, Bobette. With all due respect, I still don't think you have fully apprehended the points I was  trying to convey but I have written pages on it which you can read again if you wish and I have said enough so this will be my last post in this thread: I never said that Sportsbet  or any agencies don't know what,  I however did say is that I will never ever trust a betting agency 100% for there is always always room for error. Moreover I am certain (I know for a fact) that betting agencies (not just Sportsbet) and TEN are not in this together but people here in the forum and viewers are obviously entitled to think differently that is their prerogative. The fact -proven- is that TEN hired a team and opened an investigation on betting in concomitance with the Government which is now still investigating this issue. It has been in the news several times,  and I met someone who is part of the investigation, so this isn't just my opinion. This forum establishes that what we don't know should be expressed as IMO when it is not a proven fact, so here is my opinion: Most of the times betting agencies know but there are different reliable sources to found out their information because imo betting agencies would be ridiculously stupid  if they commited  a crime and risked their reputation in order to make menial sums of money for a stilly TV show.

Anyway I am going to enjoy the show and sleuthing without focusing on Sportsbet, if I was merely guided by Sportsbet I wouldn't be sleuthing just checking Sportsbet and taking the outcome for granted and I do not want to do that because that is not fun, and creates bias. I hope my argument is clearer now. I will not be back to discuss this for I have discussed this enough so I am leaving this thread. Cheers! 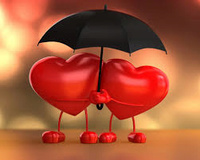 Reminder: there is to be no baiting or negative posts towards other members for their opinions. No use of "you" in a negative way or to argue. We are here to sleuth and discuss the show and things related to the show, not other member's opinions.


Regarding Sportsbet: everyone is allowed to sleuth as they see fit and not be questioned for what they use to sleuth or how they sleuth. Please keep posts on the show and not other members. Thank you

To clarify something about sleuthing and Sportsbet odds.

Before this season even aired and before Sportsbet put out their odds for the contestants, @Bobette had sleuthed and saw Taite as F1 and I locked in Taite for F1 before any odds were released for Taite. Even with the doubt and F1 patterns for Todd, I have always stated they are using these patterns differently this year and will soon find out if this is the case.

These things aren't mutually exclusive from one another and I always ensure that the odds (max losses etc) are supporting the sleuthing and not the other way around. Sportsbet like any other spoilers are there to support the sleuthing imo and can be believed or not.  Regardless, sleuthing is always foremost.

Whether one believes TEN is in bet with Sportsbet or not (and if that means a source someone linked to the show somehow even), it's the discussion and shared sleuthing and opinions on the show that make it fun

Looking forward to the finale

IMO not only are Sportsbet and TPTB in bed but they don't even try to hide it when they have fine print like this practically admitting they know the result:

Regardless, identifying the winner is only a small part of sleuthing for me - finding locations and contestants, predicting storylines and edits - all great fun!

identifying the winner is only a small part of sleuthing for me - finding locations and contestants, predicting storylines and edits - all great fun!

It's all the other fun stuff, seeing all the puzzle pieces coming together and like you said, contestants, locations, storylines, edits, and what DM is going to steal from the forum

It's all good fun, and to borrow a cliche from this show, about the journey and sleuthing and sharing discussion with each other