We are now seeing the true Becca. I had a differing opinion on who she was than many people. What we are seeing now is what I was seeing.

Just by looking at her IG I could tell that she loves the outdoors and activities that go along with it. She also referenced several times that she was in her happy place when she was near a lake. In one post about her dad she mentioned the fact that he taught her how to cast a line. So when Garrett was showing her that on the first night of filming, I knew that was one reason she was drawn to him. Although she did play along and pretend not to know... bet he was surprised when he learned more about her!

She said post filming that she found her missing puzzle piece. I truly do think she was right.

Look at her out there with her waders on.

In September I read this quote from her in this article and I knew that she would embrace Garrett's interests because it's what her dad enjoyed, she experienced and just the way of life where she grew up in Minnesota.

In Blake’s hometown episode, he took you through his high school, where a school shooting took place. After seeing that, are you passionate about preventing gun violence in Minnesota?

Yeah, I think it’s an issue in this country. My dad took us hunting all the time. He owned a shotgun and he believed in owning them and being very safe and secure and knowledgeable. I think there needs to be a larger story about gun rights and the people who have access to them. But I’m also a Minnesota girl at heart, and if people want to go hunting, they should be able to do that. Clearly, it’s still a conversation, and we need to figure it out

Do you guys happen to know the exact date of their engagement?

I believe May 23 because that’s when the person who sold the spoiler pics to TMZ emailed reality steve.

@wishesfireworks wrote:I believe May 23 because that’s when the person who sold the spoiler pics to TMZ emailed reality steve.

Earlier than that. Becca posted a photo on IG on May 16 of her returning from filming. And they would have already spent several days together post FRC.

According to the TMZ article with the pics of their engagement, it was May 10.

It gives me smile every time I look in their IG how they compliment and enjoy each company. I'm looking forward to their future together and hoping they married next year and start doing whatever they want to do or passion in their respective career.

@Jane781 wrote:According to the TMZ article with the pics of their engagement, it was May 10.

Becca said they stayed at the Maldives for 4 days post-engagement. So, if she posted on 16th, then 10th May seems like a probable proposal day.

I wonder when they will go back to Thailand since they got gifted a trip back there. Would be cool if they went there for their 1 year engagement anniversary imo.

@wishesfireworks wrote:I wonder when they will go back to Thailand since they got gifted a trip back there. Would be cool if they went there for their 1 year engagement anniversary imo.

I agree. And they can go to nearby countries.

Well Singapore is small country but it's a good place to add in their trip. It's just more expensive here compare to other nearby countries.

At the Broncos vs 49ers match on Sunday 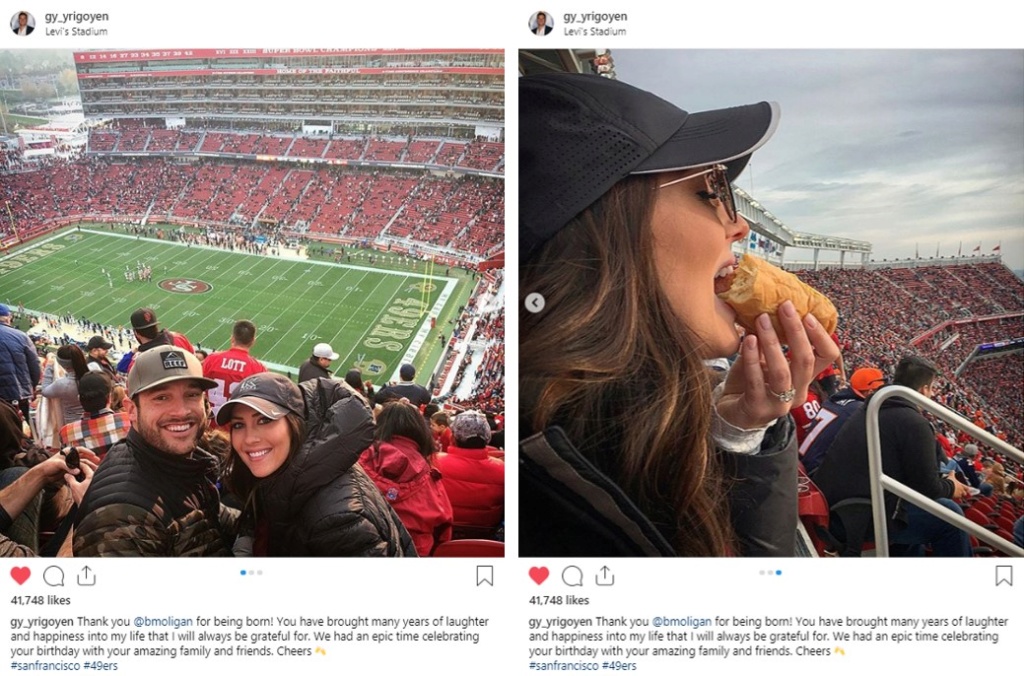