I heard Fitzy and Wippa interviewing Angie tonight, and they asked when filming was going to start and she said June, so it doesn’t look like the filming schedule has been changed or moved up to accomodate Osher’s paternity leave as we were speculating.

Ch 10 is definitely promoting The Bachelorette this year. Also they are trying to get the right guys to apply.

@Enough wrote:Ch 10 is definitely promoting The Bachelorette this year. Also they are trying to get the right guys to apply.

Well they need to hype something because interest in BiP seems LOW and not just around here - DM's only had a handful of articles in the past week, most of them have zero comments on them and the ones that do basically say "yawn".

I notice Angie said they jumped on her straight from IACGMOOH which explains why there was no advertising for girls - good to keep in mind for future seasons when a Lead is preselected.  They must have been watching her Save votes carefully.

@Dirty Street Pie - Interesting that filming is starts in June.  Ali's season started 20/21 June and Sophie's around the 17th, so perhaps they will start the first week in June and still be 2-3 weeks ahead of schedule to give Osher an early finish?

Pretty sure these numbers are meaningless considering they're still casting but posting for the record.  Haven't seen black hair at the shortest odds before so that's interesting.  Maybe they've already locked in some super hot Asian guy (DIVERSITY!!!)

Really interesting interview.  Angie's a smart woman IMO and I agree with her comments re: marriage, kids & timelines.

She's not keen on Todd, and doesn't want Justin to be there (which makes me think TPTB will want to make that happen...)

With filming set to get underway soon, it's clear Angie's journey on The Bachelorette Australia will differ to that of her predecessor, Ali Oetjen.

Unlike Ali – who was clear about her desire to settle down and have children as soon as possible – Angie says she isn't "a timeline sort of girl".

"I'm a big believer in everything happening at the right time," she explains. "I'm not set on getting married, but if I meet the right person and they're keen, I could maybe change my mind.

"I definitely want kids, but I don't have a timeline on it. You can't put too much pressure on these things."

Single for eight years, Angie says she doesn't have a "type". That said, her Mr Right does need to have a sense of humour and, ideally, have a different cultural background.

"I love culture – that's what I'm looking for," she says. "I'm generally attracted to mixed-race guys, but I don't want people to think I won't date white guys.

"I want there to be a variety of people; I don't want an all-white cast – that's not what I'm into."

While seeing a more diverse line-up of suitors in the Bachie mansion is a big plus for Angie, there's one person she doesn't want to see walking towards her on the red carpet: her I'm A Celebrity... Get Me Out Of Here! co-star Justin Lacko.

"I believe that Justin would never walk down the red carpet," Angie says. "I think in the beginning of the jungle he might have been… He could have said he would do it. But now I think he sees me as I see him which is a jungle brother and sister."

Another famous face Angie doesn't expect to see is last year's runner-up Todd King. Though Todd said he'd be keen on Angie's season of The Bachelorette, she's not quite convinced.

"I think he's only saying that because he didn't get picked, so he's salty," Angie says. "Of course he's going to be like oh yes!"
She also admits that Todd isn't really her type.

"He's lovely but I think he might be too... I don't want to say too sweet because I don't want assholes," she says. "I need someone who can take control but is open to also letting me say my piece too. Cos let's face it, you know I love to say my piece."

The producers are so keen for this romance. - by Chloe Lal

Ryan Gallagher might not have found love on Married at First Sight, and he's rejected their spin-off Married At First Sight Honeymoon Island - but he's still willing to find love on TV.

Rumour has it that he's well and truly smitten with Angie Kent.

And he's going to go on The Bachelorette.

New Idea have reported that Ryan, who was “married” to Davina Rankin on last year’s MAFS, believes the new Bachelorette Angie Kent is the one.

“He’s waging a one-man campaign to get himself on the show,” says a source working on the show.

New Idea dished that the pair met before at a party after Angie returned from the I’m A Celebrity… jungle.

After chatting, they swapped numbers and exchanged texts.

“Angie liked him, but clearly not as much as he liked her,” said a source on The Bachelorette.

According to pals, Ryan is grateful to Angie and her TV partner, Yvie Jones, who were on Gogglebox last year, for slamming Davina’s behaviour towards him.

In a tweet they labelled Davina “the biggest s--t-stirring, attention seeking, home wrecking, narcissist, real life character that I’ve ever seen on TV.”

“It’s true love from his end,” says the TV source. “Just not sure she feels the same.”

Perth actor Troy Coward could be set for a spot on reality show The Bachelorette, after a nightmare seven years in which he was at one point a suspect in a beheading at his East Perth apartment.

Confidential can reveal the former boxer and roof restorer was spotted auditioning for The Bachelorette at hotel QT Perth on Monday.

Coward was one of about 10 Perth men who were short-listed, following a Skype interview, for the show which starts filming next month and will feature Gogglebox star Angie Kent as the Bachelorette.

Coward is no stranger to drama. His East Perth investment property was the scene of a grisly murder in 2012, when drug dealer Stephen Cookson was shot and dismembered before his severed head washed up in a bag on Rottnest Island.

Coward has been fighting for compensation for six years and claims the fallout cost him more than $1 million. 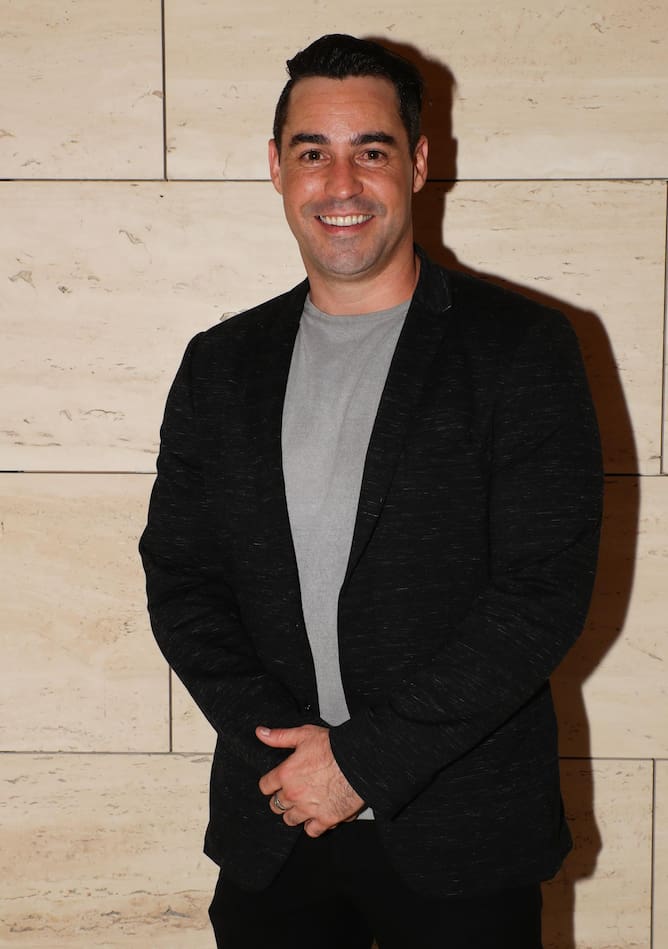 Daily Mail clueless once again, asking why Bette hasn't started filming yet.  Umm... maybe because Osher and the entire production team are currently filming the finale of Bach and probably aren't even in the country?

Why haven't they started filming yet? New Bachelorette Angie Kent escapes to Byron Bay on a 'health retreat' - as the search for male suitors continues

As of last month, The Bachelorette producers were still on the hunt for contestants - even though filming is just weeks away.

And it seems production is still yet to begin, with Angie Kent spotted on a 'health retreat' in Byron Bay, NSW on Wednesday.

Bachelor in Paradise star Bill Goldsmith shared footage of Angie in a café after they bumped into each other in the hippie coastal town.

Honestly, some of these "journalists"...

Angie's first night must be nigh. I haven't really been paying close attention to her SM, but she usually posts IG stories. None in the last 24 hours or so. Do they have a specific day of the week for the start?

I agree @Agent99 things should kick off any day now.  I think Osher's baby is due late August so they'll be wasting no time getting started IMO.

I wouldn't be surprised if they start 2 weeks early with the aim to finish mid Aug.  Bringing over a summary of Ali's filming schedule for comparison:

Can't wait to get the first pics of Angie's MEN!  Hopefully the paps might be a bit more generous with their pics than they were during Matt's filming

@GuardianAngel, Could you please set up the other threads we will need (filming schedule, betting odds etc?) At the moment we only have this SM one.

No IG stories from Angie in the last 24 hours, and didn’t notice any over the weekend either, IMO filming has started. Hopefully some pap pics coming soon, even if they’re a bit stingy later on, we usually get some night 1 pics.

@Dirty Street Pie wrote:No IG stories from Angie in the last 24 hours, and didn’t notice any over the weekend either, IMO filming has started. Hopefully some pap pics coming soon, even if they’re a bit stingy later on, we usually get some night 1 pics.

IA @Dirty Street Pie, Angie's most likely in the mansion and filming is imminent IMO.

The weather forecast suggests Tues/Wed nights would be good (though COLD!) for filming the first night intros & CP.

We need someone to post a realtime pic of Osher.  If he's clean shaven it's game on. 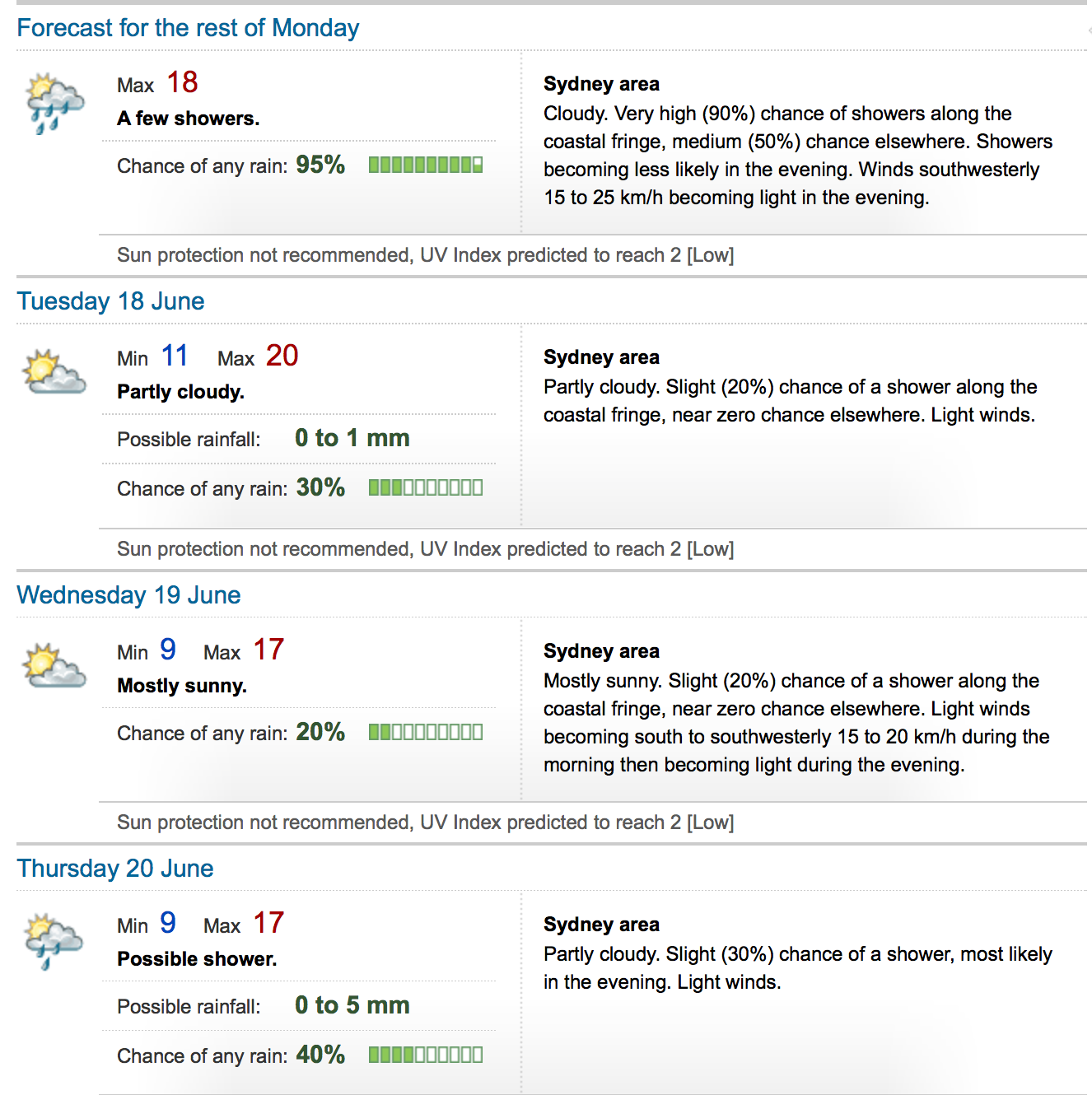