Both got the Ep4 and Ep7 ID as well. New trend.

I’m feeling somewhat inv step in Hannah and Tyler, but I keep wondering if RS maybe got it wrong and she’s with no one?  Tyler is involved in so many twitter exchanges including one now with Jed. Links are below.  There’s other threads if you go go Tyler’s twitter but here are a few.  Something feels odd about all this to me so Im wondering what others think.

I just think that Tyler and Jed formed a genuine bond and friendship. It seems like those two along with Dylan were super close.

Jordan and Robby were actually somewhat similar to this in the early weeks of the show airing. They posted pictures of each other and would tweet at each other. It eventually stopped. I’m not sure if it was because as the episodes went on it got more awkward for Jordan or if he eventually just realized Robby wasn’t someone he was going to be friends with down the road. Probably the latter

Arie and Jef were also very tight throughout filming up until Sean’s wedding. It happens. Based on Jed’s response to seeing Hannah in that awkward situation with Luke, he just appears like a really calm, easy going, mature dude. Perhaps that maturity has just carried over to the present situation and Tyler and Jed are just able to remain friends.

My hypothesis for the season (sooooooo early and who knows), that the REAL competition for Hannah’s heart this season comes down to Luke vs. Tyler.  In a lot of ways Jed actually reminds me of Jillian’s Kiptyn so far. A nice dude, super calm, but also kind of detached from the situation.  I think both Peter and Jed are probably just nice guys she gets along with (Jed makes her feel calm). But the real story and arch for the season will ultimately come down to Tyler vs. Luke.... and whether Tyler can overtake Luke running out the gate. Just my early prediction.

Not sure where to post this so apologies if in the wrong place. Hannah on Instagram night video with family is wearing a Greek eye pendant. It protects agains unknown ‘evil eyes’. If u have been to Greece it is extremely popular. it is Something to keep a lookout for. May have been a gift from family or f1?

Wow, great catch @Loulou, hope you don't mind but I grabbed a pic of it.  It's very pretty, it's unique!

OOooh. Hope it was a gift from her F1.

If someone has a sc of Hannah on the plane with her snuggle animal could they pls have a look and post if agree as imo Hannah is wear the Greek eye necklace. If it’s the same then not a gift from parents unless gave it to her at mtp. Ta

@Loulou wrote:If someone has a sc of Hannah on the plane with her snuggle animal  could they pls have a look and post if agree as imo Hannah is wear the Greek eye necklace. If it’s the same then not a gift from parents unless gave it to her at mtp. Ta

Unfortunately, this is the only SC that I know we have, but she is wearing a necklace. 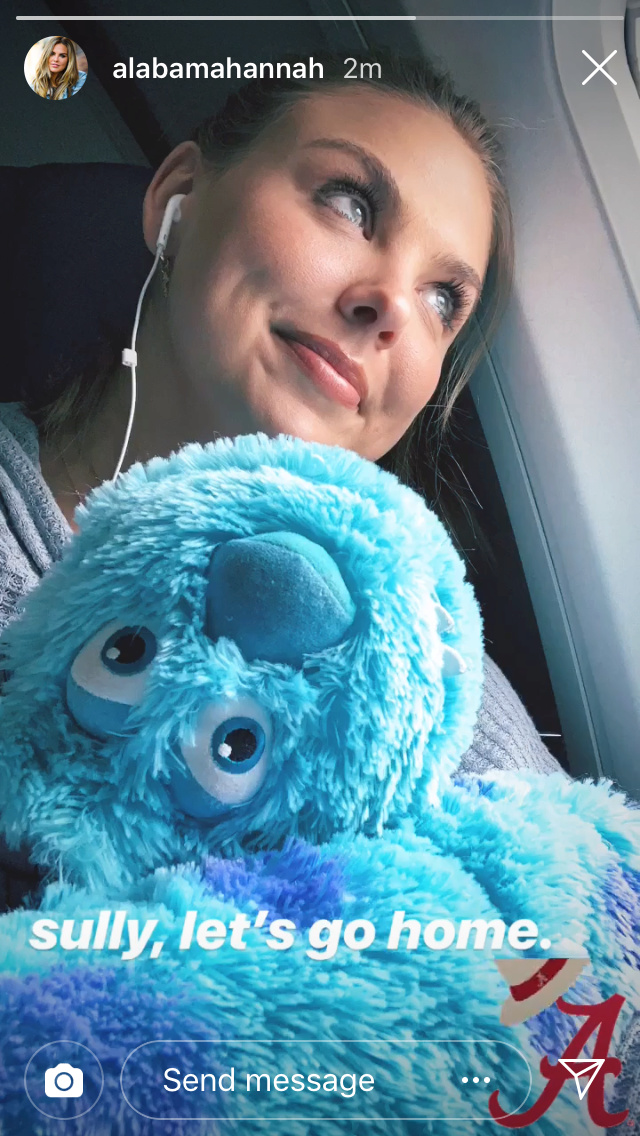 Thanks @alwayscooking. Imo looks like the necklace - fine gold and sits same place on her neck? Still no evidence from f1 but feel if wearing before seeing her parents this weekend less likely from them Do parents give gifts at mtp? . The Greek eye is given to ward off/protect from the unseen evil. Imo symbolic and is very Greek so something a f1 may give as a reminder.

This may be apropos of nothing but I just realized other than the Meet and Greet, the only date Luke and Tyler shared with Hannah was Episode 6 when they went to the Market. Although they likely saw each others' interactions at CPs, they only witnessed each other on a date once.