Whoa Pilot Pete... he is getting so much love on SM. Our dark horse...let’s go Pilot Pete!!!! He might want to move out of home soon though 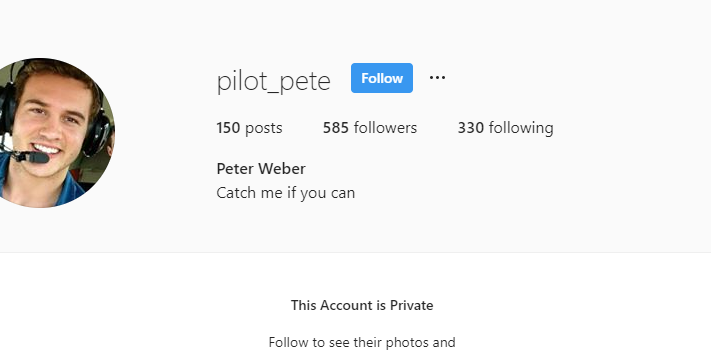 he looks so much better in his profile pic then he does in the pic for the show. 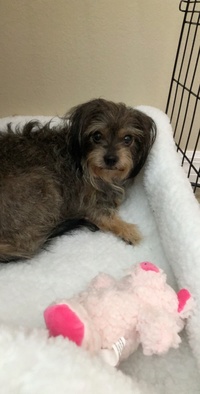 @Crazylady29 wrote:he looks so much better in his profile pic then he does in the pic for the show.

I found my favorite!

Count me in the Fanclub as well! What a cutie, If he doesn‘t win we can have another „On the wings of love“ bachelor season!

I love Peter! I hope he is the next bachelor!

This is posted in SC thread last night because this thread was locked.
Take it with a grain of salt

@Hawaii Girl wrote:Posting this here because the SM thread is still locked... I knew I was wary of the Peter hype for a reason

According to a user on Reddit they went on a holiday to Switzerland together and there's screenshot proof that he used to follow her and a photo that they're tagged in together. And he's been liking a lot of 'Peter for Bachelor' comments tonight

Peter Weber Quickly Becomes ‘The Bachelorette’ Fan Favorite: ‘Not to Be Dramatic But I’m Already in Love With Peter the Pilot’

Hannah B. has some competition for Peter the Pilot! Peter Weber quickly became the fan favorite during the Monday, May 13, premiere of The Bachelorette.

The 27-year-old California resident introduced himself to Hannah Brown in his pilot uniform during the first episode — much to the ABC star and Twitter’s delight!

“Not to be dramatic but i’m already in love with peter the pilot #TheBachelorette,” one social media user wrote...

A second fan posted a gif of Carrie Underwood in a wedding dress from her “Just A Dream” music video, writing, “Me when Peter the pilot came on my tv screen #TheBachelorette.”

“Me whenever I see Peter the pilot: #TheBachelorette,” a third person captioned a photo of Duchess Meghan from her May 2018 nuptials to Prince Harry.

Another user added, “I’m getting Ben Higgins vibes from Peter the Pilot and I am HERE FOR IT #TheBachelorette.”

Peter opened up about his decision to become a pilot during Monday’s premiere.

“I’ve always wanted to be a pilot, ever since I was a little kid,” he explained. ”[I’ve] grown up in an aviation family.”

Peter wasn’t the only aviator trying to capture Hannah’s heart during the season 15 premiere, however. Chasen Coscia, a commercial airline pilot, also attempted to get a rose during night one, but wasn’t as successful as his fellow flyer.

One fan tweeted alongside a photo of D.W. from Arthur behind a fence. “Chasen, the other pilot, watching Peter the Pilot stay in the mansion. #TheBachelorette...

So can we all agree Peter the Pilot for next Bachelor…?? #TheBachelorette

I thought Peter seemed nice but I'd probably have kept Chasen instead of Peter if you could only keep one pilot.