'Mate, calm down!' Fans turn on The Bachelor's Matt Agnew after he decides to create a ten-year plan with Helena Sauzier on their SECOND date

Bachelor Matt Agnew has been slammed by fans after he decided to create a 10-year plan with contestant Helena Sauzier.

On Thursday night's episode, the astrophysicist invited the blonde beauty on a second date which involved writing down their future endeavours.

Fans flocked to Twitter to criticise his approach, claiming the date wasn't suitable as the pair '[barely] know each other'.

'This is creepy as sh*t. Hello we barely know each other but please commit to a 10-yr relationship timeline,' one wrote.

'While I'm still dating 7 other girls let's try and see where we'll be in 10 years time,' another said.

''Okay I wanna do a timeline of the next ten years  of our relationship' Jesus f**king Christ mate calm the f**k down,' another said.

Meanwhile, Matt invited Helena to spend one-on-one time together and revealed the first task would include writing a 10-year plan.

'Ten years is a pretty long time so it can be a bit frightening making those kind of plans and commitments with someone,' Matt said during a piece-to-camera.

'But I can see Helena in my life so I'm hoping she can see a future together too,' he added.

After writing down his first plan, Matt asked Helena about her thoughts on relocating and travelling.

But the pressure seemed to be to much for the blonde and she walked away to 'take a moment.'

'It's a little bit scary to be honest. It's a lot to commit to one person and be like this is it we are doing this,' she said.

'I need to get out of here,' she told a producer.

@Bobette Yeah, I'm sure Matt thought up that 10 year timeline date all on his own and producers had nothing to do with it.

I'm sure most girls would have run with the 10 year concept and had fun with it. Helena is way too serious imo

@Sprite wrote:@Bobette Yeah, I'm sure Matt thought up that 10 year timeline date all on his own and producers had nothing to do with it.

Oh definitely, but then most people watching the show think that the lead choose the dates, plan the dates, and who goes on the dates when none of that is true.

@Sprite wrote:@Bobette Yeah, I'm sure Matt thought up that 10 year timeline date all on his own and producers had nothing to do with it.

@Bobette wrote:
It makes it look like Matt already has HIS future mapped out and just wants a girl to fit, rather than genuinely wanting to get to know Helena IMO.

What if one of you gets sick?  Loses your job? Or, (shock horror) can't have children?  Life rarely goes to plan and it should be the person not the schedule that's important, IMO.

I agree, this is way too much for so early in a 'relationship'.  Do plans like that ever work? 100% producer-driven drama to push the "Helena isn't ready for a commitment" storyline maybe?

Agree 100%  They never would have put Chelsea on the spot like this IMO.  Rules Helena out as next Bette too IMO.

@Sprite yep as I said in the episode thread (snipped above) "they" (i.e. the producers) wouldn't have done this to Chelsea, because they need the F1 to appear "all in" at the end and she probably would have struggled with the task too.

Having just started a new job (per her Linkedin), I very much doubt Chelsea is willing to have a baby on command in 2 yrs any more than Helena, but admitting that wouldn't fit her F1 edit so they used it to justify Helena going at F3 instead.

As @leavers says though, unfortunately the majority of the viewing public just seem to believe anything they're shown/told on this show (which also explains why we keep ending up with such terrible politicians but that's another story...

@Agent99 wrote:I'm sure most girls would have run with the 10 year concept and had fun with it.  Helena is way too serious imo

This is another sign of producer mind games IMO.  Logically, the timeline should have been Emma's date.  She probably has a 10 year spreadsheet already set up with monthly/weekly subsections.  They could have easily given Helena the aphrodisiac date instead but it suited their purposes to do it this way round IMO.

As for Helena being too serious, I think she's probably an over-thinker.  Her ATAR is very impressive, and all the people I know who are that smart are also pretty neurotic.

I agree some of the other girls would have just gone along with the task and not thought too deeply about it but that's just not Helena's nature IMO. 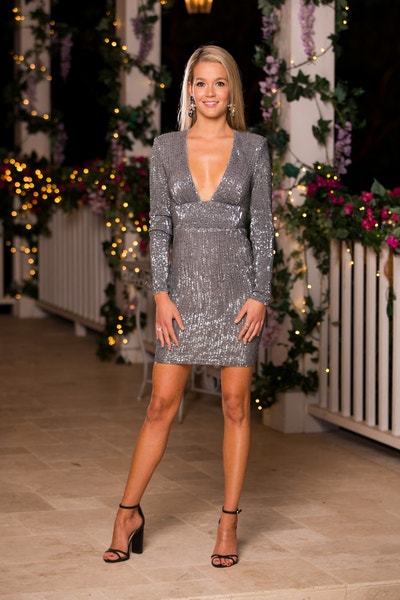 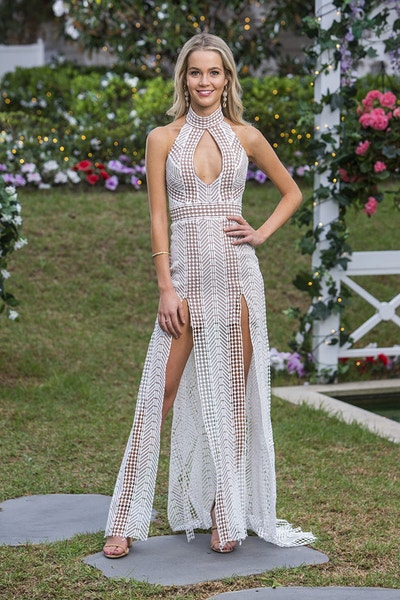 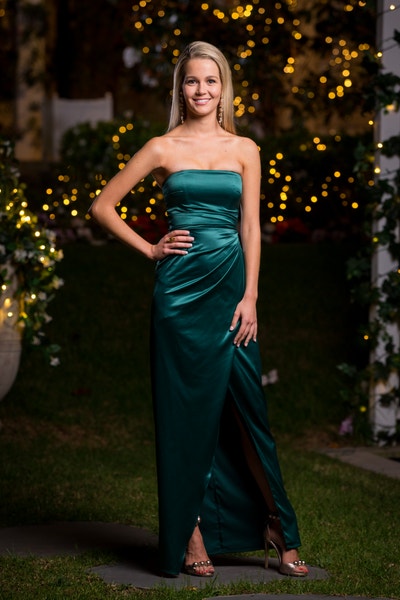 , discovering this thread on Helena now, I think this must be the right board for my reply to a post of an article from another board.

So I guess it's best to re-post this here. It's about Helena's walkout for being "forgettable".

Bachelor’s Helena says producers concealed reason for her walk out

Helena Sauzier has criticised producers for concealing the reason she threatened to exit the show twice this week.

"I don’t know how much I am allowed to go into it but he forgot our meeting on the red carpet, then he got my occupation incorrect — he asked if I was a theatre nurse and I was like, what? Wrong girl.

And he also forgot where I was from, Mauritius, and that had formed the basis of so many conversations we had over dates and stuff. So him getting three things in a row wrong — my heart kind of sank."

Sauzier will this week battle it out against fan favourite Chelsie McLeod and the shows villain Abbie Chatfield, in a bid to end up as the last one standing alongside Agnew.

"Chelsie and I are similar, so she is my biggest threat," Sauzier said.

NoT a surprise at all that Helena is forgettable to Matt. He is attracted to her, especially that shes "the type". But not really as close in connection compared to other girls.

But why is he (or the show) keeping her??? Simply, the girls who were having more connection with him (Elly, Monique, Sogand) all spoke against his FAVORITE TOY = ABBIE. And Matt is simply too carnal to let anyone ruin his time with a favorite toy.

So much for his claim of looking for a serious relationship when his head (up there and down there) are too fogged up.

So along those times, he is left with Helene and Chelsie, who may be of equal or of higher connection with him, to join Chelsie as girls of obvious high value in balancing out and maintain his image as an "old fashioned romantic Astrophysicist" amidst his distraction from his "real purpose" in joining the show.

So again, beside Elly, Monique and Sogand, Helena to Matt is obviously Forgettable, but worth keeping

Proof #1:  first single date. After their Pearl IVF date filled with sexual innuendos, which seems to be the only thing Matt remembers during hometown visit, his thoughts were apparently more on "getting to the bottom of this" regarding Monique's throw away comment -- that the date ended awkwardly with both of them running in opposite directions without even a goodbye peck at the end! Remember, remember, remember

If a guy is as interested in a girl as he says he is, he would at least forget what other girls of supposed lesser interest said about him, at that moment, wouldn't he? Talk about his reason for dumping frontrunner Elly for spending time talking against his favorite toy rather than "opening up to him", while he already did the same thing to Helena when he focused on Monique during his 1st date with Helena

Proof #2: His on cam interview - saying he really cared about Monique - and was really hurt and disappointed with what she said and her denial of it. Definitely worth spending the whole cocktail night of investigation and ruining half the supposed precious time with his date with Helena, the posh girl he's ideally expected to pursue.

Proof #3: The ear scratch during dinner with previous Bachelor couples. His excuse now that he "didn't know" he did it at all is a shallow excuse to not embarrass Helena now. But duh, he was definitely not spaced out the whole time he was given the simple instruction

So aside from the list of forgotten basic things mentioned by Helena in the Daily Telegraph article, yes Helena is forgettable to Matt. If she happened to join the other girls who spoke against his favorite toy, she would very possibly have been dumped a long time ago. But no, she's classy and much too reserved to do that, so there, Matt is battling while trying to meet his own idealization of himself to pick more good girls than bad that he and his professional life can respect.

And because there are now clearer clues that he would eventually give up his favorite toy (sorry for the sexist term but what Abbie is doing or being edited as by the show is being just that -  that girls can go a long way by just offering sex and not much else), having Chelsie being the most probable F1, the show is still not serving the viewers a good story at all this time because they focused too much on mundane stuff.

The only love story this show will prove is if Matt has indeed found his real connection when his relationship with the winner would really work for long.

So, people, where can I bet?

I'm new to betting and all, so link please!