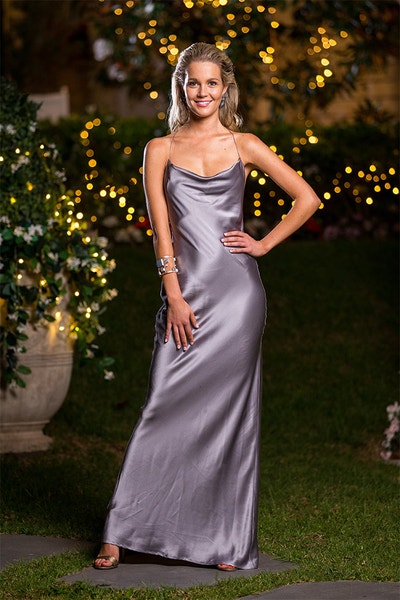 @Enough wrote:Is Helena getting the Cinderella date? Compared to Chelsie or Abbie, that is a very classy date.

Although it's a nice dress, it looks like Helena's date is just a car ride to a park and an after dark picnic.  Meanwhile Abbie gets a cruise on a super yacht and Chelsie gets a seaplane ride to Palm Beach.  IMO Helena got ripped off.

It's with a heavy heart we wave goodbye to our elegant Helena. We've loved this Bachelorette's journey. Which was your favourite moment? #TheBachelorAU pic.twitter.com/KSV7jYDax9

My favourite Helena moment was the beautiful Cinderella... OH WAIT. 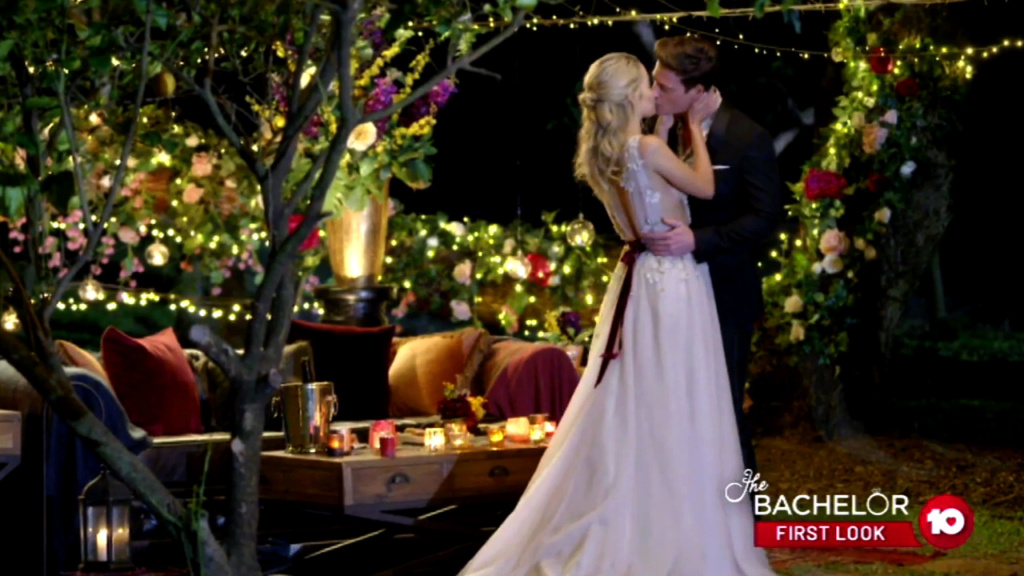 I’m really annoyed they cut this out and though Helena had to go home, I wish they had left this in.

I totally agree, it's such a shame that such a beautiful shot, that featured so prominently in the promo wasn't shown. Just another example of how poor the editing has been this year

@Zaynab wrote:For those who want to know about Helena and Matt’s date.

Helena Sauzier says she will never get closure from Bachelor hunk Matt Agnew. The Perth beauty got booted by the astrophysicist in the semi-final episode despite having their most romantic date yet. “The date was one of my more romantic dates with him. He was very romantic towards me kissing me and holding my hand,” Sauzier told Confidential ahead of Thursday night’s grand final episode. “The minute I walked into the rose ceremony I kind of knew I was going. It was a gut feeling but it was still a shock and upsetting. You never really get closure. I’m still very much single.”

Sauzier and Agnew’s relationship was among the rockiest from the season, with the health coach threatening to walk out several times.

The 25-year-old however doesn’t regret her time on the show although said she was portrayed to appear more guarded than she was.

“I regret nothing. I was a lot more open than I was shown to be,” she said. “We had quite a lengthy conversation and the way we closed things off there is a lot of love and respect.”

It’s nice to read there is no hard feelings and she left the show in a positive way and there last conversation was left with a lot of love and respect and that she doesn’t regret anything. All the best to Helena.

I'm looking forward to hearing Helena's interviews today - I found her to be very blunt/honest on the show which is my kind of girl.

We open with a flashback of Helena's HTD tantie and it's just as well I'm not playing a drinking game where I take a swig every time she says the phrase "I can't" because she says 7 I can'ts in the space of 30 seconds and by this point I'd already be too wasted to see the keyboard. 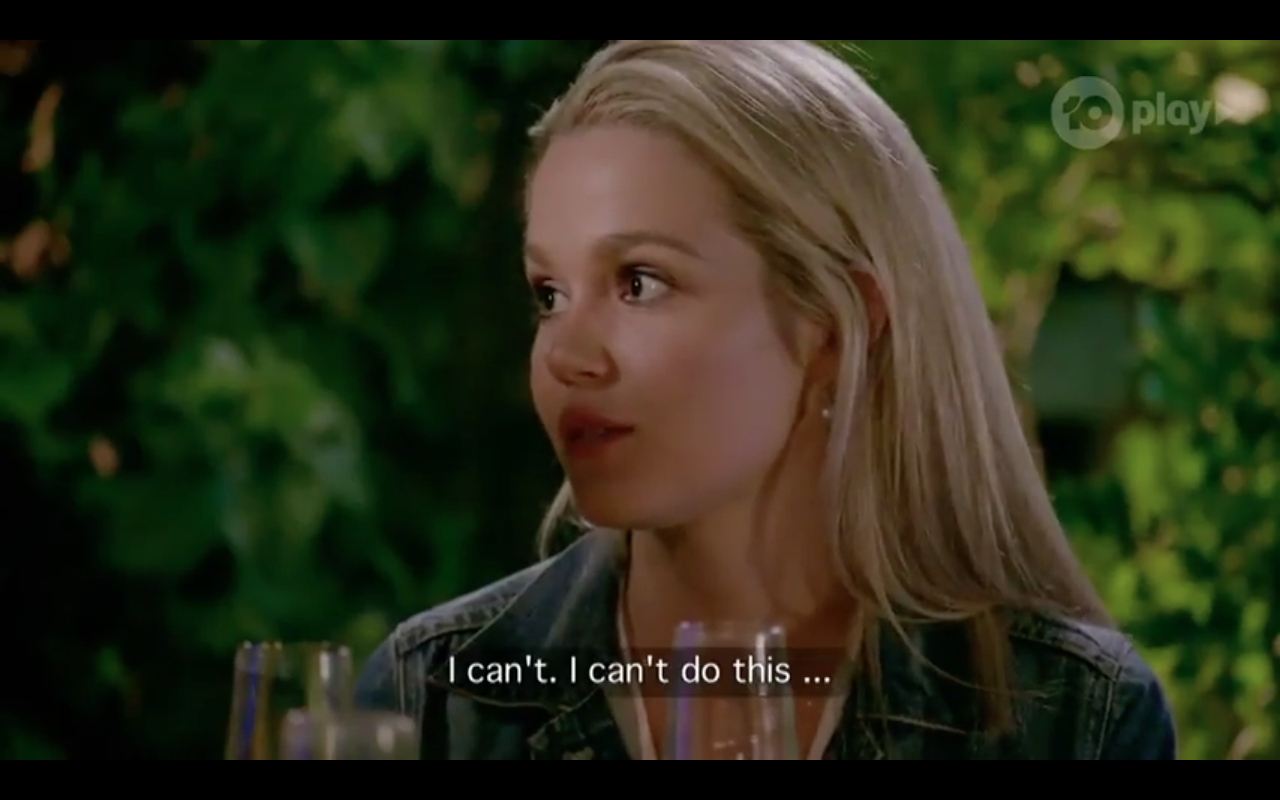 One again they flashback to Helena saying she can't (take another swig!) and then cut in a segment of her saying she likes Matt but she doesn't know how his relationships are going with the other girls and is just being realistic.

Matt picks her up in a vintage Jag and they drive to the Hawkesbury where TPTB for some bizarre reason set up a picnic in the driveway.  Be warned, future contestants -  chuck a fit and this is the kind of low-effort date you'll get. 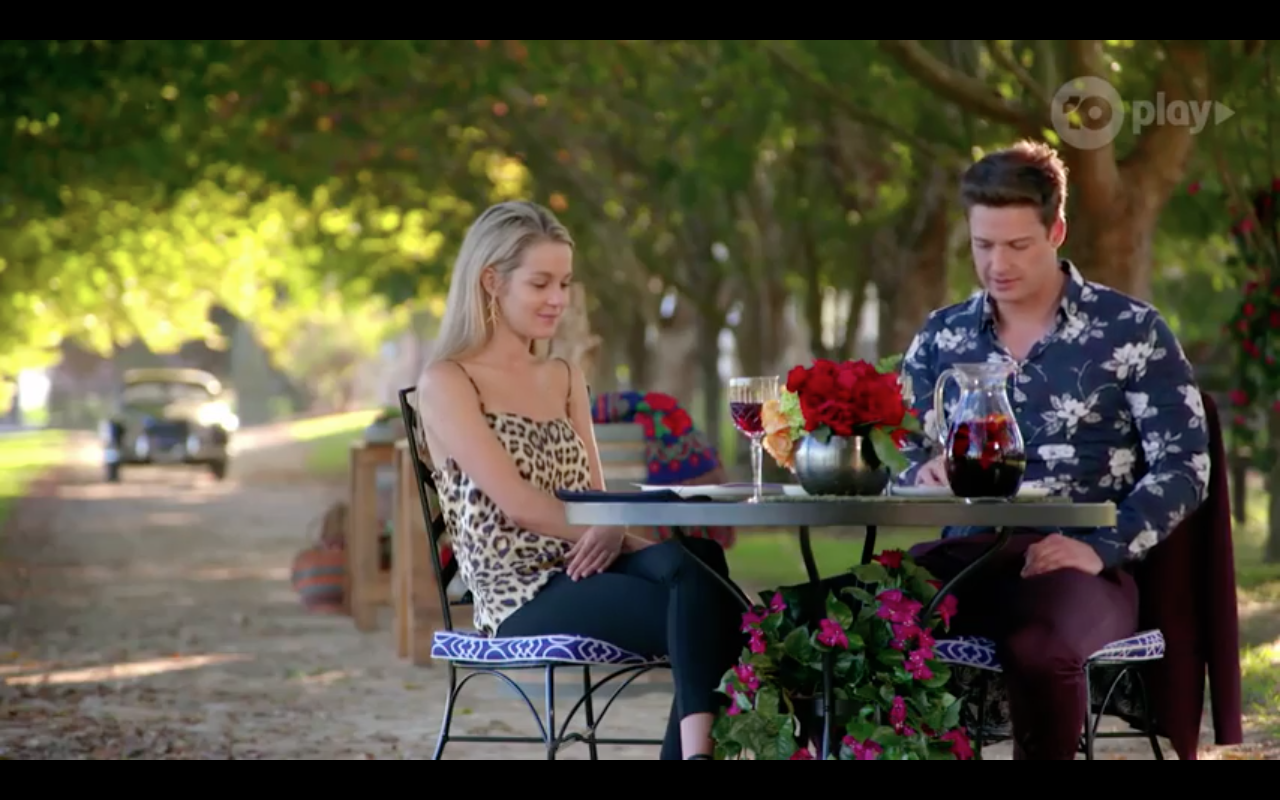 After quoting her a bit of random Spanish, Matt cuts to the chase and issues a Please Explain about her HTD meltdown.  Helena says it was a culmination of things and she's not comfortable just spilling all her emotions.

She then sticks her foot in it by saying she was hoping he'd ask her to stay and prove that she was worth fighting for.  Uh oh.  Cue the ominous music.  Matt says he thinks it's sh*t that Helena was essentially testing him.

I feel for Helena because she's just not cut out for the show's format IMO.  I find her genuine, and empathise with her over-analytical nature.  I hope she gets an invite to BiP because she'll do better in that environment IMO. 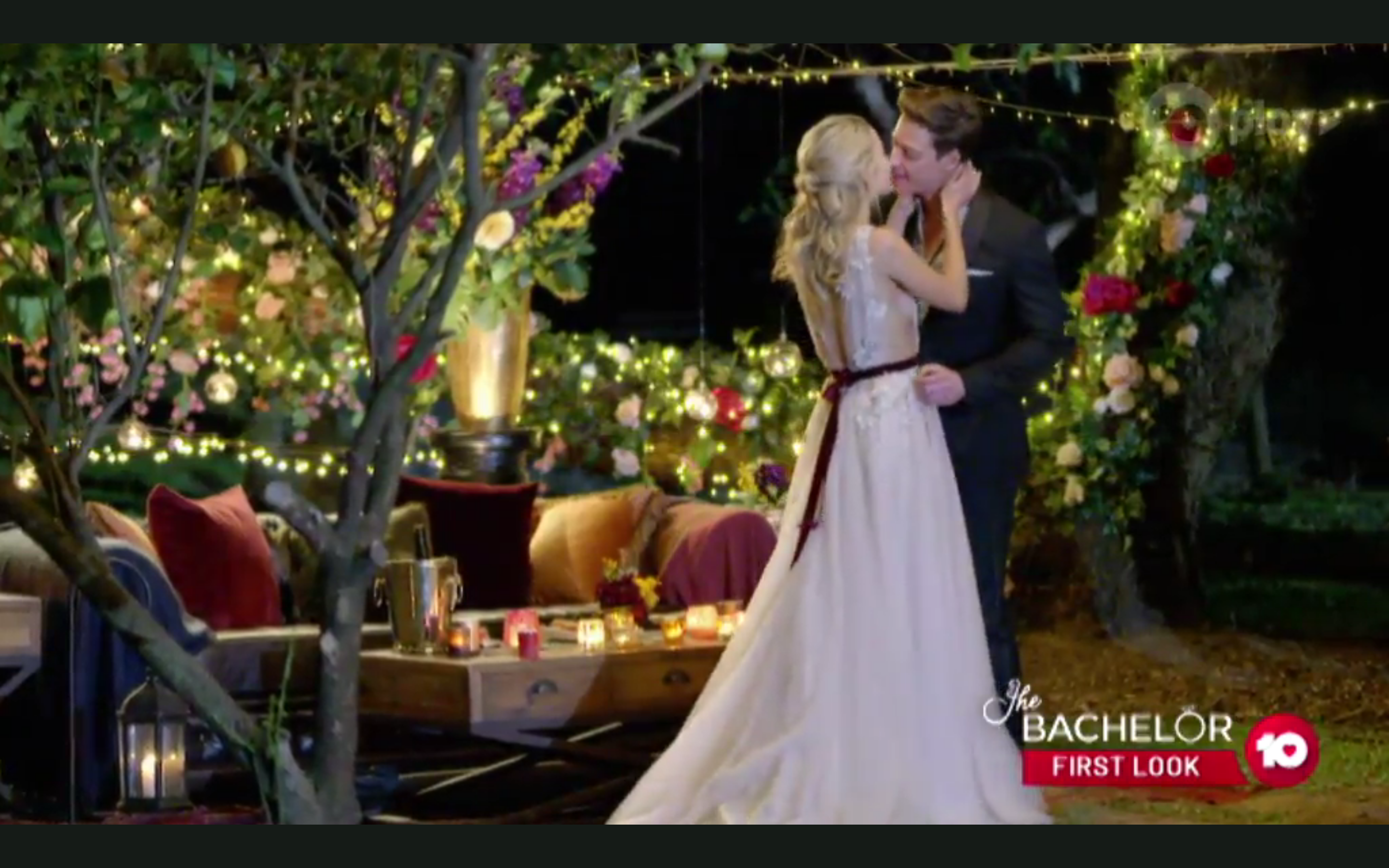 CP/RC and Helena has been dressed in a sleek, metallic-coloured dress with her hair slicked back.  They could not make her look more cold if they dusted snowflakes on her shoulders and gave her icicles to wear as earrings. 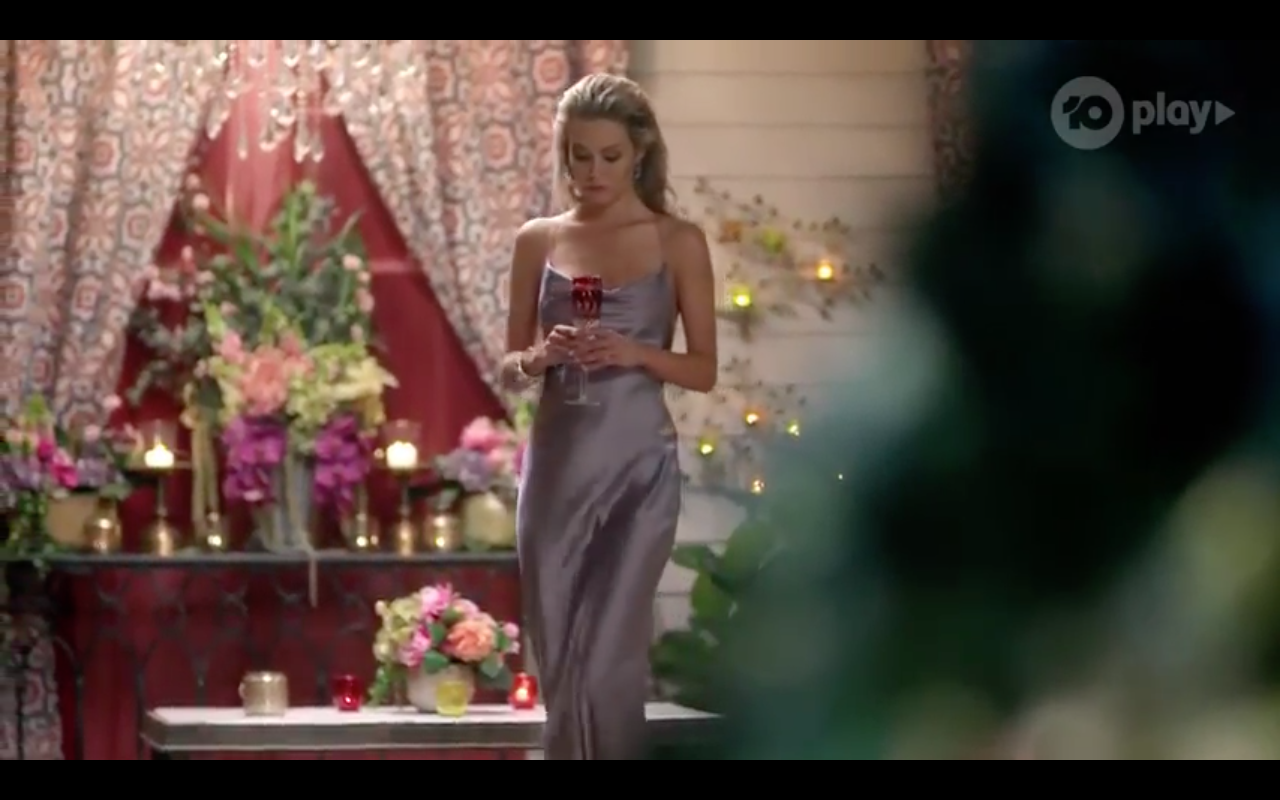 Matt says "two of these women have been really open, and I know exactly where I stand with them".  Since Helena has not sufficiently stroked the Lead's ego, it's her time to go.  I think that's for the best and she seems relieved.

'I opened up a bit but it wasn't shown' Helena @thebachelorau pic.twitter.com/xmiJcwbqh0

'I couldn't watch it' Helena on Abbie last night pic.twitter.com/xQV4HUi7Cw

Who is going to win? This is our theory @thebachelorau pic.twitter.com/imubkQhzeO

'I actually nearly fell off my chair' Helena on Abbie pic.twitter.com/FLXQ8X1JcY

'I was very aware that this was on TV' Helena @thebachelorau pic.twitter.com/kWFCHlSNFM

Would Helena do Bachie in paradise? pic.twitter.com/slQG5XuGgW

Helena's venture as a ~wellness coach~ not off to a good start?

She has been posting and posing quite a bit. No reservations!