I doubt this because in her build interview right after she came back from filming, she was asked specifically what would happen if it turned out someone else had a girlfriend and her response was such that she wouldn’t stand for it....so she is even a bigger hypocrite IMO if Jed told her as you said and she was covering for him per that interview...jmho.

I really don't think he divulged it during this first 1-1, imo. I mean, his goal was to make it to F5

If he did divulge a version of his relationship going into the show then:
1. Hannah is a hypocrite, and I think she should be called out for that. Where you at Scott? Time for you to shine on MTA.
2. Jed has no self awareness whatsoever. For him to pull a Scott, and call out Scott post show by saying he sucks?

jed's guilty pleasure is pancakes see link below. it seems to be something he and his dad both love bc he has it on his insta profile too and referred to pancake in the insta post he deleted around htd.

This is what I am wondering if he did tell her on their first one on one date and it was just edited out? I guess IF she is with him we will find out at the AFTR! JMO

If he told Hannah, it would only be his version . I highly think he would have told Hannah he left a love note before leaving and that he was coming back to Haley. Also if he told Hannah that early on , just a week or so after ousting Scott , why would Hannah take it so well and continue seamlessly ? My guess is he told Hannah versions of his truth in intervals if he confessed . Jmo

@violetstoo wrote:For sleuthing purposes, just was wondering, is Patrick, Hannah's brother? If so does he follow Jed and Tyler, or either/ or? Gather all the SM info for Hannah? Pancake references? And does Hannah's mom follow Jed? Tyler? Too busy to track all of it down, so thank you in advance.

I wonder what they (Hannah's family) think of one person having a career or two and one person having his dad help pay for his rent and a girlfriend pay his way, which one would be the better choice?  Just thinking out loud. Her choice is her choice, love is not always logical.

Yes Patrick is Hannah’s brother. He’s followed Tyler since before the original spoiler was out, followed then very quickly unfollowed Jed around a week ago. According to a Reddit poster, before the Jed dirt exploded as much as it has, a user DMed Patrick on IG. She’s from Tennessee and said she had picture proof of Jed bringing her friend back to his apartment during CMAfest. She has also provided text screenshots of two exes of his that he cheated on around 2014/2015 and he sl*t shamed one of them by saying she took him away from Jesus. To add on to that, her mutual friend is the girl that was allegedly emotional abused to the point of an eating disorder by Jed, and she and several of her friends had their butts grabbed, were asked for their numbers by Jed since filming ended. This girl asked Reddit to basically gather links to the additional Jed tea because Patrick supposedly asked for it. She looped in a mod who runs a pretty reliable spoiler account because she has a less than platonic video of Jed she can’t share with the public without that person’s consent.

Jed’s family seems to be fixated on pancakes for some reason. Right after the FRC, Hannah’s mom requested to follow an at the time private Tyler around an hour before following a public Jed. Jed showed up first in her follows since Tyler had to go in and find her request, and everyone took this as proof Jed was F1. Sue Brown was alerted to all the chaos, and unfollowed both guys. Tyler still follows her, Jed never did. From her SM likes, Sue definitely seems to show preference to Tyler. My guess is the family liked him better but Hannah made her own choice. In the light of this Jed scandal, her mom is probably wishing she had not chosen Jed even more, because who wants their kid to have to deal with all this?

Update: Hannah liked Jana Kramer’s post on how she and Mike Caussin have worked their butts off in therapy etc to get to a supposedly good place and they moved back to Nashville. So disappointing. That is not a relationship to aspire to.

Hannah gonna fall on the sword for Jed, huh? How quickly she fell from grace. 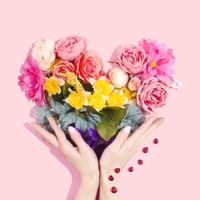 Yeah I don't need to see anymore after that like. She is going to stick with Jed. Also Jana's caption was cringe worthy. All I can hope right now she isn't as defensive or blame other women like Jana does. That would make her lose me for good.

@smg2587 she already has blamed the “snitches” which includes Haley. IMO

In most instances, social media (family members/friends) can be the biggest red herring when trying to sleuth this show. To me, the family are also following SM for clues

It's a good comparison though. Mike cheats on Jana all the time and she forgives him, like Hannah and Jed in the present and the future. Also Jana always blames the other woman, kinda like Hannah blaming Haley for snitching instead of her trifling fiancé. All jmo.