@Dirty Street Pie wrote:Yes, I realised after I posted that was what your were saying! It's good just to get one though. We may need to be quick though, after the Cassandra experience before things get shut down

I know! And here I was planning an early night.

Feel like we've been given the keys to the candy store but they'll probably change the locks by morning...

OK so he's from QLD, and was back at work "recently" if this post is anything to go by...

mace_beach
Okay so recently I had the most amazing weekend in my entire life I became a free diver and got to see the Hmas Brisbane ship wreck.
I not only learnt how to left go, breathe probably and relax but got to start my new adventure into a whole new world of the under water world!
I got to see turtles, Whales and so many more amazing things! The entire experience really opened up my eyes to what REAL Pressure is! Thank you so much @pressureproject and Adam Sellars freediver for the down right incredible weekend! Will definitely be seeing you again sooner rather then later

And this from a week ago.  I'm inclined to rule him out of the Top 2 if he's been back at work that long since they'd have only just finished filming the FRC IMO.

Also we have pics of him meeting Angie night 1 and if Matt's season is any guide, TPTB will have had all pap pics of the F1 and F2 obliterated from existence.

Osher's very much into meditation so maybe that's how Adam got cast/scouted?  Very few contestants seem to apply through the regular channels these days... 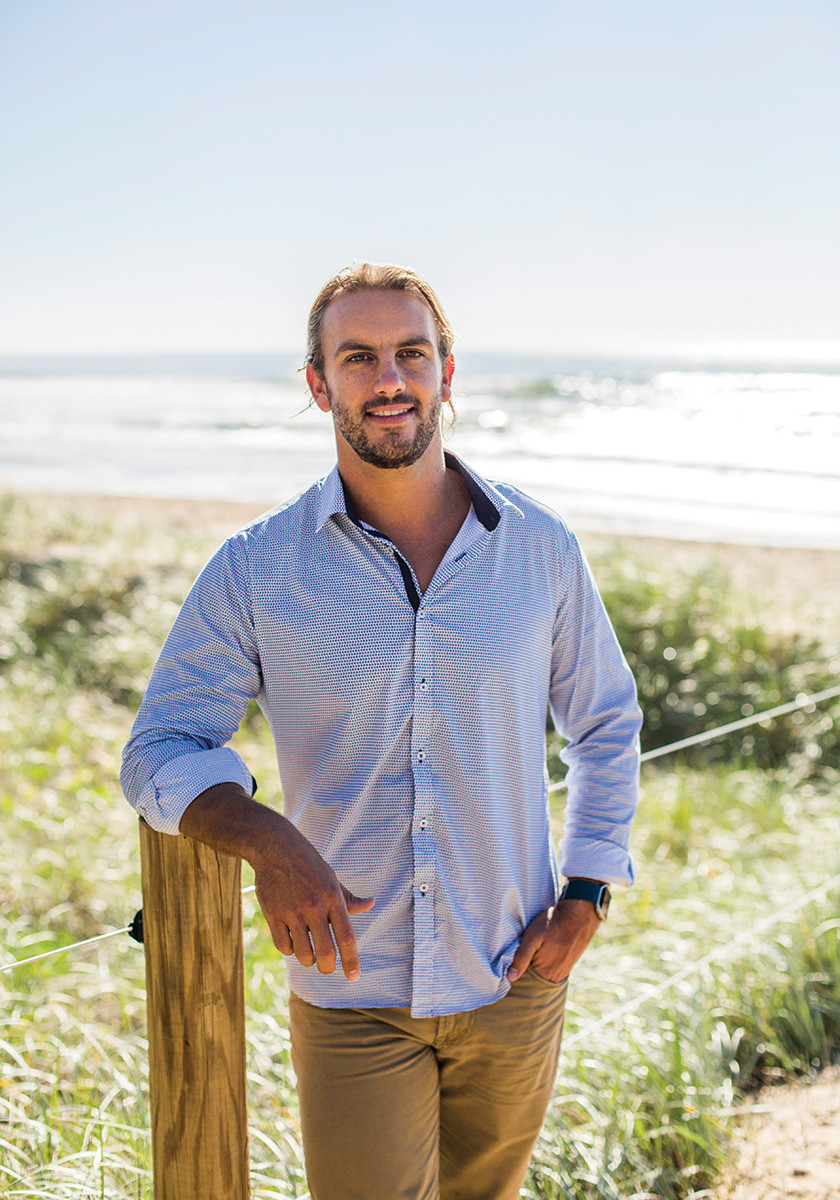 Adam, aged 32, was introduced to freediving two years ago, when a mate invited him to go spearfishing off Mooloolaba.

Angie seems a tad neurotic IMO (takes one to know one

) so Adam was probably a calming influence on her.  Not sure how far that would have taken him though.

@Bobette you knew, you just didn't know where he was!

Welcome Wolfgang, and thanks!

Oh I like this guy. I can see him fitting in with Angie too. Hope he doesn’t turn out to be a dick

@Sundy wrote:Oh I like this guy. I can see him fitting in with Angie too. Hope he doesn’t turn out to be a dick

Yeah he looks pretty Chill. Wrong home state though, according to Sportsbet.

So TAB don’t have odds yet?

@Sundy wrote:Oh I like this guy. I can see him fitting in with Angie too. Hope he doesn’t turn out to be a dick

Yeah he looks pretty Chill.  Wrong home state though, according to Sportsbet.

Could be one of those boarder town type. Like around Byron? Am I clutching at straws?

Yeah probably clutching I'm afraid @Sundy - his business is based on the Sunshine Coast.

And no TAB odds yet - probably won't be till after the full cast list is released.

I have been looking into Adam's SM, mostly in the hopes of finding other contestants.  He seems to be highly regarded, and he also has kids.  Which made me think - has Angie ever said that she wants to settle down and have a family?  It made me a little sad to think that he put himself out there and perhaps met a lead who has no interest (absolutely nothing wrong with that).  I am quite possibly projecting here and imagining something that no doubt won't happen

@Agent99 I haven't heard Angie address children directly but she and Yvie shared a house with a young man who has Down Syndrome for many years and she fosters dogs so I think she would have that caring and flexible side required to be a step mum.  (But that might be me projecting too

@Bobette I know that Angie has a big heart, but I don't think she has mentioned anywhere that she wants love, let alone a marriage and family.   It's why I don't have a good feeling about this season.  Even Sophie said she wanted love and kids and I believed her.  I mean, Angie could be one of those love naysayer types and then suddenly meets the right person and WHAM, but I don't think that happened on this show.  Anyway, I am off topic for Adam's thread