First to hit the red carpet is Timm! Do you think the universe is sending Angie a sign? #BacheloretteAU pic.twitter.com/Gl6DPxBP1s

Bobette wrote: First limo up and it’s Timmmmmmmmmm.  Oh sorry my “m” key got stuck for a moment there.  Angie is blowing clouds of frost out her face and trying to stave off hypothermia as Timm rounds the corner holding a massive bunch of Signs from Nanna. 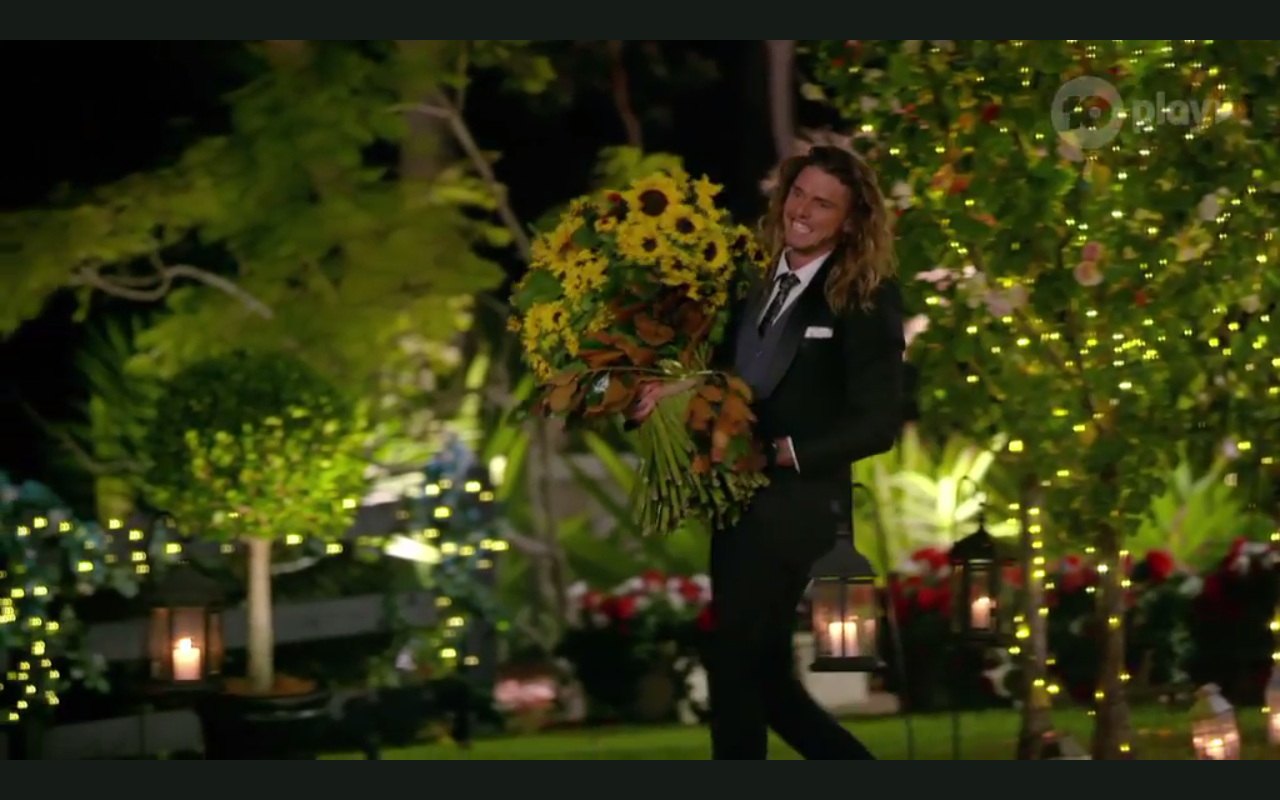 Timm is SO AUSSIE AYE MATE strewth I tell you what, but I like him and so does Angie IMO and there is no doubt in my mind he'll be F2.  She says he's her old skool type with his long hair and bad boy tatts but "there's something different about him". 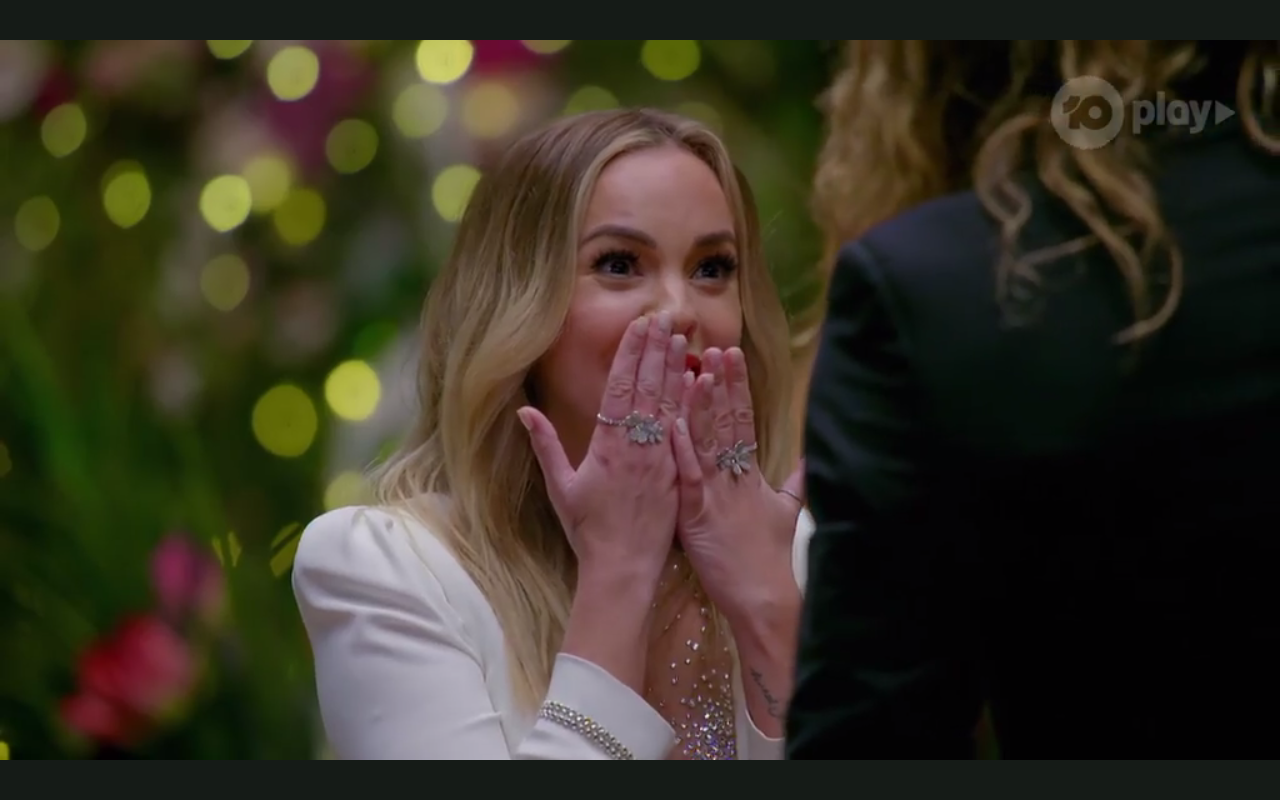 Bachbee wrote:I wonder if Timm used this for his audition tape?

Seriously don't watch this if you don't wan't to see everything..

Delete if not allowed

@Bachbee thank you for bringing this important research to my attention. 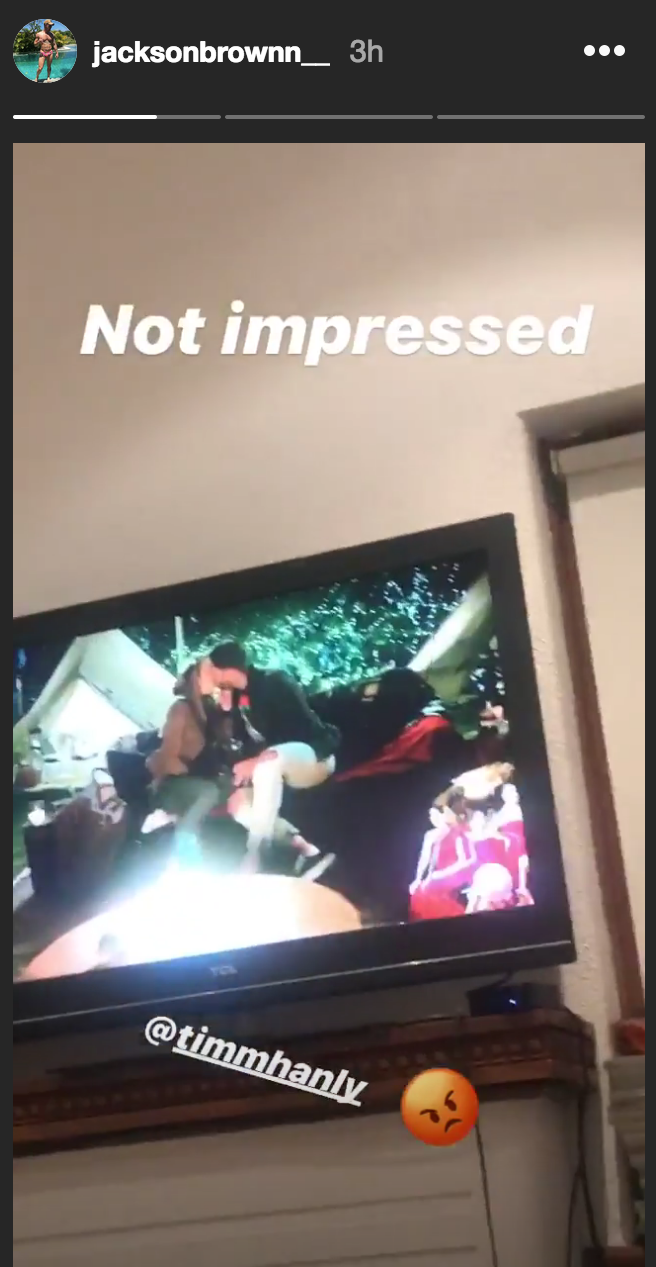 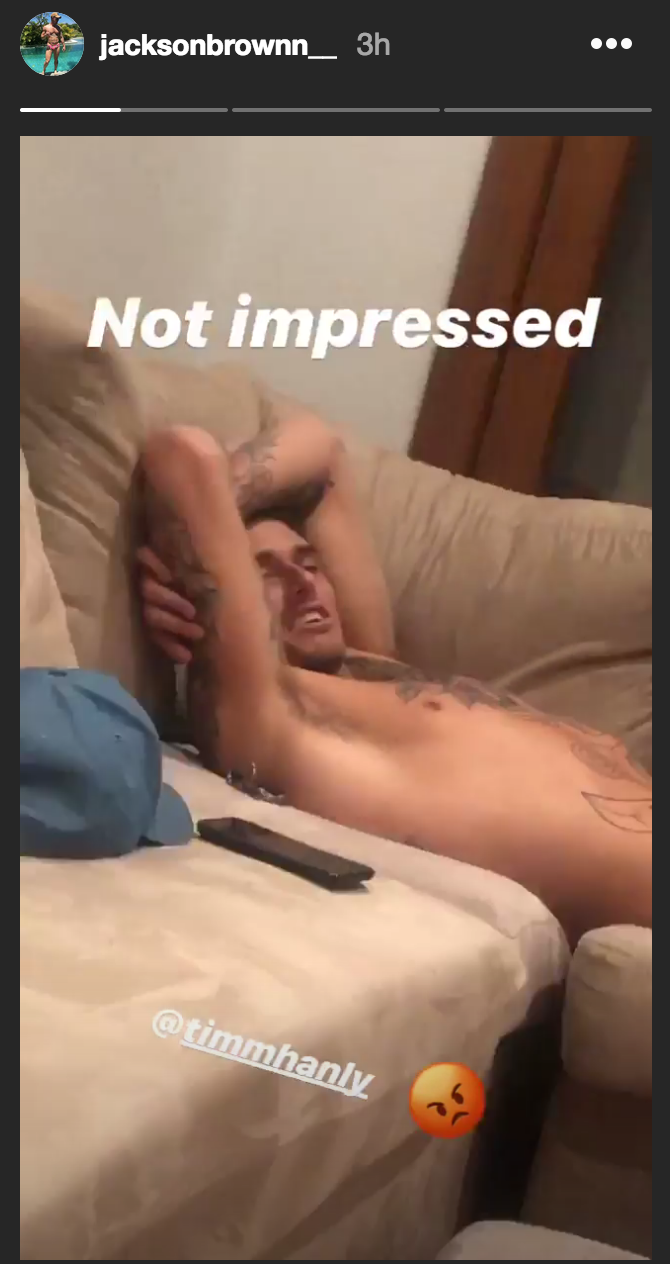 Cheer up mate, IMO you could have Abbie on a platter in Paradise if you're up for it.

Not sure this has been posted earlier. Angie said Timm family was lovely. 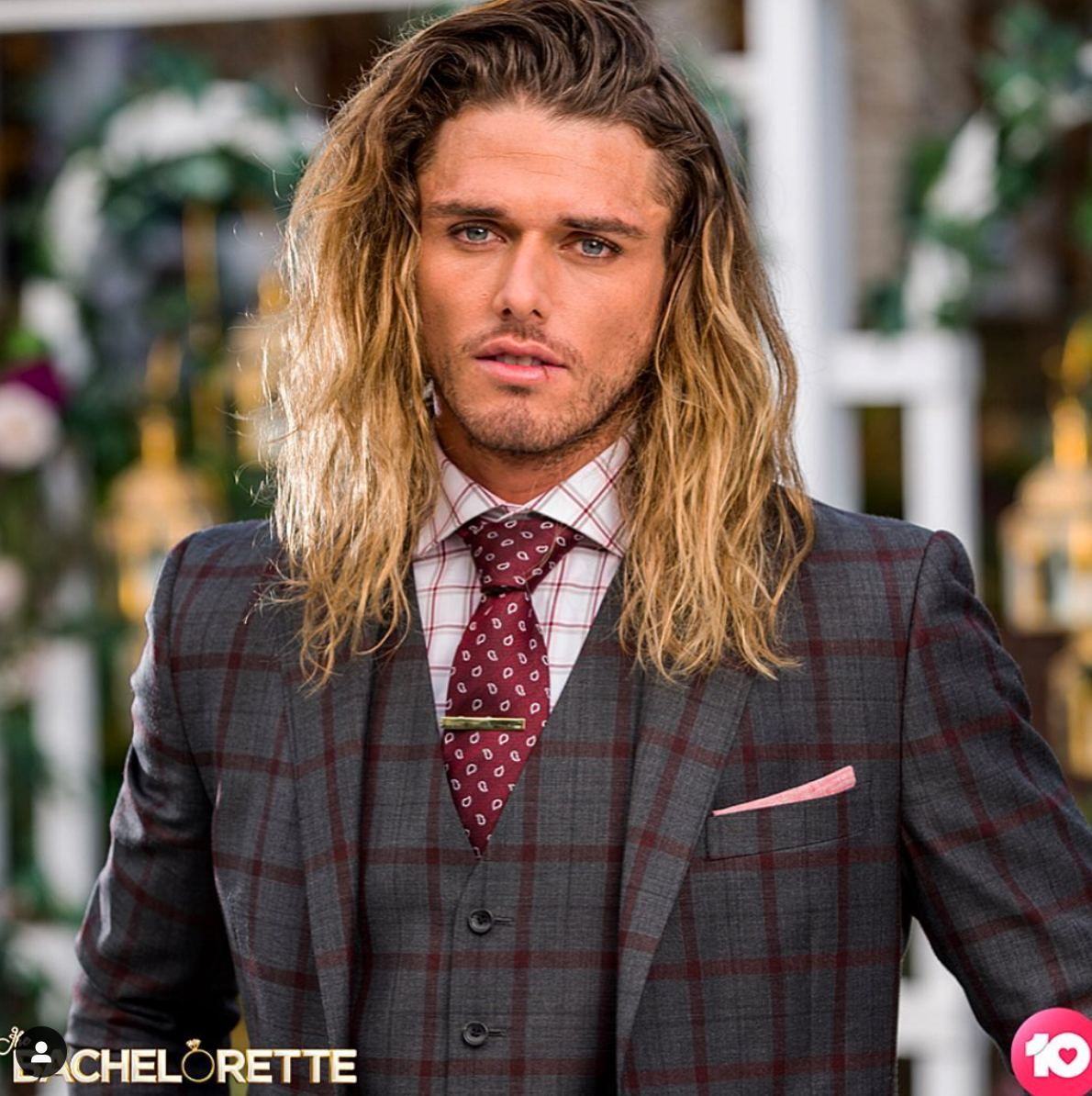 Timm can do all the dirty dirty things to me. I mean, wow

butterflylove wrote:Timm can do all the dirty dirty things to me. I mean, wow

butterflylove wrote:Timm can do all the dirty dirty things to me. I mean, wow

Oh I agree, pre season it was a no from me, but from his first ITM during his red carpet arrival, where he had his hair up and the denim jacket on, hooley dooley, I was a gonner, haha.

But I was the same with Bach Matt last season, he is a legit lookalike cross of my brother and his best mate, so that was awkward.

Im not a fan of Tim so far. He seems a bit “grotty”

Bringing all these stats over for the record.  Watching very closely to see if Timm gets that ep 4 SD.

I'm also very interested to see who gets the next two SDs, since that will be an indication of who she initially had her eye on IMO. In the past the F1 has always had their first SD on ep 3 or ep 4, other than Stu who had his first SD as soon as he arrived.

In which case perhaps Timm was her original F1 not Ciarran (ep 4 SD = same as Taite).  I'm still convinced they wouldn't deliberately given a planned F1 the first SD but I do think her original pick for F1 would have been someone on the first GD.

Skipping Sophie's season since F1 wasn't on the early Gds

So F1s are ALWAYS on the first dates.  Hmmmm... maybe Timm was her original pick then and something went off the rails later

Bobette wrote:@Sprite, @Agent99, @Just Looking I don't necessarily think Ciarran is too wild for Angie but now that I've seen the stats for F1s always being on the first date I'm thinking Timm may have been her original F1 instead.

If Timm gets the ep 4 SD that's very suss IMO.  He's not on the painting GD so that fits too.  Also Timm has been looking like a sad puppy watching the show on his friend's IG stories so I think he got burned big time.

Just look at this face.  He was all in very early IMO. 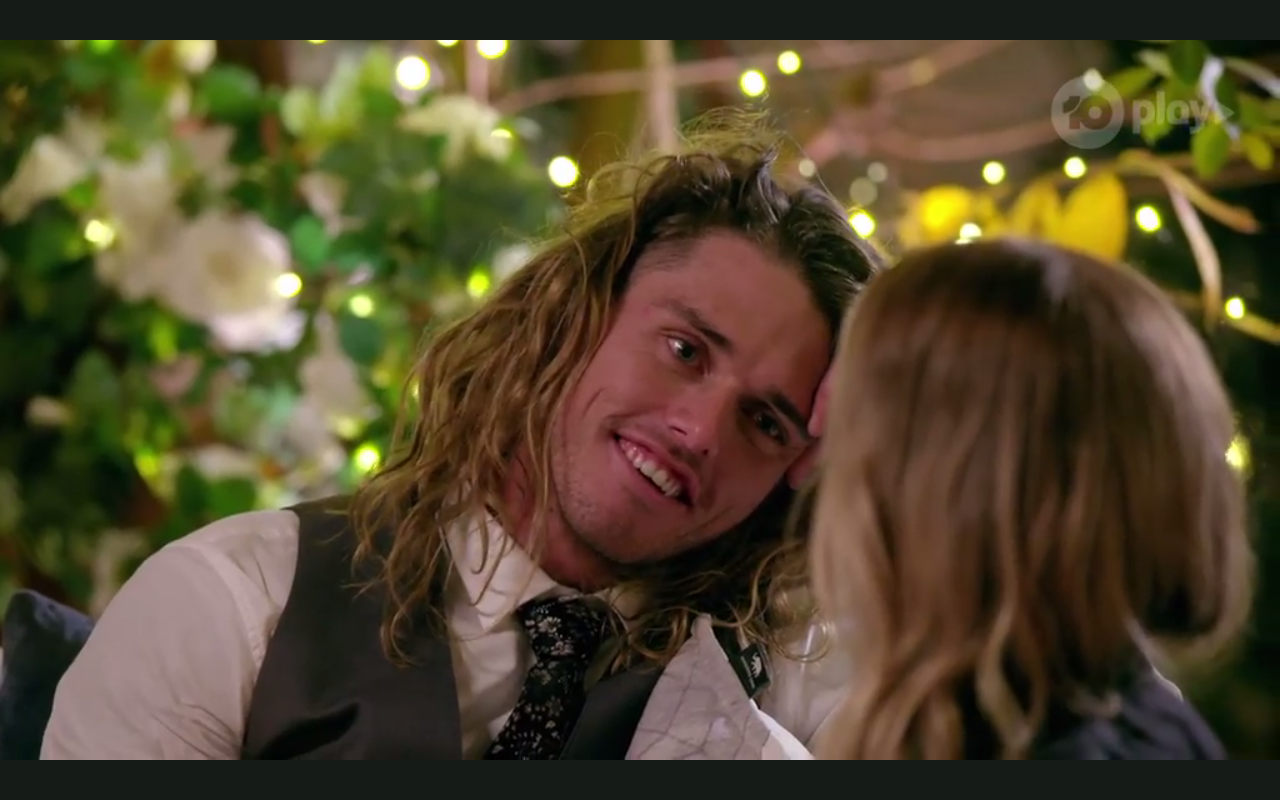 Agent99 wrote:I feel like I'm missing something.  Why is there an original F1?  What are the clues?

Bobette wrote:I'll rephrase.   IMO, Carlin was not her first choice for F1.  IMO, after the Lead meets all the contestants on night 1, the producers would ask them who they like and then plan the dates accordingly.

IMO whoever the Lead likes the most is automatically assigned a certain date (historically, episode 3 or episode 4).  They then pencil the other contestants in according to their own agenda.

IMO if she had said she liked Carlin the best he would have been given the ep 3 or 4 date instead of the first.  IMO he was probably intended to be the "nice" guy/fan favourite/F3 "shock exit".

IMO her reaction to him on the red carpet was "meh" (he's nice) and considering her ITMs after their date were IMO almost entirely re-shot, I don't think he made the best first impression.

Timm is everything she said she wanted in interviews shortly before the show (funny, quirky, a bit crazy).  Carlin is not, IMO.  Timm is also the only one she specifically asked Brad about.

IMO the person she told the producers she liked best night 1 would have been given the ep 3 or ep 4 date.  So if Timm gets the ep 4 date, I will think he was the person she originally wanted for F1.

Just Looking wrote:I thought the stats were that first dates are never F1?

He's in with a shot! The Bachelorette's Angie Kent spotted giggling with fan favourite Timm Hanly AFTER the cameras stop rolling as they enjoy sweet ice cream date in the park

He's wooed The Bachelorette's Angie Kent after bringing her a bunch of her favourite flowers during their first meeting.

In behind the scenes images from an upcoming episode of the show, fan favourite Timm is seen hand in hand with a giggling Angie as they enjoyed an ice cream date in the park during filming back in July.

This season's leading lady looked delighted as Timm handed her a single sunflower, and she pulled him in for a hug.

The dishy fire-proofer earned himself plenty of praise during his first encounter with Angie last Wednesday when he presented her with an oversized bouquet of the same type.

The touching gesture left Angie emotional, with the TV personality revealing that she believes sunflowers are a sign from her grandma.

It seems Timm took note and hoped to impress Angie again, as he arrived on their park date clutching the bright yellow flower.

Looking every bit the loved-up couple, Angie and Timm were seen strolling hand in hand through the park near Sydney's northern beaches.

They grabbed ice cream from a street vendor as Timm made the most of his precious alone time with Angie.

Long-haired Timm clearly knows how to make Angie laugh, with the couple spotted smiling and goofing around together.

In another image, Angie posed with the sunflower in one hand and her ice cream in the other while Timm snapped away with an instant camera.

And even when the cameras weren't rolling, the pair were also seen laughing and chatting with one of the show's producers as they sat on a park bench. 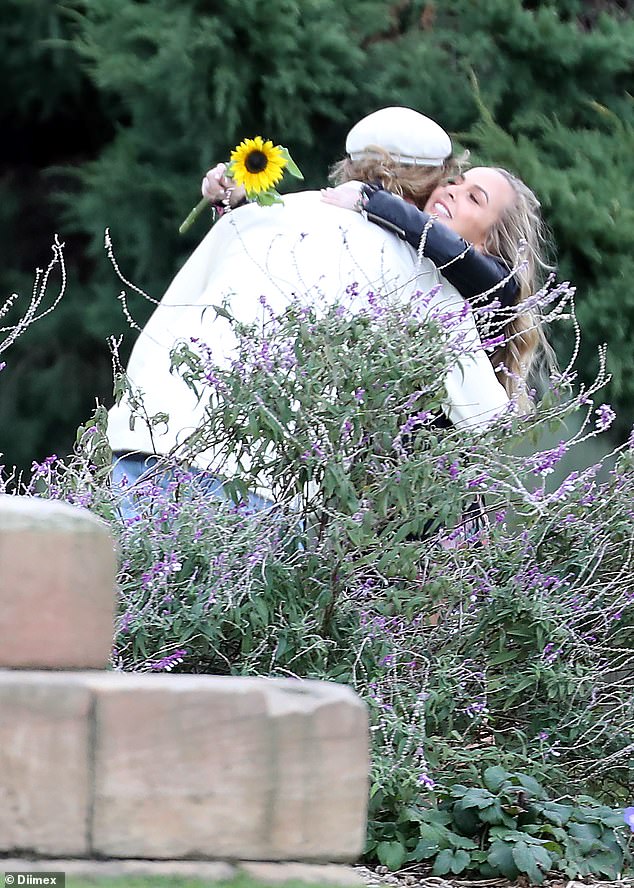 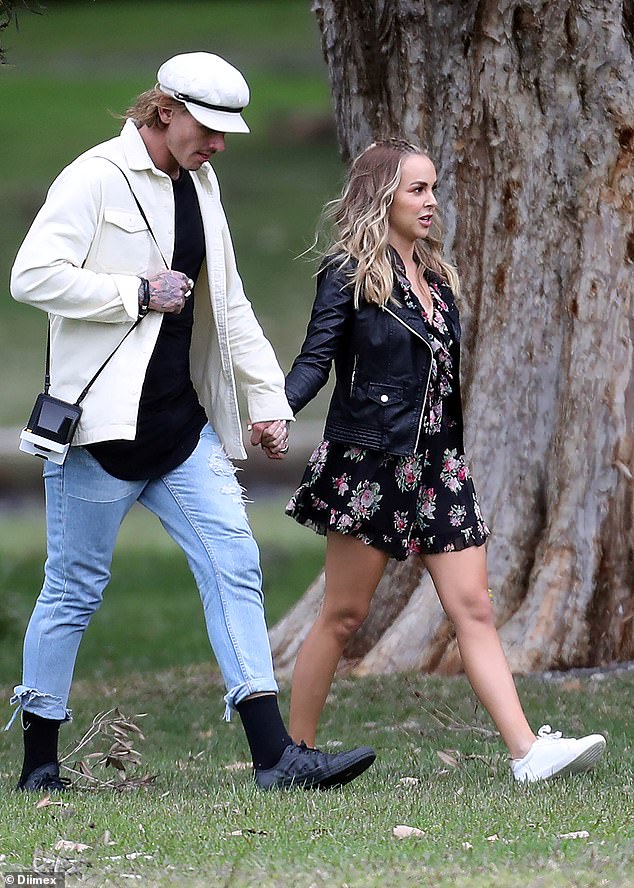 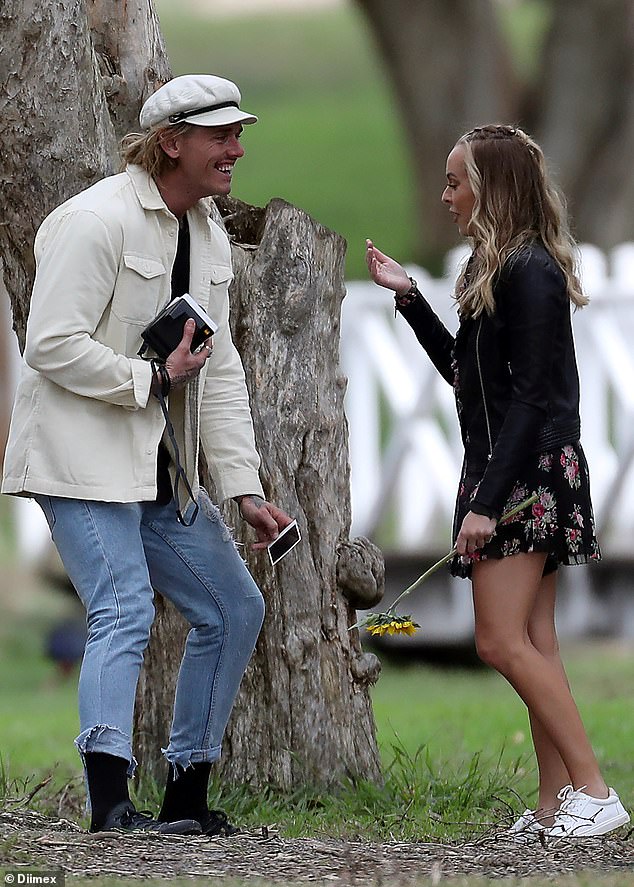 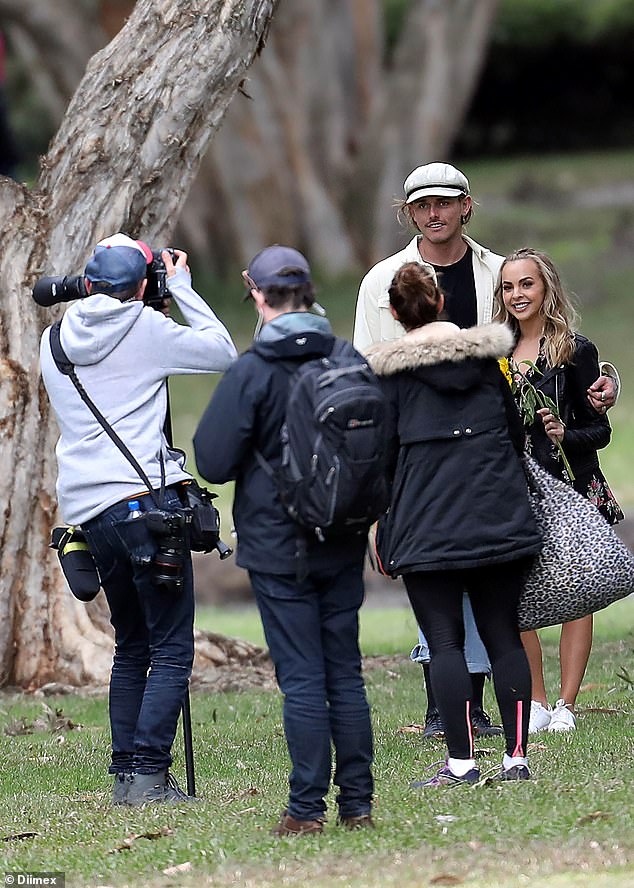 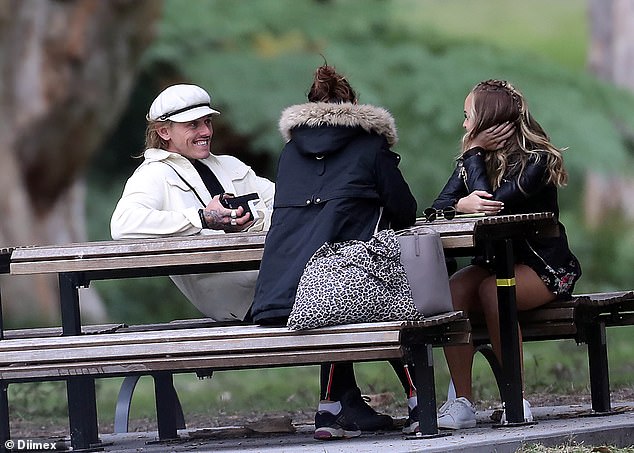 What happened to Angie’s hair in those pics? Is she a natural brunette?