@Bobette wrote:Catching up on the last two episodes.  Not much to say about ep 11 except Marisia is one of the most obvious F1s I've ever seen and if anyone needs a visual representation for "he undressed her with his eyes" then here you go.  He's so hot for her!

@Bobette so obvious.  I've resorted to picking when the rest go home instead

@Agent99 wrote:I see Marisia and Jess as completely interchangeable.  Both blonde, pretty, personality-lite imo.  I had hoped there would a point of difference to Marisia in the F2.

to me, Jess differentiates herself by being the whiny one - if you ever needed a "instagram vs reality" it is her, her IG does not suggest a character doing the "m, m, m, m, marc the other girls are *sniff* so m, m, m, m, mean to me".

(I'm hoping that it's done well enough for MNet to order another season, or try their hand at a Bachelorette. It seems like ti should be cheap AF to produce, in comparison to the incredible amount of scripted content - I don't know if any of you have ever looked at DSTV/MNet's catalogue of shows and the massive number of languages they're across)

Just realised I'm more up to date than I realised because ep 12 hasn't aired yet.

@quick_dry I'm going to need more of a hint about the whereabouts of Adam Jr in episode 11 please because I watched the damn thing twice and still can't see him.

@Bobette wrote:Just realised I'm more up to date than I realised because ep 12 hasn't aired yet.

@quick_dry I'm going to need more of a hint about the whereabouts of Adam Jr in episode 11 please because I watched the damn thing twice and still can't see him.

oh yeah, in hindsight episode was a bit too tricky and I think it was an overcorrection with how easy Episode 3 of Listen To Your Heart was (for the first location). In defence of the location, they're spots that try not to detract from 'just watching' the video. (Same with the halos, shafts of divine light, racoons, demonic eye flashes, etc on LTYH)

@quick_dry.  Thanks for putting me out of my misery.

I didn't realise AJ was in ep 10 - I always skip straight to the videos, must remember to read the descriptions to pick up the hints! 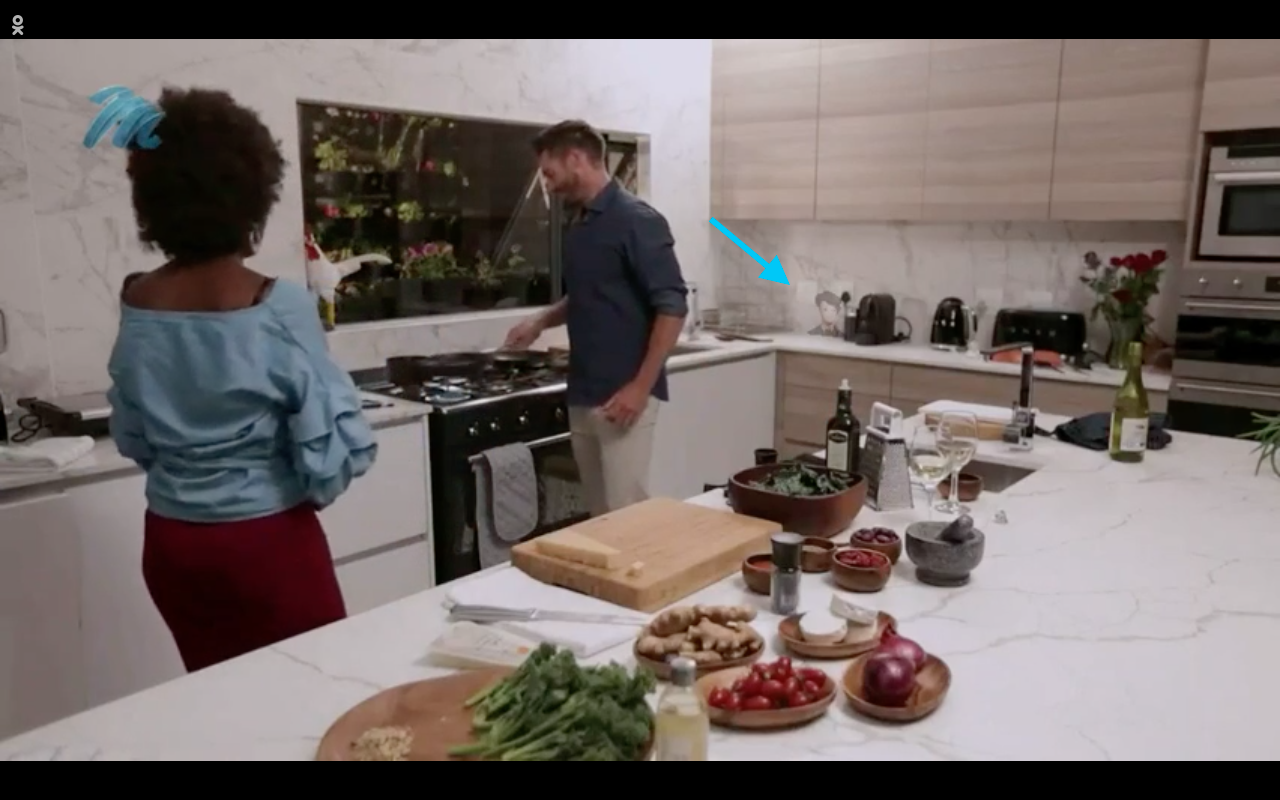 I watch these shows while working so mostly just listen but this little easter egg hunt is forcing me to pay attention.  Curse you.

who is Adam Jr?

There was an Adam Jr on Rachel Lindsay's USA bachelorette season. A contestant Adam brought a doll and named him Adam Jr.

Haha haha why is Adam JR in the episodes? What have I missed?! I love it

@LeapofFaith It's being discussed on the LTYH thread too because he's popping up in those episodes as well.  I'll copy & paste to catch you up.  It took me a while to even notice anything was going on.  Lockdown is sending us all a bit loopy I think.

@Bobette wrote:Just watching episode 2 and I must know - when Chris Harrison says "tomorrow, everything will change", did his eyes glow like the devil in the version that aired on TV in the US, or was this a little artistic flair by the person that runs www.bachelorarchive.com ? 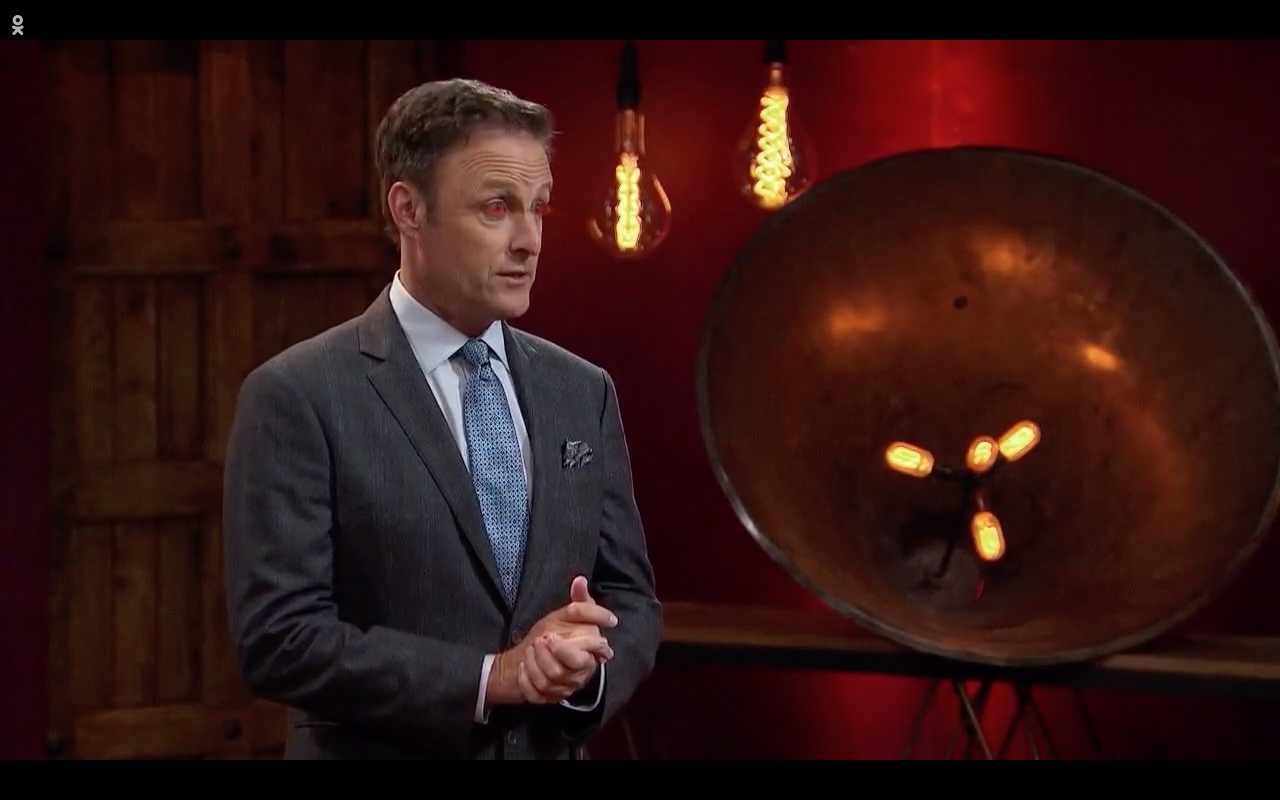 , there was another scene doctored (an ITM of Jamie with ghost CH standing beside her) and the person who had seen it/taken the screenshot asked if they were going crazy, could other people see it too when they watched? and people who watch on Hulu etc all said it wasn't included in theirs and then the mods deleted the post [eta: on reddit].  Plus on the website itself he says he's hidden Adam Jr in there somewhere too.

@Bobette wrote:Yes that's him @GuardianAngel!  The enhancements are only visible on the Archive version of the show so if you're watching via regular/legal TV channels you wouldn't have seen them.

thanks @Bobette this is actually GOLD. Who knew i needed this right now

Bridget is up first talking about her past and how she has never been good enough and wants someone who just wants her. Her family have disliked one of her exes to the point he wasn't allowed in the house. Another one they thought she was in love more than the guy was. The family have always turned out to be right. She is the most nervous about Marc meeting her mum who is just like her...but more!

They are in Durban although they both now live in Cape Town. It's been over a week and Bridget meets up with Marc at a bowling alley. They are very competitive and Bridget wins. They play some arcade games and seem to be having a really good time. They go for dinner at some restaurant and Marc says that the more he gets to know her the more he likes her and the more he is attracted to her. The chemistry is building and they awkwardly make out in the middle of the restaurant. Even Marc thinks it is awkward so they try it again. It's not much better.

Meanwhile Marc is having a nice chat with the rest of the family. Everyone seems to like him and thinks they have things in common. It was a very relaxed visit and Marc fit in very well, almost like he is already a part of the family and they are a couple.

Bridget's parents then had a chat with him and they had some concerns about the amount of travelling he does, but he explained well and overall they thought he was a nice man, more mature than her usual boyfriends, steady and a good fit with her and the family.

I hate that they split up this hometown episode into two parts dragging it out.

Back for the second HTD with Jess.

One thing I wanted to mention about the HTD with Bridget, she seemed to focus a lot on Marc and how hot he is. It made me wonder if that is what she looks for and that is why none of the relationships have lasted?

Jess is relaxing at some hotel and reflecting on her relationship with Marc. They meet up at some park in Cape Town where she has set up a picnic. He likes being taken on a date to see if the person chooses something they like or if it is something they both like. Neither of them have been in love in years, although they have dated. Apparently, according to Marc, peaches are the sexiest fruit to eat...but not cut up. You must eat it whole.

They discuss who Marc will meet...her parents and her best friends. How do you handle conflict? If he cares he withdraws somewhat, but if he doesn't know people he will deal with it quickly. She is similar. They make out and he thinks she kisses well and that is important because he needs to feel the spark. It is clear the spark is stronger with Jess than it was with poor Bridget who is destined to have her heart broken yet again.

They arrive to see the family and friends. Jess tells them that he ignored her for the first couple of weeks and his jaw drops. Her friend takes Marc aside for some gentle questioning, but basically everyone seems to like him and think they get along well. He thinks they are very similar although he is spontaneous and Jess is more of a planner, which he thinks is good. He also likes that she is independent and driven. Plus they have great chemistry.

Meanwhile, Jess is talking to her parents explaining that she is surprised at how well they get along. Apparently her mom is very conservative and doesn't agree with this process. I got that impression when she said she just wants Jess to be happy...with the straightest face and zero enthusiasm. Everyone is basically worried that he will break Jess' heart.

This date also went well, although it was much more low key than Bridget's. Again everyone liked him and they all got along. The fun level was lower, but that is just the personality of the girls and their family. I think he seemed more at home and relaxed with Bridget's family, but maybe that is because he isn't as invested. He admits that it is hard because he can't make any promises and he knows that he will hurt someone in the end.

Next week the HTDs continue. He does some modelling for Gillian who is being the photographer and Marisia takes him rock climbing. He is enjoying the scenery while she is up there climbing...liking the short sexy, short shorts. He admits he is concerned about the age difference with her to her family and Gillian says that if mom disapproves, it is a deal breaker.