@Jolena wrote:Does this leave Madison and the girl who supposedly dated married men? ( I don't remember her name) When is the FRC suppose to take place or did it already? anyone? TIA

Yesterday, I think (our Australian time)? Or Saturday? It's Monday the 18th here now.


It's looking like Hannah is F3 which IMO tracks with my gut feeling it's Madison to win and Victoria to be spectacularly dumped as F2.

If Peter actually makes VF his F1 I'll be truly stunned. That would be wtf indeed.

IA Hannah is F3 IMO I'm pretty sure F3's leave the day before or day of the FRC.

Do we know what one on one's she got? If any?

I don't think it's known what 1-on-1s happened in any of the South American destinations yet. She wasn't on the earlier ones 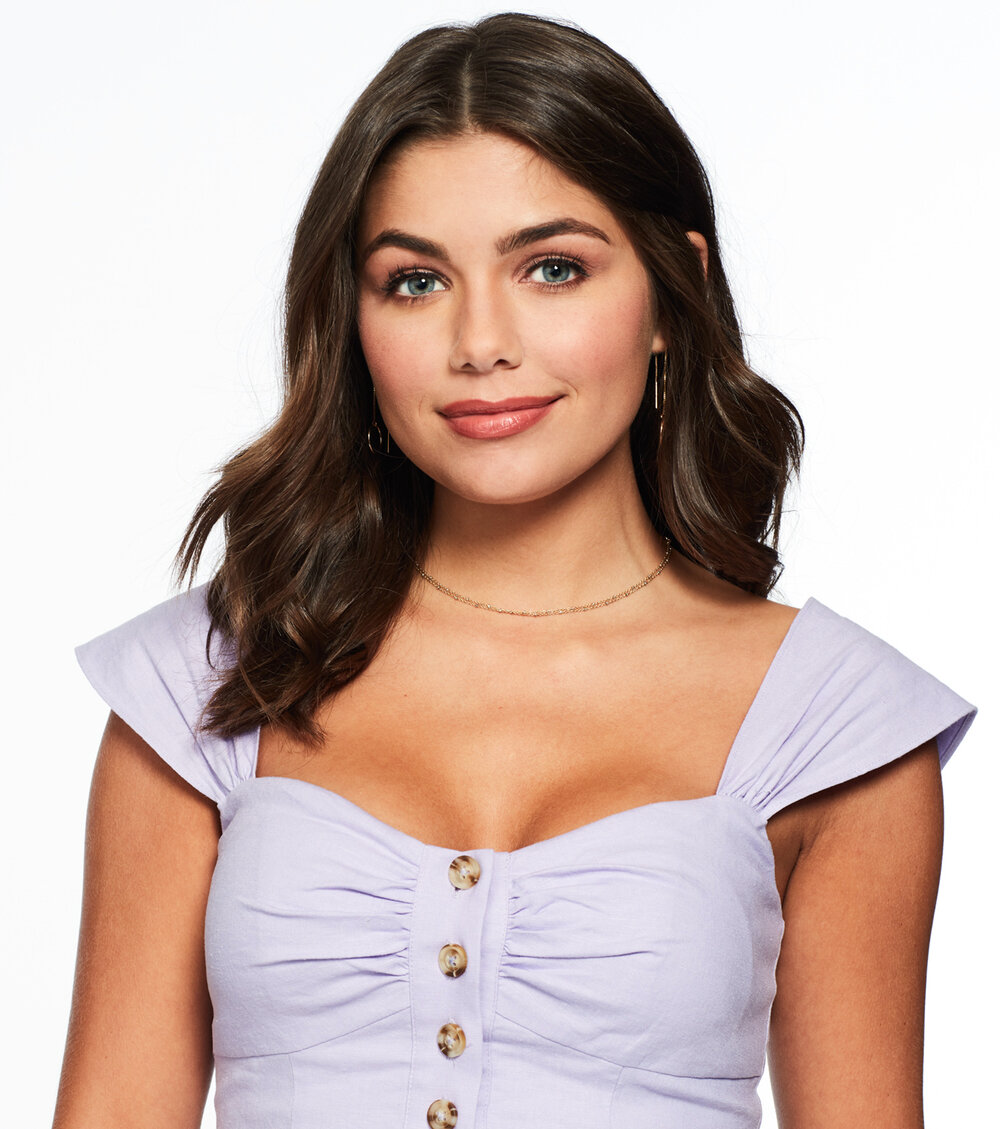 • Hannah Ann’s dream job is to be a princess at Disneyland.

• Hannah Ann’s favorite flower is peonies, but says she never received them from a boyfriend.

Hannah Ann was born in Knoxville, Tennessee, and grew up there with her younger sister and younger brother. Her parents are not only her role models, they are also her landlords, as she still lives at home. Hannah Ann is a talented painter and loves to dabble in interior decorating when she's not slaying it in front of the camera as a model. She travels the world for work and would love to find man to join her on the adventure. She has a cute southern twang which, we know, Peter is a sucker for. Hannah Ann describes her last relationship as all chemistry but little friendship. Now, Hannah Ann is ready to find a man who she can be best friends with while keeping the steamy romance alive. We have a feeling this won't be a problem for Pilot Pete.

- Hannah Ann could watch home improvement shows all day and never get bored. - When Hannah Ann is nervous, she becomes very talkative. - Hannah Ann's home is decorated with artwork that she painted.

She's pretty. She reminds me of DeAnna in her promo pics.

She seems to be every where and i can't decide if that def means she isn't f1 but a contender for bachette or what?? I can't recall how TPTB edit F1s and F2s ? help...

From my experience in editing, the F1 is usually hidden, the F2 is in your face trying to make it appear they are the F1 and the F3 if considered for the lead is usually the "heartbroken" F3 who goes on to have a second chance, with the lead making an appearance, giving them advice.

It also may depend on viewer's reaction and support for a particular contestant.

Not always though, as in Andi's season, Chris Soules F3, hardly had any major storyline IMHO and he was TB.

IA she is one to watch as far as how she is edited and as you pointed out  @LeapofFaith she appears to be everywhere already.

As we have seen in the Aussie threads, the sleuthers are able to pick out clues to the potential F1-F3 just by advertisement placements. So even though the season hasn't aired yet, all the media can be clues as well as far as their intended storyline.

Hannah just posted a golfing pic on Instagram. Talking about her “New Years Resolution.” If she is F1, she can protect our boy from those cocktail glasses