@Bachbee wrote:Something feels different this season? Both Bella and Irena are getting the F1 edit.

They're really pushing for the 'falls in love with two' narrative. Maybe he picks neither (Badger style) to have more time for clarity, has this ever happened before?

And IMO It would be the most sensible FRC if he is really in love with both F1 and F2 and Sportsbet was wrong on Badgers season too...

This is true but there was always a weirdness with his season and a feeling something was off, IIRC. He never lied about his ending with an effusive enthusiastic statement about having found love (like Locky has been doing)

Yep Sportsbet were not technically wrong - they just took bets knowing damn well they weren't going to have to pay out since "no winner" wasn't an option except for a very brief period of time (less than 24 hrs IIRC).  Neither girl ever had F1-ishly low odds either.

I don't think there's anything weird going on with Locky's outcome - IMO he picked Irena because she was his favourite from the start and this business of him being in love with two women is just to build Bella's approval rating for her run at Bette (assuming she's F2).

I wasn't vibing them on their date at all and it was weird he was saying things like "she's made me feel comfortable from the start, all through this" etc considering they just met.  I feel like those ITMs were probably filmed much later and they just slotted them in.

Yup! Another one with an acting profile! I remember when Romy was crucified for having an acting background, now it's becoming a bit more common IMO

I can't access the page because I'm not on Facebook - could someone screencap it before it disappears?

ETA: Oh so not really hiding it then. 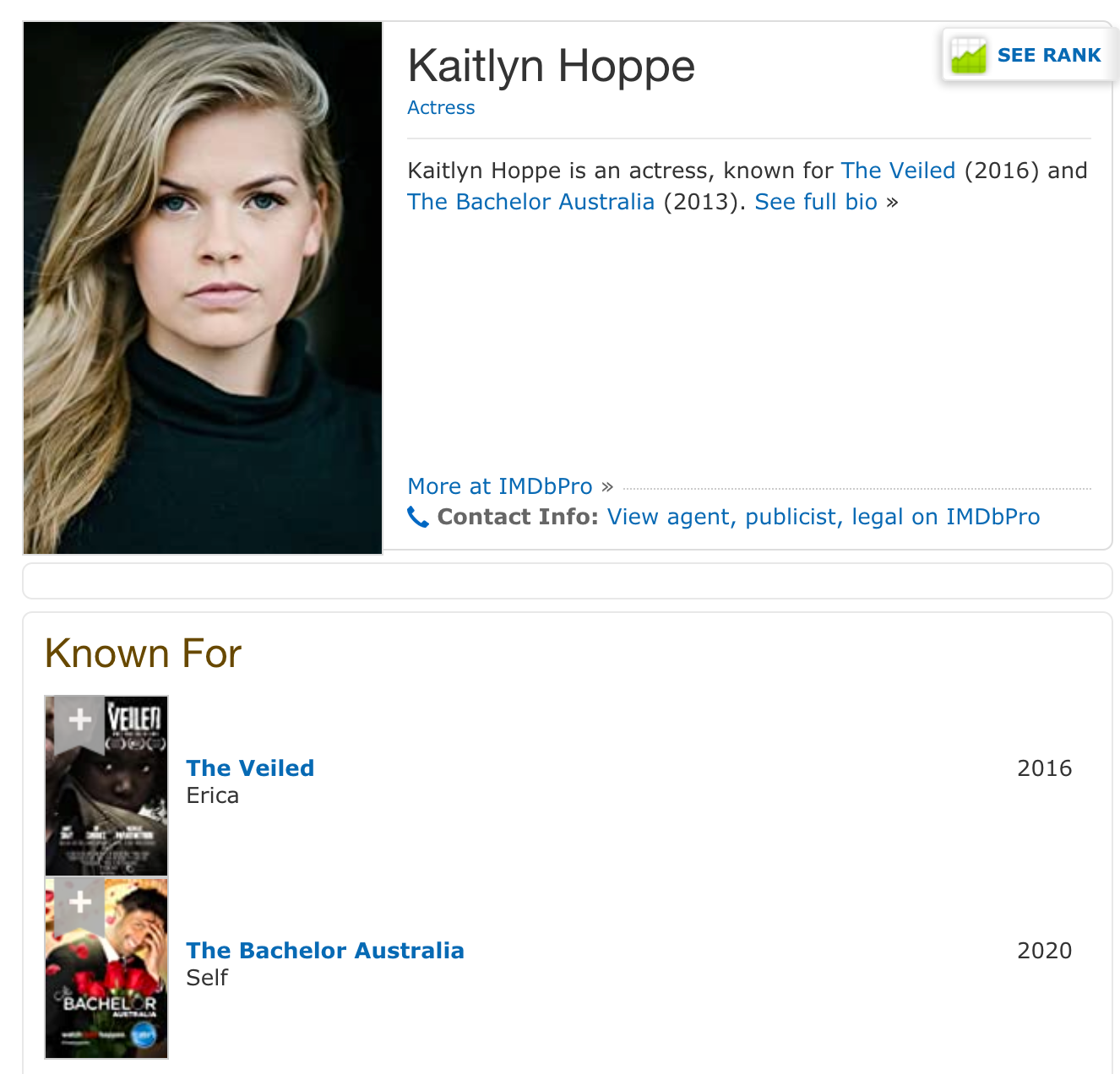 @Enough wrote:It mentioned she is on The Bachelor 2013??

Six Bachelor contestants have been exposed as secret actors.

The likes of intruder Kaitlyn Hoppe and fan favourite Nicole Campbell are among the stars whose talent profiles and headshots have surfaced online.

Oh hey I am in the DM

She's not going to judge, but then proceeds to judge. That's good because there are now people judging her on her use of the N word.

You would think that these people would be more aware of their SM and do a thorough cleanse before coming on the show. Do they not know that we will dig up everything?!

She's very educated, but has no problem using, " like" and doesn't know youse is a word?