@AllAboutLove wrote:What gives me pause is her liking posts and following Timm. I have a hard time reconciling that she'd do that if she is the Bette and filming? Unless he is just a friend? But he doesn't follow her so I am not sure. Even then, it's odd for her to be liking his posts if she is filming and it makes me very cautious about the men she may have if she is the lead since she made the time and intent to like Timm's posts (note: just posting of her SM activity towards Timm, no spoilers of anything else).

I'd be disappointed if she is not the BetteNZ and confused why she follows BetteNZ if she is not. The other contenders from previous bach seasons stated they are not the BetteNZ but Lily has not confirmed nor denied. I'd think she'd denied it if she wasn't, given she seems like a straight shooter? Otherwise IDK

It has to be her right?

Look you're not helping me to believe @AllAboutLove because I've been having very similar thoughts.

Another thing is the two guys we've sleuthed (one confirmed, the other suspected) both seem really young and wet behind the ears - Lily would eat them for breakfast IMO.  She would need someone a lot feistier and worldly IMO.

Which leads me to fear that if she is Bette, the guys won't appeal and she'll be faced with picking someone she's not into which IMO would freak Lily out since she's such a straight shooter there's no way she could fake it IMO.

And with her showing SM interest in Timm and them being IMO well suited, yes, it gives me pause too...

ETA:  Also to hark back to what @Batmouth said, it seems odd they wouldn't pick an NZ woman as first Lead.  Lily is well loved in NZ from what I can gather but many would still see her as Aussie which may raise some eyebrows.

But she is definitely up to something. She's never been gone this long the whole time I've followed her.

yeh Flynn is really young looking, I can't see her with some young'un like that. If that's the cast and they're young like that, then it's no wonder she's liking Timm's posts. I can't see her having a successful ending either if that's the case if she was the lead. For a first season I'd think she'd have to pick someone so there's no chance of no F1.  Flynn was following Lily and then unfollowed. And her liking and commenting Art's posts make no sense to me if she isn't the lead??

IDK maybe she isn't the lead? Maybe she is doing something else? I'd love if she was Bette but I am all for her not being Bette and meeting/ending up with someone else (Timm)

@AllAboutLove wrote:I'd love if she was Bette but I am all for her not being Bette and meeting/ending up with someone else (Timm)

That's where I'm at too.  Would much prefer the second option TBH because I'm nervous for how things are going to pan out if the guys haven't been thoughtfully cast.  And if the rumours of them having trouble getting applicants is true then... eek.

to the second option. I recall it always being a problem for them to get male contestants. Perhaps they pooled from modeling agencies etc like Flynn. So young though. I couldn’t see a lead being much older than him which was another tick in Lilly’s favor since she just turned 20.

I remember that IG story. I think bach is the ‘sister wife cult’ since it’s so many women and one man and Bette would definitely not be since it’s only one woman and she gets lots of options. I’m not sure what else or could be or why she’d bother following BetteNZ or Art and Matty. Or Flynn following Lily etc.

I’m shocked the lead hasn’t been leaked yet. Maybe they have a gag order so media can’t release anything yet. I noticed the Spinoff real pod said they found out (from here) that they are filming in Argentina so maybe it’s like Aus media where they’ll use the forum or fans eagle eyes as they’re way to circumvent not being able to spoil directly when they already know. Then again, if it was Lily I’d think NZ media would know?

@Bobette Great post! Love "Eat them for breakfast" and "she's such a straight shooter". One of my favorite unicorns!

Just throwing this out there.

Would it be possible that Lily could be a co-host for the show? That would explain the SM silence, following Art and checking out Timm.

@Sprite
I thought the same thing, but can’t remember if it was ever a thing?

@Astrobach They did it one year on the US series...but I think it was on the Bachelor Pad. If memory serves me it was Melissa who co-hosted with CH. I think they still owed her for Jason dumping her.

@Sprite Yes, wow, old stuff!
I did not remember an actual Bachelor or Bachelorette that had 2 hosts in the US ( I don’t think CH would want to share

) but I don’t know about all the AU and NZ seasons, that was mostly my question.

@Sprite @Astrobach that occurred to me too but if she was I'm not sure why they wouldn't announce her as cohost the same time they announced Art - would look like a real token gesture otherwise.

Also there would be no need for her to be silent on SM since Art's certainly not; and what would a cohost do anyway?  The hosts themselves do very little on the show IMO.  It's all very weird. 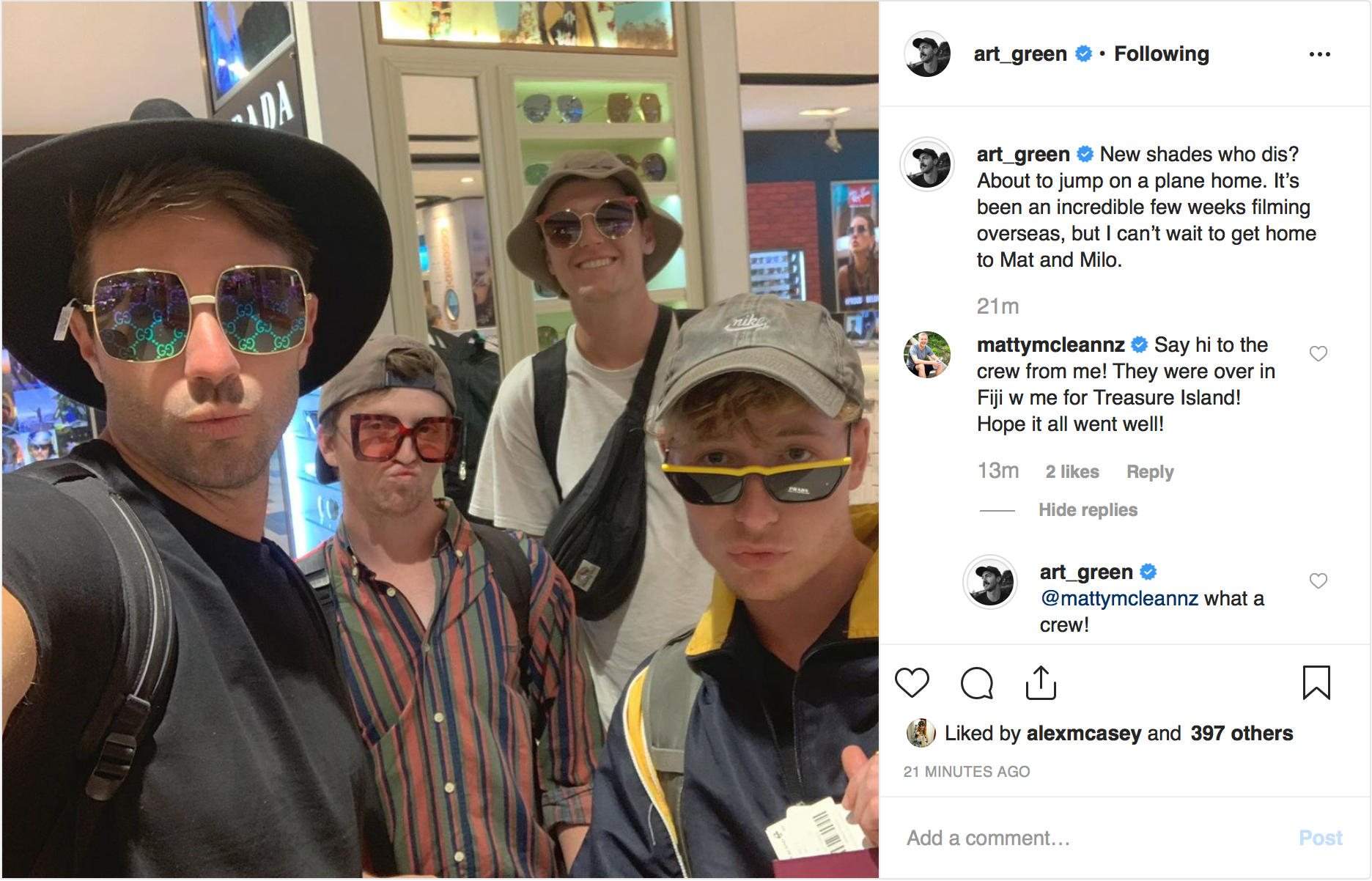 @Bobette
Yes, in conclusion, this whole thing is certainly VERY weird. And I can’t wait to just KNOW what is actually going on !

Well, here is SOME news...! I was writing my post as you added the info about Art ! Great timing!

@Bobette That seems quick. Do we know when they started filming?