What about Elly? Isn’t she a country religious girl? She would fit the profile with him I would think, no?
JMO

@Astrobach wrote:What about Elly? Isn’t she a country religious girl? She would fit the profile with him I would think, no?
JMO

I don't think she's religious, AFAIK? I might have missed something though. She was from the country, she's coastal now. I mean there'd be worse matches. They're both into the kind of squeaky clean instagram influencer vibe but Elly seems really into travelling and I'm not sure that's Carlin's thing, he's more into fitness, and I don't think that Elly is. Carlin needs an fitstagram girl and Elly needs someone who travels a lot.

@Astrobach wrote:What about Elly? Isn’t she a country religious girl? She would fit the profile with him I would think, no?
JMO

Elly is a country girl so I highly doubt she would be religious at all. I went to a school that had half our students as boarders and no real rural girl I ever met was really religious, that is pretty niche in Australia.

Considering Carlin was still married, I doubt any genuinely religious girls would be cool with him as Bach, so he would have probably ended up with some generic "sweet" insta-bimbo IMO.

For the same reason, I doubt he was ever really being considered for the Lead role - a married Bach would be a PR nightmare.

Seems to me he just wants people to think he's a catch.

Angie Kent trying to be relevant again.
'I find it super disrespectful': Angie Kent calls out The Bachelor's Locky Gilbert for 'liking' photos of bikini-clad reality stars on Instagram

Why can't she just mind her own business

@Enough wrote:Angie Kent trying to be relevant again.
'I find it super disrespectful': Angie Kent calls out The Bachelor's Locky Gilbert for 'liking' photos of bikini-clad reality stars on Instagram

yeah, he should be pretending he's in a relationship just like she did

She's also been all up in Elly's IG comments trying to make the new Bette announcement all about her ("oh this takes me back..." etc.

Her recent IG follows are hilarious - it's all feminist this and str0ng womyn that (gotta boost that pansexual cred!) and - wait for it - support pages for people who have dated narcissists.

Meanwhile, Carlin is making himself equally visible in the comments of the official Bette IG announcement.  Beginning to fear these two will NEVER GO AWAY.

Carlin is making extremely questionable choices regarding his associations IMO. 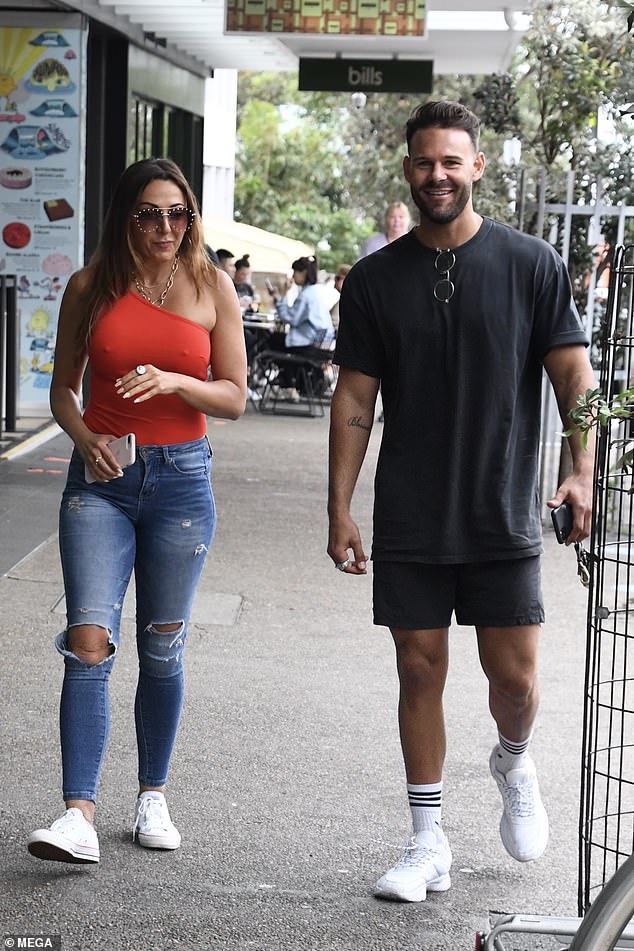 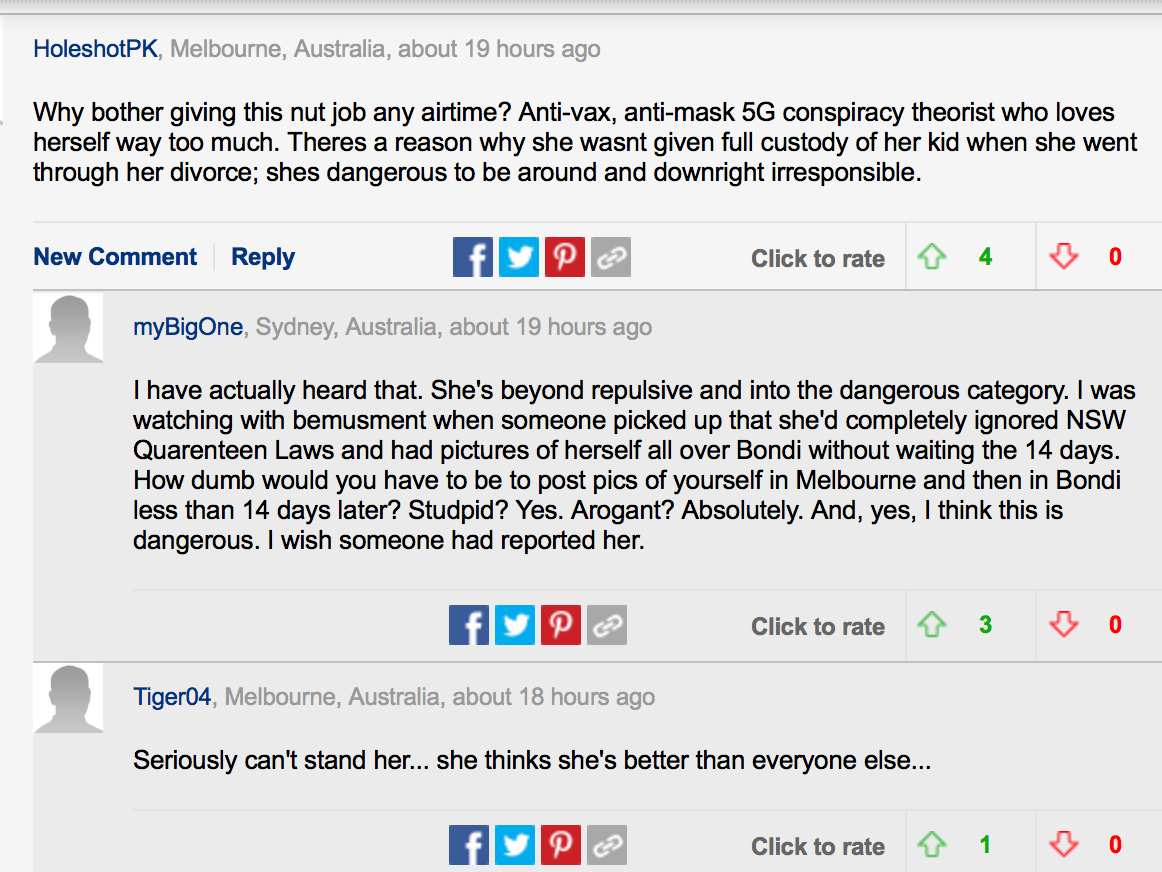 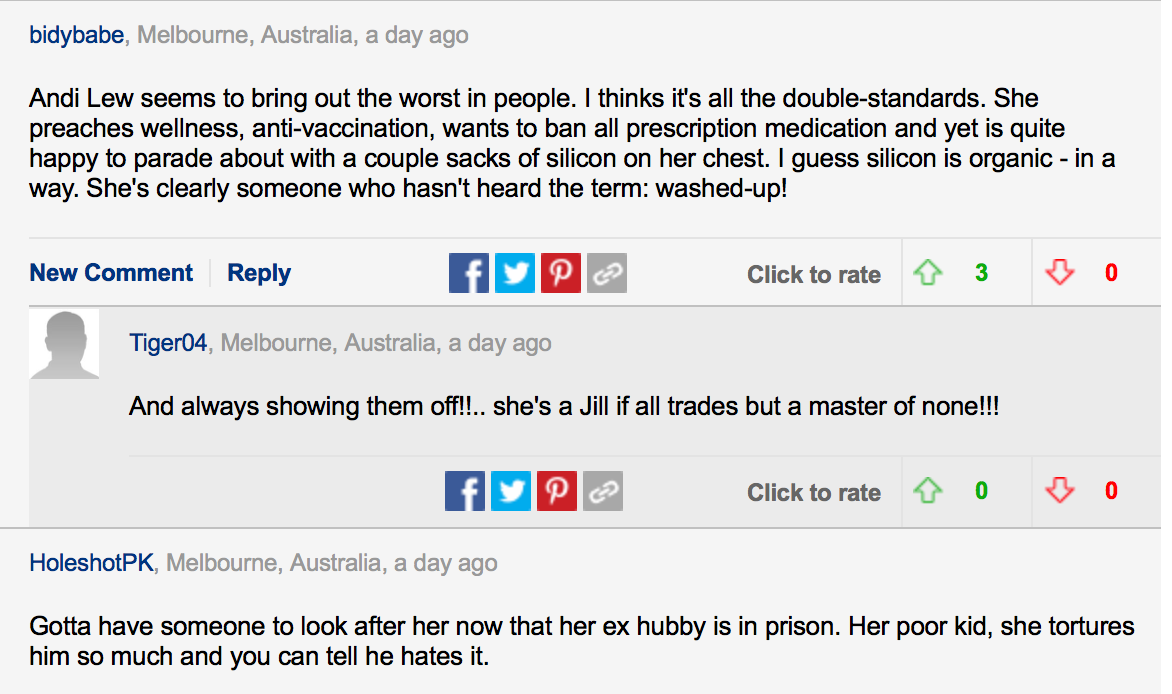 Why Carlin, can't he go for someone better

@ule101 wrote:Why Carlin, can't he go for someone  better

I don't think it was a date - he'll be saving himself for a Paradise showmance IMO - but still, being associated with a whack job like that in any capacity is just not a good look, IMO.  What's next?  Brunch and coronavirus conspiracies with Pete Evans?

I have known Andi personally for over 10 years - this is not a good association to be making. Those commenters are right on the money about her.