@LeapofFaith wrote:imo If Victoria is F1 then it makes sense what RS said about it not making sense Lol

How old is Victora? I didn't know RS mentioned anything about it not making sense. Last I thought RS didn't know who the F1 was yet. Did I miss something? TIA

@LeapofFaith wrote:imo If Victoria is F1 then it makes sense what RS said about it not making sense Lol

How old is Victora?  I didn't know RS mentioned anything about it not making sense. Last I thought RS didn't know who the F1 was yet. Did I miss something? TIA

Oops Sorry i didn't listen to his podcast but i read somewhere (here or reddit i can't remember) that's what he said? maybe someone who listened to the podcast can clarify??

RS has said he thinks he knows who is F1 but still waiting on more confirmation.

Last season most people were convinced Tyler was F1 because of social media follows so I'm still taking it with a grain of salt. That friend of Peter also follows Hannah.

I still think Madison's F1 and the vegan follows could definitely be a coincidence but it sure is interesting that one of the first things he did when coming back was follow those accounts (there's no proof he was interested in veganism before), and Victoria's the only one of his F3 who is a vegan...

i think Victoria made the wrong move in how she choose to handle this so i agree with RS there. If i were her i would have said i made mistakes in the past that i was v regretful of and would explain more later.

But hey she went from 2,516 followers to 16.2k followers already so i guess whatever shes doing is working for her

Well we at least know where some of the seemingly new interest in veganism came from.

Maybe a sign Madison was at least f2 she followed stylist Cary. Also not sure how to read this may be nothing but she also followed Lori K PR. Hannah Ann follows Lori K as well but that was before the season started filming it seems.

Speaking of follows Kelsey also follows Victoria F now. Victoria so far only followed Lexi and Tammy. Victoria P left a pretty nice message on her latest post and wrote "I love you, my girl." Just going by which girls I saw follow others quickly I think at least two people Victoria could have had an issue with were maybe Sarah C and Mykenna. They just followed everyone else rather quickly to not follow Victoria as quickly kinda stands out, jmo. There is a rumor her and Hannah Ann had issues as well.

Yeah I won't really believe anything until shv sleuthing can confirm it. Just to start with that both Victoria and Hannah Ann where nice enough to show us they where with friends tonight. Lets see if they continue to show us where they are. 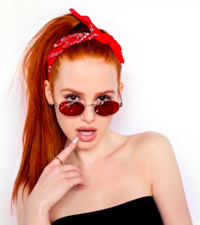 Yeah Peter's friends follows aren't going to tell us anything. This is the person I know as Peter's best friend Dominic and he seems to follow Victoria F and only her so far. Maybe there are all trying to confuse people. 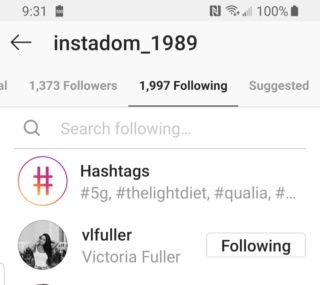 @smg2587
At this point I think there may be people close to Peter who are purposely following Victoria, not because she is F1 but because of the enormous negative buzz that is easy to find on the internet about her. They want to know more and check out for themselves what is going on directly. A similar thing happened with Patrick Brown following Haley las year. This girl will have a lot of ‘ curious’ followers until the various bombs explode throughout the season. And TPTB are licking their lips and twisting their hands in glee!