@GuardianAngel Adam Jr is like the anonymous figurehead/mascot of the Archive.

Yes that's him @GuardianAngel!  The enhancements are only visible on the Archive version of the show so if you're watching via regular/legal TV channels you wouldn't have seen them.

@Bobette wrote:Reddit forbids any mention of The Archive, removes recommendations for it, comments about it, and links to it, so there is no way to explain what's going on.  LOL stupid Reddit (imo

it is completely over the top, but that subreddit has mods who harass their own users via secondary accounts, claim the nasty stuff slipped through moderation but they're the saviour who'll now delete and ban whoever said it... then ban whistleblowers with screenshots of that same mod approving the comments in the first place ( "references available upon request"

). There is an OG Bachelor sub though, it's a private sub for long time viewers seeking more thoughtful contemplation, like a lazy river ride versus a firehose :p

Apologies @Bobette :p watching this stuff 2 or 3 times! Watch this to find out Dark Lord Harrison's thoughts on Danny's confidence AND the Sisyphean punishment you're trapped in

(Adam Jr's location gets posted in the FB group, but going forward I think it will just get linked on the page so it's easier for everyone)

@quick_dry wrote:(Adam Jr's location gets posted in the FB group, but going forward I think it will just get linked on the page so it's easier for everyone)

That would be great!  I'm not a member of Zuckerberg's Facebook cult so not privy to the location reveals. TY for this also. 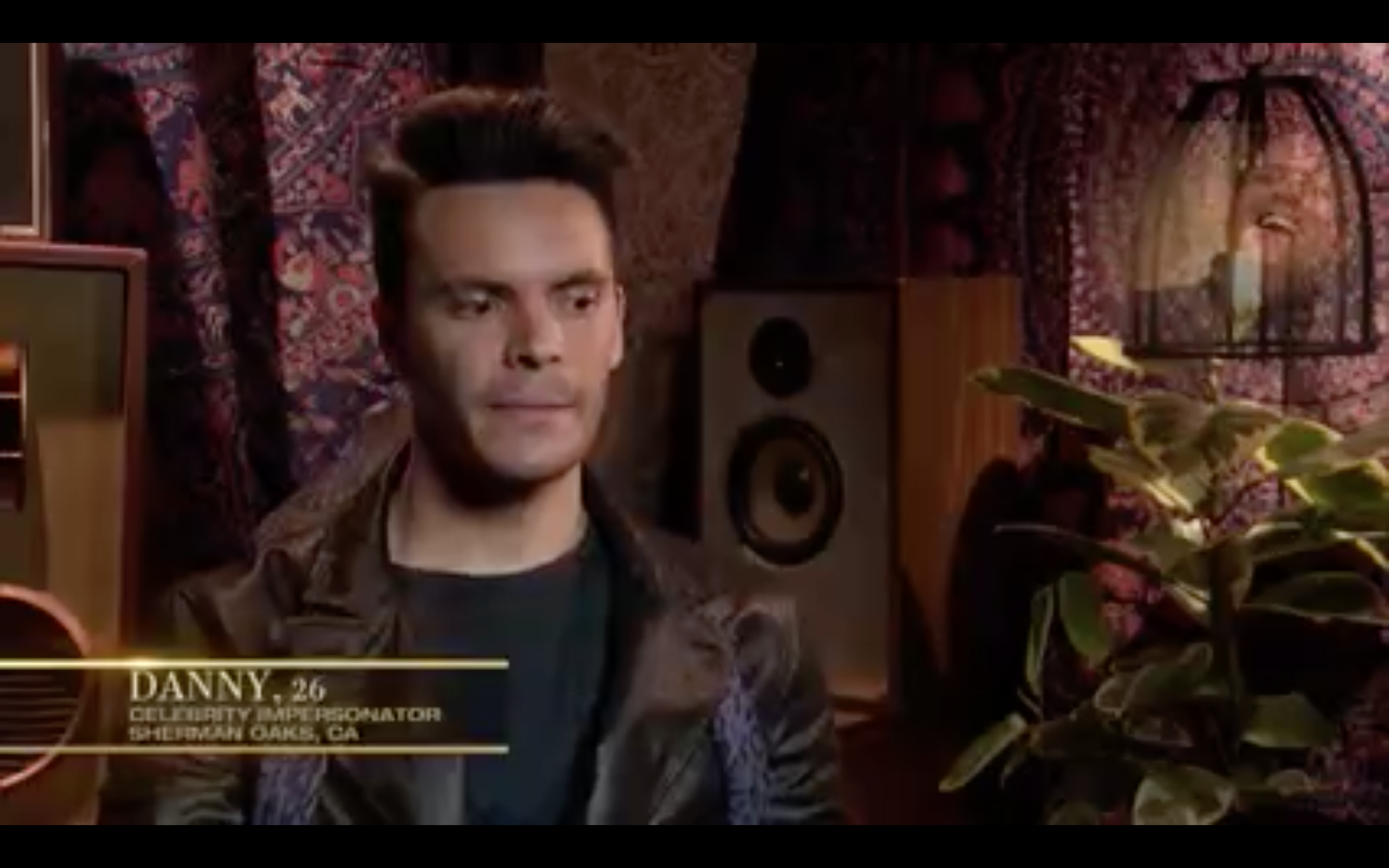 Okay, now we must discuss the current Bachelor Nation drama happening on Monday nights: Listen to Your Heart.

I just watched episode four, and it is wild. The Brandon and Julia of it all — it is absolutely wild. I really do hope that more and more people start to find this show, because it is so damn good. Watching Julia and Brandon go through their relationship, break-ups — it is crazy! I don’t know if we’ve ever had a female character like Julia ever, in the history of any of our shows.

From a performance standpoint, Julia and Sheridan are frontrunners (along with Matt and Rudi). But Julia is clearly way more into Brandon than she is Sheridan. And yet she’s accusing Savannah of faking her feelings for Brandon! Who is being honest in this love triangle?

I don’t know if any of them are! I would say Savannah and Sheridan are definitely being honest. I think they’re definitely trying to be in those relationships. I think Brandon and Julia are either using people or being players, I don’t know. They’re absolutely amazing to watch, both of them. Maybe they deserve each other! It’s fascinating because Julia is clearly not into Sheridan. Clearly, she just wanted to stay, and now bizarrely, in a hypocritical way, she’s judging Savannah and Brandon for being there for the wrong reasons.

People, when they watch Monday night, are going to lose their minds. There are two or three scenes in particular with Brandon, with Sheridan, and with Julia — I stopped and rewound it four times. I was like, “There’s no way that just happened.”

Who do you think are the dark horse couples?

I think everybody can see that Chris and Bri are clearly falling for each other. But I think Matt and Rudi — I think Rudi might be the sleeper of it all. Her voice is insane, and I did not see that coming. And Matt has this very lovable way about him. I think they’re great together. Trevor is also very interesting. Who is he? Is he legit, or is he just this reality TV guy that’s trying to get over on everybody? Natascha and Ryan I’m just not sure to make of them yet. They’re great performers, but are they together? Do they have that chemistry? We’ll suss that out over the next few weeks.

Clearly there are couples in the house that are not sincere, and there are some people that have a wandering eye and maybe not the best of intentions. And [on Monday’s episode], I go in and push those situations. I will shake things up at the beginning of this next episode, and force some of these conversations. That is going to lead to — I can’t undersell this, it is wild what you’re going to see. I don’t know what people are going to think about Brandon and Julia after this, but just know that you’ll definitely have a very strong opinion.

#TheBachelorLTYH promises a tour for the winner, but how will they make up for that in a world plagued by coronavirus?https://t.co/K0rNJ8gnKm

Some subtle textual additions to the Bachelor Archive version this episode.

CH:  Some of you may have realised last night that the chemistry isn't there. 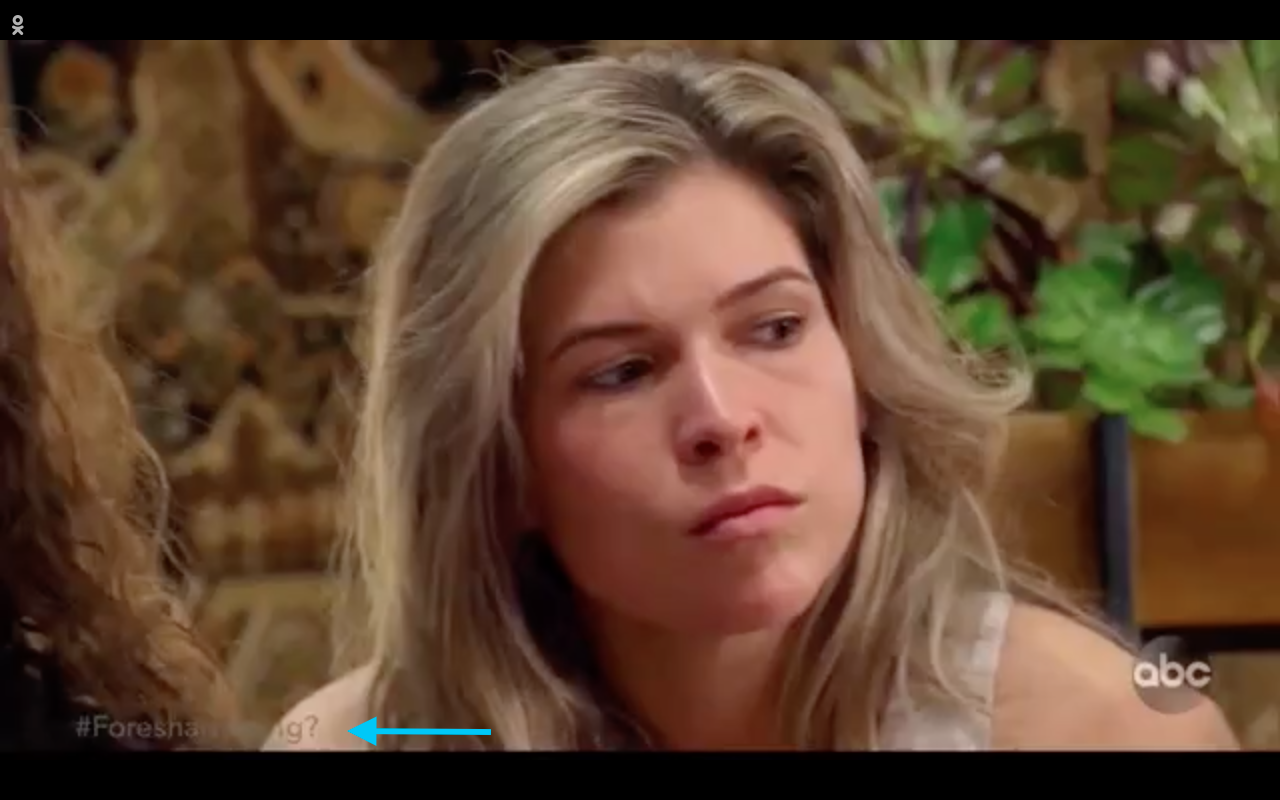 CH:  We're going to put you to the test.  It might strengthen your relationship. 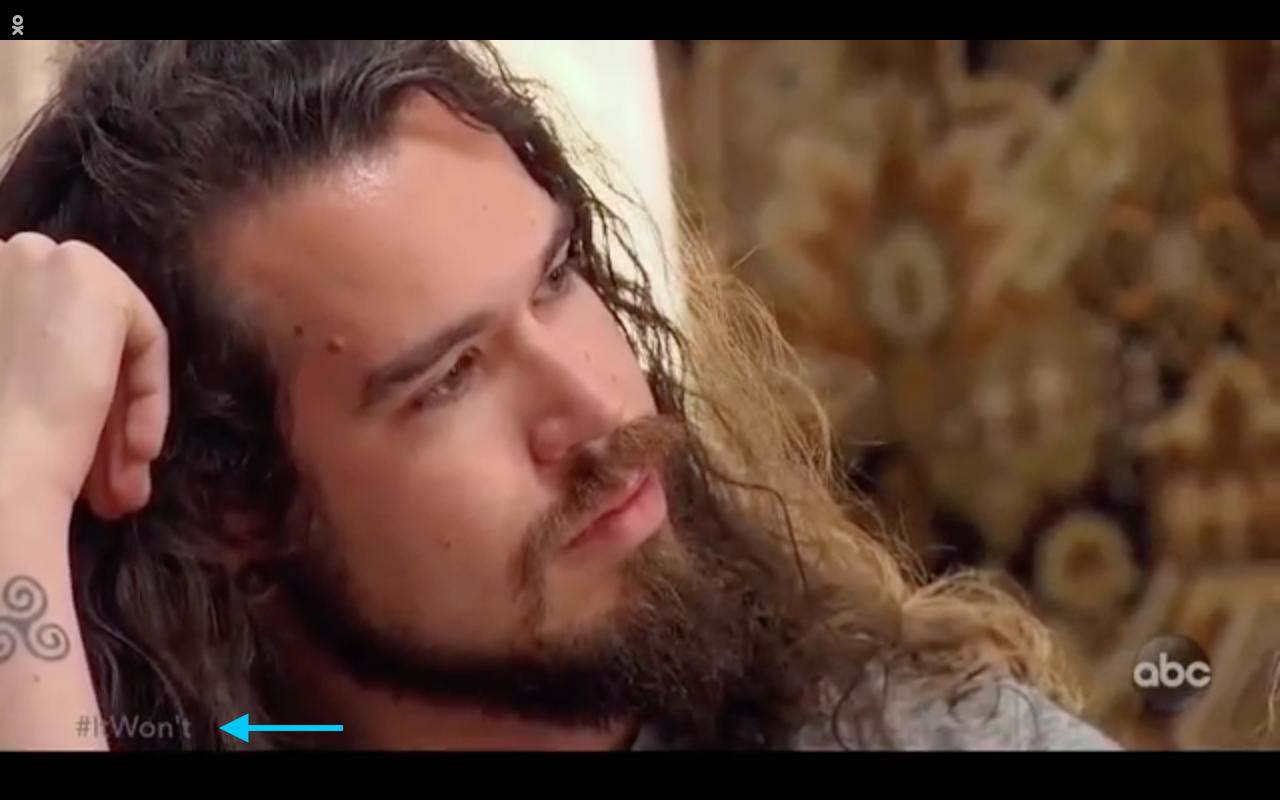 CH:  We need to know you are committed to each other both in music and love... 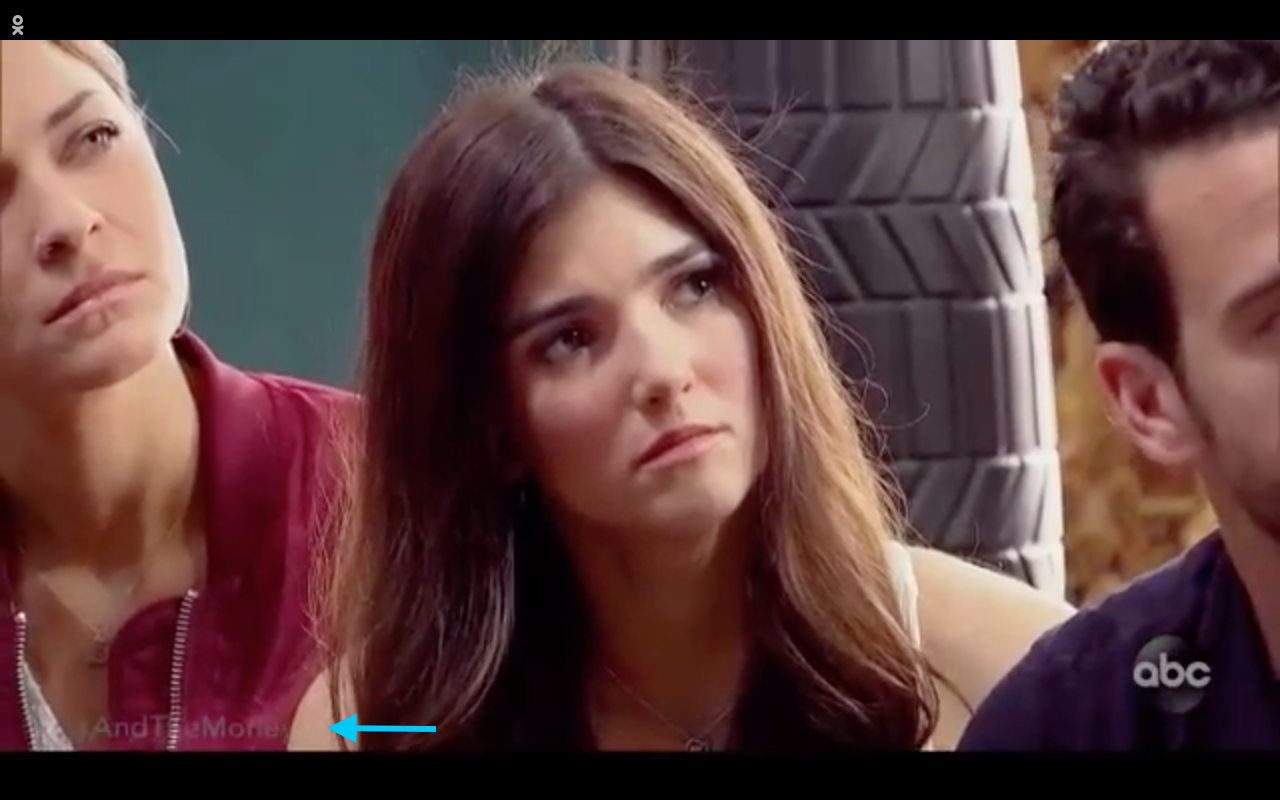 These enhancements to Claire's ad were also a nice touch IMO. 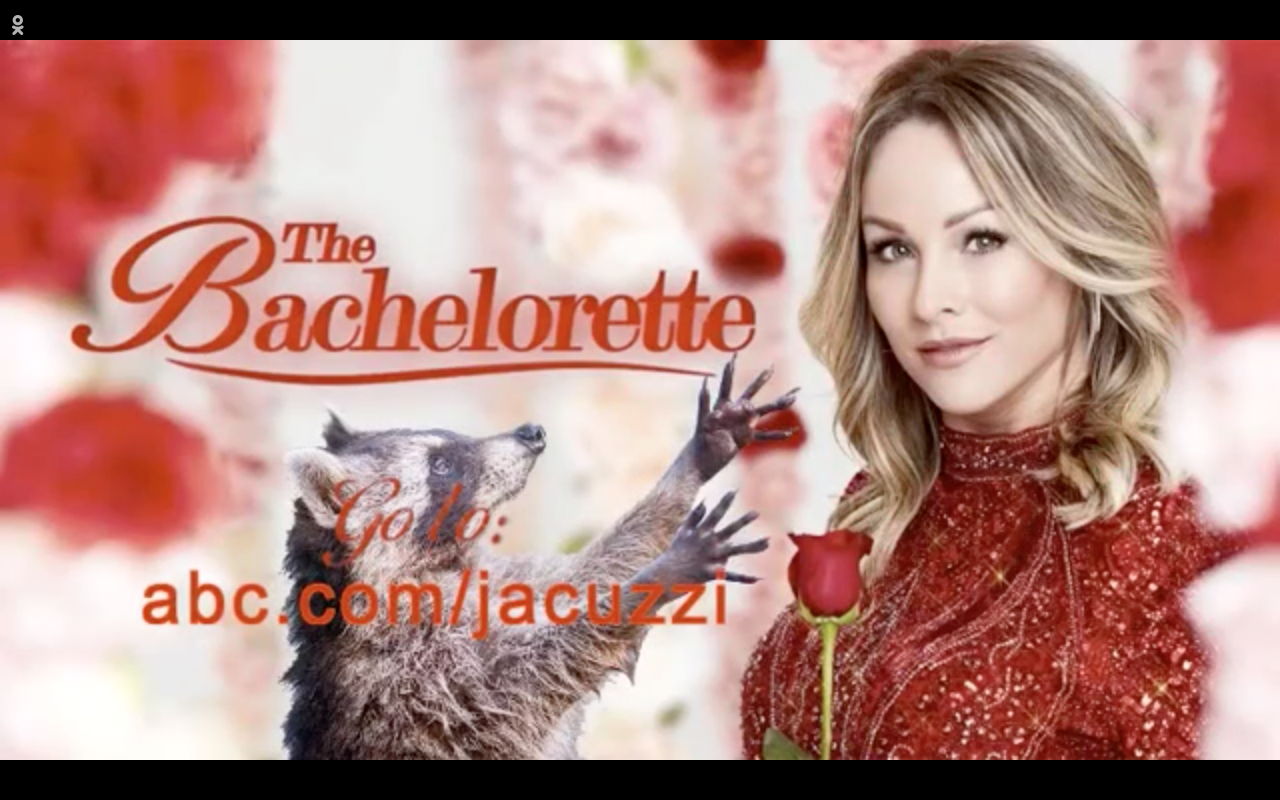 Brandon was on the Rose Buds podcast. He was much more interesting on the pod than on the show IMO. Lots of laughter over “sweetie”. It’s a southern thing that he doesn’t plan on repeating now that he sees how it can be interpreted.
His background was what I found most fascinating. He was part of a military sniper team after which he worked at a Palestinian refugee camp. During that time he took a vow of celibacy while figuring out how his very religious upbringing would factor into his future.
He said that he feels having witnessed a lot of death at an early age in the military has shaped his views on issues and whether they are trivial or large in the grander scheme of life.
He both critiqued and complimented ever woman he was asked about. His strongest bonds were with the men on his season most of whom he is still in regular contact with.
Podcast link

Natascha and Ryan are releasing a single tomorrow (Friday) on iTunes and Spotify called "Bad for You".