Per the couples and just by watching the specials last night.

1. Karen and miles are my favorite. I do have some reservations mostly being their age and whether or not karen will be into him. But I would bet they’d be one of them to stay together at decision day. However I don’t know about forever but wouldn’t be shocked if they become one of the successes.

2. Amelia and Bennet: I’m unsure of them mostly based on their jobs, them having met and whether or not they’ll mesh. Just because there both weird doesn’t equal live.

3. Christina and Henry: my biggest concern for these two is personality and chemistry issues. I don’t know if there that compatible.

4. Brett and Olivia- IMO they 100% aren’t going to stay together and he’ll be another Zach, Brandon....etc.

Definitely a “no” for Brett & Olivia.

@provenceguy I found their IG but I didn't see a spoiler. I looked again it was in their IG Story. 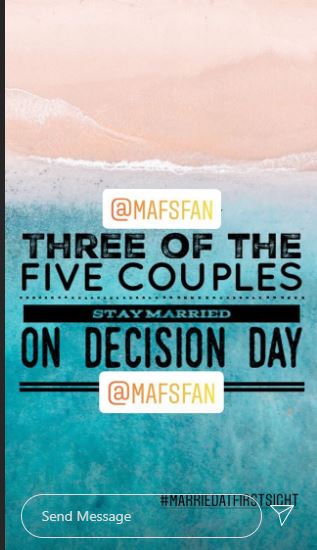 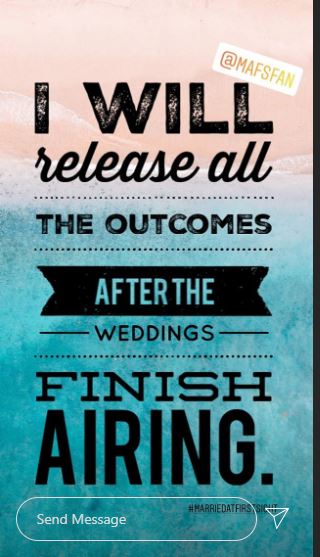 A none watching the premiere tonight?

Correction : Anyone watching the premiere tonight? I don't always like autocorrect.

@suzq thanks for the reminder!!

I enjoyed the episode. I already like most of the cast -- hope Brett becomes more likable. I am hopeful that this season will be better than last season.

And the 3 couples who stay together are????

And when Bennett is dancing with the strippers, it totally looks like he has wet his pants!

Brett is a total TRAINWRECK! Why would they match him with ANYONE? Ugh. He is bad news. He’s behavior says to me, “Cheater, drunk, obnoxious, embarrassing person to have around.”

Amani & Woody - I really like her. But he is too immature, too much of a party boy and too impulsive. I think he just thought, “YEAH! I wanna get married too!”

Henry & Christina - This could work. They’re both “ready”. Both nice, kind people. They’re both a little shy, but I think they can pull each other out of their shells.

Karen & Miles - I love this match. I ADORE Miles. Wow. What a catch! I just hope Karen can get past her preconceived ideas about what “her type” is and get past being hurt. This could be a beautiful match!

Amelia & Bennet - I am most exciting about this pairing. They are both so quirky in so many similar ways. And so many complimentary ways. In one clip she talks about her future husband being a “stay at home dad” who wouldn’t mind not working. In the next clip, he’s asking if he could take HER last name! They are both highly educated. Her education will obviously be the money. But his will provide the philosophical, artistic & musical part that she so enjoys in her down time.

This will either be a perfect match or a disaster.

So which 3 couples did Mafs fan say stayed together?

@provenceguy wrote:So which 3 couples did Mafs fan say stayed together?

I don’t know. We’re suppose to get that answer from MAFS Fan after the wedding episode. But my guess would be Brett and his unfortunate bride won’t make it. And Woody and his bride will also fail.