I can't find any information on Season 8. I would have thought it was filmed already. I created a thread for it and hopefully there will be some news on the next season.

Hence, there’s no need to reiterate why the show is going very strong. And TLC also has no reason to axe one of the staple titles. When renewed, the creators should follow the regular airing schedule that the past three seasons have followed over the years — i.e an annual debut every October or November. So it makes sense to expect 90 Day Fiance Season 8 to release sometime in November 2020.
https://www.thecinemaholic.com/90-day-fiance-season-8/

It says 8 couples, the article says meet the 8 couples, but it also says 4 new and 3 returning couples. = 7

90 Day Fiancé Is Back! Meet the Season 8 Couples in the Dramatic New Supertease

90 Day Fiancé is back for season 8, which will feature some familiar faces along with new cast members.

The upcoming season, premiering Sunday, Dec. 6, will follow four new and three returning couples, all of whom will have 90 days to get married, or else those from outside the U.S. will have to head back to their home countries.
https://people.com/tv/90-day-fiance-season-8-couples-first-look/

Another link that lets me embed pics. There are 7 couples. 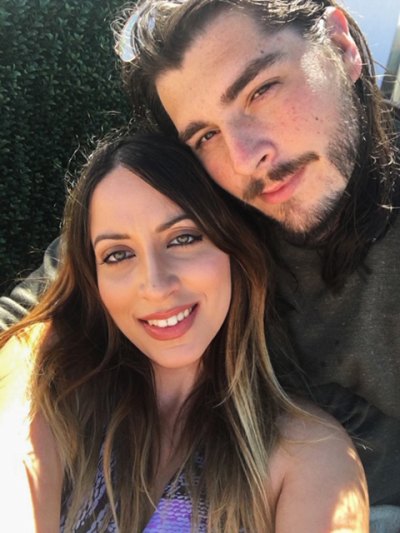 Andrew and Amira
Andrew, 32, and Amira, 28, connected immediately via online dating and after one weekend in Las Vegas, he proposed to the France native. They were approved for the K-1 Visa, but things get complicated since Amira must get into the U.S. before the visa expires and in the middle of a pandemic. 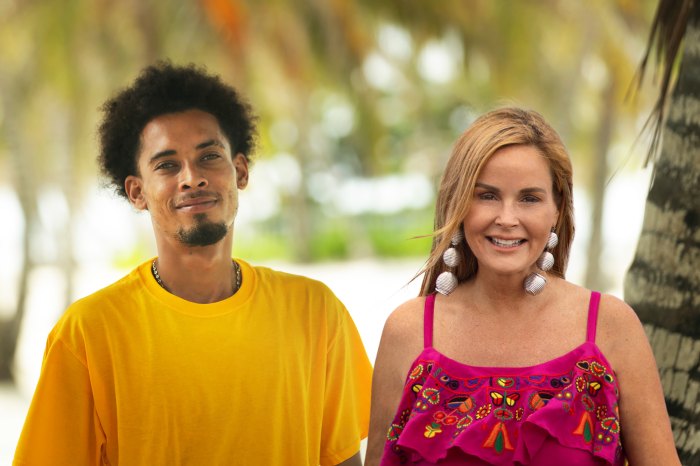 Stephanie and Ryan
Stephanie, 52, is a businesswoman from Michigan who has never been in a serious relationship. However, when meeting Ryan, 27, in Belize, they connected so quickly that she thinks he is The One. Although they fight about his flirting and she supports him financially, they hope that when he comes to the U.S., everything will change. 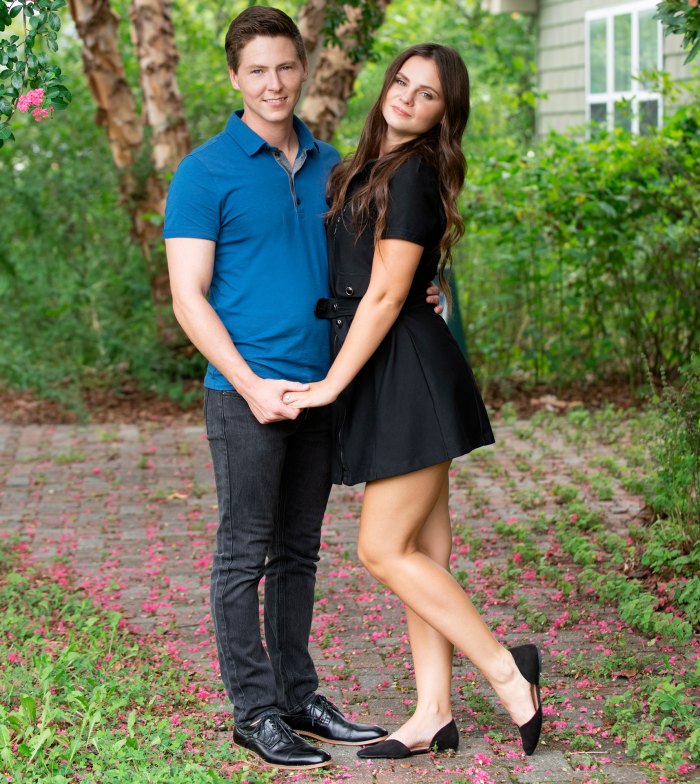 Brandon and Julia
Despite their very different lifestyles, Russian go-go dancer Julia, 26, hit it off with Brandon, 27, virtually. After five months, the Virginia native proposed in Iceland. However, since he spent so much on their relationship, they must live together on his parents' home — and pitch in on their farm. 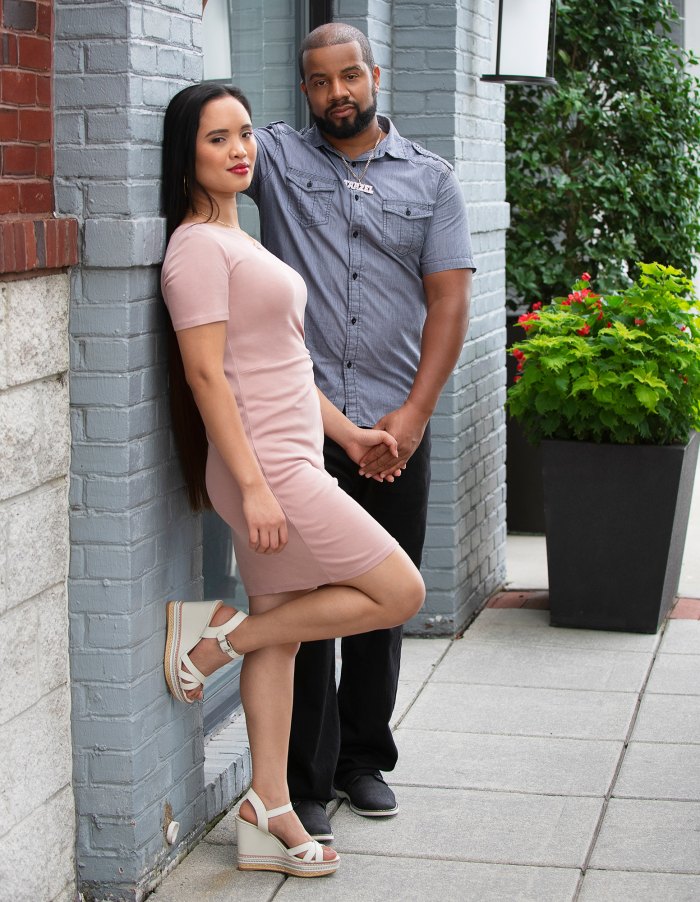 Hazel and Tarik
This pair met in person on Before the 90 Days and he proposed! However, now they're heading back to the U.S. and Hazel, 28, is planning to bring her 8-year-old son, Harry, along. Hazel, who is openly bisexual, also wants to add a girlfriend to her relationship with Tarik. 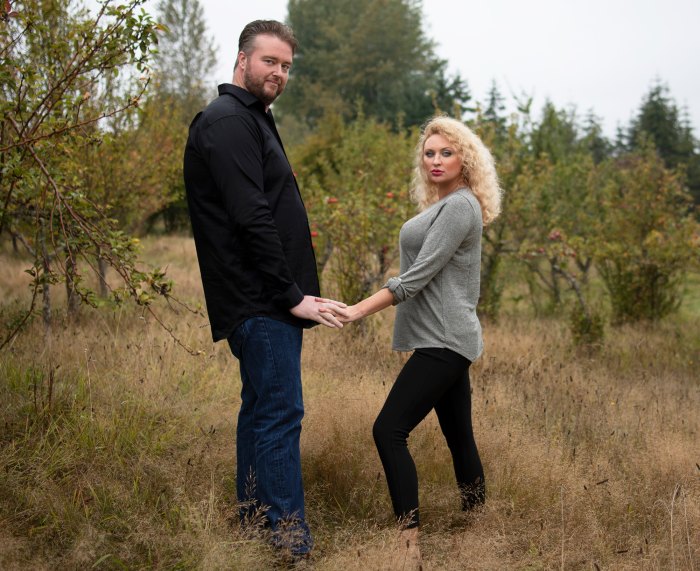 Mike and Natalie
Although Mike and Natalie, both 35, were on last season, they're not in a great place. When the Ukraine native finds out she has to move to the U.S. to be with Mike within 20 days of her receiving her Visa, they both wonder if they'll be OK moving so fast.
(He's the one who was a best man at his female friends wedding, claimed he slept on the couch while she went out to party with friends. Natalie went bonkers on him and went back to Ukraine. 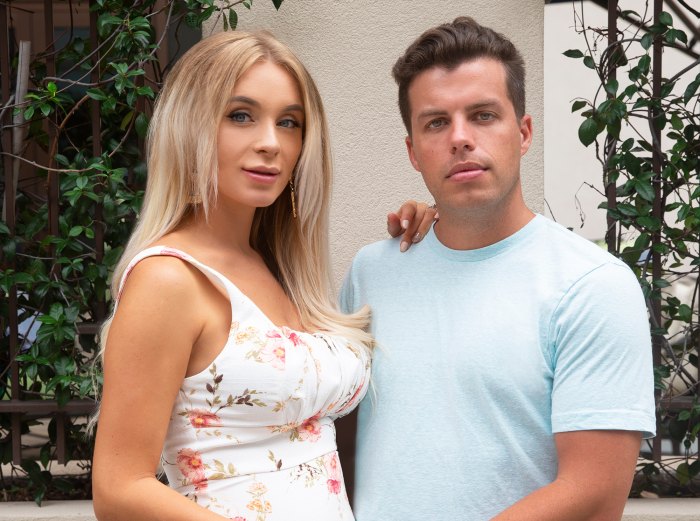 Yara and Jovi
When Jovi, 29, matched with Ukraine native Yara, 25, he thought it'd just be a hookup. However, they formed a relationship, started traveling together, she got pregnant and he proposed. She lost the baby but the experience brought them closer and now she wants to move to New Orleans to be together. Meanwhile, Jovi’s family is cautious and isn't sure she'll fit in. 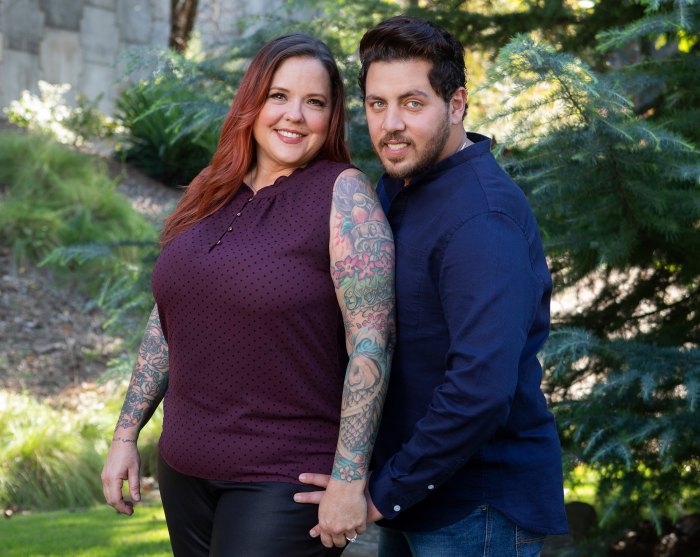 Rebecca and Zied
On Before the 90 Days, Rebecca, 49, and Zied, 27, got engaged and began the K-1 Visa process. However, their differences continue to clash — especially since his conservative religious beliefs are far different than hers. Meanwhile, The Georgia native is worried she's being scammed, and her daughter thinks she could be making a huge mistake by marrying the Tunisia native.

My oh my when one series of this ends, another one begins again!

Well count me in. I recognize the returning couples and I'm surprised they are still together.

Stephanie is 52!? and she wants to be with a 27 yr old?? What the what!? I don't get all these older ladies who want young guys but whatever their lives not mine. 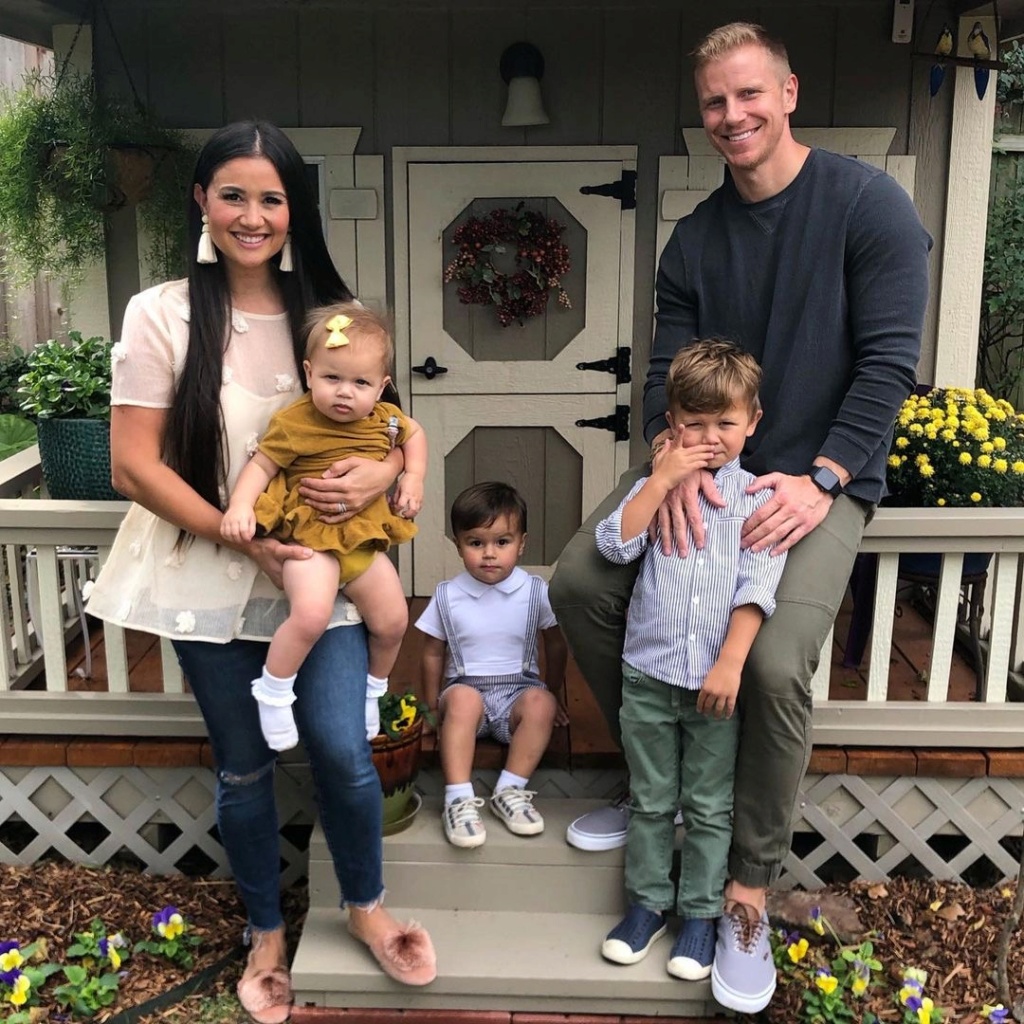 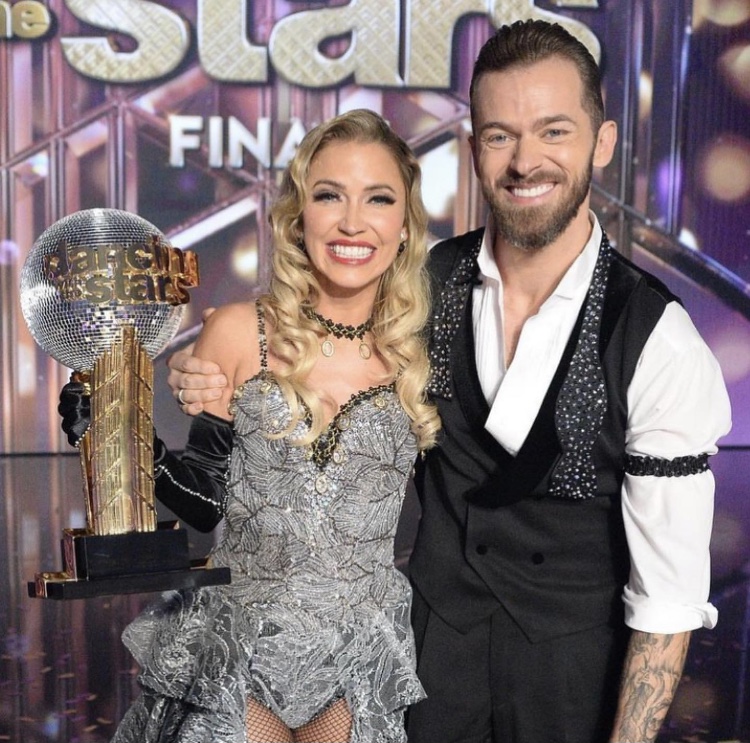 The religious differences is what I don't understand. That is a very important topic between couples.

I don't have a problem with age differences when both are under 40 but when you're over 50 and the guy is not even in his 30's that's more difficult to make it work. Two people in different stages of their life.

Tarik and Hazel are making a comeback... with a girlfriend!🤭 See their unique love story continue on a brand new season of #90DayFiance, premiering Sunday, December 6 at 8/7c. pic.twitter.com/urbYX2tzj2

Well that should be interesting... I'm ready for a new season with new couples and seeing how the other couples are since we last saw them. 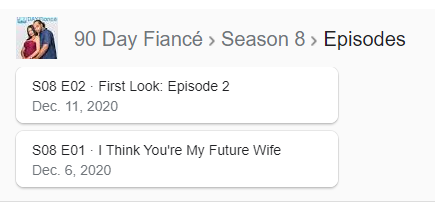 I just noticed there is a "Countdown to 90 Day Fiancé from 5-8pm Eastern!

I have a hard enough time keeping up with this franchise, I don't need them to make mistakes! I checked earlier and my tvGuide didn't have it listed. I just checked this thread, and sure enough it is on and it is airing now that I missed the first hour and a half. There wasn't an epi on Dec 11th. The second epi is called Shame on You. 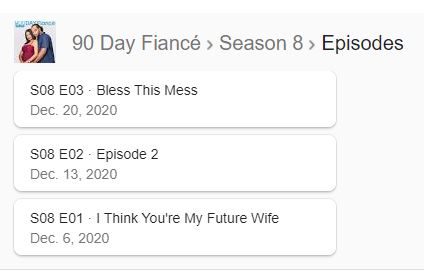 Yara is already getting on my nerves. She is so rude complaining about the new apartment Jovi set up. She wanted a new carpet a new mirror, going through the furniture store wanting everything in sight.

Michael and Natalie are once again fighting. She expects him to take time off work to take her places because she's bored?? Another one that is lucky he has his own house and she could care less.

Brandon's parents are too much.

I can see their point in not wanting them to sleep in the same room since it's their house. Old fashion thinking, as if she can't get pregnant anywhere else.

I wonder what's happening with Amira detained in Mexico City. That was a huge risk they were taking to get around travelling during COVID. 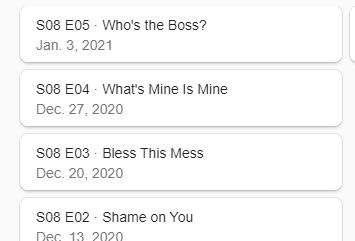 ^^ I'm with you. Jovi is just as bad making a fuss and calling it his apartment. Also he apparently left her after she had a miscarriage. :/ Do they ever have fun together? They have been disagreeing ever since she got to New Orleans.

Brandon's parents give me a headache. So they can sleep in the hotel room together but not in the same room at home.? I'm sure they have made love other places already. Cause I think Julia gets pregnant oh boy! Also they are making Julia work on the farm the next day geeze let her at least get used to her new home/surroundings.

Haven't see last night's episode yet so will comment soon.